Unshrinking the Female Form: An Interview with Artist Amy Ritter 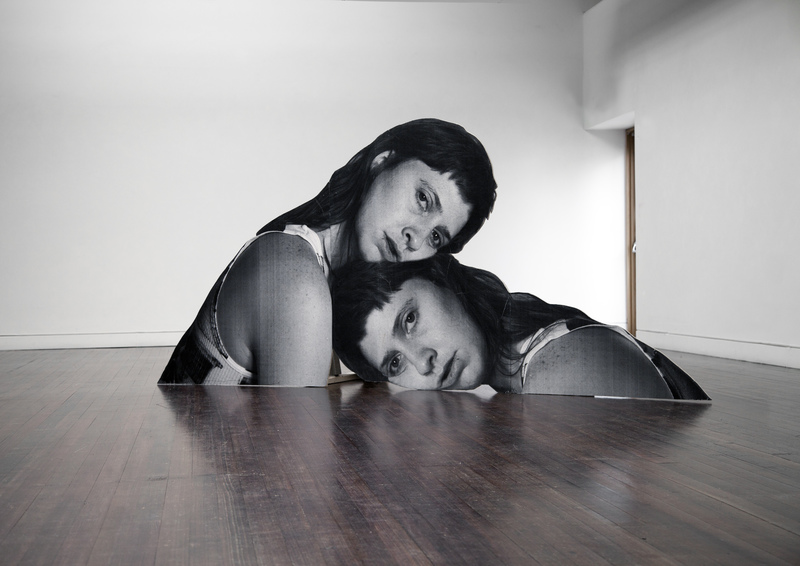 When a male writer recently critiqued Amy Ritter’s work as “coming off a little self-indulgent,” the words of Ngozi Adichie from her widely acclaimed talk “we should all be feminists” immediately came to mind.

“We teach girls to shrink themselves, to make themselves smaller.

We say to girls: You can have ambition, but not too much. You should aim to be successful but not too successful, otherwise, you will threaten the man.”

Amy, who has work in an upcoming show at the Socrates Sculpture Park in New York and another at the Museum of Sex currently on display, makes monumental sculptures of her own body out of cheap, inexpensive materials like Xeroxed paper and concrete.

She is, by no means, shrinking herself. She is doing quite the opposite. By blowing her body up to huge scales, she is taking up physical space with her body—and getting noticed for it.

Trained as a glass artist, Amy Ritter started as a painting major in undergrad when she was drawn to the community aspects of making glass. “The glass studio was like a party—you get to work with a strong group of people.” But, things started to shift when she began to love the performative aspects of glass working more than the actual objects. In full-on grad school existential crisis, Amy tried to understand how she felt about these objects.

Putting the glass forms on her body, she photographed them in an effort to relate to them. Eventually deciding to remove the glass objects altogether, Amy began photographing her body in classical postures and playing with gaze and scale.

The work that Amy currently makes has been largely influenced by this trajectory but bears little resemblance to her early glass works. Instead, glass has been swapped out in favor of makeshift materials. Materials that, she says, reference her childhood.

We got the chance to catch Amy in the studio to pick her brain on the evolution of her artwork, finding success as an artist in New York, and the real struggles that come along with both. 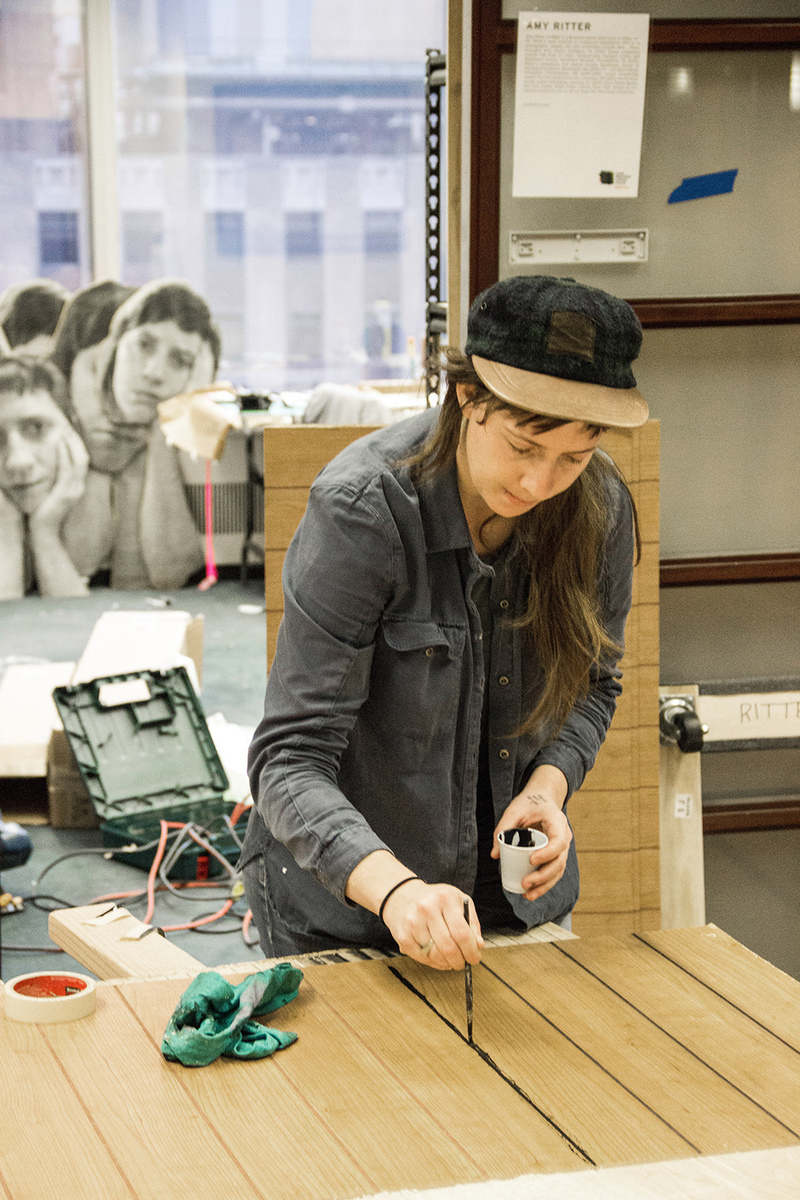 Photo of of Amy Ritter at LMCC by Jonathan Patkowski

Was there a conscious shift away from using glass in your artwork?

Glass has changed my relationship to art—it has taught me craft, skill, and how to make things. You have to be fully present. You have to finish the piece. There isn’t walking away.

It was the discipline of the craft world that has informed my work today. If I didn’t go through all those steps, I wouldn’t be at the work that I’m making now.

What is your intention with scale?

The way I use scale is very literal in that I want it to be real. It is a staging of this memory-scape or world that I want to invite the viewer into.

Sometimes, I scale the work up because I feel like it needs to consume space. A work that is smaller than a person doesn’t have the same impact. I’m less about making a show that is about the busyness of 50 ideas and more about one idea. And that idea is about taking up space—especially with the female body.

My body is just another art material. It’s cheap. It’s free. I can access it anytime. I use the body to portray a feeling.

Whenever I go back home I feel like I’m going to live on a set. Now, I feel like that space has shrunk. I never had space growing up and a lot of my work is about taking up that space. 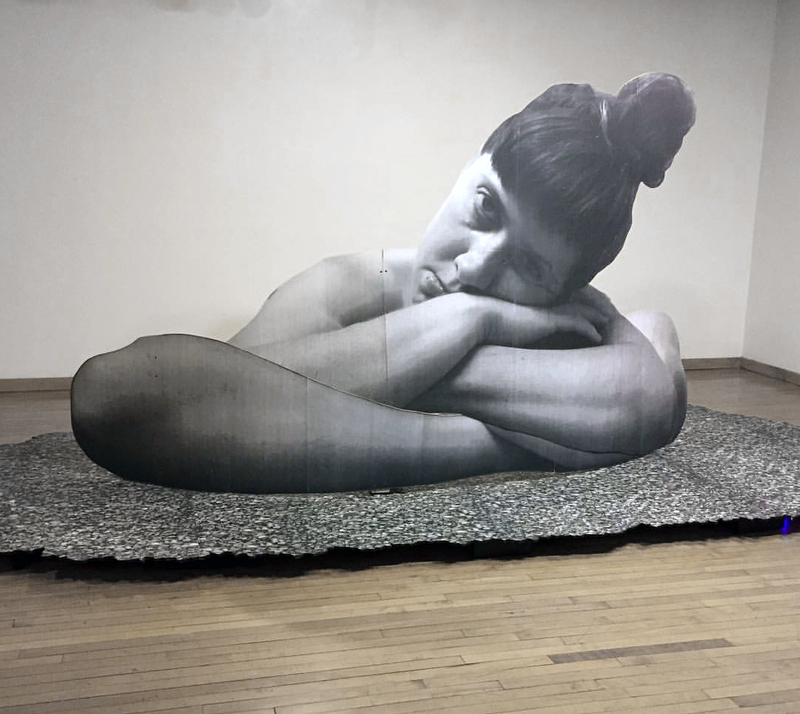 Tell us a little bit about what is going to be happening at the upcoming Socrates Sculpture Park show?

This was the first show proposal that I wrote. It’s about bringing suburban culture and low-income lifestyle to a city-like place. It’s more about the absence of the home than about the mobile home itself.

Mostly, mobile homes don’t move, and when they do, it’s because they are getting thrown away.

There will be a mobile home lot with a perimeter of full grown plants. When the home has been removed, it leaves the idea of the home.

It’s the first time I’ve done something like this. I won't technically have to make anything. It’s mostly figuring out where to get things and maintain things. I’m hoping to work with my whole family on this show. 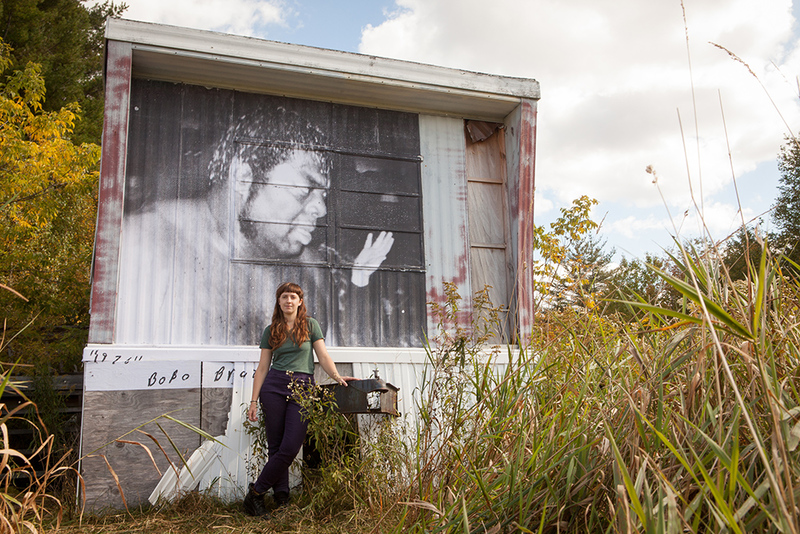 Photo of artist Amy Ritter with her work by Monica Frisell

What have the first few years out of an MFA program been like for you?

It feels like a thousand years ago. As soon as I got out, I ended up in a residency at Vermont Studio Center.

I applied to everything. I spent so much on application fees. I applied to so many residencies. For a little bit, I had a studio in Philly and ended up doing a lot of street art because I didn’t have enough space inside.

At all of these residencies, I was completely broke.

It’s interesting because when I was at Skowhegan, I found out I got the Lower Manhattan Cultural Council sculpture grant. I let luck lead me, and all my stuff fit into a car at that time, so it was easy to take opportunities.

I had to move to New York with a hundred bucks in my bank account after Skowhegan. Without the LMCC program, I wouldn’t have been able to do it. They gave me community and a workspace, and it seemed like after being in New York, one thing leads to the next.

I ended up doing Spring Break Art Fair and met Lawrence Miller, who bought my photography series. He then started selling my work to other people and one thing leads to the next.

Trying to pay for a studio is hard as an artist. You never know where your money is coming from. As an artist, you just have to decide on that lifestyle. You have to decide that you are always going to the studio—every day. That has always been my mind frame. 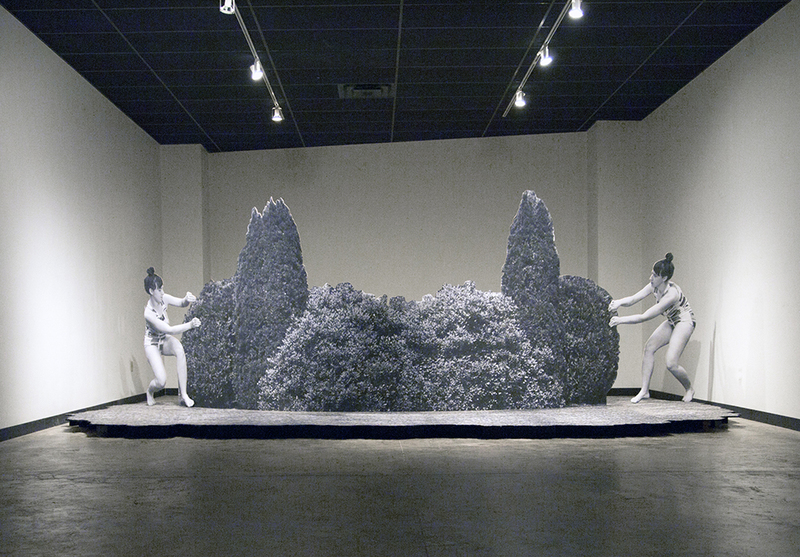 As an emerging artist that is showing a lot,  why did you decide to use an art inventory tool?

Once I started selling a lot and showing a lot, I felt like I was losing myself.

I knew I needed to get organized. I think that’s the most important thing as an artist is that it is a business. The more organized you are, the less stressed out you are.

Artwork Archive is so easy to navigate, so every day I add one or two things. I’m not good at organization naturally, but it’s one of those things I wish I did several years ago—even before grad school.

I was always forgetting sizes and measurements and then playing catch up before it.

My recommendation to everyone else is to start now! Don’t wait until later because there is never a convenient time—but, being in charge of your business relieves a lot of stress.

I don’t know why it’s so hard to ask for money for things that you need. Maybe because it’s a private thing. I think the biggest thing is to talk to your peers about it. That’s what helped me start asking for what I need. Institutions aren’t just going to give it to you without you asking for it.

I’m not sure if it’s a gender thing, or the way I grew up, or a thing for everyone. It’s hard to ask for what you want sometimes. They don't teach you the business side of things in school. If people accept things for free, they kinda ruin it.

We had an advisor help with finances and she was saying artists are some of the best financial planners because we are extremely resourceful. Even if I’m not keeping a spreadsheet, I’m used to how to spend my money. I always choose to pay for my artwork over going out.

Never do a show without getting money. You have to have your expenses covered. If they can’t get it, fight for it, because you deserve it. They are expecting something from you and you need to produce it. 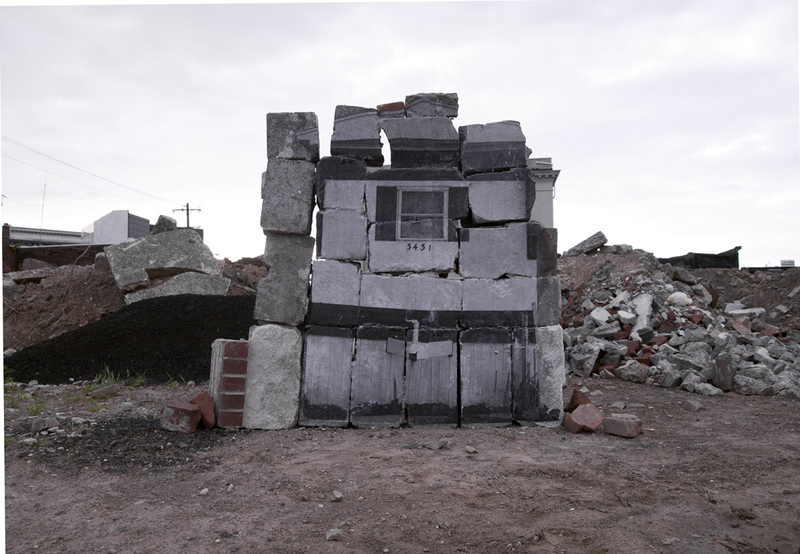 Do you have a daily routine when you get in the studio to get into the flow?

The whole battle is showing up. Even if you show up and you watch Netflix ... who cares. It’s just that muscle memory of going there.

Sometimes I go and I don’t do anything. I don’t think you can expect yourself to make. It takes me a long time to make things. Sometimes, I just mess around. I like to go to the studio and talk to the other artists—community is really big to me.

Read more about obstacles that hold artists back and what you should give up to find success in your art career. 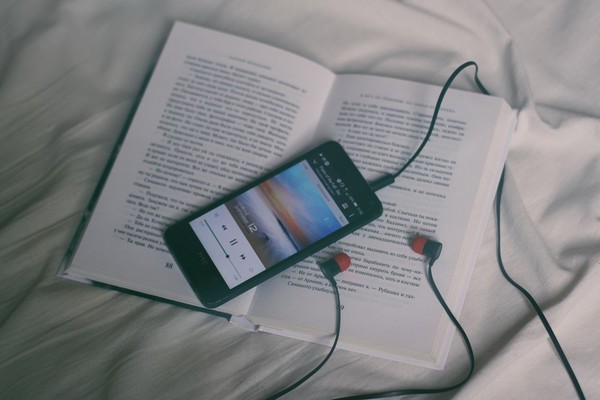 LISTEN: Organizing Your Way to a More Successful Career

Listen as co-founder Justin Anthony talks about the best ways to organize your art career to achieve success without the stress—all on the Art NXT Level podcast. 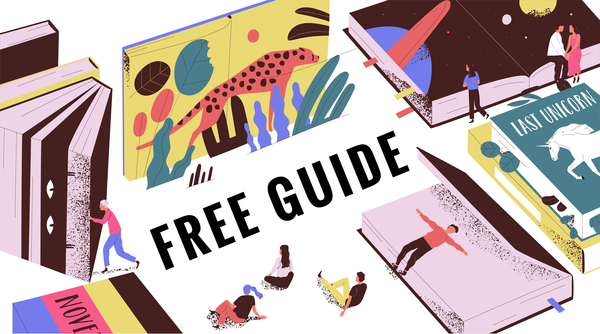 An artist's guide to how to price consistently and for profit. 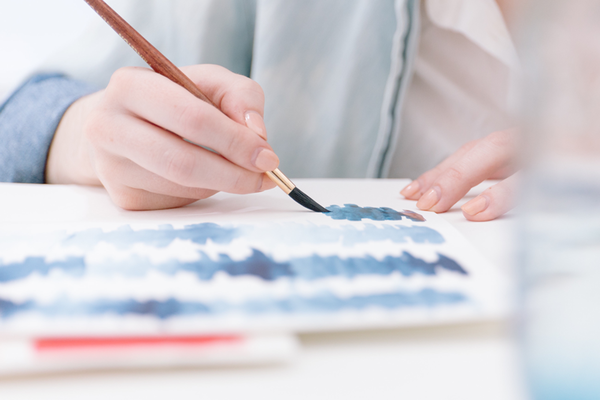 First time teaching an artist workshop? Take a deep breath, then follow these 8 handy tips to help conquer the classroom. 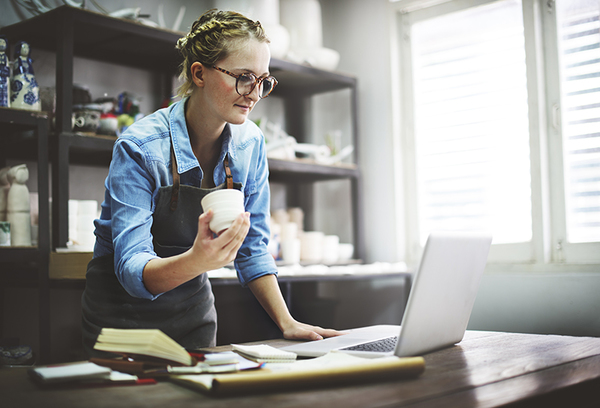 How to Organize and Track Your Artwork