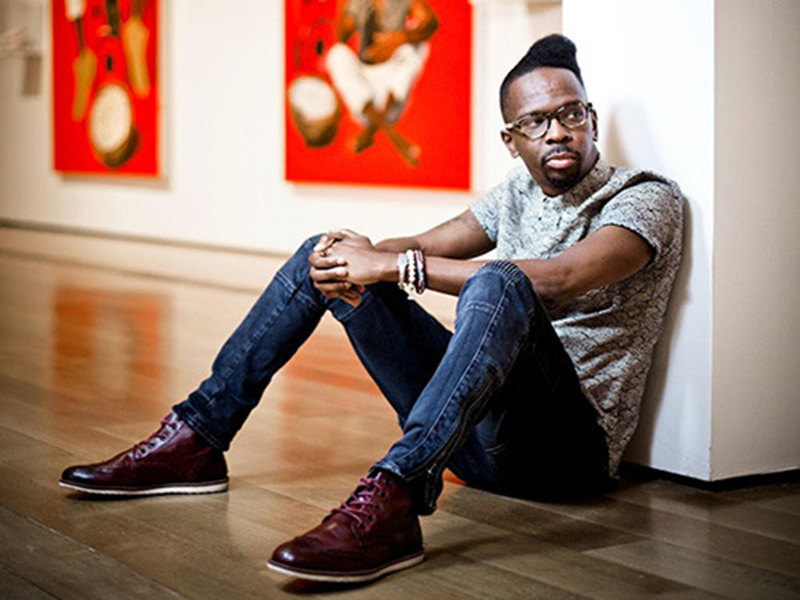 We recently had the privilege of spending an hour with artist and scholar Fahamu Pecou to learn about his journey to becoming one of the most talked about young contemporary artists. Currently a Ph.D. student at Emory University's Institute of Liberal Arts, Pecou maintains an active exhibition schedule and travels nationwide to give public lectures at colleges and museums.

His work is featured in numerous private and public collections including the Museum of Contemporary Art Georgia and the Smithsonian’s National Museum of African-American History.

Fahamu shares how dedication to his work and a commitment to the hustle helped him achieve the success he has today.

See some of the work that launched Fahamu’s career on his Artwork Archive profile.

AA: You have spoken out about the intersections between art and hip-hop. Can you elaborate on what those interactions are?

FP: A few years ago, Jay-Z performed at Pace Gallery in New York City and did a great job talking about how at the beginning of the hip-hop movement there was never a separation between visual art —mainly graffiti—dance and music. But, as hip-hop grew in popularity and economic value, rap was pulled away as the face of hip-hop. Originally, there was no distinction between visual arts and music. I would like to take down that border again. Hip-hop is not just rap. Visual arts are a part of hip-hop as well.

Hip-hop takes the things people frown upon and reposition it into things of value using poetics.

Visual elements can be brought together—themes of dreams and aspirations—to create art and make sense of the things people don’t normally put together. 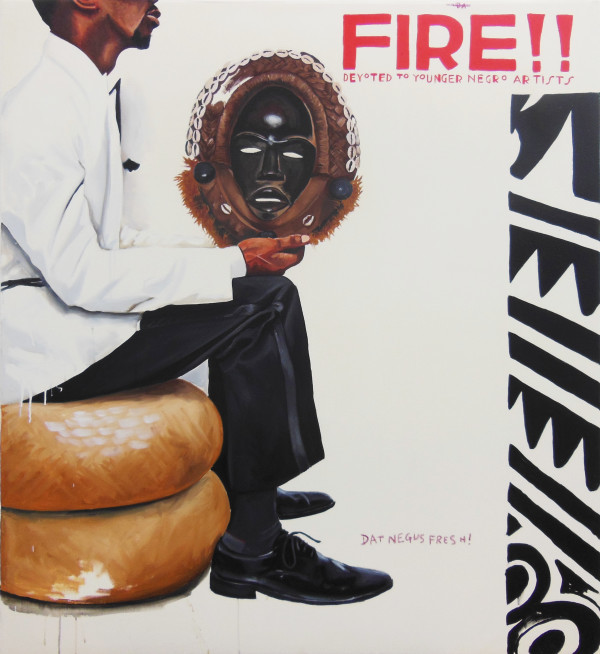 AA: What do you want viewers to see in your artwork and understand about contemporary representations of black masculinity?

FP: My early works were deeply rooted in hip-hop iconography and people were entertained by the character I created, but not the deeper issues. In 2008, I shifted and stripped back the exterior elements of my work. I made a strong focus on the central character in my pieces to examine how we read black masculinity.

You will see that I am the model in my work, but it is not a self-portrait. I am using myself to embody stereotypes and am performing within that. I took everything else away and added strong cues, so viewers could focus on the message.

People bring their own biases into view when they see my newer works, but I use these cue to help pull them out of their initial thoughts. I’ve recently called it “subverting the gaze”, and am still working on describing exactly what that means, but the gaze of others is a violent stripping of a person’s humanity and someone else's meaning being forced upon you. By subverting the gaze, I am taking the meaning most people know and using visual cues to distract them from those original preconceived notions. I position these cues in a way that demands you look at them. Then, the subject has commanded your gaze instead of the original mindset you held.

I try to make you question what you know.

AA: What do you think has been the most significant project or accomplishment you have achieved in your career so far?

FP: DO or DIE: Affect, Ritual, Resistance is a body of work that is representative of many of my artistic and scholarly ideas and is actually my dissertation. The idea behind the work is to resist the spectacle of black death that has been so often portrayed in the media.

Most recently this has shown up with the Black Lives Matter movement and videos showing police violence. Black people should not have to walk around feeling like death is always coming for them; they become fixated on that idea. I want to strip away the validity of that message.

I use ideas from Ifa, a religion originating in West Africa, to reframe how we understand the ritual and spiritual aspects of death. Death is not a finite thing. It is a part of life. There is birth, life, death, and what comes after death. The work has images of ritual iconography as a form of resistance to the notion that death is the end. This work has also allowed me to use all of my creative outlets: performance, painting, drawing and video. 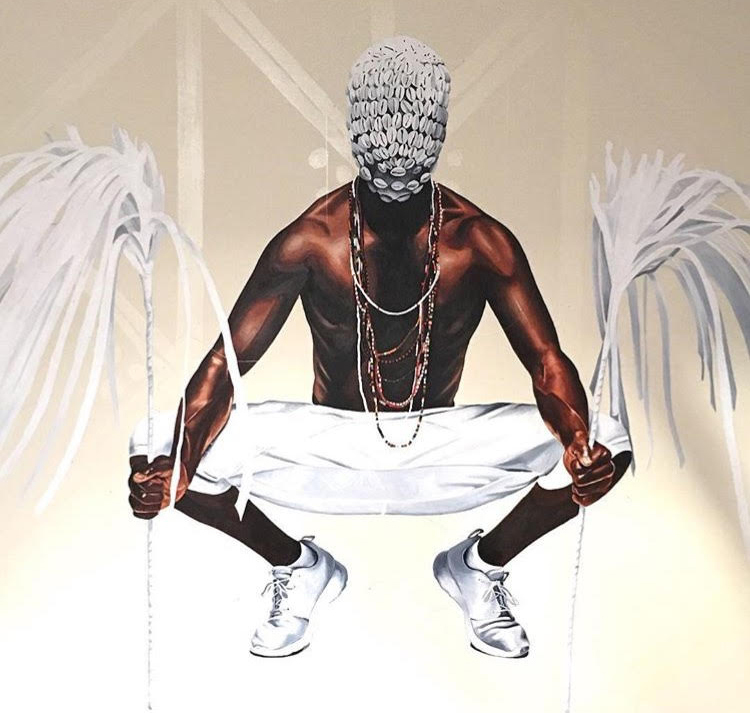 FP: My goal is to create a conversation with the young black male community. I know they may not always be my audience, but that is the goal—to speak to them. Growing up, I didn’t have models in my life to show me how I should be as a black male outside of the stereotypes I was faced with. All the stereotypes never fit who I was growing up. I wasn’t an athlete and I didn’t like confrontation or violence. Those are archaic and rigid ideas of what a black male should be and it’s important to interrupt those ideas.

For a young person, those stereotypes can be overwhelming. How are they supposed to find a place in between what people believe they should be and who they really are?

Although reaching young black males is my goal, we are all humans and get put in restricting boxes. In a way, everyone can identify with some of those challenges. I present it in a way that shows the humanity in those experiences to make it relatable to everyone.

AA: You have an impressive amount of solo and group shows under your belt so far. What tips can you give our artists who are struggling to get their work into galleries?

FP: It sounds cliche, but it’s true: There is no such thing as luck. You just have to be prepared for opportunities when they come your way.

I hated hearing that from my professor and mentor in college. I was just like, “can he stop saying that!” Once I graduated and started facing resistance, I just kept creating. If I went to a gallery and they didn't want it, I went to a coffee shop.

At a point, I went to every gallery near my studio—at least twelve—and they all told me, “We’ll call you.”

I never considered a gallery nearby because of a lack of prestige. One day I ran into the owner and asked if he would wear one of the t-shirts I was making for an event that night and he agreed. I ran upstairs to get it and when I came down he was shaking his head. He said I should put my work in his gallery. I did … and they sold immediately. We put more in the gallery and they sold as well. Then, he said I could do a show and that sold out. More shows started coming in and those sold out, too. 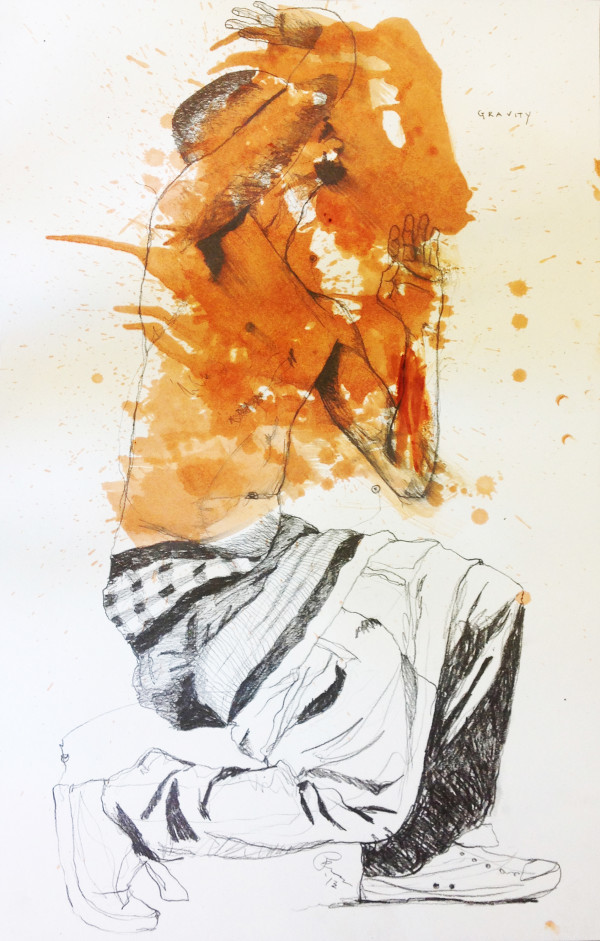 AA: You also have a great social media following and online presence. How do you balance creating work, marketing yourself, and your studies?

FP: I don’t have to think about balancing it all. They are all creative mediums for me. Once social media took off, I saw it as another space to create things.

Social Media isn’t about creating an online presence for me, it's about having another medium to create in. If you’re struggling to get a handle on social media, marketing and everything else, just try to have fun, and make creative projects out of the things that may seem like extra work.

AA: Is there anything else you want people to know about your work as an artist?

FP: I definitely believe that in order to grow and be ready for opportunities, you need to have good records of your work.

I’m currently reconciling 13 years of work for the Halsey Institute of Contemporary Art in Charleston, South Carolina. They are putting together a catalog of my work proceeding an exhibition I had there last fall. I have always been good at keeping records —just not always in the same place.

I’ve been using Artwork Archive for the last three years, and it’s been nice to document everything in one spot. There is no need to reinvent the wheel. It is an easy way to just plug and play when you need to add more works to your profile.

Be prepared for any opportunities that come your way. Get your artwork organized with Artwork Archive. 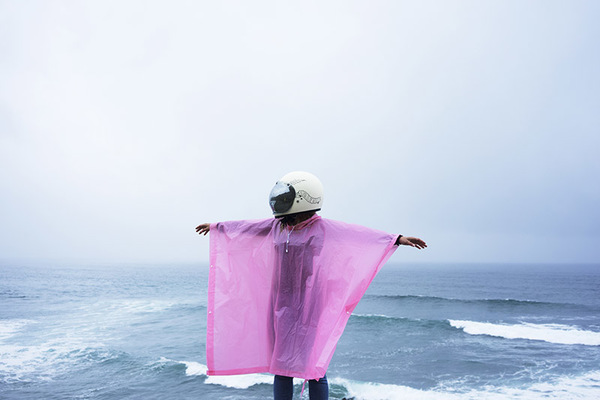 Every deadline for art opportunities, artist grants, artist residencies and art competitions coming up in March. 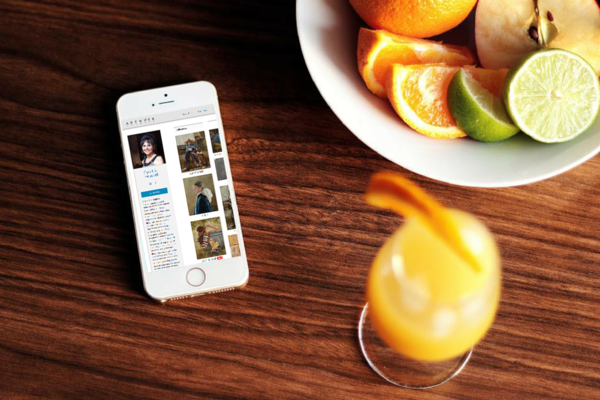 8 Ways to Promote Your Public Page to Increase Sales

Want to see benefits from your Public Page, but don’t know how to spread the word? Here are 8 ways to share your page! 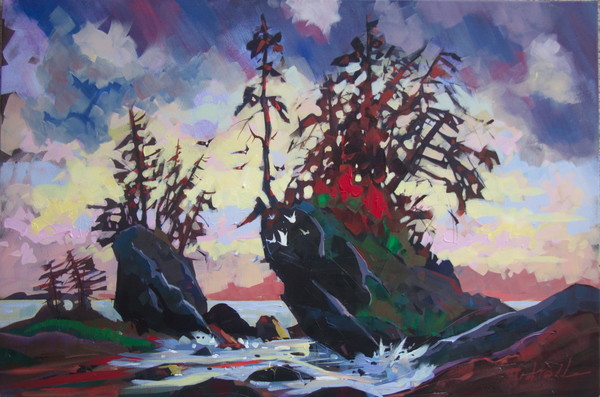 Have Art Careers Changed in the Last Decade?

How might they change in the next one? We asked seven artists to weigh in. 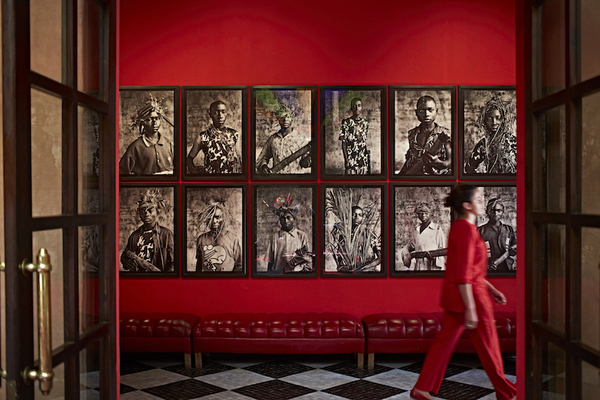 Looking for new exhibition venues? Your art career can grow overnight at hotels.