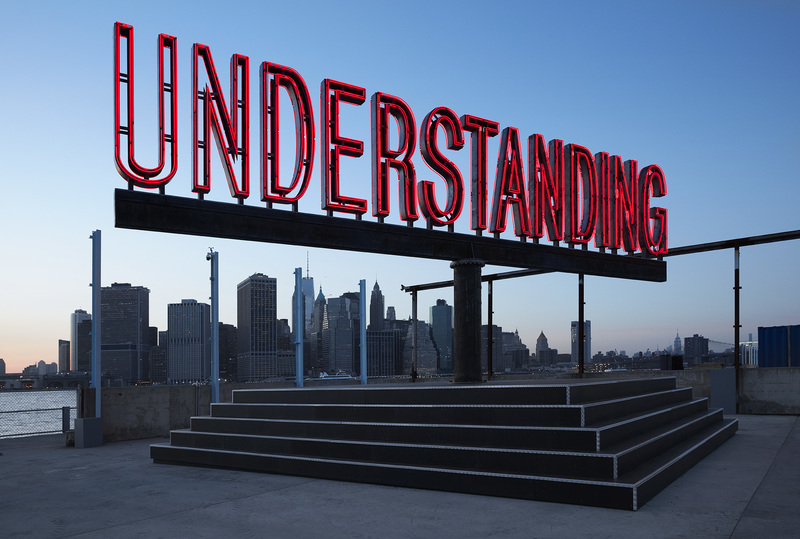 WORK No. 2620, UNDERSTANDING, Martin Creed. Photo by Jason Wyche and courtesy of the Public Art Fund.

Trying to fit in one more adventure this summer? What could be better than a cross-country road trip to see some of this year's best public art installations? From New York to California, and a few places in between, we rounded up some of the most intriguing, interactive art exhibits. Spoiler alert: there are giant bunnies involved.

So pack your back, break out the map and hit the road for this summer's hottest outdoor art exhibits.

Martin Creed won our hearts with his worldwide neon installation “Everything is going to be alright.” He’s taking it to a new level now with his largest public sculpture to date, a 25-foot tall rotating neon sign, with the steel letters “UNDERSTANDING.” The acclaimed British artist opened WORK No. 2620, UNDERSTANDING on Brooklyn Bridge Park’s Pier in May. The rotating neon sign is a project of the Public Art Fund and rotates at different speeds randomly, according to a computer program Creed set up. As with most of his work, this everyday word can be interpreted as either a call for understanding, a celebration, or an urgency.

After learning the abandoned aquatics center on Rockaway’s Fort Tilden was going to be demolished following Hurricane Sandy, MoMA PS.1 Director Klaus Biesenbach had different plans for the building. A few years earlier Biesenbach had seen a building German artists Katharina Grosse had transformed with vivid colors following Hurricane Katrina. He invited the artist to make a temporary installation out of the neglected buildings out on the peninsula. 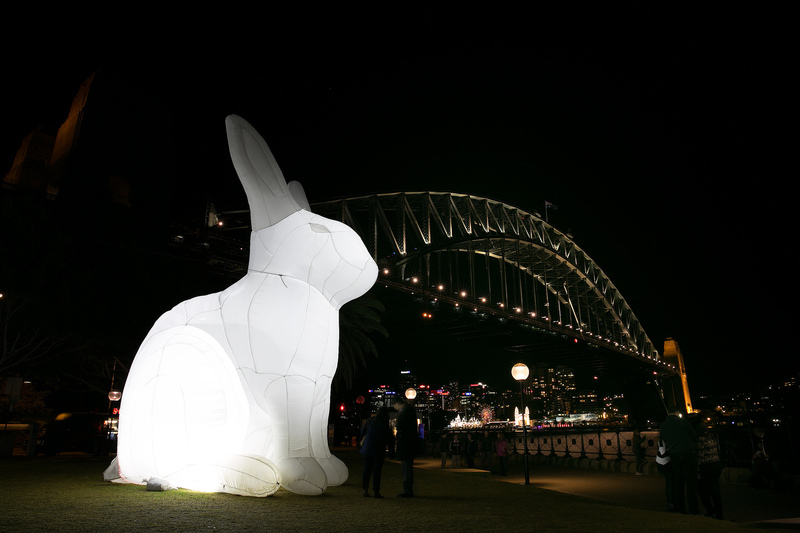 Intrude by Amanda Parer on view at the Lumina Festival in Cascais. Photo by Mixy Lorenzo, Creative Commons 2.0

Amanda Parer’s inflatable bunnies have been jet-setting around the world to different festivals all year. You can see these bright white, 20 ft tall rabbits in Las Vegas this Fall as they make their short US appearance between Portugal and France in late September.

While the animals have quite a bit of adorable whimsy to them, Australian artist Parer created them to bring attention to the ecological destruction they are bringing to her home country.  Rabbits are an out of control pest in Australia and according to the artist are bringing a great imbalance to native species. She now, quite humorously, brings these rabbits around the world to “intrude” on other lands.

Des Moines is the lucky home to an impressive permanent public art collection. Installed in 2013, Olafur Eliasson’s Panoramic Awareness Pavilion is made up of 23 colored glass panes that interact with a light source in the center of the pavilion, lighting the surrounding park up in a kaleidoscope of color.

Viewed as a rainbow spectrum of ROYGBIV from the outside, Eliasson views the pavilion as an “orientation device” in which you see the world through the side of blue, or orange or yellow. Speaking from experience, it’s also pretty fun to gather inside and, of course, snap a few photos. 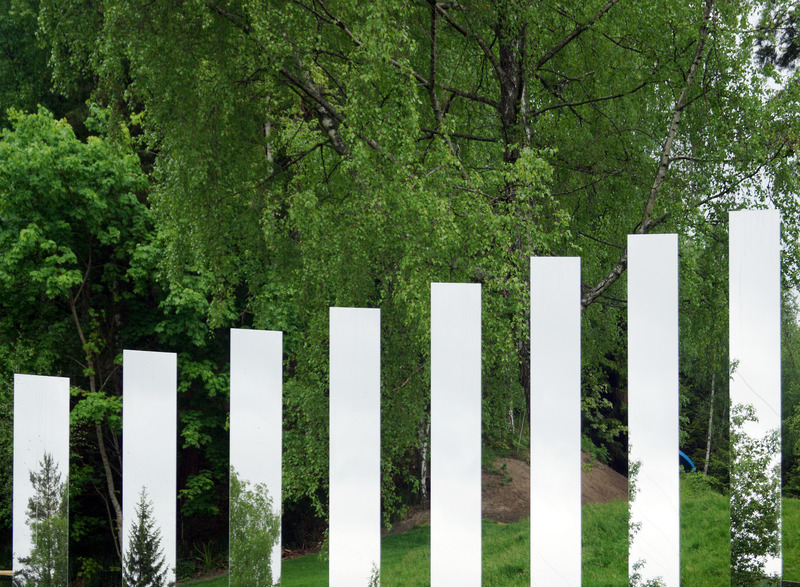 Known quite well for his inventive, witty and still minimal sculptures, Jeppe Hein is installing one of his mirror labyrinths in Boston this August. The vertical mirrors will be set up to mimic the drumlin hills in the Trustees, Massachusetts largest conservation project.

As part of a two year public art initiative, The Trustees are starting their “Art and Landscape” program off strong with Jeppe Hein’s “A New End.” The site-specific work has been enjoyed in different iterations across the world and Bostonians can look forward to seeing the sculpture in a new light as it experiences the seasons over the next year.

Perhaps known best for his innovative work with light and the public space, Dan Corson’s latest work is an interactive tunnel made out of thousands of painted circles and illuminated rings installed under a highway underpass in San Jose, California. The rings are programmed to play a variety of patterns but are activated when cars, bikes or people pass under the bridge.

Originally trained in the theatre, Corson designs spaces that are a hybrid of designed spaces, art, architecture and he says, “sometimes even magic.” 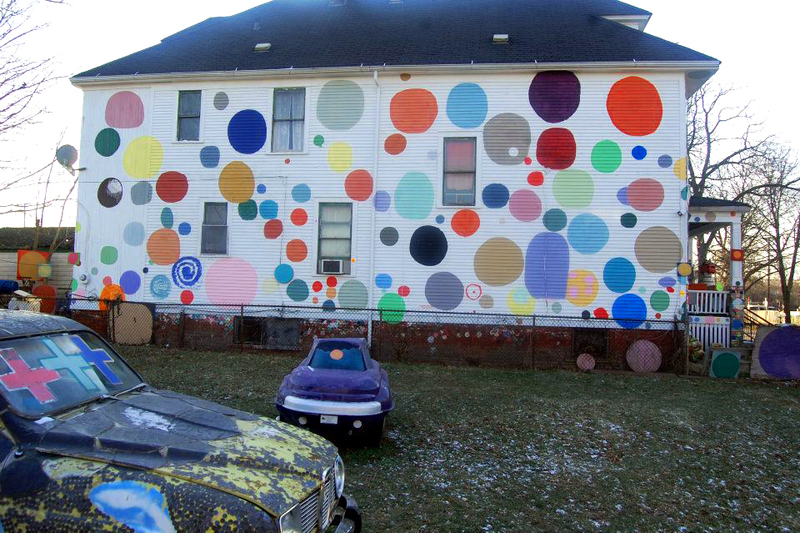 See the Heidleberg project before it comes apart later this year. Photo Courtesy of Katie Carey.

Perhaps Detroit’s most iconic public art installation, The Heidleberg Project, announced this week that it will be dismantling over the coming years. Over the last 30 years, Tyree Guyton has brought attention to the blight of Detroit’s East Side. What started with cleaning up a few vacant lots led Guyton transforming two city blocks with polka dots, stuffed animals, shoes, vacuum cleaners, and other colorful discarded objects, turning abandoned houses into giant sculptures.

The artist will now take down the project, piece by piece, as it transitions to a “arts-infused community” according to the Detroit Free Press.

Looking to make your own outdoor installations? Check out these 7 Artist Residencies to Reconnect with Nature. 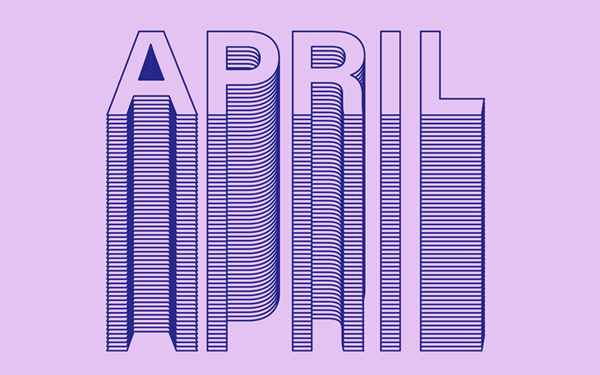 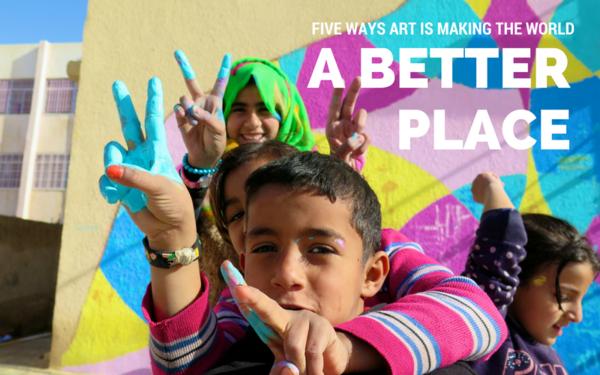 Art is an essential part of how we understand and experience the world. Here are 5 ways art is changing lives and making the world a better place. 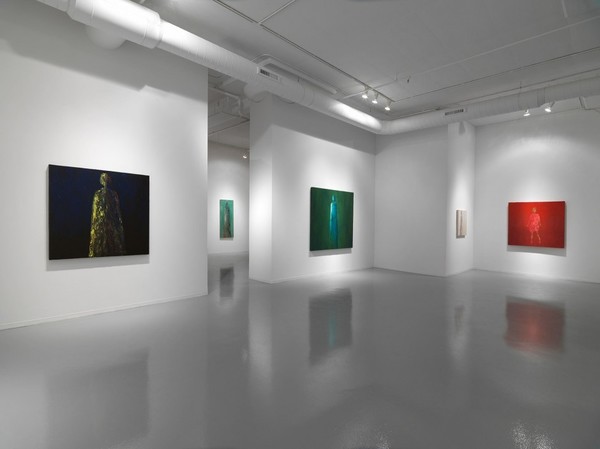 8 Business and Life Tips for Artists, From Artists

Making a career as an artist is hard. It’s no secret. These eight artists gave us some advice on how they found success and enjoyment along the way. 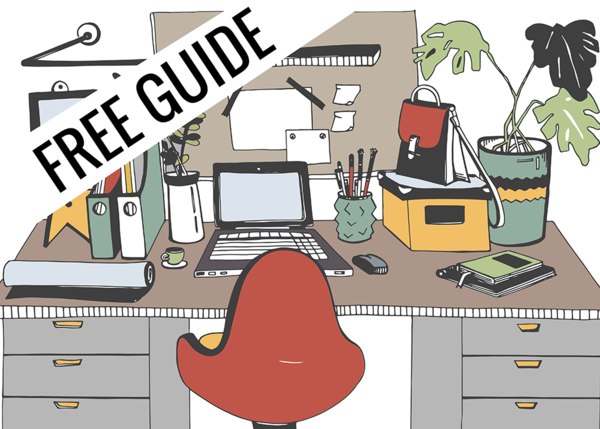 Guide to laying a foundation and building a successful art career.