Why Traditional Artists Should Ignore the NFT Hype (For Now) 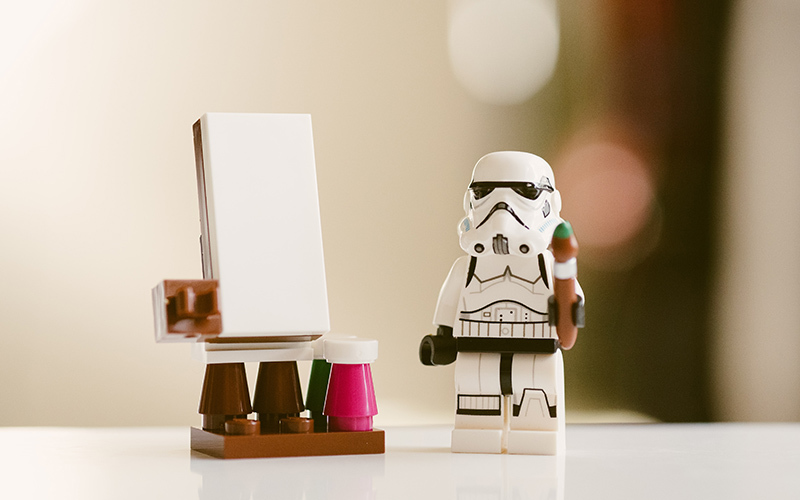 Photo by Daniel Cheung on Unsplash

Are NFTs the key to digital immortality? Short answer: not yet.

The market frenzy for NFTs (non-fungible tokens) catalyzed by Christie’s $69 million Beeple sale seems to have been short-lived, with NFTs prices having dropped some 70% in the weeks since. Some argue that this is a natural market correction and that NFTs are here to stay, while others are less optimistic and compare NFTs to “The Emperor’s New Clothes.”

So, which side is correct? In most likelihood, they both are — but only to some extent.

On April 4, 2021, a hacker calling himself Monsieur Personne (Mr. Nobody) successfully hacked Beeple’s crypto wallet and minted a fake copy of his Everydays: The First 5,000 Days piece — the same piece sold by Christie’s. Personne then sent that fake NFT edition to the wallet of another person (with the curious pseudonym Arsène Lupin), who then listed it on two different NFT marketplaces, both of which took it down once alerted to the hack.

As Tim Schneider of Arnet explains, the hack was actually well-intentioned:

“Personne essentially sees himself as a so-called white hat hacker, meaning an ethics-driven coder who exploits technological flaws strictly to demonstrate how they can be fixed. He is a staunch believer in the potential of NFTs and crypto. However, he believes major ‘security issues and vulnerabilities’ in smart contracts have been glossed over to make way for the gold rush.”

NFT evangelists have touted the blockchain’s immutability as central to their market appeal; the Personne hack, however, undermines this entire premise. Additionally, some NFT investors have experienced their purchases simply disappearing, with no recourse to recover the initial investment or the digital asset.

An article in Vice highlighted this issue with one Ethereum user who spent $500 on a piece of cryptoart that subsequently vanished from his wallet. When attempting to view his cryptoart, he was instead redirected to a 404 error message — and this is not an isolated incident.

“When you buy an NFT for potentially as much as an actual house, in most cases you're not purchasing an artwork or even an image file,” clarifies Vice writer Ben Munster. “Instead, you are buying a little bit of code that references a piece of media located somewhere else on the internet. This is where the problems begin.” That little bit of code is called a hash — it’s a string of numbers that uniquely identify an asset (or file).

The hash is like a digital fingerprint, or signature, that essentially equates to proof-of-ownership on the blockchain. To keep the house metaphor going, an NFT in this case is basically the digital deed to the house. It’s a signifier of ownership, but it is not the actual asset (i.e. the house). So if I sell you the deed, but the house then burns down, how much is that deed actually worth? Nada.

This is one of the major issues with nascent NFT technology. Besides the fact that most blockchains use more energy on a single transaction than the average European does in a month, the prevailing issue is that no one has really solved the problem of how (or where) to store the actual asset that these NFTs are linked to, via the hash. Many different startups and blockchain companies are racing to address this problem, but there’s no clear winner...yet.

A thread on the user board of YCombinator (the well-known Silicon Valley startup incubator) features a rigorous debate on the “value” of NFTs in the art world. Without going too far down the rabbit hole, this comment (by a user named articbull) is a good summary: “NFTs aren't art, they're certificates of authenticity. The art can be infinitely duplicated with cmd-C cmd-V.”

There is no central server that hosts these assets (that would go against the “decentralized” concept of the blockchain, anyway) and there is no regulation that ensures the assets will be maintained on their native servers. So, if I sell you an NFT deed to a house that’s burned down, you might not realize it until you go looking for said house and instead just find a pile of smoldering ashes. Caveat Emptor is still sage advice. 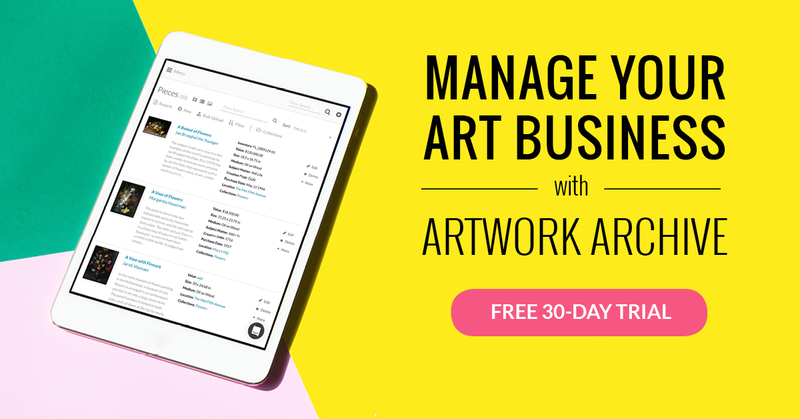 Certificates of Authenticity in the Digital Era

COAs have always been an important aspect of the art market. They verify that an artwork is by a particular artist, and are critical in establishing provenance. COAs are generally physical documents, signed by the artist’s own hand, but digital COAs are becoming more and more common.

One way to “sign” a digital COA is with a QR code. QR codes are digitally generated matrix codes that can link a physical object or digital asset (like a PDF) back to a unique source, such as a website, via a scan. Thus, if you are an artist with a website, adding a QR code to your COAs is a smart way to tie these items back to a central source of information that will be accessible as long as it is maintained and hosted on a server. Of course, you can also print QR codes on paper COA’s, which can then be scanned by a smartphone and will link back to the source on the web.

Artwork Archive allows subscribers to add unique QR codes to shipping and wall labels, which can also function as “signature labels” for certain works like paintings (or any artwork with a flat surface). Simply affix the label with the QR code to the reverse side of the artwork and, when scanned, it will automatically link back to that same artwork on your Artwork Archive public profile. Add your hand-written signature to said label for additional authenticity. This hybrid approach is recommended, as it covers all bases — connecting the physical world with the virtual world.

The Catalogue Raisonné vs. the Blockchain and NFTs

Blockchain enthusiasts will tout the advantages of a distributed ledger, but a centralized ledger is more in-keeping with established art world paradigms, wherein a solitary expert authority deals with an artist’s complete oeuvre and/or estate.

The concept of a definitive ledger has a well-documented art historical application — it’s the basis of the catalogue raisonné. One way to conceptualize the catalogue raisonné is as an official compilation of certificates of authenticity (COAs) for every work an artist has created, except that it doesn’t connote ownership — although it does verify provenance — and is generally accessible to the public and used for research, especially by scholars.

The International Foundation for Art Research (IFAR), a nonprofit established in 1969 that’s dedicated to supporting the “integrity of the visual arts,” summarizes the catalogue raisonné as follows:

“Narrowly defined, a catalogue raisonné is a thorough, reasoned and systematic documentation of all works by an artist – the oeuvre – or all works in a given medium (such as painting, sculpture, works on paper) known to and accepted by the author(s) at the time the catalogue is prepared. By definition, the author(s) or editor(s), when deciding which works to include, are also making an assessment as to whether a particular work is by the hand of a given artist – that is, authentic – and where it fits within the artist's body of work.”

Catalogue raisonné are weighty undertakings normally spearheaded by an artist’s estate or long-term gallerist. The Art Newspaper notes that the Magritte catalogue raisonné took 25 years to complete, for example. A catalogue raisonné entry for a particular artwork functions as proof of authenticity for that same artwork by that artist. However, there have been instances where forgeries have ended up in catalogue raisonnés — only to be uncovered as fakes and then later removed.

Based on recent events, it’s apparent that NFTs are also not infallible — even if blockchain proponents argue the opposite. While NFTs serve as certificates that verify ownership for various assets, digital and otherwise, they are also not connected to a comprehensive overview of the creator’s entire output. Until the technology can fully support the claims made by blockchain and NFT evangelists, it’s better to rely on physical documentation, backed up by scans stored safely in the cloud, than to blindly embrace a new technology that hasn’t lived up to its promises...yet.

To learn more about how Artwork Archive can help you create a digital archive of your work, check out this previous blog post and sign up for Artwork Archive’s newsletter to receive more tips on establishing — and preserving — your artistic legacy. 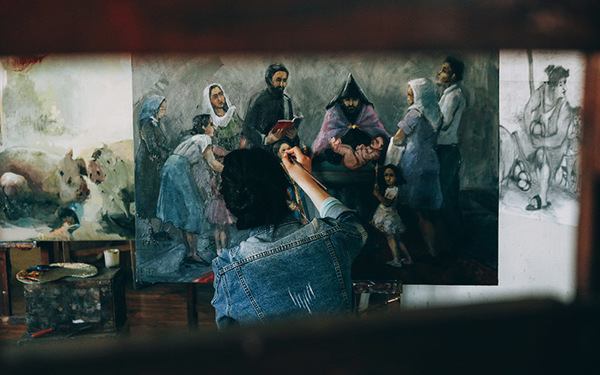 How Artists are Dealing with Coronavirus Cancellations

We asked artists how the outbreak has affected them and how they are planning to alter the way they approach their careers. 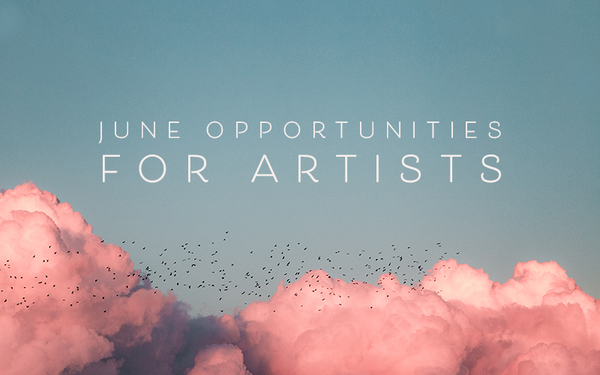 In search of an artist grant or opportunity? We have you covered. 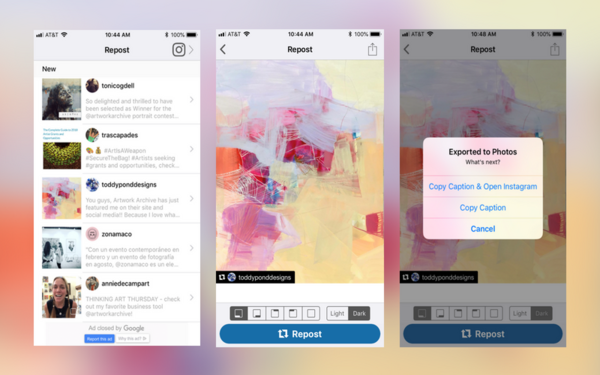 Learn how to use four of the best apps for marketing your art on Instagram. 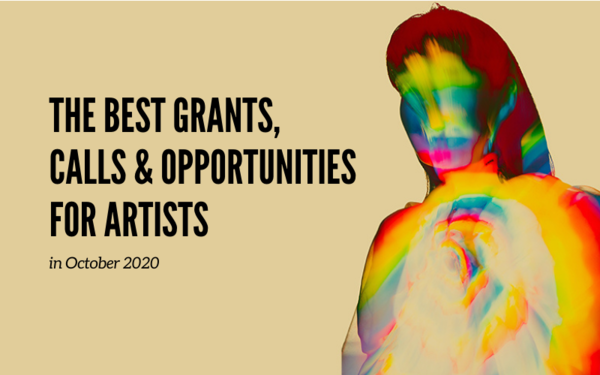 Each month we seek out and compile the best opportunities for artists. These are the best for October.