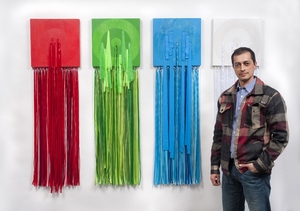 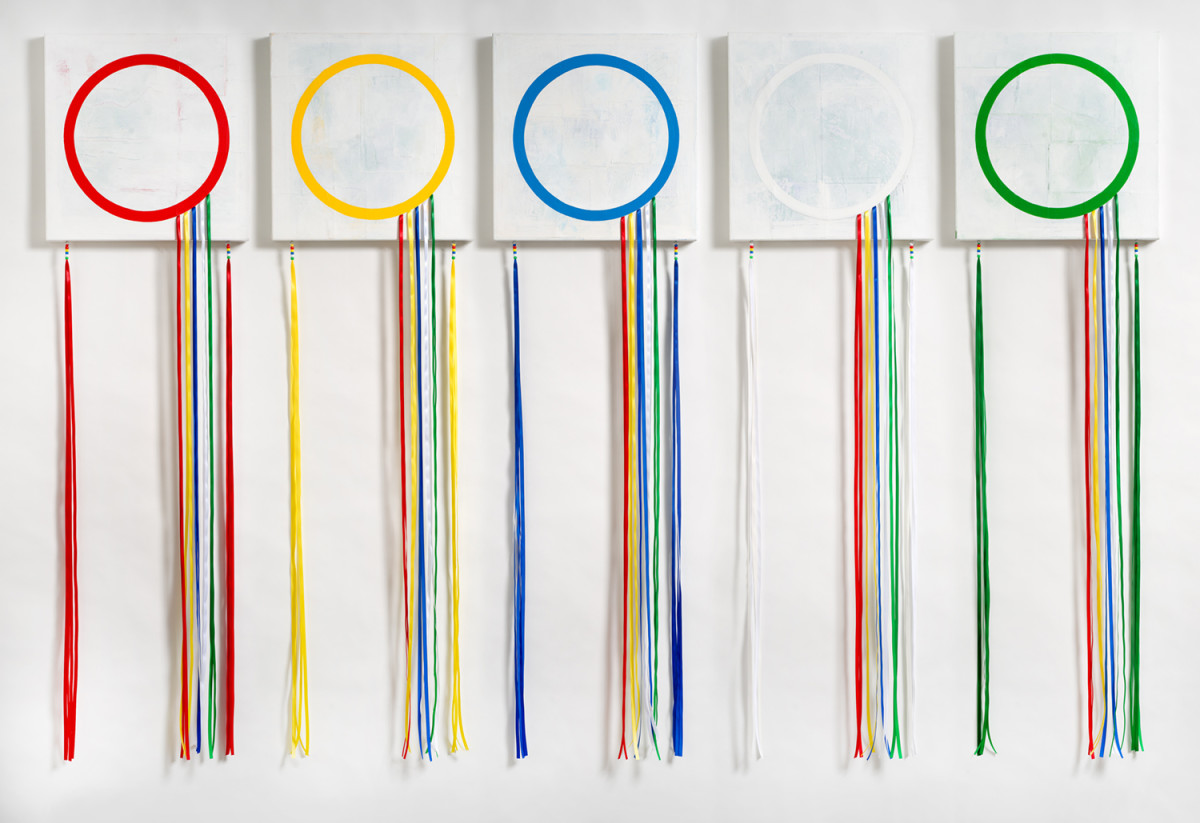 “In 1975, they (the Gwich’in, Sahtu Dene, Tliicho, Denesuline, and Deh Cho Dene) declared themselves as a nation within Canada with the right to self-determination, changing their name from Indian Brotherhood of the Northwest Territories to Dene Nation, as it is called today, to represent all Dene and their descendants of the five tribes. At this time a more comprehensive land claims negotiations team was formed. Today we are still fighting for the rights to our land and resources, as negotiations goes on”. - Elder Mary Wilson of Fort Good Hope, Denendeh (from denenation.ca)
Inspired by the Dene Nation logo, the strength and unity of the five tribes of Dene are symbolized by this pentraptych of coloured hoops and ribbons on whitewashed collaged topographic maps of Denendeh.

Other Work From Bruno Canadien 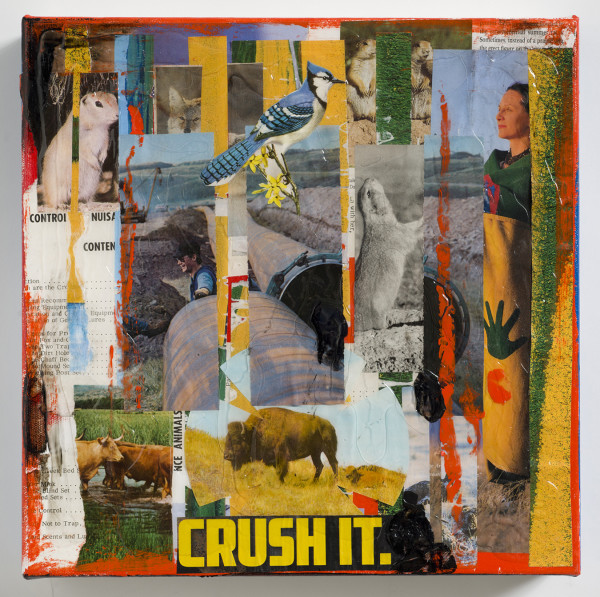 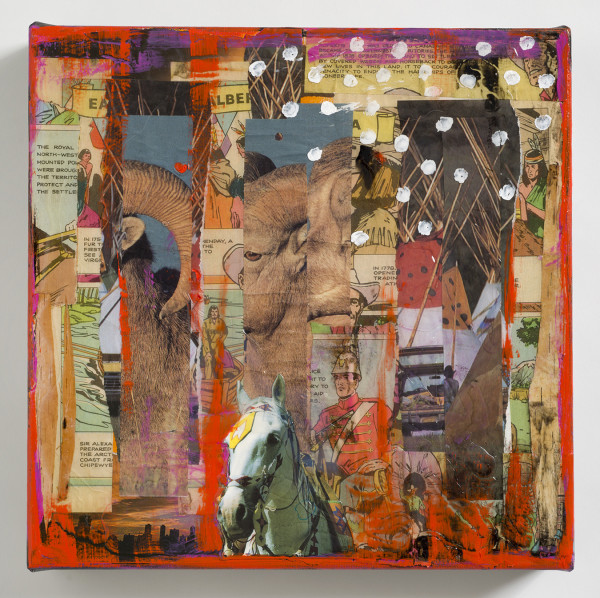 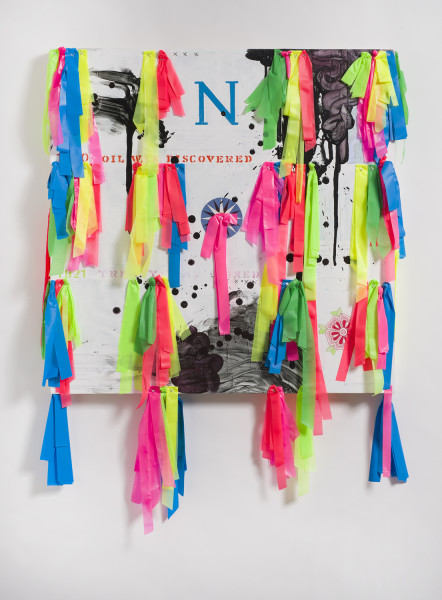 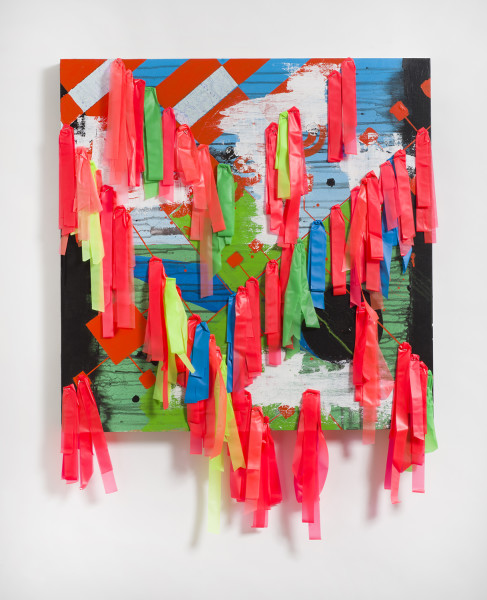 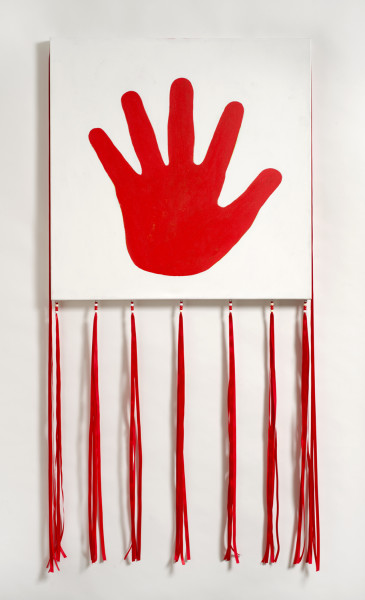 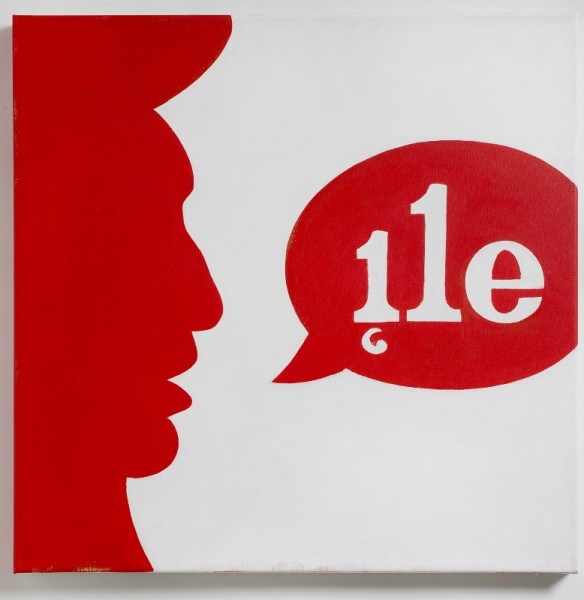 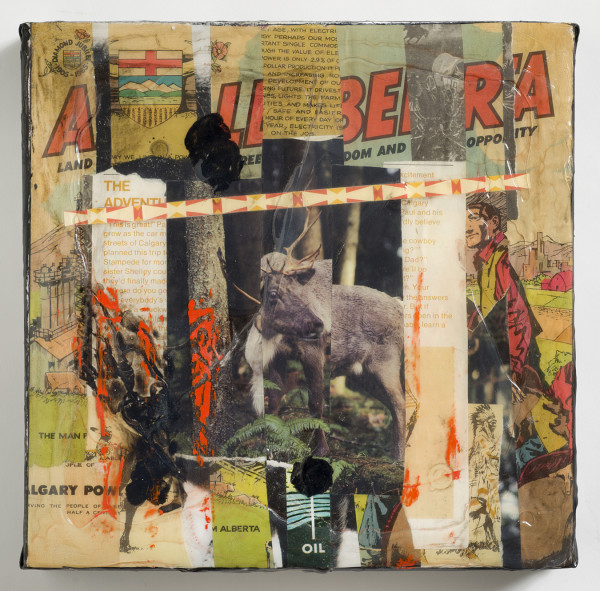 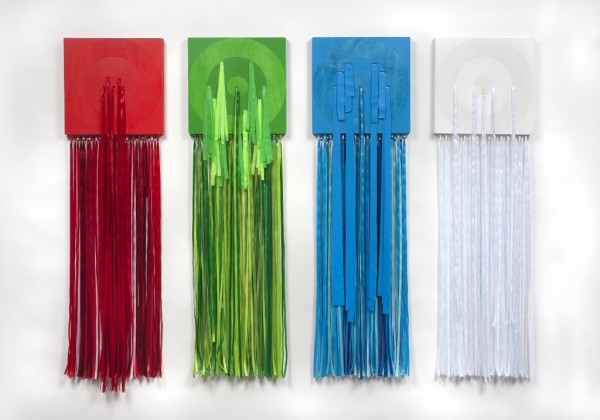 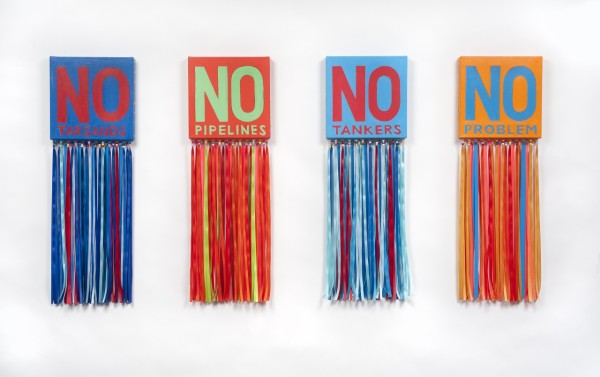 See all artwork from Bruno Canadien 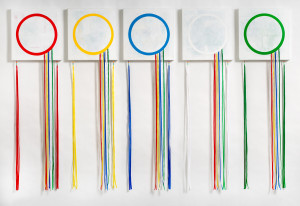