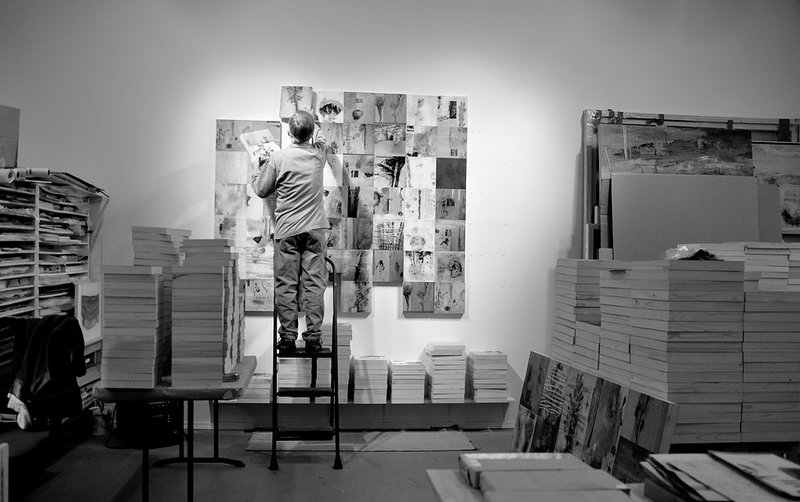 When artist Bob Nugent first went to Brazil, he didn’t know what to expect. Growing up in LA, he had first felt the allure of the jungle while teaching in the Samoa Islands … an experience he jokes was the “ultimate camping trip.” It was this teaching jaunt in which he learned to love living on the essentials: fishing for food, fetching water, harvesting vegetables—an existence where living was a major part of your day.

So when Bob arrived in Sao Paolo expecting what he had always thought of as an exotic place, and found a bustling city with more than 21 million people, it wasn’t what he had anticipated. But that didn’t stop him from pursuing his passion. Bob applied for and received multiple travel grants to return to Brazil and research the rainforest while making work inspired by the environment and landscape.

He has gone on to take more than 60 trips to different areas of Brazil, exploring the flora and fauna of the region, and translating his experiences into his work. 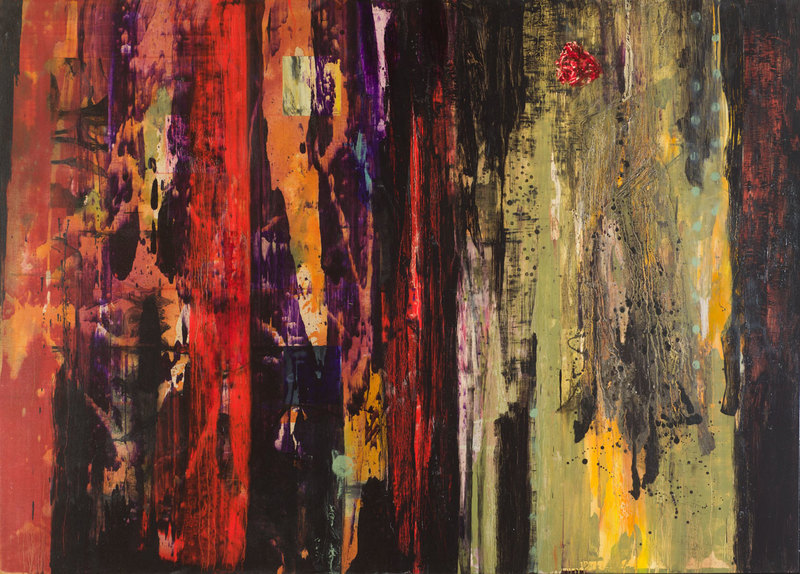 What has it been like making work about the jungles of Brazil?

I’ve been going to Brazil for over 32 years now and it’s always new to me. I strive to go somewhere new each time, to get new ideas. I’m not a flag waver. I won’t march and demonstrate about my beliefs, particularly in saving the rainforest, but I hope my work speaks to that.

It’s beauty is vast and yet it can be desolate. It’s scary. There are times that I’m scared to be alone.

There is a word in Portuguese … Sentido. It means experiencing a place with all of your senses. I hope that my work not only talks about the place from a visual standpoint, but also what I heard, the moisture in the air, and what I got by touching things. It’s not only what you see, but you know to be true. I hope the work expresses that. I hope that’s what I’m getting at.

What customs, myths and legends have been most fascinating to you?

Spending time in an unfamiliar place gets your curiosity up. I wanted to know why people did things the way that they did. I was involved with an anthropologist there and she was doing her research on a particular tribe. When they would draw, the colors didn’t correspond with the animals and the plants how we would represent them pictorially. For instance, a bird that would be blue and yellow would be all black. When I asked why they had painted the bird black rather than blue and green, which was the color of the bird, the response was that “the bird is black at night.”

There are simple reasons for doing things. We overlook those things. I did additional research about the customs, myths and legends, because of my interest in the images they created. This certainly influenced the way I made work and the approach. 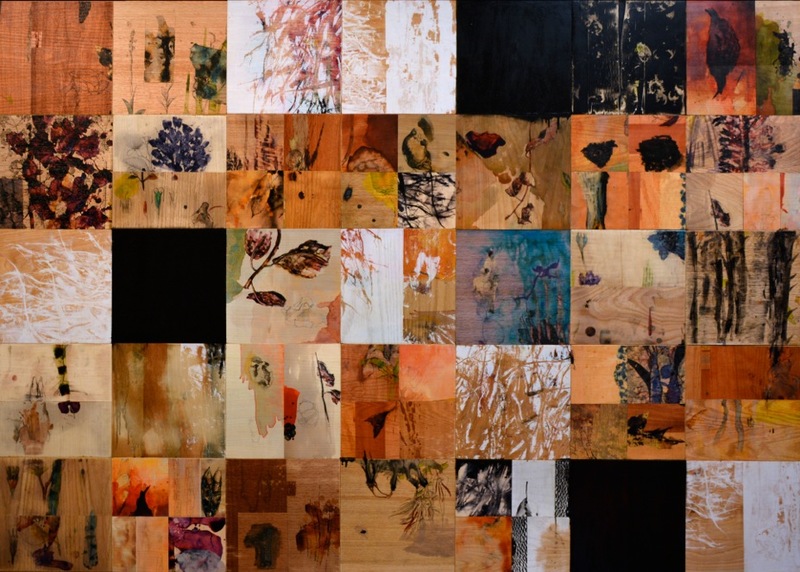 A lot of your paintings are segmented into little squares … why do you divide up the canvas like this? Are they individual studies? Do they relate to each other?

I think of my work as a collection of snapshots or details. I remember being in high school and looking in my chemistry book—there were images of atoms and then bigger, more detailed images of a smaller section, so you could in a sense, look into it.

I started creating works like this because when we look out, there is this huge horizon, but then there is this small, important seed over in the same landscape that needs attention. I believe in allowing process to show, so I began to leave the grid lines in there. Then, over time, they (the squares) became the subject. They became more abstract. They started to affect the work in general. Now I am making large paintings based upon details of smaller things.

Want to know how and why Bob has created such a successful practice?

You have been awarded multiple fellowships and grants … what was the process like applying for those, and what advice do you have for other artists seeking these types of awards?

Most of these grants were given many years ago, when I was developing my work. I used to try and separate the making of work and selling of work. I would devote four or five days to making work and then one day a week to handling the work.

I would spend Monday through Thursday teaching and in the studio, then use Fridays to make slides and send them to dealers. When I’m painting, it’s only about the work at hand. I keep them separate so that one doesn’t influence the other.

Now that I’m more established I have dealers and an assistant, and I don’t have to deal with that stuff anymore. But early on, if I was going to apply for a grant, I would make the work how it was going to be and then look for grants that were appropriate for that work, one day a week. 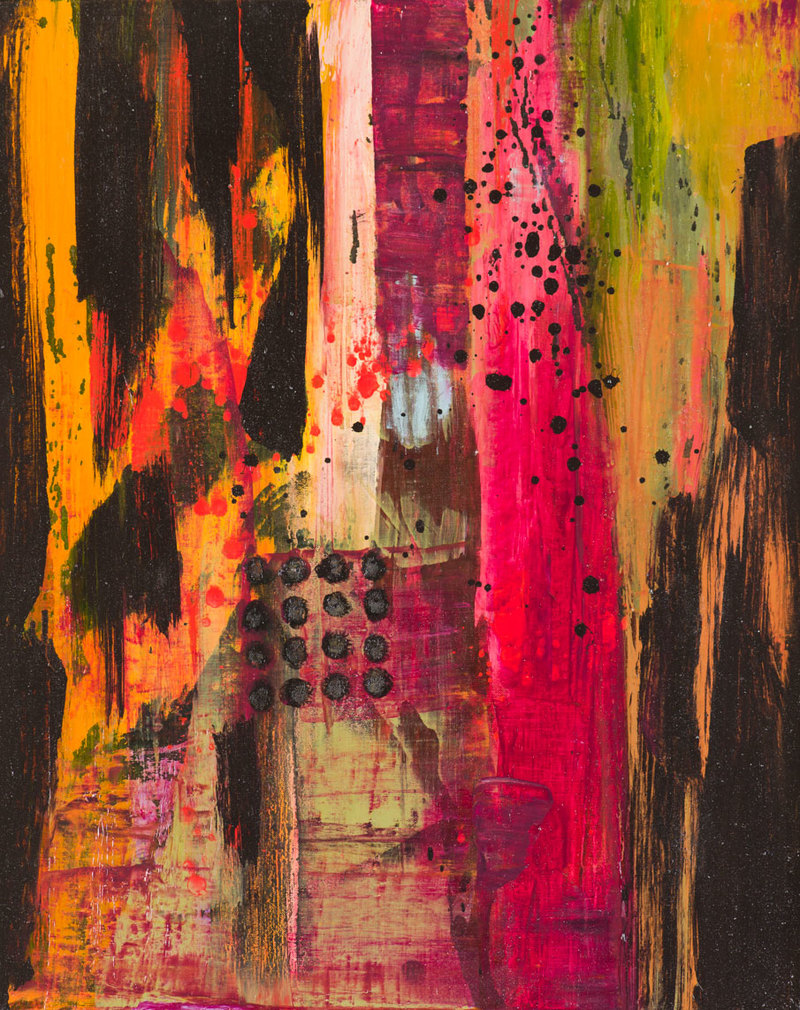 After decades of teaching and working as an artist what do you wish you could have known earlier?

Most young artists give up too soon. When you leave college it's very difficult to get established. I went seven years without really making any money. I worked other jobs to support myself and family, but you have to stick with it.

Ignore other things outside of your work.  That doesn’t mean don’t go to shows and openings—that’s important, but don’t let that get into your studio. If you are going to get picked up by a gallery, they are going to get you because you are something they don’t have. I’m some dealer's “abstract artist”,  when they only have for the most part artists of a representational nature.

How do you deal with rejection as an artist?

I think there are always going to be people who enjoy and like your work. The difficult part is finding those people. You can submit to 20 dealers and one might respond. But you only need one to start. You can't give up when you get rejected. Sol lewitt was an old friend and he said, “you know, if 5% of the people who see your work like it, that's a good thing. And if if 1% of the 5% buy it,  you can make a very good living. You don't have to succeed with everyone. Only 5% will support your career. He was right.

I don’t sell everything that I make, but I like to make it. Now that I make enough to support myself and make a good living, I can allow myself to live in a way and work in a manner I want. I have always been in control of that part of my career. I get to make what I want, when I want and without the pressure of shows or exposure. I feel very fortunate to be able to do this and to make a living this way.

For young artists it’s hard to do that—it’s hard to make a living at the same time. It’s a tough gig.

You are quite prolific, with over 100 solo shows and 600 group shows. How do you keep everything organized?

On a general basis, I have a full time assistant. I’m at that point in my career where I can afford to do those things.

On a practical sense, I work everyday. I may not paint everyday that I come to the studio. I walk around. I sit with the work. If I don't know what to do, I clean. I sweep. I work 7 days a week when I’m at home. My studio is across the garden from my house and it's easy and accessible.

Another way that Bob keeps organized? Artwork Archive. Give it a whirl, no strings attached. 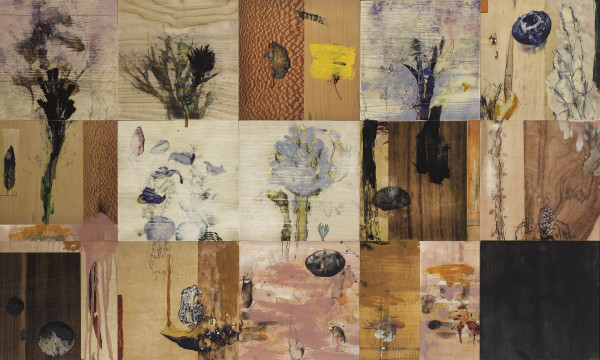 I get up in the morning. I read two newspapers. I drink coffee. I answer emails. Then, when all the practical stuff is out of the way, I go to the studio. It's usually 9:30 or 10 o'clock. I talk with my assistant and see what she needs. Then, I go to work.

This way, I have taken care of all the clutter that may be in my brain and I can concentrate on the work at hand. I’m always kind of mentally in the studio, thinking about things and being open to chances, responses, and new things I might see. Nothing is off limits.

It’s a constant thing. As an artist, you don’t leave the job when you leave the studio.

It’s this plant from the jungle that eats insects. They look like trumpets and they are bulbous. When the fly flies inside, the cap closes on them. There are lots of very interesting plants, but those are my most favorite.

Bob Nugent is represented by Erickson Fine Art, Fresh Paint, Dan Galeria, Cumberland Gallery, Susan Street Fine Art, and Triton Museum of Art. He keeps track of where everything is and all his important deadlines with Artwork Archive. Start managing your career more effectively by knowing where all your work is at all time. 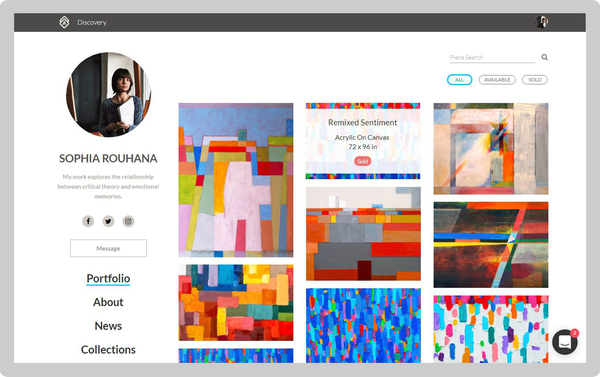 A sleek way to share your art and story with collectors, buyers and other creatives around the world. Welcome to the new Public Profile. 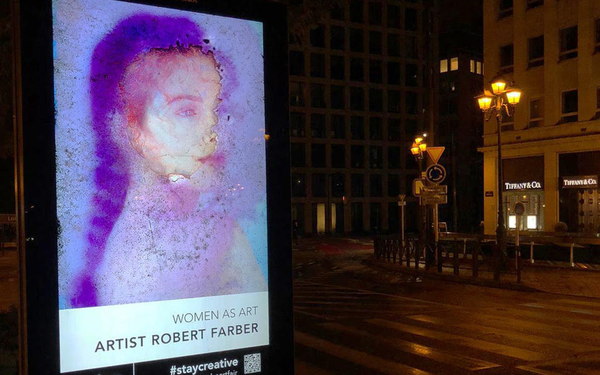 Robert Farber's new exhibition "Women As Art Exhibition" was originally scheduled to open in April. COVID has since pushed the artist to get creative. 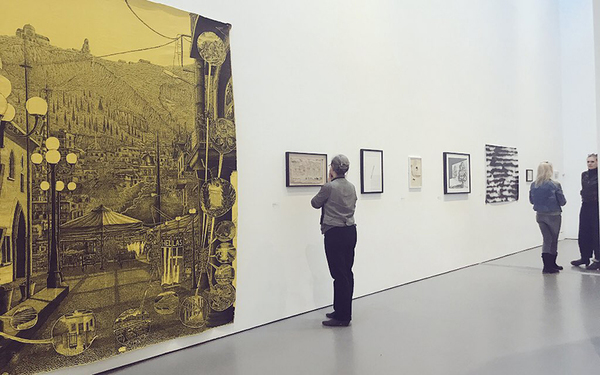 How to Get the Most Out of Art Opportunities & Open Calls

Parker Harris co-founder, Penny Harris gives us the top five tips to make the most out of your applications. 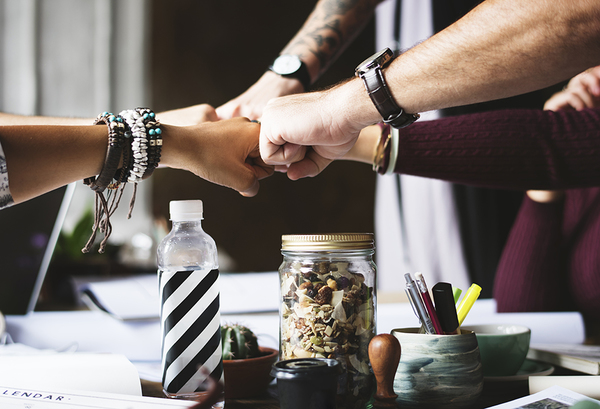 The 5 People Artists Need in Their Life

Making art is not a solo act. You need an art squad. Here is who should be on it.