7 Myths of the Successful Artist, Debunked 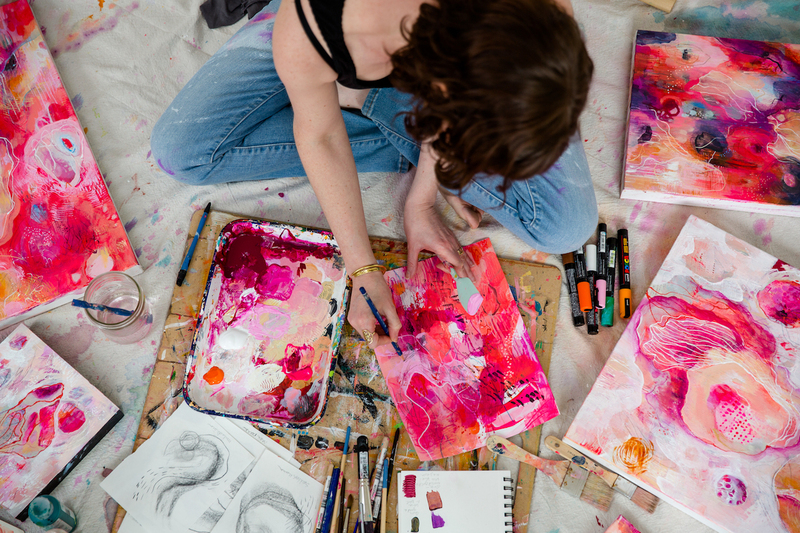 The “successful artist” is both an archetype and a misnomer.

Success will look different for almost every artist, although there are certain milestones that many would agree constitute a successful art career. A waiting list of collectors eager to acquire one’s work, the ability to maintain a working studio, choosing projects based on creative potential rather than the need to pay bills—these are a few signposts that point to the pinnacle of success as an artist.

Still, the majority of the population, including artists themselves, are harboring false assumptions about what it takes to "make it" in the art world. Archetypes have been built around creative geniuses throughout history, based in both reality and myth. These myths, however, can be detrimental to artists as they begin to navigate the art market, setting them up for failure by asserting false claims as accepted truths.

Here, we debunk seven of the most egregious myths underlying the “successful artist” narrative.

Whether it's visual art, theater, classical music, or poetry—the fine arts love a prodigy (who doesn’t?). Luckily, being a prodigy is not a requirement for becoming a successful artist. In some cases, finding success later in life becomes a central element of an artist’s story.

Louise Bourgeois, whose sculptures have sold for more than $40 million, had her first solo museum show at age 70. She had created work for decades, but during a time when the market was dominated by mostly male abstract expressionists like Jackson Pollock, Mark Rothko and Willem de Kooning.

Recently, the art world’s gatekeepers have been waking up to “artists of a certain age,” especially women and individuals from historically marginalized communities. Cuban-born artist Carmen Herrera found art world fame in her late 80s. Performance artist Lorraine O’Grady had her first museum retrospective at the age of 86. Alma Thomas, who was Howard University’s first fine arts graduate in 1924, debuted the abstract work that would become her signature at the age of 75.

Sculptor Thaddeus Mosley, who is still making work today at the age of 95, was employed as a mailman in Pittsburgh for forty years to support his family—and his art practice. After being included in the Carnegie International in 2018, he started showing with the uber-hip NYC gallery Karma and has since been featured in exhibitions at museums including the Nasher Sculpture Center in Dallas, the Baltimore Museum of Art, and the FLAG Art Foundation in New York, among others.

There is no guarantee that an artist will achieve success at any point in their careers; however, there is also no rule that says an artist must reach success by a certain age. With perseverance and an abiding faith in one’s abilities, success can come in life’s later stages, giving new meaning to the term “golden years.”

Perhaps the most famous example of a super-successful artist that switched careers is Jeff Koons, who worked as a stockbroker before focusing on art full-time. Jasper Johns served in the military during the Korean War and was stationed in Japan. Andy Warhol was a commercial illustrator for department fashion stores; Barbara Kruger was a graphic designer for a magazine. Trevor Paglen, who investigates issues of surveillance in his artwork and is represented by Pace Gallery, has a Ph.D. in Geography from UC Berkeley.

Joel Mesler, an up-and-coming painter who’s recently gained the blue-chip art market’s fleeting affections, was a gallerist in both LA and New York. But, his artists kept jumping ship to show with larger operations, so Mesler eventually pivoted and began painting himself. The risk paid off, and Mesler now shows with the much-celebrated David Kordansky Gallery.

Everyone’s journey is different. Having more than one career can ultimately lead to new perspectives—and a unique vision that benefits from the variety of one’s training and expertise.

Successful Artists Must Have an MFA from an Elite University: False

There are many successful self-taught artists. To be clear—having a gold standard MFA will certainly help grease the wheels of an artist’s career; however, in the art world, not having an MFA, or BFA, or any higher education at all, doesn’t constitute a deal breaker. Simply stated, talent outweighs credentials when it comes to art. Jean-Michel Basquiat, one of the most lauded artists of all time, dropped out of high school.

These days, the cost of higher education has made earning a fine arts degree a serious gamble that could lead to a lifetime of student debt. For that reason, and others, an MFA might not be the best option for ambitious artists who would rather spend all that money on materials and supplies, a studio space, or other expenses. After all, there are still plenty of things they don’t teach you at art school.

It’s well-known that an artist’s network can be critical to their success. Artists who come up together tend to make a larger splash in the art market than artists who attempt to go it alone. Just look at art history: artists who collectivized as salons in the 1800s and at the turn of the century were ultimately able to wrestle influence away from the academy during the early days of modernism, ushering in the art market as we know it today—beyond the ivory tower’s gatekeepers.

In the early 1900s, artist groups like the German expressionists Die Brücke and the Blue Rider successfully established their aesthetic because of their group identity. Then there were the abstract expressionists, the minimalists, the pop artists, the YBAs, etc. Within these movements exist micro-communities, groups of artists who showed together, kept studios together, introduced each other to collectors and curators, and built their careers in tandem.

Support from one’s peer group can be imperative for success as an artist. Other working artists can offer valuable feedback on new work—or emotional support after studio visits. Loneliness is an industry hazard for fine artists, so having a network of people who can understand the ups and downs of creative practice is an important part of maintaining a healthy life/work balance for artists—at every stage of their careers. 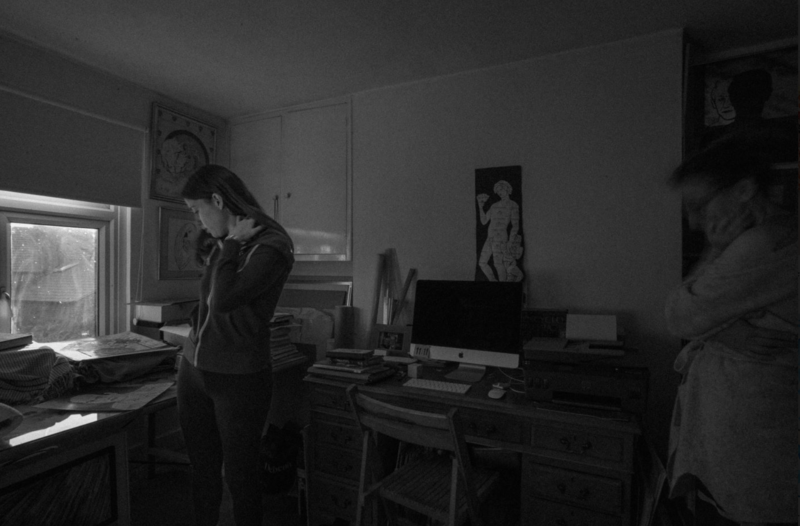 This is one of the art world’s most pervasive (and false!) myths. Photographer Sally Mann, who is represented by Gagosian Gallery, famously turned her camera lens to her own three children, creating the iconic (and highly controversial) book Immediate Family, which catapulted her career to the next level. Alice Neel, one the most celebrated portrait painters in history, had four children. Phyllida Barlow, who represented Britain in the 2017 Venice Biennale, raised five. Ruth Asawa, whose intricate woven sculptures are in the collections of more than twenty museums (and featured on a series of US stamps), had six.

Many artists will confess that having children changed their perspectives on the world, while also leading them to recalibrate their schedules in order to optimize studio time and maximize productivity. That’s not a bad thing; in fact, it can help push an artist out of their comfort zone and lead to new creative breakthroughs. In an opinion piece for Hyperallergic, artist and writer Daniel Gerwin discuss how distraction can be its own source of inspiration while condemning the theory that having children detracts from an artist’s practice. Perhaps the best example of an artist whose own motherhood became the subject of her life’s work is Mary Cassatt, considered one of the most important impressionists in history.

And while women often shoulder the majority of childcare and housework, let’s not forget the dads: Damien Hirst, who has three sons and is one of the most successful artists alive, has gone on record, stating that his art is “often inspired by his children's ideas” since, according to the artist, they come from a place of no fear. Rashid Johnson, a father whose work has sold at auction for more than $2.5 million, describes the parallel he sees between making art and raising a child. Johnson says:

“In my work, I know that I’m not going to get everything right and I have to accept that certain things are going to be flawed, and those flaws are actually the things that sometimes make the work interesting...And as a parent, I can’t get everything right, and the things that I don’t get right may add color to his life and experience in ways that are productive and actually good.”
-Rashid Johnson (source)

Punk icon Patti Smith has kids. Graffiti writer and Vanderbilt scion Dash Snow had a child with fellow artist Agathe Snow. Street artist and father Shepard Fairey offers his studio staff parental leave (including the men). It’s simply time to accept the fact that successful artists can and do have families and children, just like everyone else.

While it may be true that there’s an enduring romanticism attached to the notion of the solitary genius, toiling away with little care for the outside world—in the 21st century, this is rarely the case. Up-and-coming contemporary artists, especially those considered “digitally native” (ie Millennials and Gen Z) understand the importance of being active on social media. Older artists might be absent from the most popular platforms, but for artists who grew up online, self-promotion on the web is simply a part of their professional development.

Before the world wide web, galleries used to be responsible for all of an artist’s marketing efforts, but the internet changed everything. Now, galleries are ramping up their social media and digital marketing efforts; but they will always be promoting several things at once. When an artist takes control of their own social media presence, they create an online space that’s both personal and professional, allowing them to showcase more of their practice and develop a deeper and more authentic connection with their followers.

When we asked 14 artists what they wished they knew at the beginning of their careers, one artist replied, “it’s a marathon, not a sprint,” and we couldn’t agree more. Over the course of one’s professional lifetime, tastes will change. Trends will come and go, careers will rise and plateau. Some artists might find themselves on the wrong side of a scandal and have to rebuild from the bottom up. Anything is possible.

Rather than fear the unexpected, artists should take comfort in knowing that the future is always up for grabs. Risk-taking is an important part of being creative, but change invites criticism and can be intimidating for artists. A new body of work might fall flat and fail to sell. A gutsy exhibition might be panned in the press. Sometimes, it just takes a while for culture to catch up, so an artist’s one-time failure could turn into a celebrated breakthrough—only time will tell.

Worrying about failure is a waste of energy that can sabotage new ideas and stifle creative innovation. Just assume that failure is part of the process and focus on the work itself.

Artwork Archive is the database solution trusted by artists in over 160 countries—at every stage of their careers. Try it today for free. 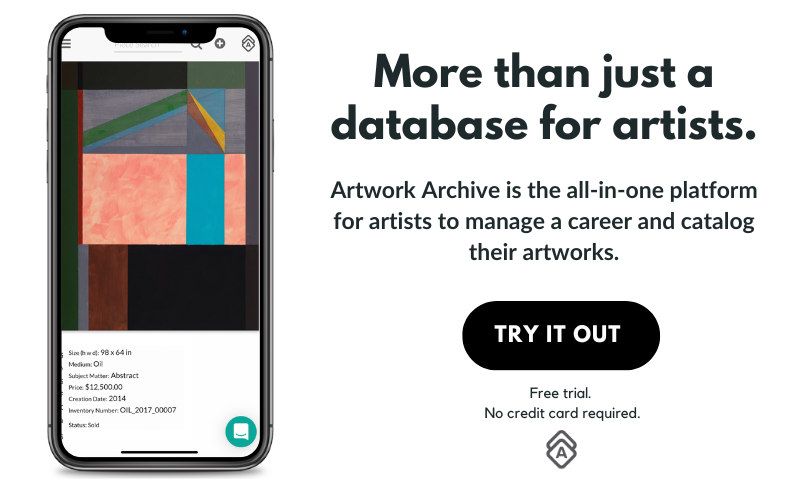 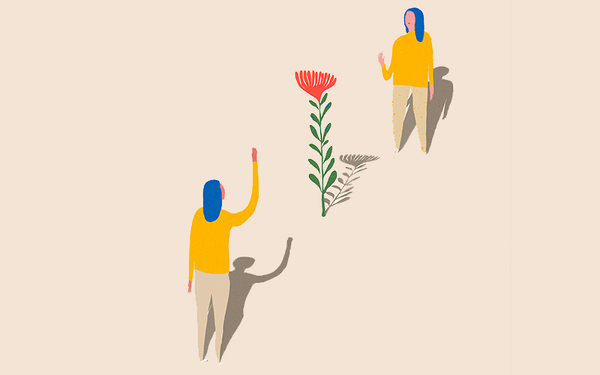 45 Artists to Purchase Gifts From for Small Business Saturday 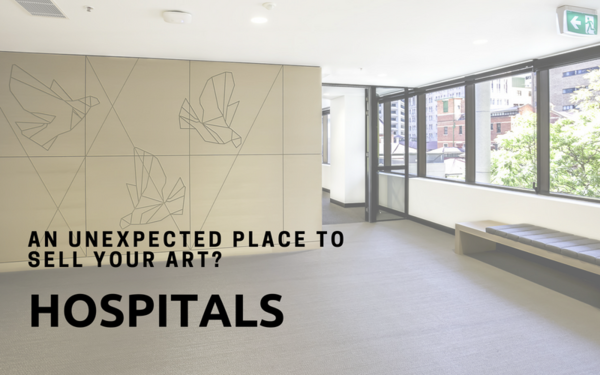 An Unexpected Place to Sell Your Art? Hospitals.

Hospitals receive more foot traffic than museums and galleries. Here's why you should consider medical centers as a new venue for your art. 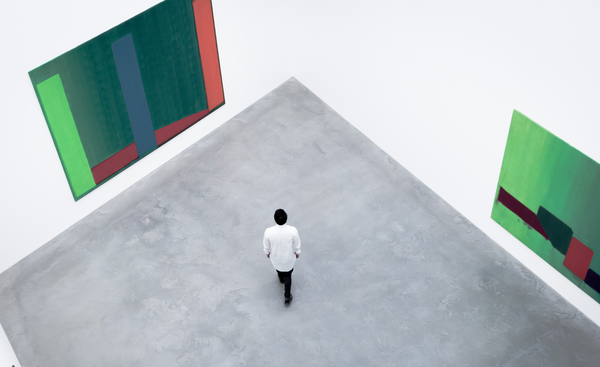 What Motivates Art Collectors? (And How to Use It to Your Advantage)

Up your art sales—learn how to connect with collectors and effectively pitch your work. 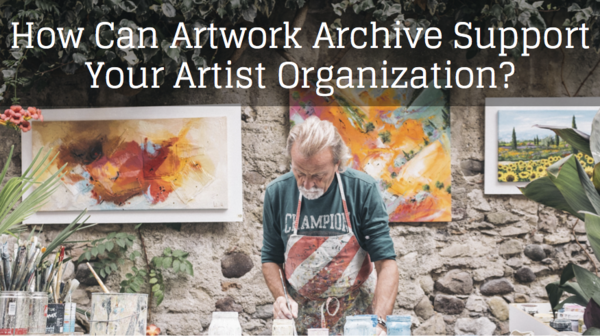 How Can Artwork Archive Support Your Artist Organization?

Artwork Archive proudly supports artist organizations. Learn about some of our partnerships and how we can help your organization.