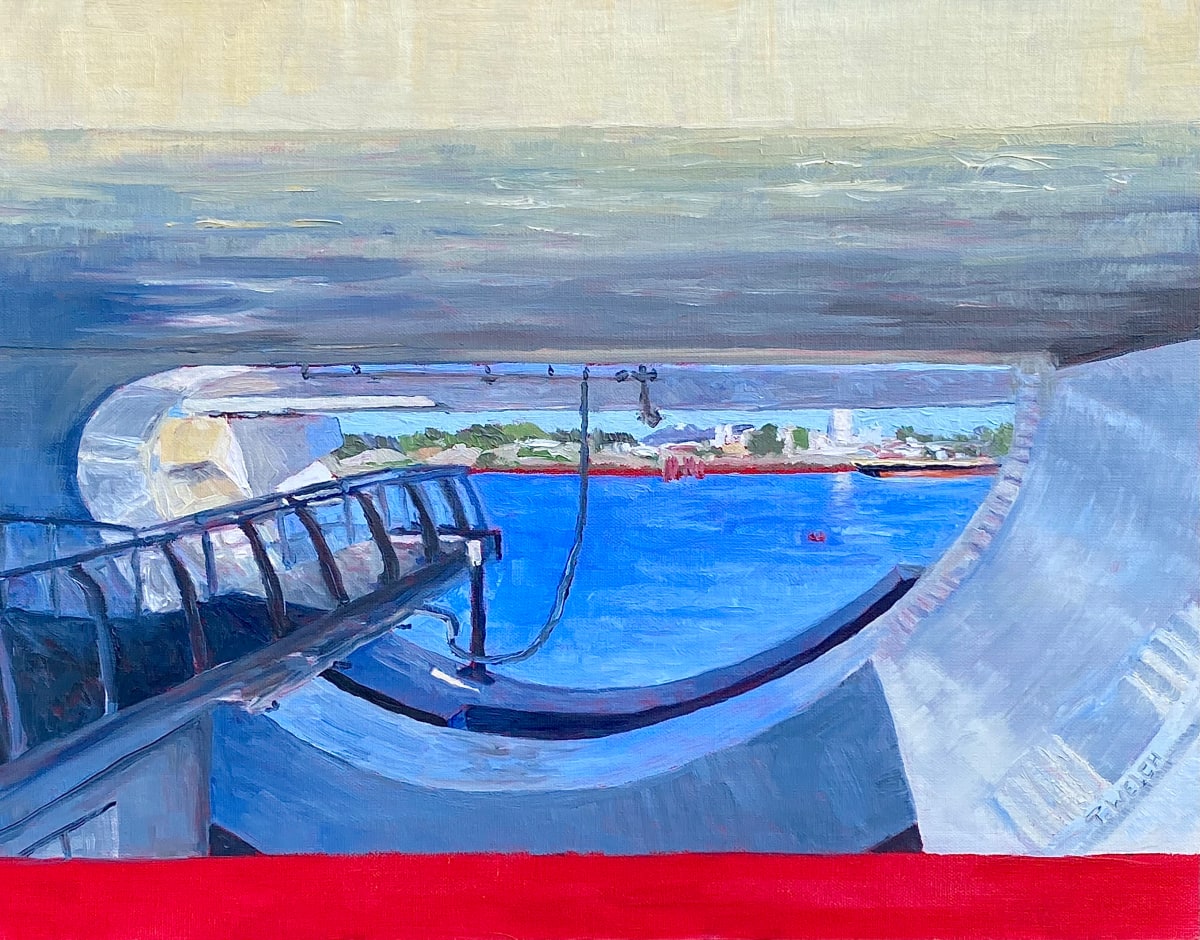 Artist notes: New Johnson Street Bridge view from the walkway. The red line is for the unsustainable making of cement. About 20 years ago I used to run across the old Johnson Street Bridge during my lunch breaks while working as a Provincial Director for Government. I left that job as part of a voluntary departure program later in the year. My fear with this decision was that I would become destitute and end up with a shopping cart and a down quilt sleeping under this bridge. This is not an uncommon fear when leaving a job with no prospects in sight and an even more common fear for women. So, while I was gathering the references for this painting, I couldn’t help but think that I was farther than ever before from sleeping under this bridge and even the bridge itself has had a substantial upgrade. 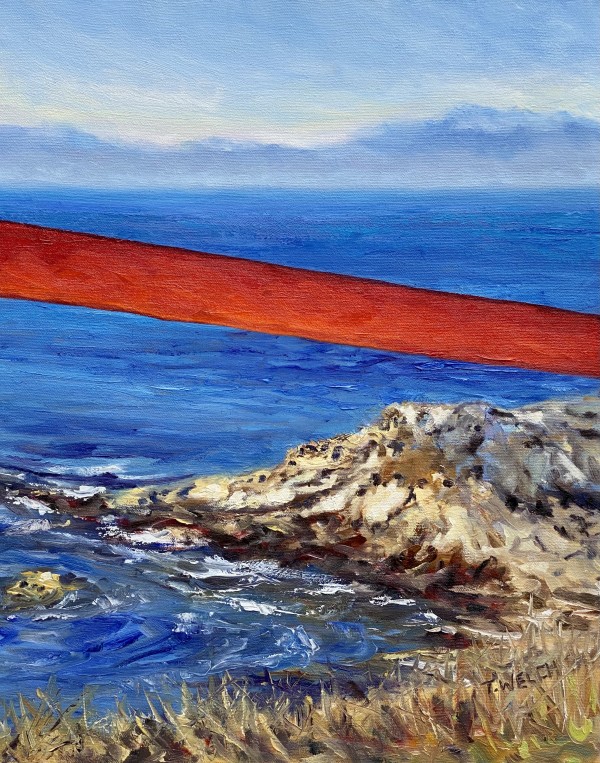 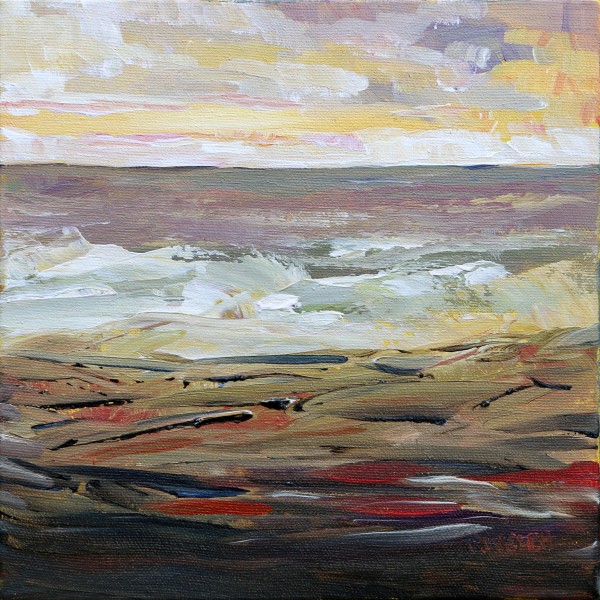 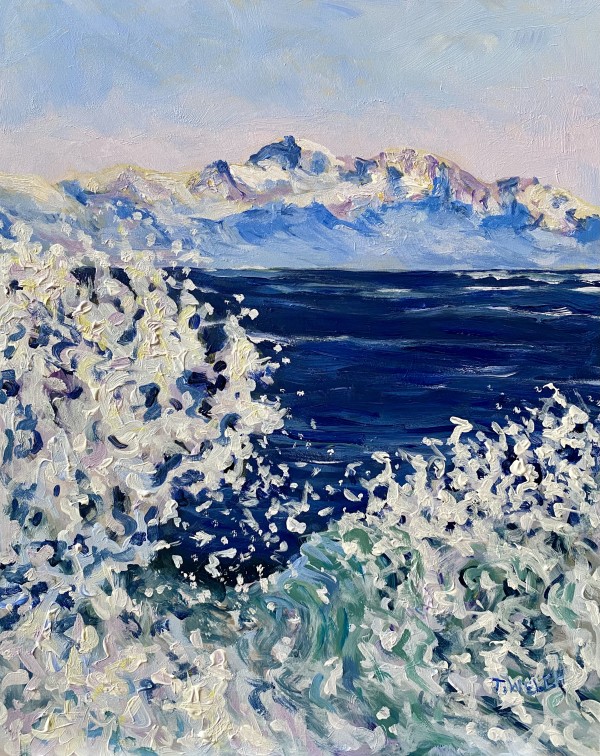 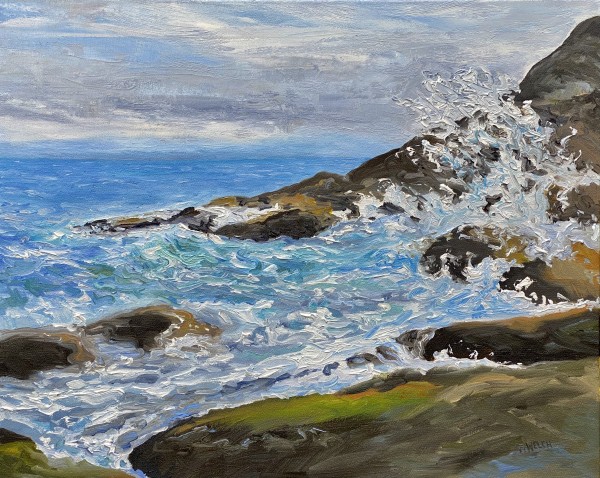 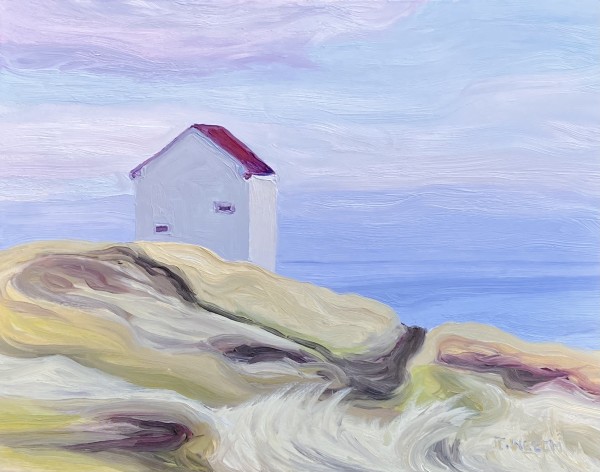 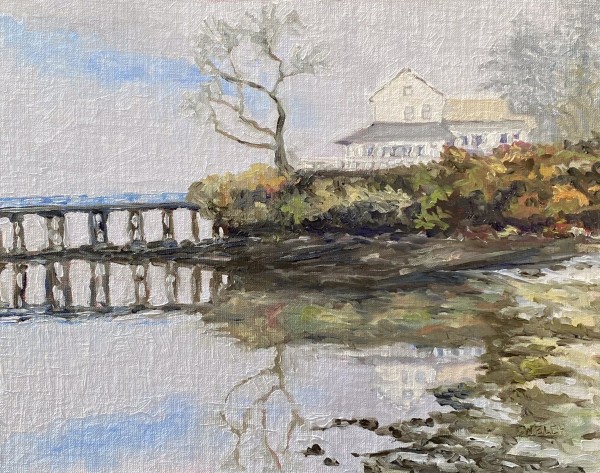 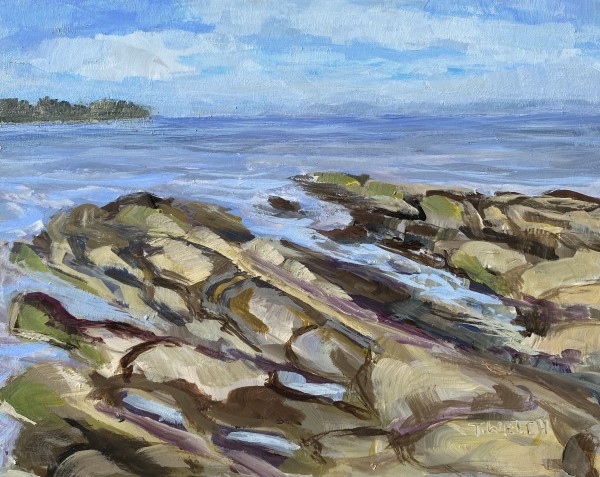