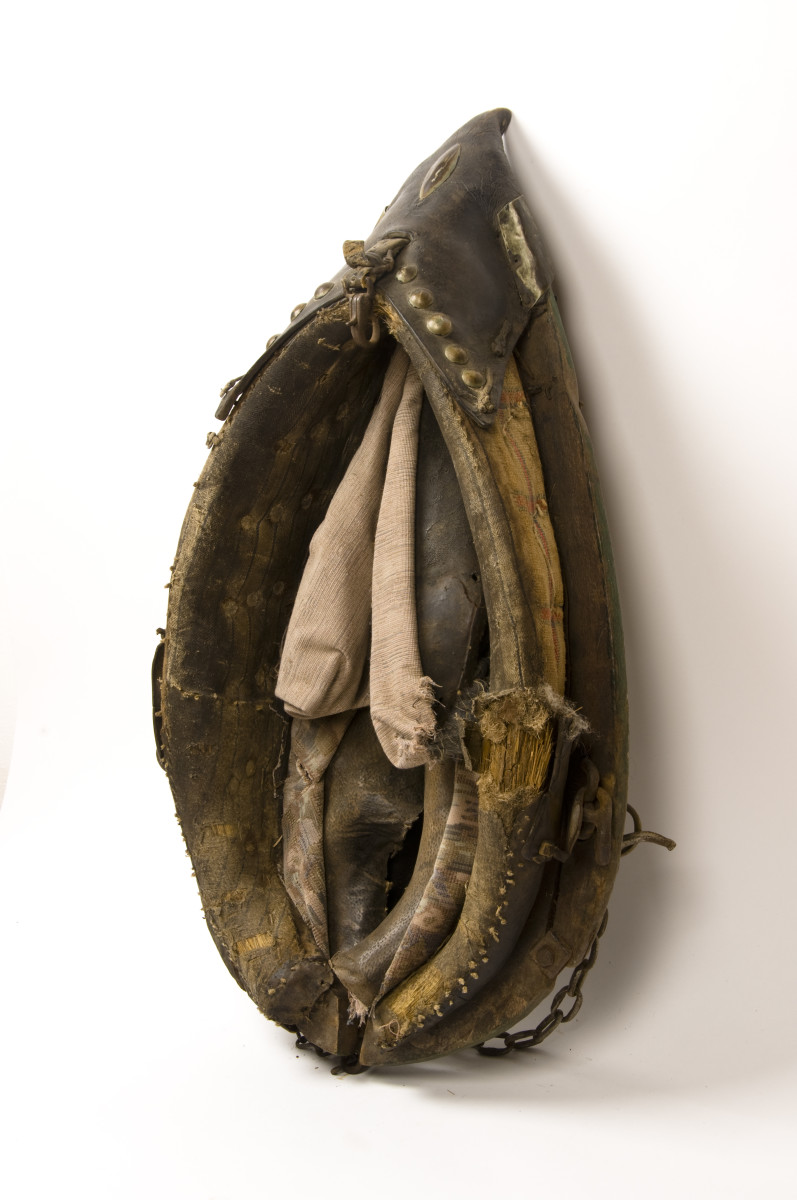 An artist challenged me and it resulted in this series. I wondered what would happen to my practice if I left the hose more as my work is s house bound. I decided that the next object that I found that spoke to me I would work with it. I had taken a job working with horses for cash in hand. Many immigrants were also working there from Tunisia Ukraine and Poland. I found this horse halter at the stables being used as a planter. I found the stable fascinating as it is socially divided the people who stand push sweep shovel on the ground look after the horse 6 hours work for 20 euroes , the horse, and those that sit on the horse and pay for the horse stabling for 1000 euroes a month ( not including veterinary and saddling an d shoeing costs. There is something of the furniture , object, person blur happening that I find so fascinating. When I started to translate the horse halters I wanted them to start a dialogue about labour. I started with the initial meditation on a child born into into indentured labour. I was so shocked at how loud the work was, the pieces were so worn and broken more than I could imagine. Before I started I did not know how absolutely I could change the halter to make the vagina. I was shocked at the pain I felt to be producing this work. The table pieces have some painful to look at joins in the tendons, but this work was harder to own and release into the world because a vagina is such an intimate body part. My work is littered with bodies and the vagina is often implicated but with this work I decided to research my use of the body in my work once again and with more vigor. This lead to a second essay called "On Lost bodies". As a West Indian German there are more lost bodies in my heritage than most. All the halters were found in Germany . The larger ones are from the former West Germany the smaller ones are from the former DDR. Many see African Masks or an African aesthetic. This is interesting as these are actually primitive European tools. Discussions on tribes and tribalism are in this way re-contextualized, as this is the work of two European tribes engaged in a continual "cold" war.

These tools were in part responsible with many other factors for industrialization as the horses were faster than oxen and these new halters designed for them did not inhibit their breathing which meant they could work faster. This put the first farm laberours out of work and a drift to the cities began. When the horse was replaced by the tractor yield shot up again. The chains on the horse halters were removed for nostalgic furniture versions of the horse halters. I think it is fascinating the idea of one man and one horse chained together working, but do not see it as an idyll. In wartime it might have been one horse chained to one woman. Now this singular relationship between the working individual , animal and soil is lost and we have one combine harvester, one man and many fields. But in many ways harnessing the horse had already broken a relationship of one family one plot one yield. The plough man with his horse halter forcing the soil to bear more than his family needs as such was already the beginning of industrialization. I think the horse halter series speaks about this excess of labour very fluently. 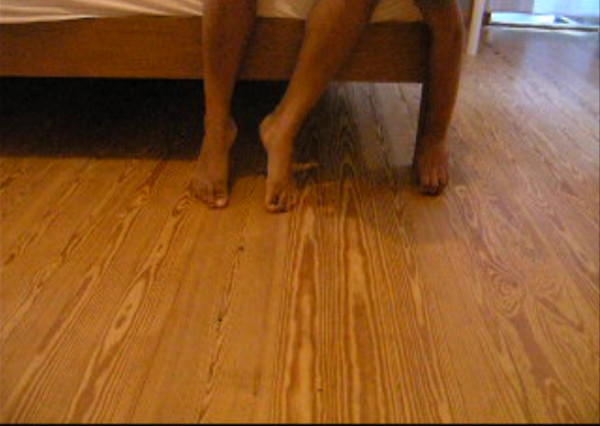 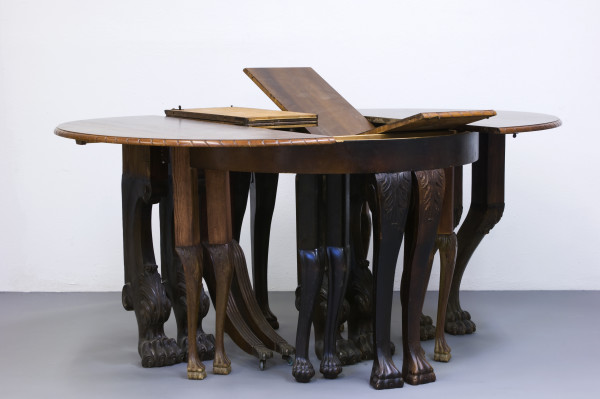 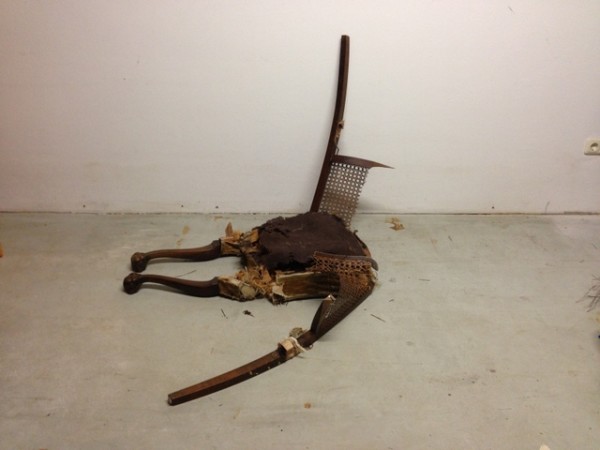 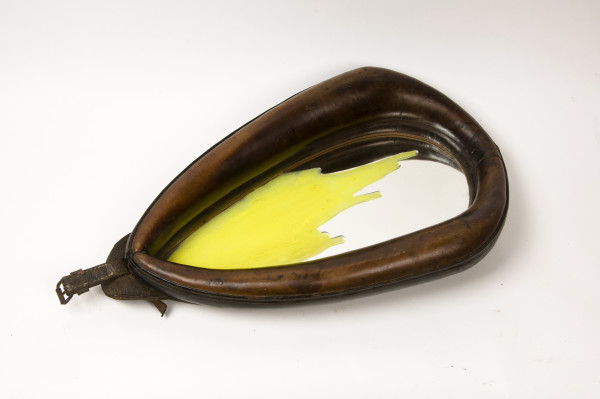 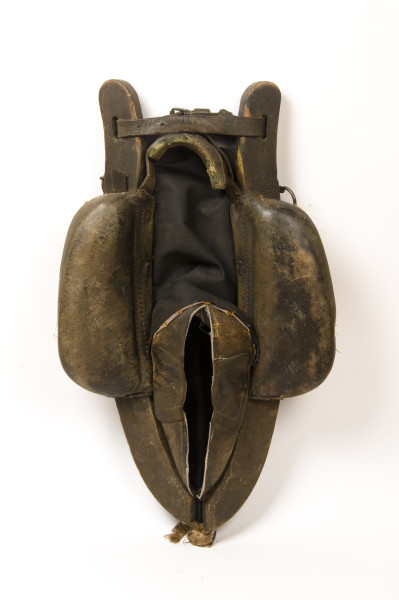 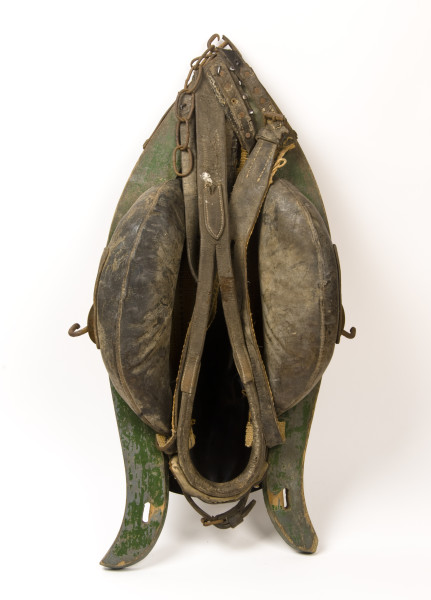 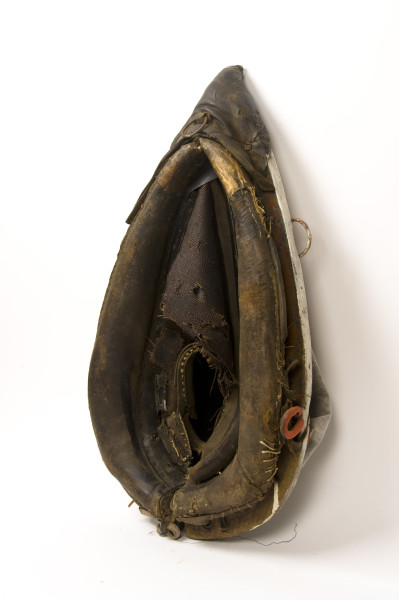 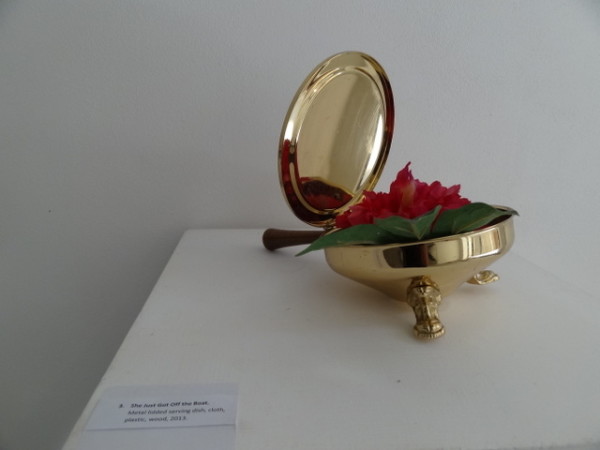 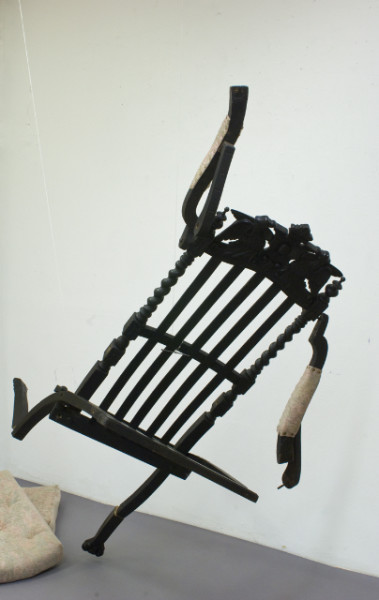 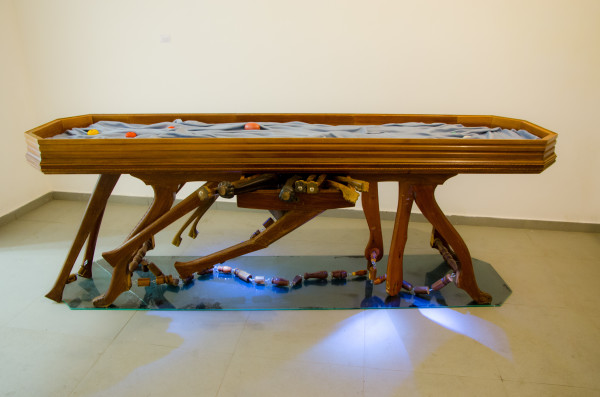 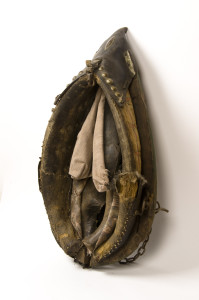 Inquire about piece: Yolk to Harness 1