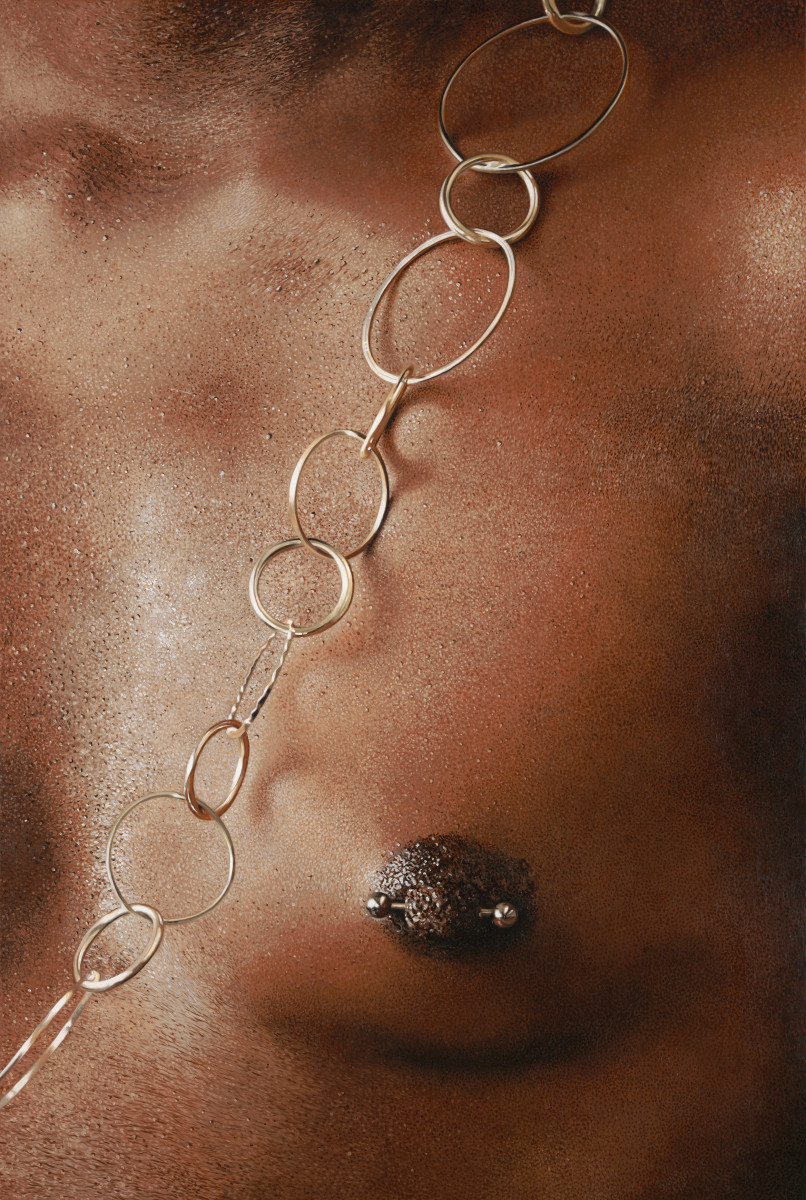 In a world where movie box office revenues exceed $40 billion a year from 1.3 billion tickets sold, it should be no surprise that films from both art house cinemas and multiplexes have been an important source of subject matter and inspiration for many artists.

Rick Davidman, who as the owner of DFN Gallery in New York City became known for specializing in representational, contemporary art, invited several dozen artists, including me, to have their work appear in MOVIE NIGHT: A group show inspired by the silver screen coinciding with the 27th Annual Hamptons International Film Festival nearby.

I wasn't asked to provide a literal portrait of a movie star or reproduce a memorable scene, but rather choose a film as a stepping-stone for creating an original work. I chose "The Color Purple."

My painting examines how the movie made me feel. The necklace is symbolic of slavery and the exceedingly low position of African-American women in American social culture in the 1930s. The naked flesh and exposed breast symbolized my visceral reaction to the scenes in the movie when Celie is assaulted. A powerful painting which embodies the current socio-political undertone of my figurative paintings of women.

Other Work From Nadine Robbins 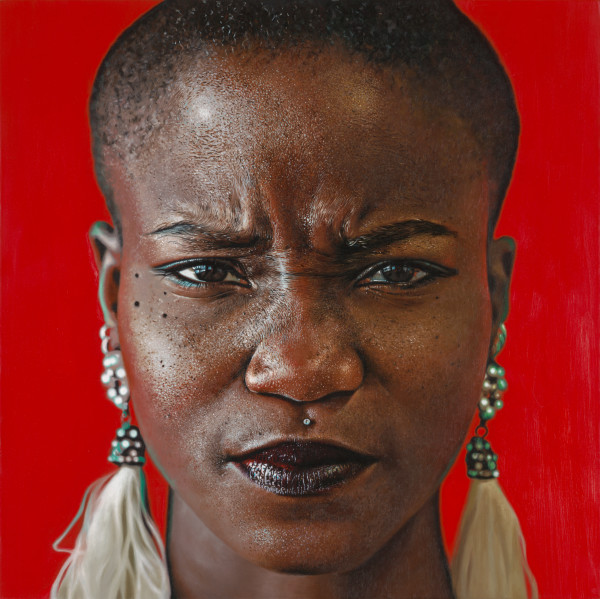 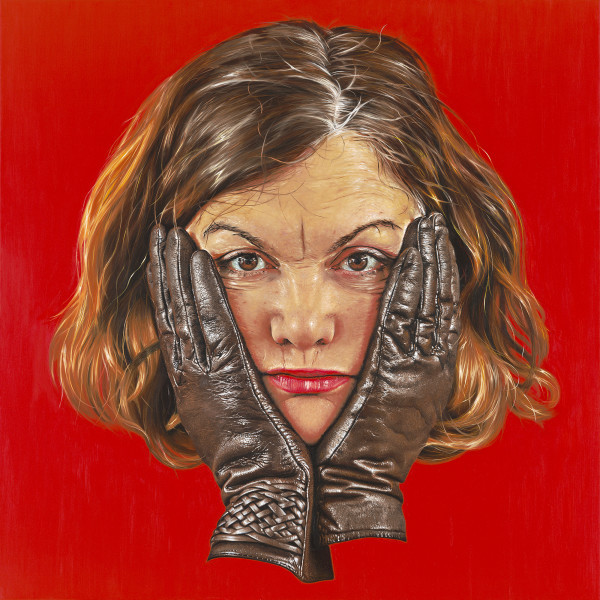 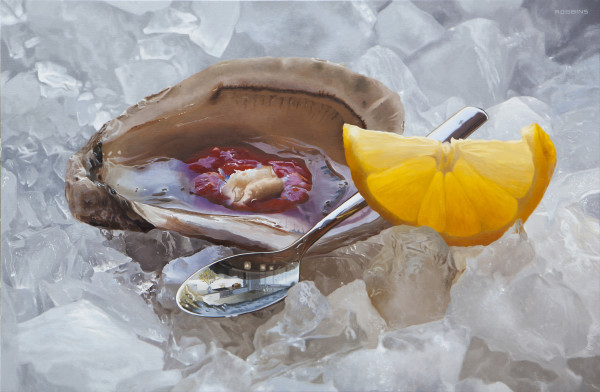 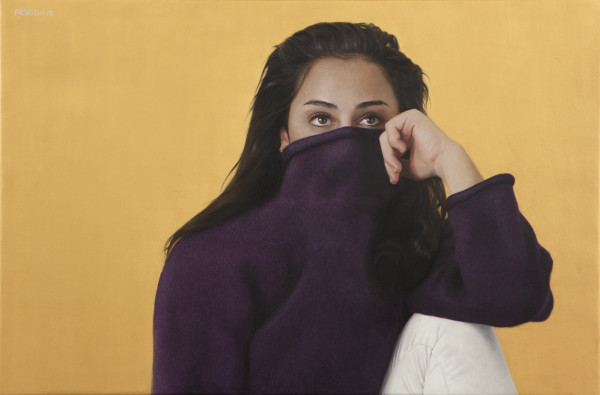 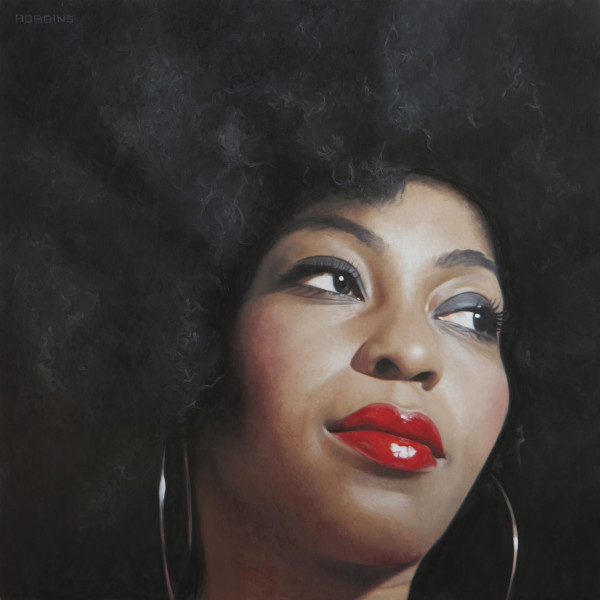 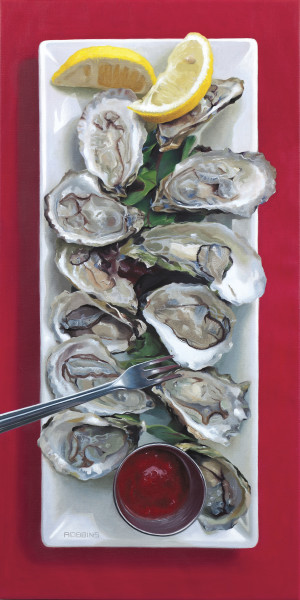 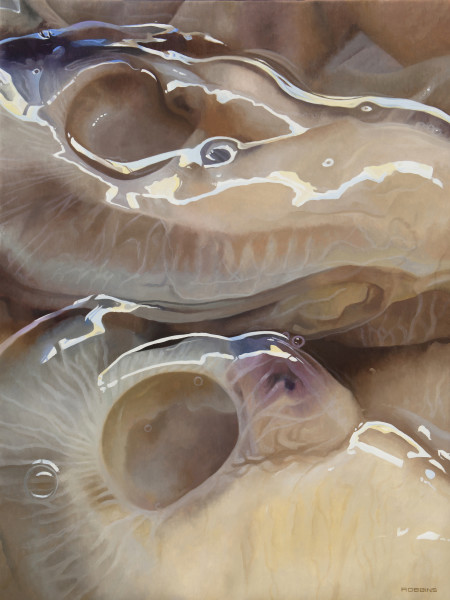 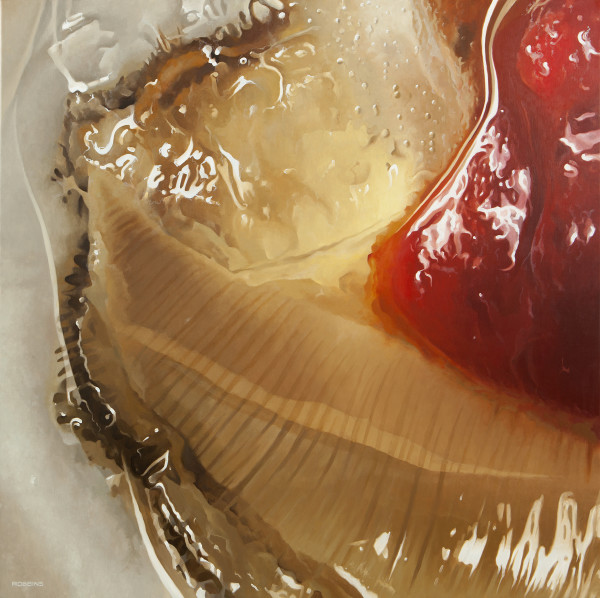 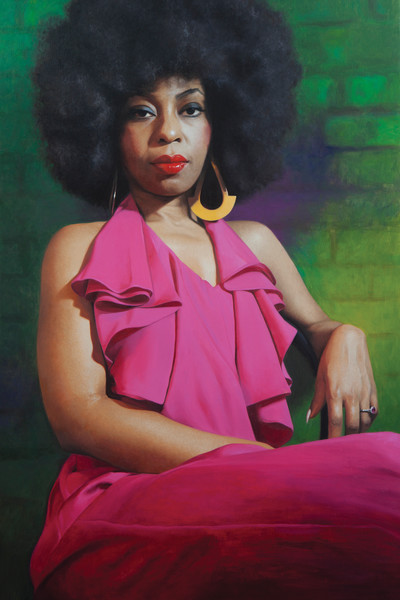 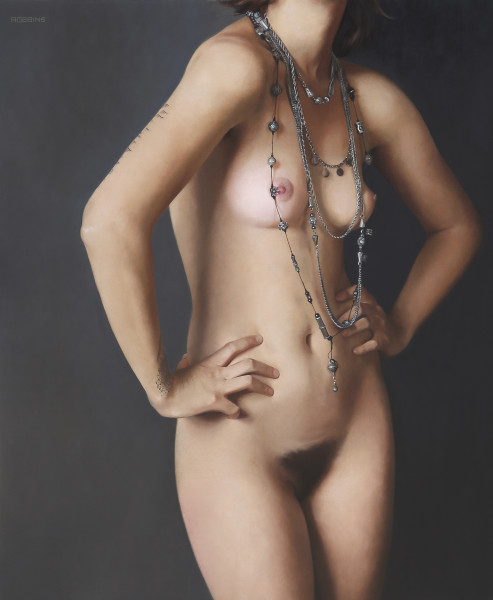 See all artwork from Nadine Robbins