South Louisiana has been home for Lynda Frese since 1986. Originally from Jamestown, Rhode Island, she lived on the west coast for ten years, earning BFA (1978) and MFA (1986) degrees from the University of California at Davis. She won a 1982 SECA Award from the San Francisco Museum of Modern Art for her unique gelatin silver prints. Her first artist residency, working in the woods of Maine, was at the Skowhegan School of Painting and Sculpture, followed by a group exhibition at Leo Castelli Gallery in NYC.
In 1986 Ms. Frese joined the faculty of the Department of Visual Arts at the University of Louisiana at Lafayette, where she taught photography and design classes for 30 years. She received the 2013 Distinguished Professor award for her scholarship and teaching; she is the first Professor Emerita in the College of the Arts.
Lynda Frese maintains a studio in Breaux Bridge and is a frequent traveler to Latin America and Europe. She has been an artist-in-residence at the Rockefeller Bellagio Foundation, the Bogliasco Center in Liguria, and the American Academy in Rome, Italy. For the past five summers she has been an artist-in-residence at ArtStudio Ginestrelle, working in the town of Assisi and nearby sacred woods of Saint Francis. For three summers she worked at an art colony in the jungles of Costa Rica.
Her work is found in private and public collections including the Center for Photography at Woodstock, NY, the Houston Museum of Fine Arts, the San Francisco Museum of Modern Art, the Ogden Museum of Southern Art in New Orleans, the Shrem Museum in Davis, CA, the High Museum of Art, Atlanta, GA, the Mississippi Museum of Art, Jackson, MS, and the Hilliard University Museum in Lafayette, LA. Frese’s work has been exhibited in South America, Europe and across the United States. Ms. Frese received Artist of the Year at the 2016 Louisiana Cultural Awards for her sustained work celebrating the culture and history of the south.
Her most recent exhibition was Lynda Frese: Holy Memories & Earthly Delights, at the Hilliard University Art Museum in Lafayette, LA. (February 17– May 19, 2018). The exhibition surveyed 40 years of her work, from the early toned gelatin silver prints from California, to recent photo-collage works mixed with egg tempera paint. A monograph accompanied the exhibition and was published by UL Press. 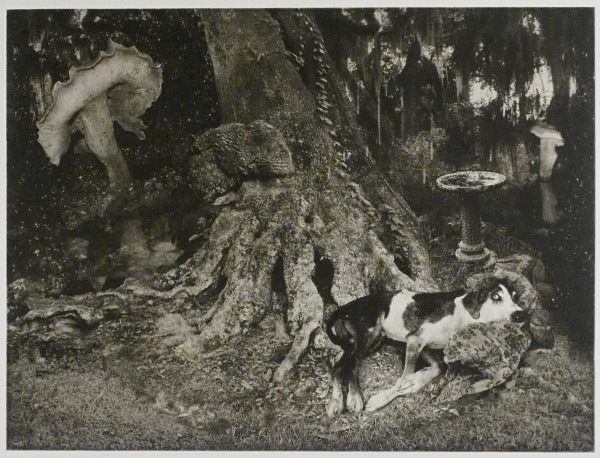 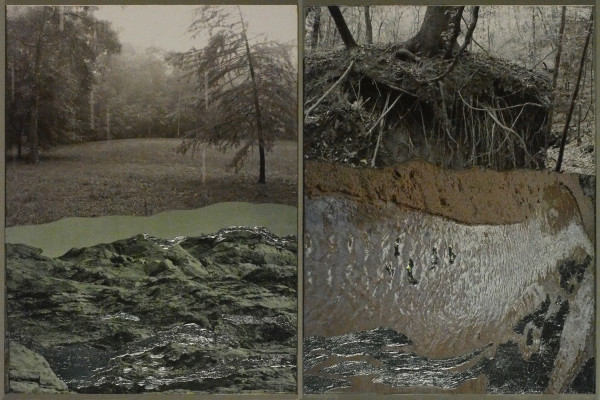 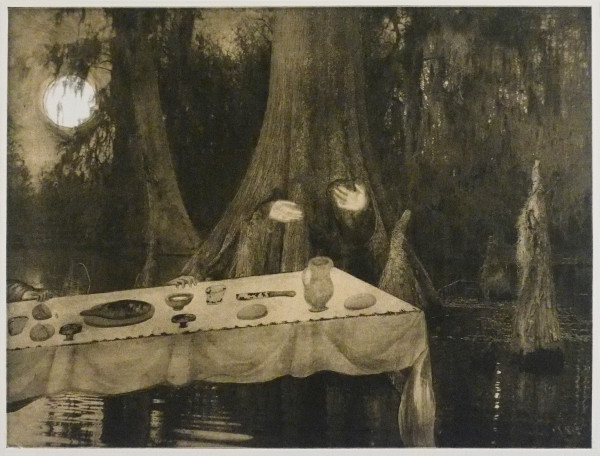