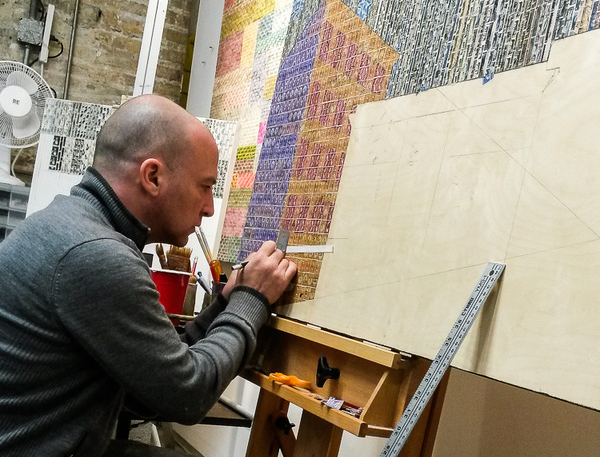 Jordan Scott started collecting stamps when he was a child when his step-grandfather would clip the edges of envelopes off and send him the old stamps.

However, it wasn’t until he made a bid on a mystery package at an estate sale and he found himself with over a million stamps that he found himself inspired to use the stamps in his artwork.

Jordan had initially intended to use the stamps as a kind of textural layer that he would paint over. However, while waiting for the stamps to set before applying the next layer, he was struck by the beauty of the piece as it was. That’s where he started laying out the stamps in different, almost meditative patterns and using stamps as his primary material.

Get lost in the patterns of Jordan Scott's work by visiting his Public Profile Page.

Find out why Jordan became obsessed with stamps and how this obsession led to extensive gallery representation and a long list of impressive shows.

You describe your work as meditative. What are you trying to accomplish with each piece?

I have a degree in religious studies and a 35-year martial art background—I’m also a lifelong meditator. Now I’m doing art full time. Whether I mean to or not, a lot of my pieces are like mandalas. It’s not objective artwork. I’m not trying to make a statement of any kind. It’s subjective. It’s supposed to affect someone on a subconscious or internal level as opposed to an intellectual level. I picture them as something that you can stare at and meditate on .... or at least zone out to [laughs].

Are there any logistical constraints of using this as your primary material?

It’s getting harder and harder with time.

I just finished a commission for Neiman Marcus and each piece had about ten thousand stamps comprised of just four different unique stamp “types”. I needed over 2,500 stamps of same issue and color just to make the piece. Getting thousands of the same issue is almost like a treasure hunt. 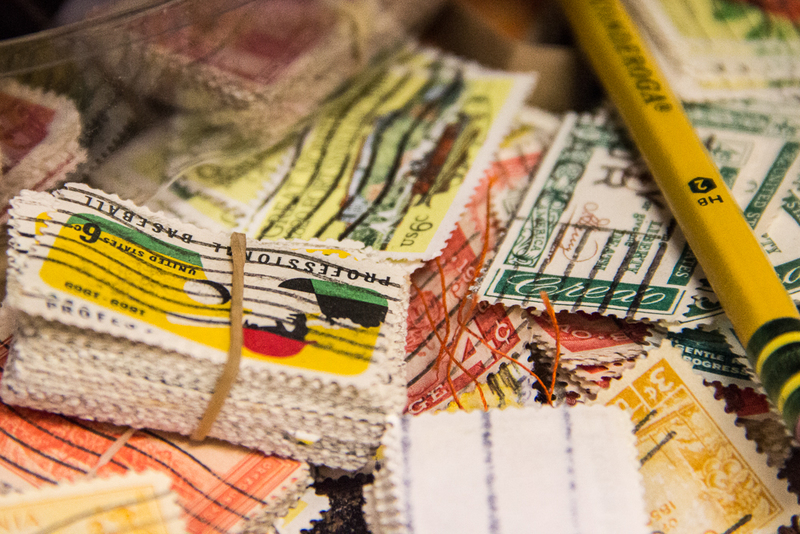 The finished pieces look very much like quilts. Is this intentional?

The textile connection is a yes and no answer. A lot of my inspiration comes from textile pieces. I’m always looking at magazines like Restoration Hardware and I’ll cut out patterns that are part of a textile spread. They inspire me on some level. I’ve literally had people show up to opening and be surprised that they were not at a textile show.

It’s a double whammy. You see the piece one way, and then get closer and it becomes clear that it’s thousands of stamps.

Have you learned anything fun about stamps in general while using them?

The stamps have these really interesting histories to them. I’m also interested in what are called “fancy cancels,” which is a word from when the post office just got started and they weren’t that organized. There are 30-40 years of handmade cancel marks that were carved by the postmaster using bottle corks. They are like limited edition prints to me. I always set those aside. Sometimes I use them in my work since they are so beautiful.

On the making side if you are working with 100 years of stamps you are getting a history lesson. They document our history, people, inventions, discoveries, and events. It could be a famous writer I’ve never heard about, or poet or even a president that I might not know that much about. I have a catalog and I make a mental note to find out about it later.

Now we get some insights from an artist who has art business down to a science. 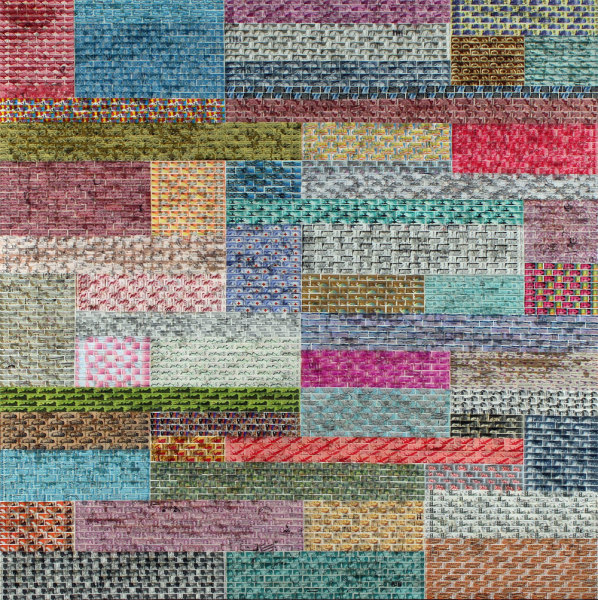 Do you have a routine when you get into the studio?

The 70% is the actual making of the work and the 30% is the getting of supplies, communicating with galleries, updating Artwork Archive … the “backend of the artwork” stuff. It’s important to me because I know a lot of artists that say they aren't doing that well, but they think they can get away with one or five percent of the backend work.

That's where Artwork Archive comes in.

When a gallery comes in, I can pop them out a PDF in seconds. It makes me look good compared to the other artists. Most artists aren't organized and this helps me to be organized.

I’d say it’s more a weekly thing for me. Five days in the studio and two days of office work.

Any other productivity insights?

When I do go to the studio it's the exact opposite. When I go there, I get the music going, get the coffee brewing, and get to work. Period. I don’t allow administrative distractions or personal excuses.

I don't allow myself to have a bad studio day.

Sometimes people say do you have days that you aren’t inspired and I always say, “no”. You have to get past that resistance and doubt and just do the work.

I believe that artists who can cut through that, that's where the inspiration cuts in—cut through the resistance not by praying or hoping for it, just by working. If I can’t find it, I’ll start cleaning or organizing.

Otherwise the process is really simple: kick yourself in the ass and get going. 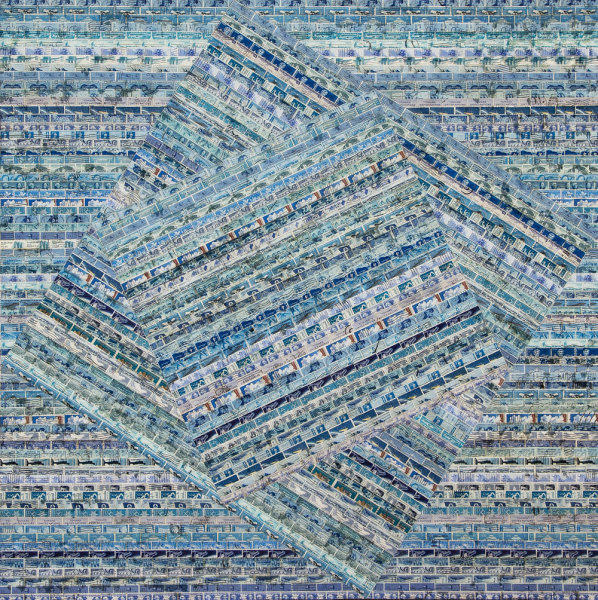 How did you get your first gallery representation?

All of my gallery representation has been done the old fashioned way—with great submission and communication, excellent images, and sending emails. It’s all about being professional, and patient. It's about finding a gallery that fits with your work. It's useless to find a gallery that doesn't fit.

For my first major gallery in Chicago, I sent slides. I went to as many galleries and shows as I could. I would get to know the gallery. I had a nice letter I sent it in that had a “personal reference.” Whenever you put the personal touch in it, it makes the difference.

I got a callback and had pieces in the gallery the same day.

My next major gallery came to me after seeing my work in a pop-up show. Just another example that you just never know who is going to walk in, so take these seriously. Judy Saslow Gallery came in and she was floored by [my pieces]. She asked for samples and I was totally prepared. She was impressed with my art, and when she left with my samples, she was impressed with me. 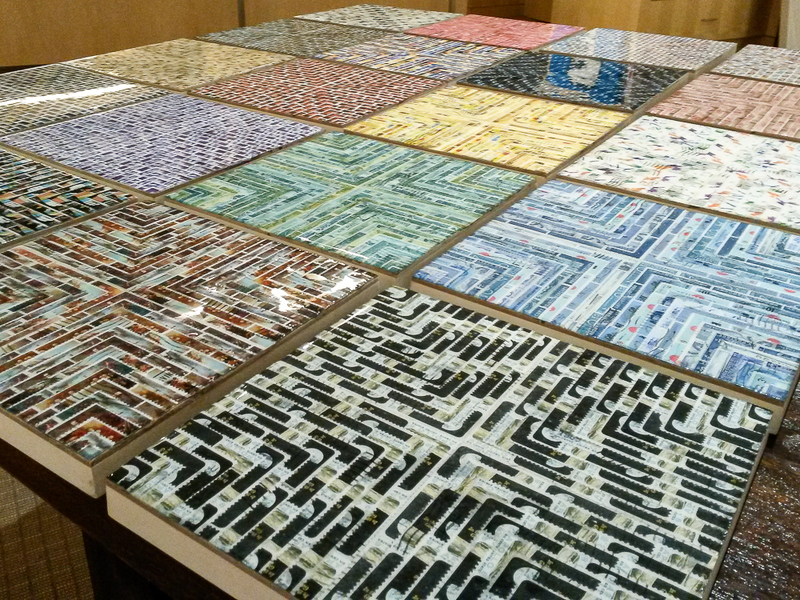 Each piece is finished with resin. Photo courtesy of Jordan Scott Art.

You now have a fair amount of impressive gallery representation … how you maintain those relationships?

I have really great relationships with all them communication wise. I will check in monthly with most galleries. Just a simple, “Hi, how are you? Wondering if there was any interest.” Not asking for anything, just saying, “Hey, remember me?” I’ll do it when it's appropriate.

The main thing you can do to maintain gallery relationships is to be professional and prepared when they ask you for prices or images.

You want to make sure you not only get it to them within a day or so but that it's presented in a professional manner. The best thing to do with any of their galleries is to be professional.

I’ve seen people send images to galleries where they shoot their work leaning against the wall, but they don’t crop it. Or, it's not a sharp image because of its low light. If you can’t do it yourself, you need to have someone else doing it.

First impression is everything.

How would you recommend other artists present themselves professionally?

Most artists that use Artwork Archive have had a moment where they realized they were unorganized and needed something to make those aspects of their studio life easier.

I was doing this myself the old fashioned way with files. I would have a list, but I needed to be able to see at a glance where everything was. When I had one or two galleries it was ok, but when I started getting more and submitting to more shows, it got mentally and emotionally overwhelming to visualize where everything was. I didn't really have a solution for it.

Sergio Gomez told me he used it, and that's all I needed to hear. My "aha" moment was that recommendation, and because it was the kind of ease of mind that I would get once it was input. For me, it was about getting to the next level.

It's really motivating to use Artwork Archive because you can you can open your Locations up and see all the red dots. When you are having a bad day you can open it up and see, “Hey, that gallery sold something a few weeks ago.”

Want to visually see all your sales and present yourself professionally to galleries and buyers?

Try out Artwork Archive free for 30 days and watch all the little red dots appear. 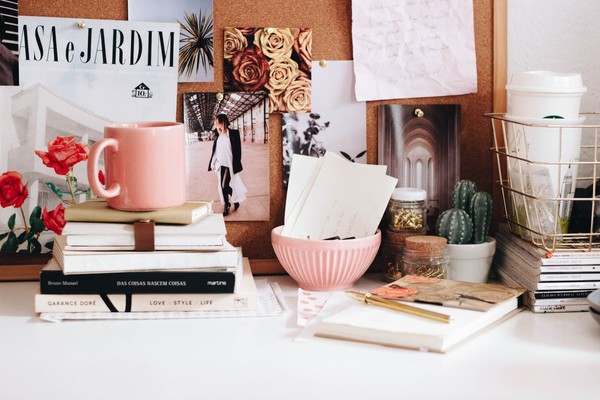 The very first steps to being a professional artist? Map out your road to success with our business plan outline for artists. 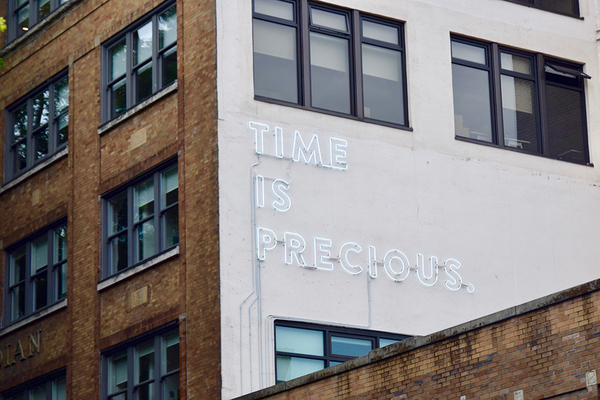 How to Price Consistently for Art Sales Success

Consistent pricing is essential for art sales success, but where do you start? You need a price that makes sense to buyers AND pays what you deserve. Try one of these 3 formulas! 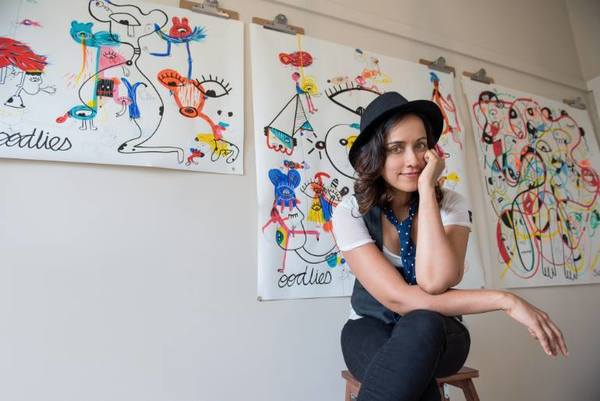 The Wonderfully Wacky World of the Artist “Oodlies”

Doodling her way to understanding, Joi Murugavell of "Oodlies" creates a fantastical world of characters, all struggling with the same day-to-day problems we face. 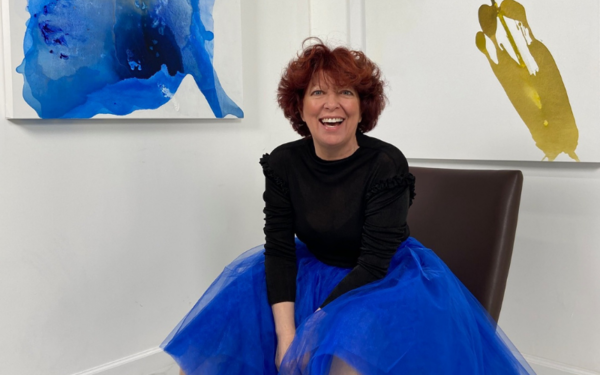 Artist Spotlight: Clara Berta on Finding Joy Within the Work

Berta shares how she infuses emotion into her work and finds joy in all aspects of her art career.