For years, public artists have been exploring new and different mediums for their public art installations. But, inspiration does not have to come from new or expensive materials. Sometimes public art projects can be born from repurposed materials.

Here are two projects in which artists used recycled materials to bring new creative life to a space.

Inspiration from an Unexpected Source

Jamie Wirkler and Bill Goodrich of Dispersion, based in Boulder, Colorado, design and build illumination systems for art, architecture, landscapes, experiential environments, and everyday objects. Through their innovative use of LED technology, they work side by side with artists, fabricators, commercial and public spaces, and brands to illuminate and engage. Recently they’ve helped architecture and design firm Perkins+Will and Denver-based fabrication firm Demiurge Design add illumination to the Emancipation Park monuments in Houston, TX.

They started looking for new materials as inspiration for a new temporary installation with the City of Boulder Office of Arts and Culture. They knew they wanted something that would work with their lighting technology, withstand the elements and abuse of a public exhibition, and isn't so commonly used in installations that it was recognizable.

When they came across a sample of bridge slotted steel, a screen or pipe with staggered slits or holes, they knew they found something interesting. Traditionally used for things like deep water wells and filtration systems, it seemed to fit the bill.

“As soon as we saw it and put light into it, we were sold,” says Wirkler.

“The really cool thing is that there are these perforations pressed into the metal, but you can’t see into the center. The material blocks the LEDs but not the lights”, says Goodrich. 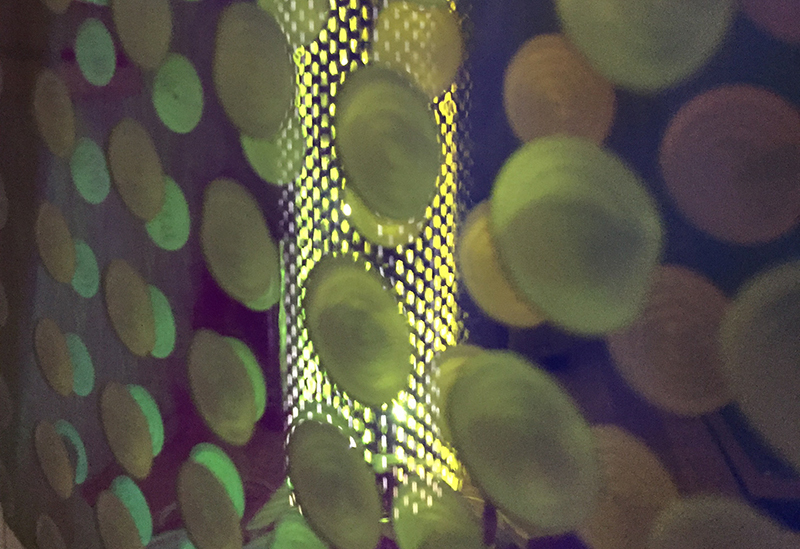 But simply finding the material was not enough. They could not find enough of the bridge slotted steel sample for their vision. No longer produced in the US, it turned out to be harder to track down.

They tried looking for recycled pieces of this material from defunct projects, and are still hoping to find some for future projects, but they had to go overseas to find what they needed.

Once they sourced the material, they built Spires. It is made up of three sets of vertical, illuminated cylinders made up of clusters of 3- to 7-foot tall tubes of the bridge slotted steel, 8 inches in diameter and mounted to a base plate. The slotted nature allows light from embedded RGB LEDs, attached to an internal core and a lid, to emanate in an intricate pattern. The Spires respond to human interaction. Participants are invited to touch or tap on the metal to create a heartbeat effect with the lighting.

Dispersion loves the effect of the steel, which is blackened to invoke a feeling of different industrial eras. They put a lacquer over the cylinders with the hope that the inside will rust and that the overall effect will transition over time.

The installation only needs minor technical upkeep during an exhibition to maintain power and lighting because the electronics are safely sealed in the interior and the exterior has a lacquer finish. It should be capable of short to long-term installations in a variety of weather conditions with no damage to the materials at all.

“I think it is great!” says Mindy Vink of the Public Art Program in Boulder. “It is a challenging site with a lot of history and a big footprint. Dispersion did a great job creating and siting the work: it’s human-scale so it is not intimidating to approach and was installed in a way that compliments the bandshell rather than getting dwarfed by the site.”

The Public Art Program in Boulder uses Artwork Archive to keep track of Spires materials, location records and when the time comes, its minimal maintenance records. 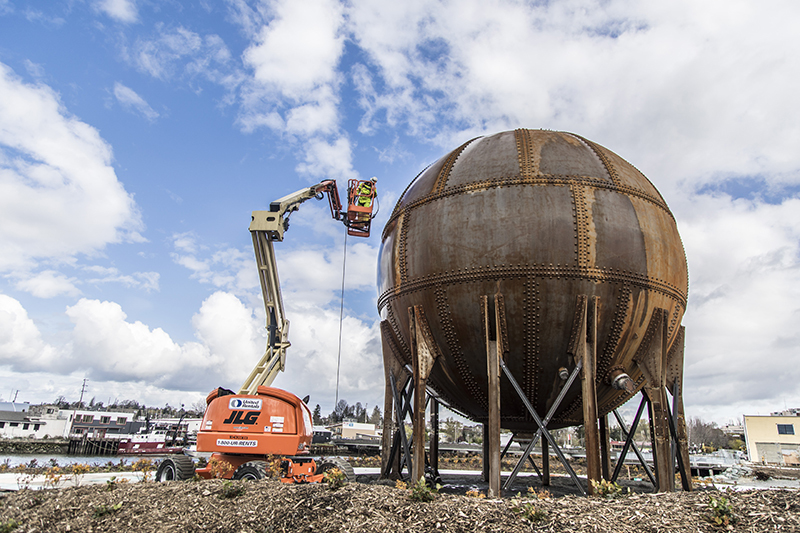 RGB LEDs had been installed on the support structure around Waypoint, reflecting color off the traffic bead coating applied to the acid ball. Photo Courtesy of Mutuus Studio.

The City of Bellingham, WA has been developing a waterfront park along Bellingham Bay. “Throughout the waterfront planning process, community members and other stakeholders have expressed an interest in retaining relevant or representative structures and artifacts to authentically represent the industrial character of the site and help tell the story of the historic pulp and tissue mills which operated there,” says Darby Cowles, Senior Planner with Planning and Community Development. Bellingham had a budget of $130,000 from the city’s Percent for Arts Program and something called an acid ball.

The acid ball was part of the former Georgia Pacific pulp and tissue mill operations, which ceased operations in 2007. The ball was one of two accumulators that were used as a relief system to maintain a constant pressure while wood chips were being cooked in sulfurous acid at high temperatures and pressures. 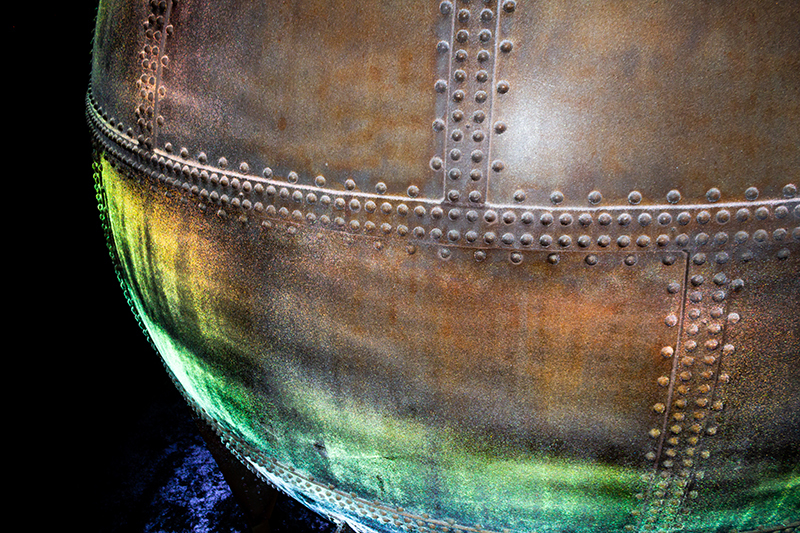 “The first thing that became obvious when reading the call was that this proposal was put together by people who really loved the acid ball,” Saul Becker of Mutuus Studio explains, “That’s why this whole project existed, and we wanted to approach it with a light touch.”

Mutuus Studio, a Seattle based design and concept firm, was inspired by not only the ball but Bellingham’s dedication to preserving it. The three-person team worked to find the smallest big move they could make. They started a bit unconventionally, with a list of ideas of what not to do, including cutting it half, floating it in the water, and turning it into a jungle gym, before they settled on three major ideas.

First, they wanted to preserve the integrity of the object and its rusty patina but somehow highlight it. After much research, testing, and prototyping, the acid ball was coated with traffic beads, commonly used in traffic paint, signs and pavement marking tape. This coating makes it highly visible and is retroreflective (the light bounces back the same direction it comes from) which creates a dazzling flashing effect. Ironically, the traditional way to contain acid is glass and Becker feels like it was a fitting cycle to coat the acid ball in glass beads. 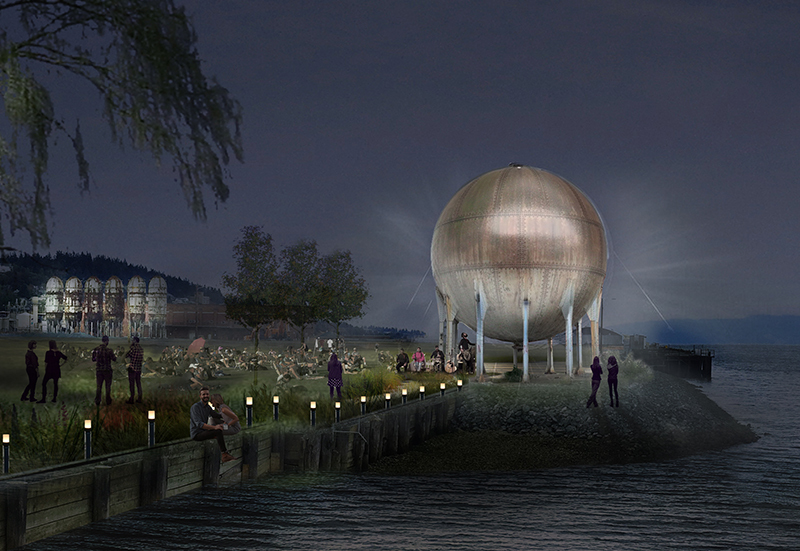 Second, they added custom LEDs in the ground and on structural support poles. The acid ball and its coating will flash with light and color during the day and night. And, the city can change the LED colors at special events.

Lastly, Mutuus Studio wanted to move the 410,000-pound acid ball to a new location that would be visible both from the streets and the water. They want the re-envisioned acid ball to help you find your way, to be a stopping place on a trip or a landmark for directions. This is what inspired the sculpture's name, Waypoint.

Waypoint is in the final stages of fabrication, all of which has taken place on site, and the new Waypoint Park is due to open late this Spring. The materials used have already stood the test of time and are traditionally used in outdoor environments so the maintenance should be minimal. The next time you find yourself in Bellingham, Washington, follow the flashing ball of light.

Check out these public art installations that used old materials in new ways! 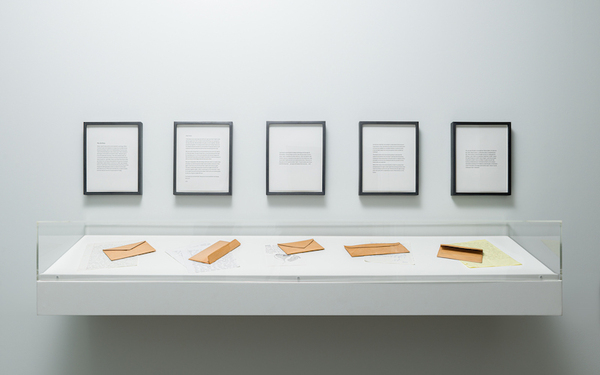 Best Practices in Public Art: 4Culture is Using their Database to Share Artist Stories and Connect with their Community 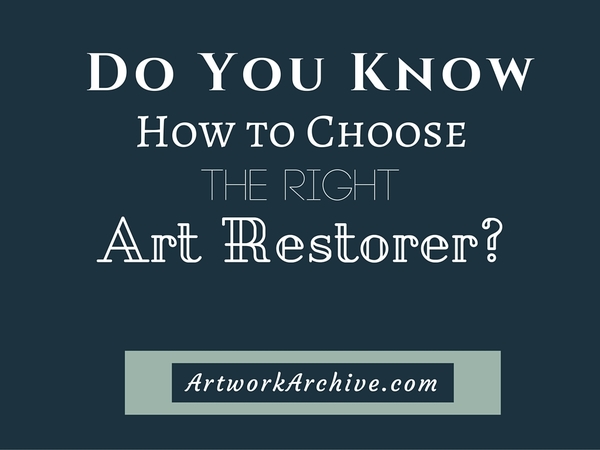 Do You Know How to Choose the Right Art Restorer?

Get inside the mind of an art restorer to find out tips like how often your art needs to be cleaned. 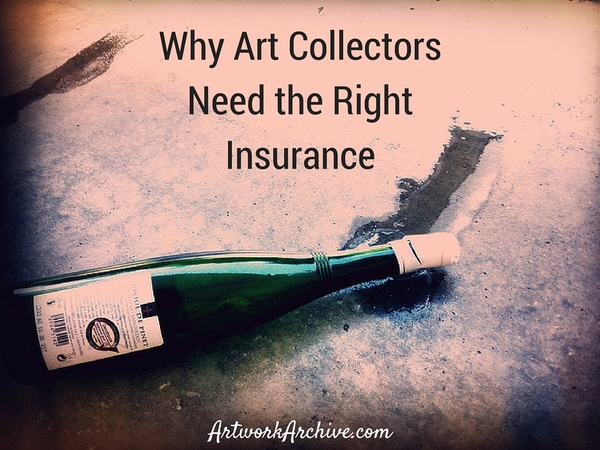 How to Insure Your Art Collection the Right Way

Prepare your art collection for the unexpected.