Clouds of pink blossoms fill the morning sky with petals drifting slowly onto the garden paths. It is Cherry blossom season in Mayne Island’s Japanese Garden. The season of sakura is here! Want to go hanami?

This painting was started plein air while standing on the edge of the path in the garden for several hours and then finished in the studio the next day. As I was painting, visitors came by who have lived on the island for more than twenty years and helped in the development of this garden. The Japanese Garden was built and is maintained by volunteers with funding that comes from donations. They told me that the current design was centered around nine original cherry trees that were planted by the Japanese family who owned the land before their interment in the second world war. This garden is a way of acknowledging this part of Mayne Island's history and helping to heal the past. For me, as a painter in the garden that day, this acknowledgment and healing is alive and ongoing. While my brushes moved quickly across the canvas, a Japanese family came by to enjoy the garden and stopped to watch me paint. The grandmother spoke only in Japanese while the two young adults quickly translated both my words and her words mixed in with conversation and observations of their own. This painting of cherry blossoms holds what is left of our shared experiences or at least as much as I was able to render on the canvas. 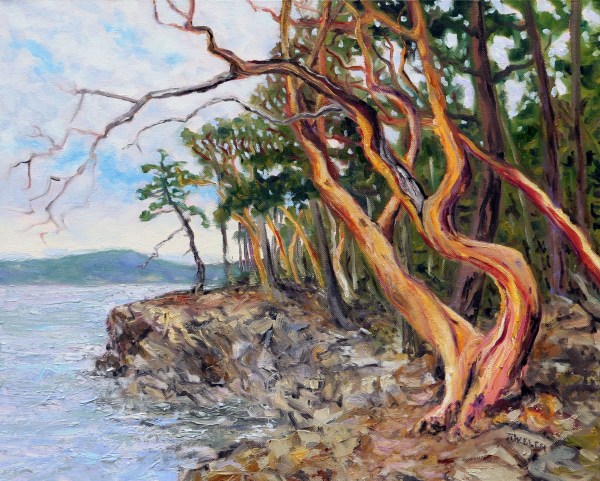 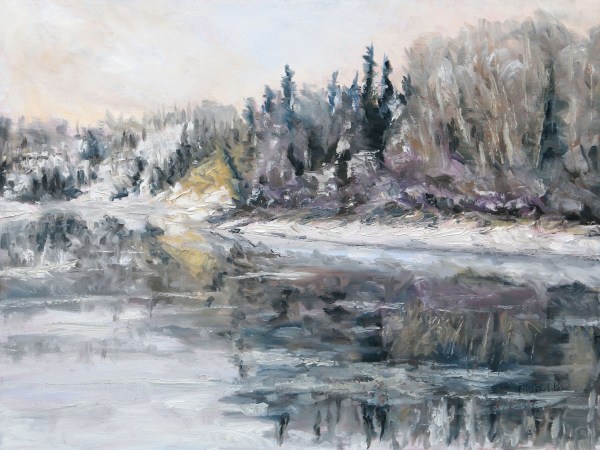 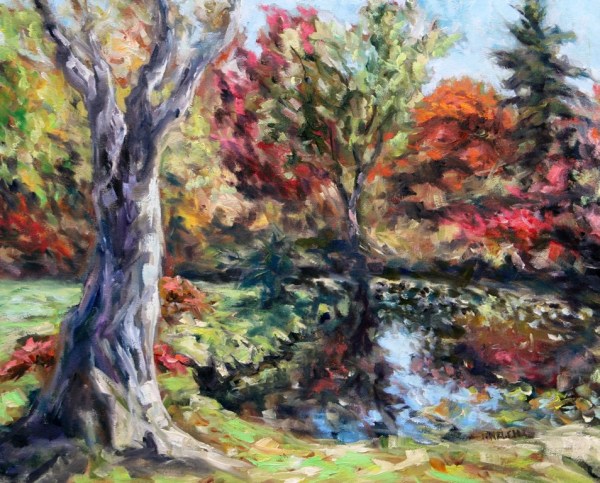 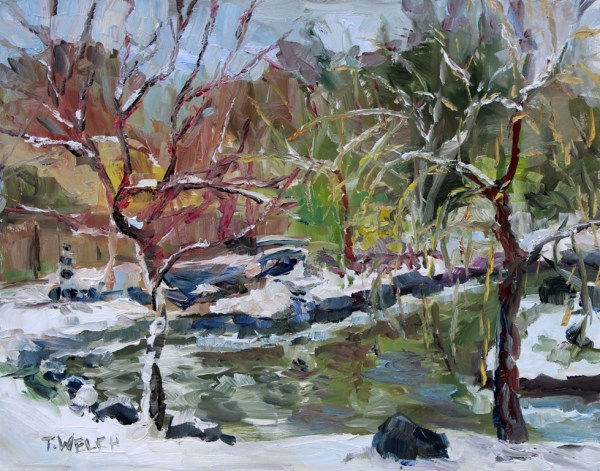 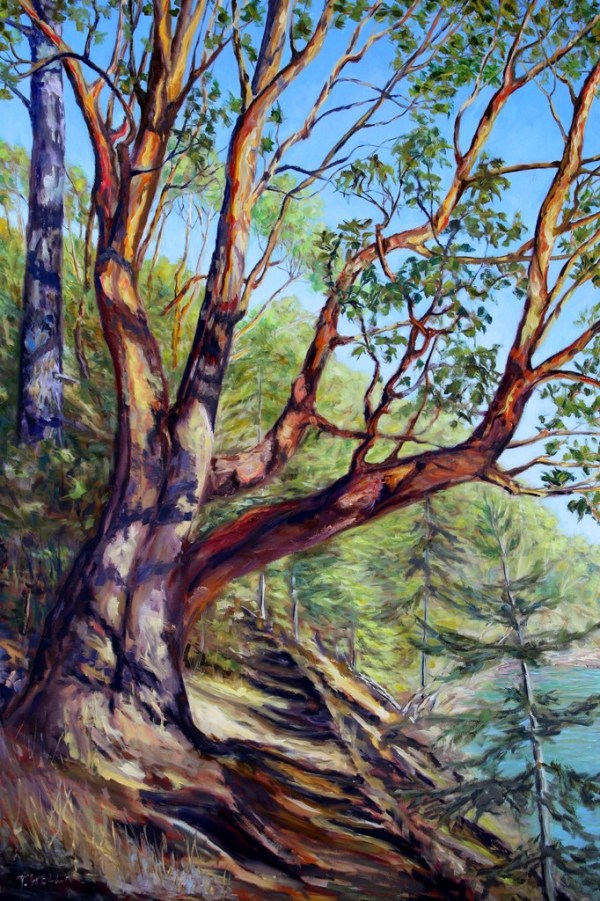 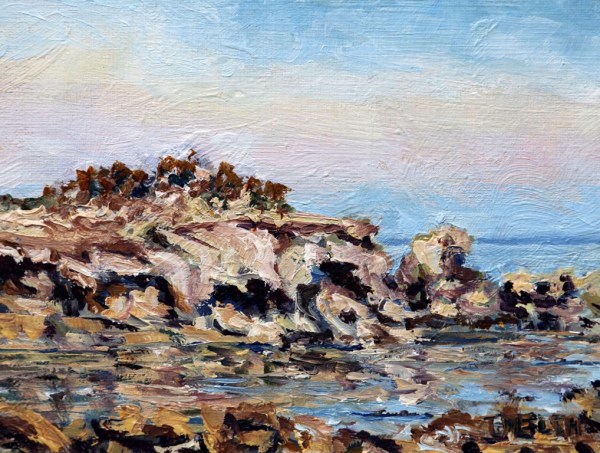 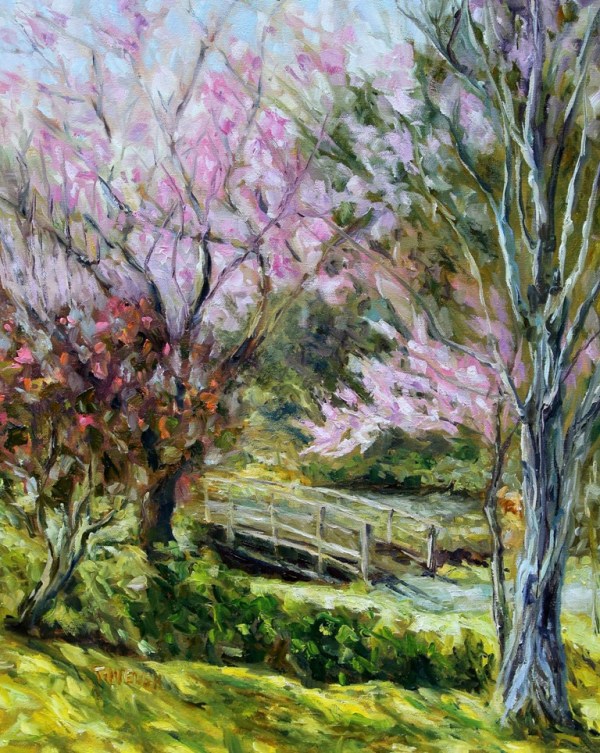 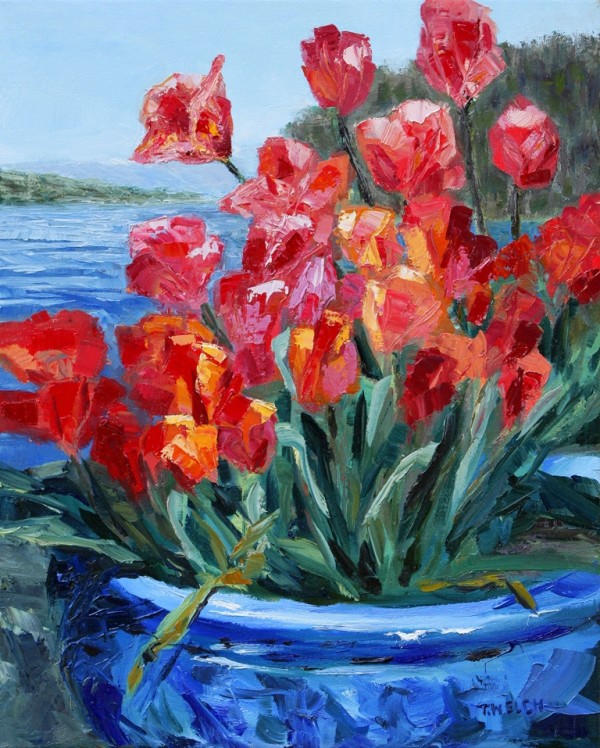 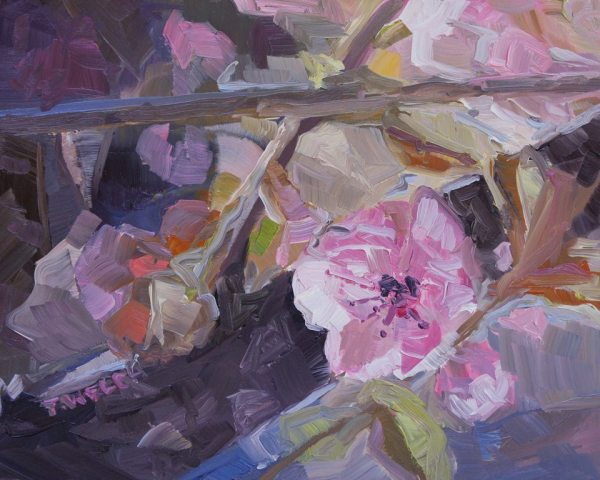