The Supreme Court of Ohio

An organized archive and digital exhibition of the art located within the Thomas J. Moyer Ohio Judicial Center. 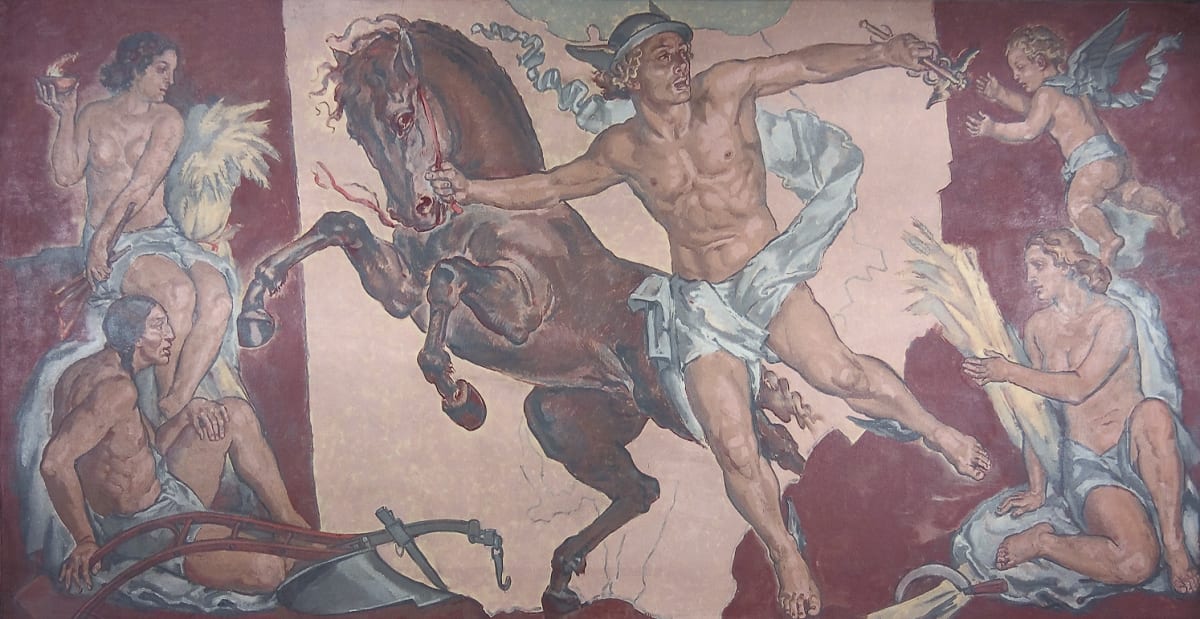 The third ceiling mural in the courtroom. Ohio is depicted in the center panel and is symbolized by Mercury, messenger of the gods in Greek and Roman mythology. He leads a stallion, symbolizing the Ohio Company of Associates, which founded Marietta and opened Ohio and the entire Northwest Territory for settlement. On the left is a female figure seated by a sheaf of grain and holding a lamp. Seated in front of her is an American Indian with his hand on a plow. The cherub in the upper right — a tribute to the Ohio Company settlers — represents references in the Northwest Ordinance to public education and religious institutions. At the lower right is a woman with grain.

Other Work From The Supreme Court of Ohio 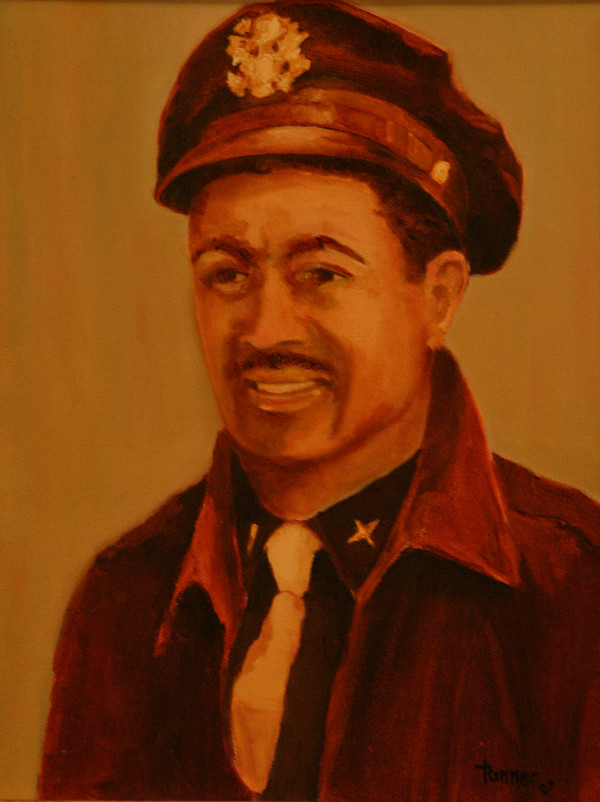 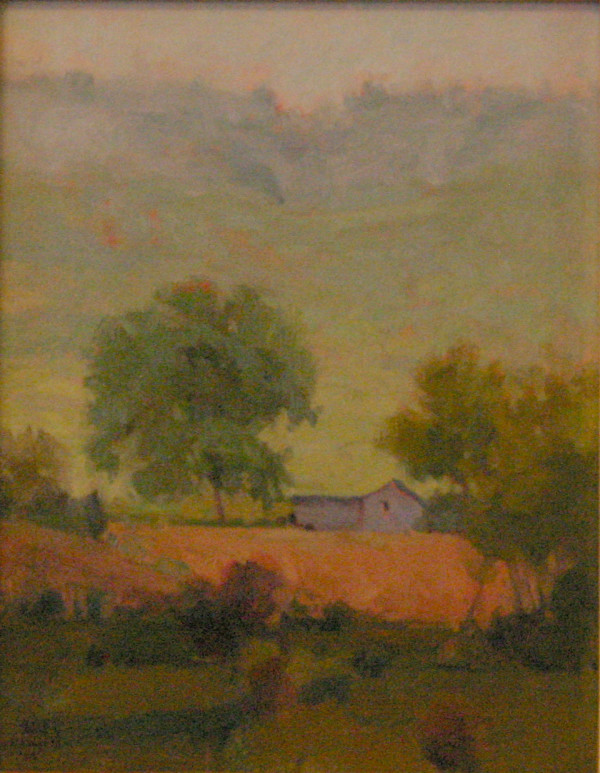 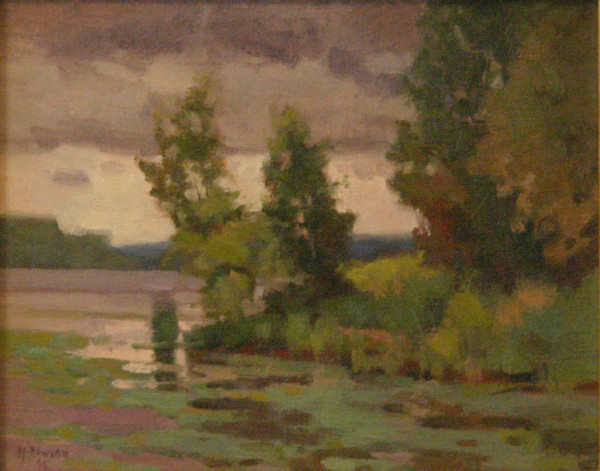 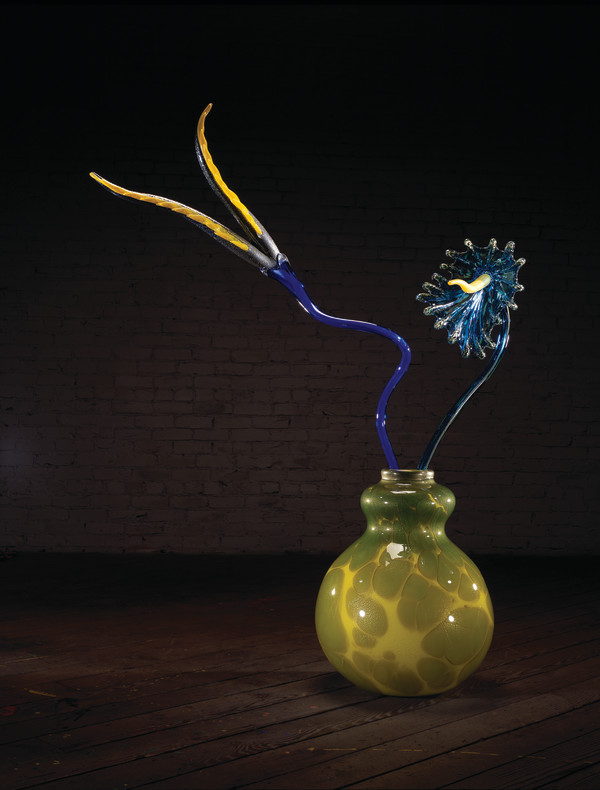 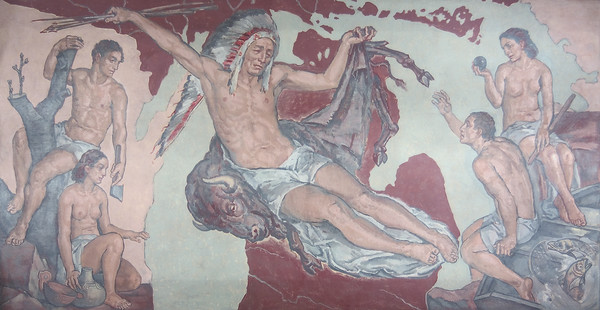 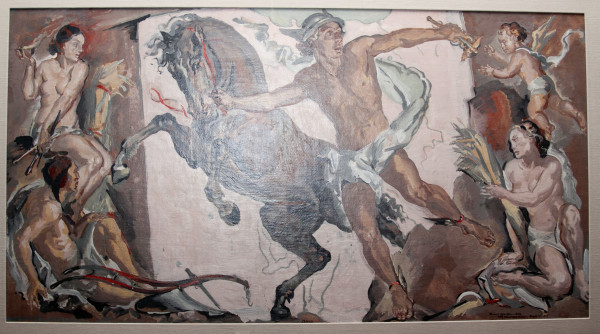 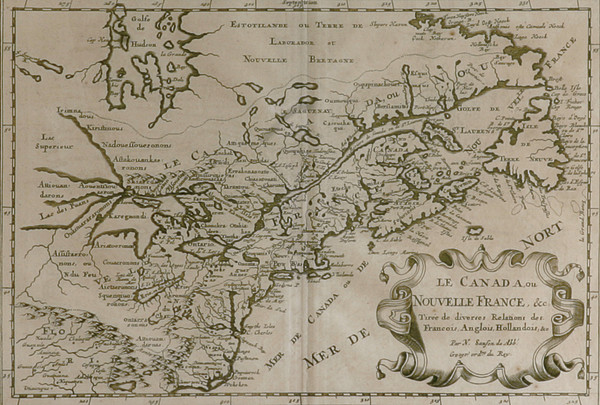 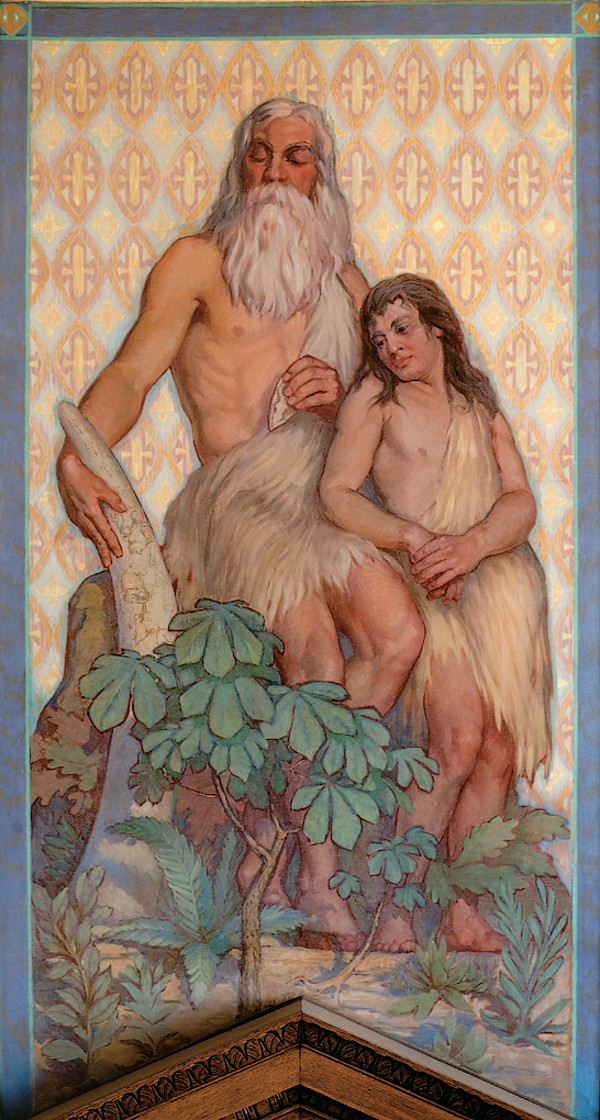 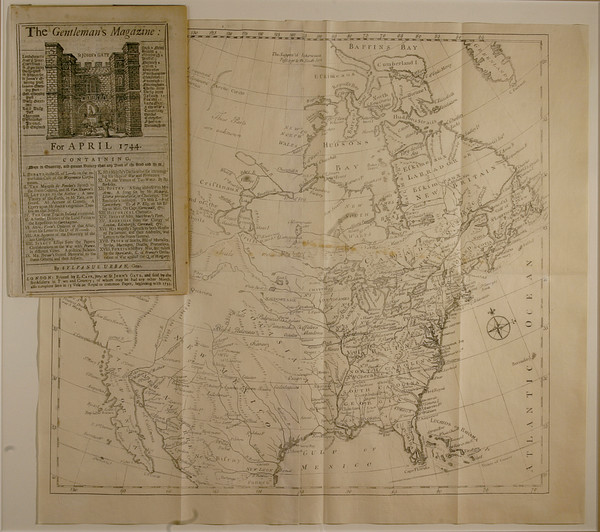 See all artwork from The Supreme Court of Ohio