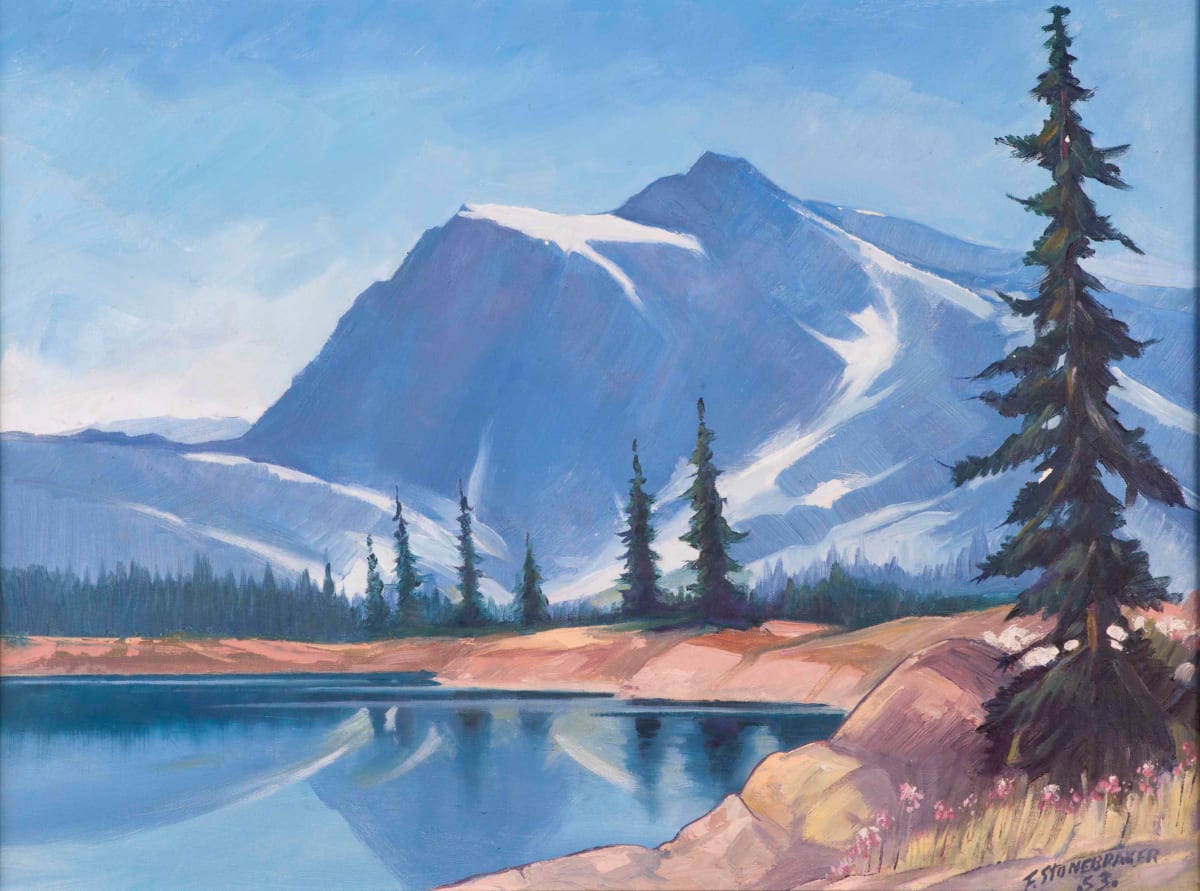 Fred Stonebraker's untitled oil on panel rendering of a Uinta scene features a clear lake with imposing mountains rising up behind it. It seems to be an early summer morning, with flowers blooming in the foreground, but snow still clinging to the mountain in the shadowy crevasses. Everything feels in sync in the scene: the blue of the sky, the blue of the mountains, the mountains' reflection in the lake, and the reflected sky all in harmony in their clarity and tone. Stonebraker's practiced hand deals confidently with the shapes of the snowpack, which gently echo the shapes of the pine branches. It's a spare rendering where nothing feels overworked with the style of the piece landing somewhere between realism and impressionism.

Fred Stonebraker was a native of Coalville, Utah and an active artist in the community. He frequently designed signs and posters for local events, including the Summit County Fair for which he created work for years. He painted scenery for local musical programs and dramatic productions. He is also known for a beautiful version of the Last Supper that he painted for the Hoytsville church. 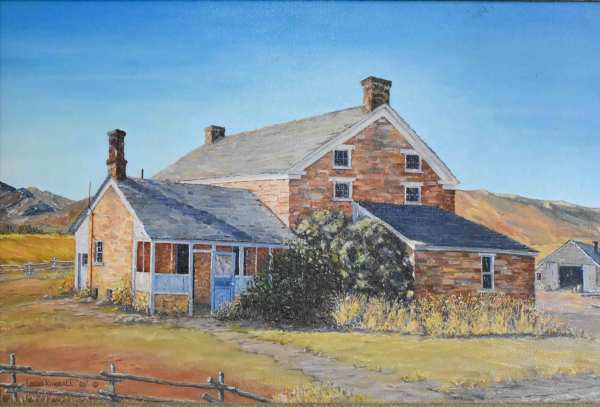 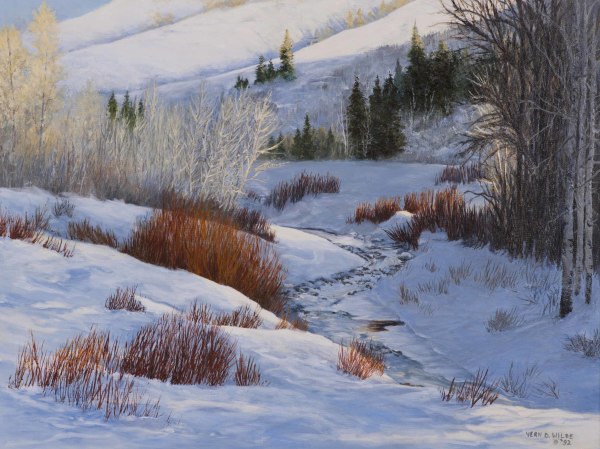 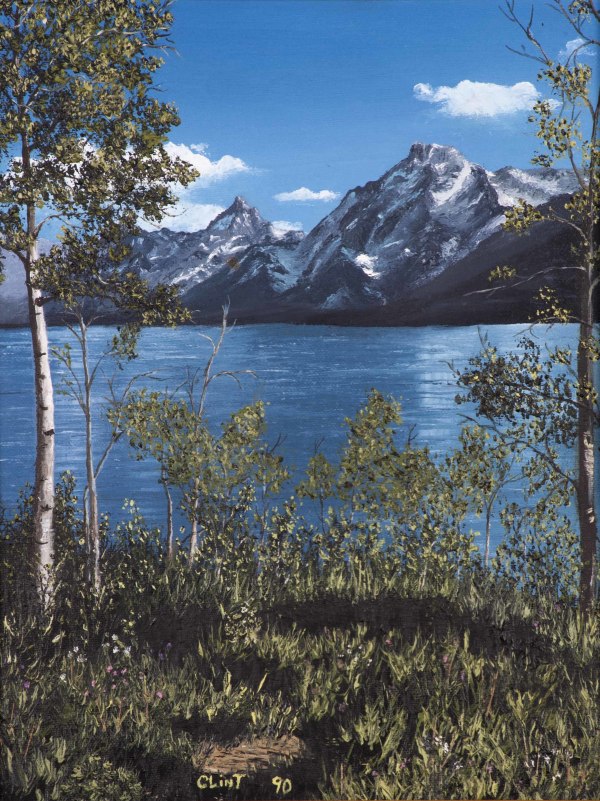 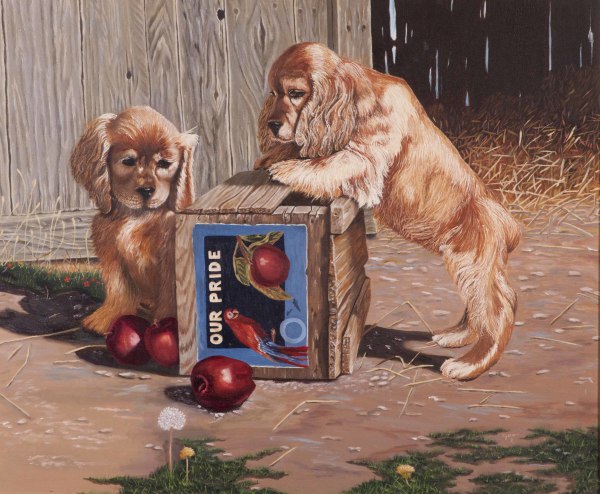 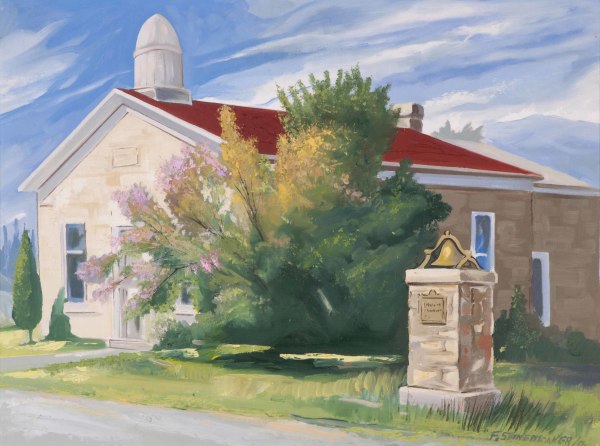 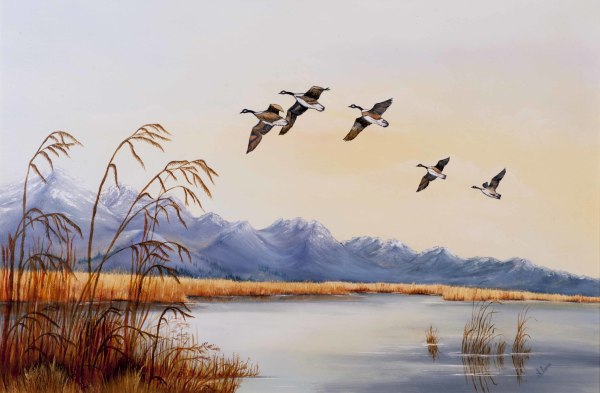