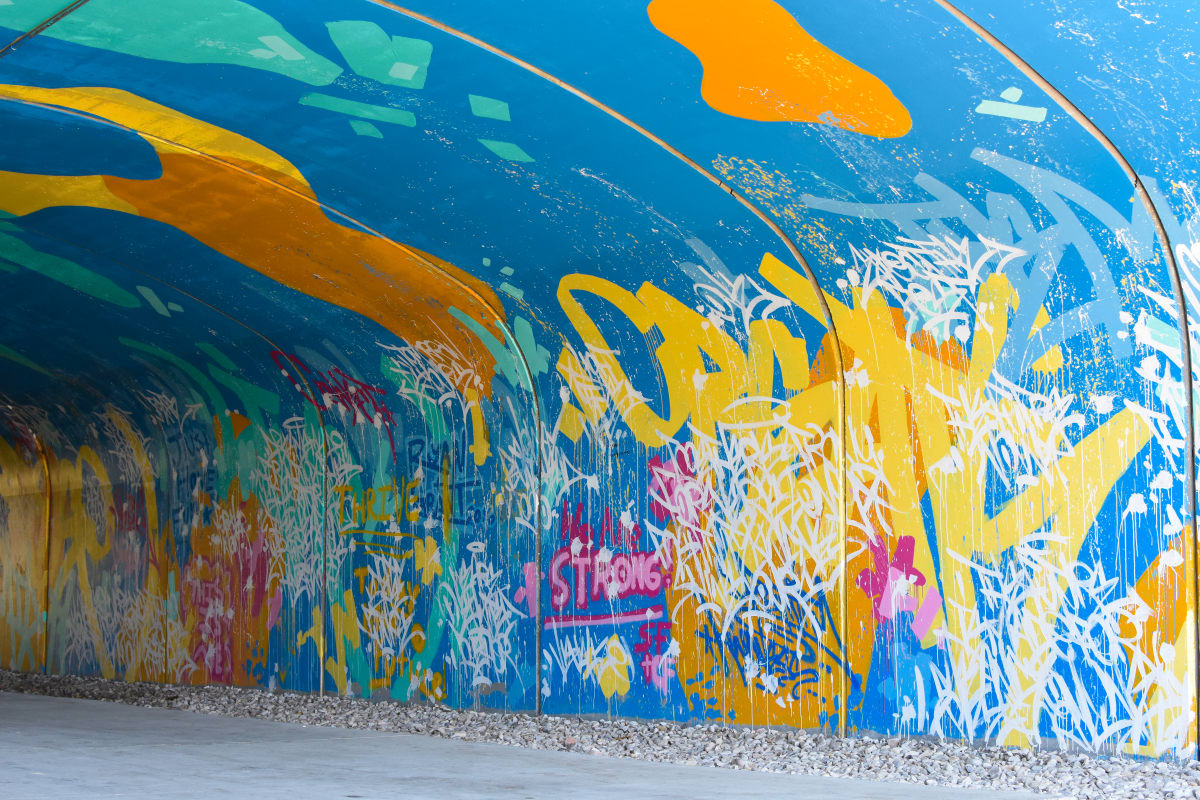 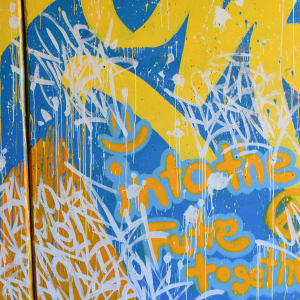 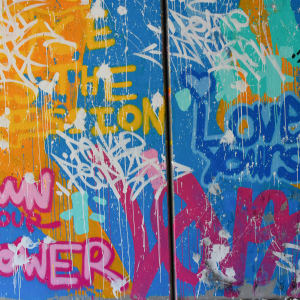 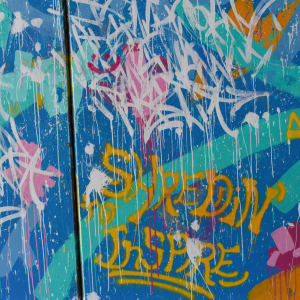 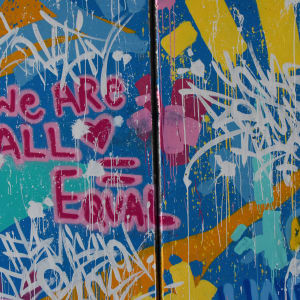 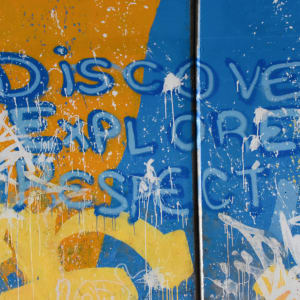 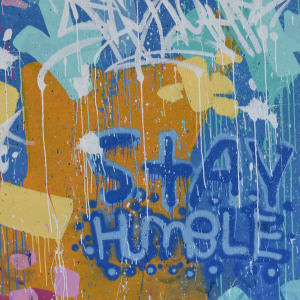 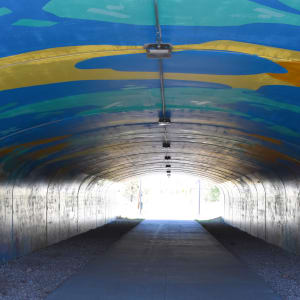 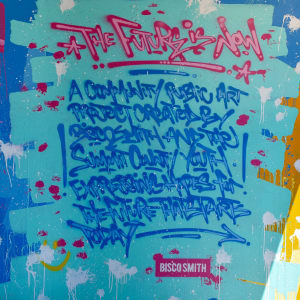 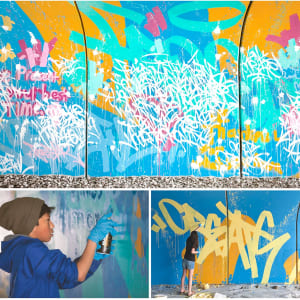 The Future is Now

After the opioid overdoses of two Park City area youth in 2016 the community increased efforts to provide support for young people and to create pathways for inclusion of underserved residents. The PCSC Arts Council and Summit County Public Art Board partnered with Basin Recreation to create an innovative public art installation at an important community connection point. The location, a tunnel on a public pathway, had become a de facto site for graffiti and tagging, some of which was in memorial to the lost youths.

The "Future Is Now" brought a cross-section of young people together. The young artists worked alongside internationally renowned graffiti artist Bisco Smith from Queens, NY to amplify their voices and create a youth-oriented community vision for the future. The local 11- to 17-year-olds worked with Smith discussing their feelings, hopes, and concerns for the future. Their words were translated into graffiti-influenced designs and the youth and Smith transferred the images onto the large concrete "canvas" of the pedestrian tunnel.

The project was made possible through a partnership with Basin Recreation and support from Skull Candy, whose nearby headquarters hosted the student discussions.

Bisco Smith is an American contemporary artist, based in New York, recognized for his graffiti-deconstructive approach to abstract expressionism. Utilizing his understanding of space and songwriting from his early years as a graffiti writer, music maker, and graphic designer, Bisco strips his compositions to their fundamental essence of motion and rhythm while channeling the energy of a moment through gestural marks and abstracted, lyrical text. Reimagining the execution of abstract expressionist painting through his unique contemporary lens, Bisco aims to create art that inspires hope for the future. Over the past decade, Bisco has painted murals and performed live across the globe. He has partnered with creative brands including Nike, (RED), Coach, Adidas, SLS hotels, RYOT, and Hypebeast. With a resume of solo and group exhibitions in New York, Los Angeles, Tokyo, Miami, Berlin, Seattle, and Hong Kong, Bisco Smith's works are sought after by collectors and art enthusiasts worldwide.

The "Future is Now" mural is located in the pedestrian tunnel under Highway 224 connecting Redstone shopping area and the Park City Visitor's Center. 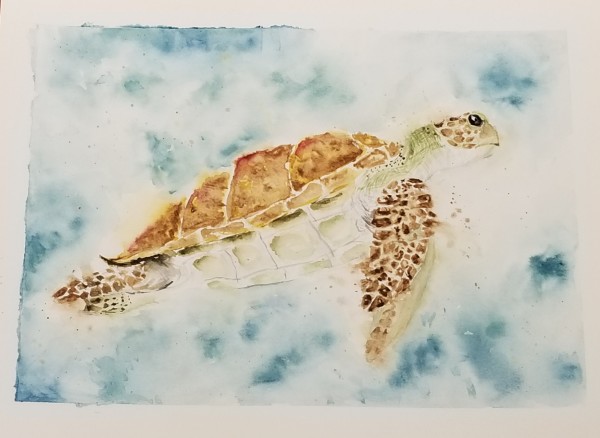 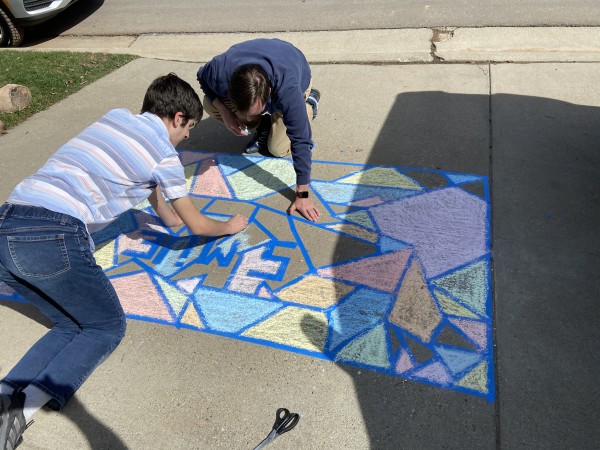 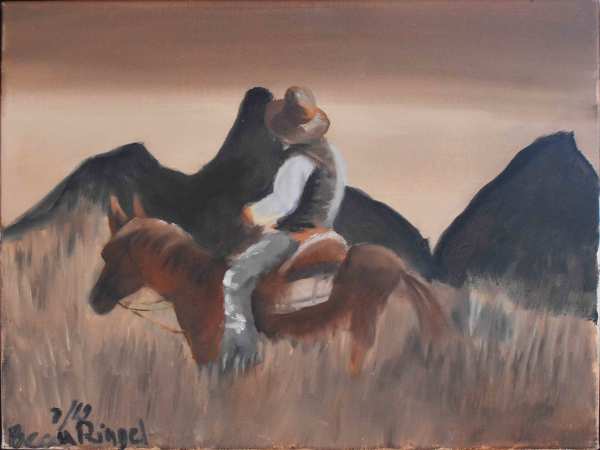 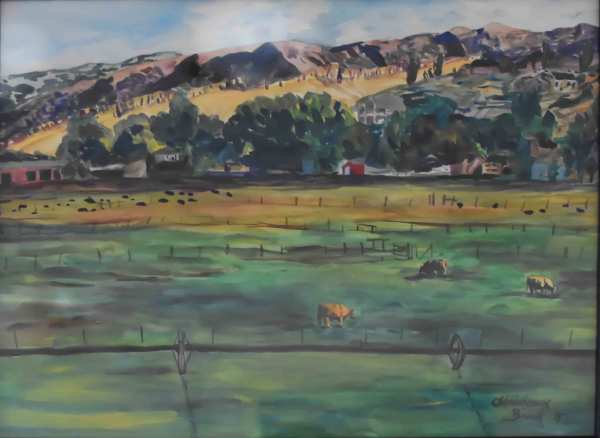 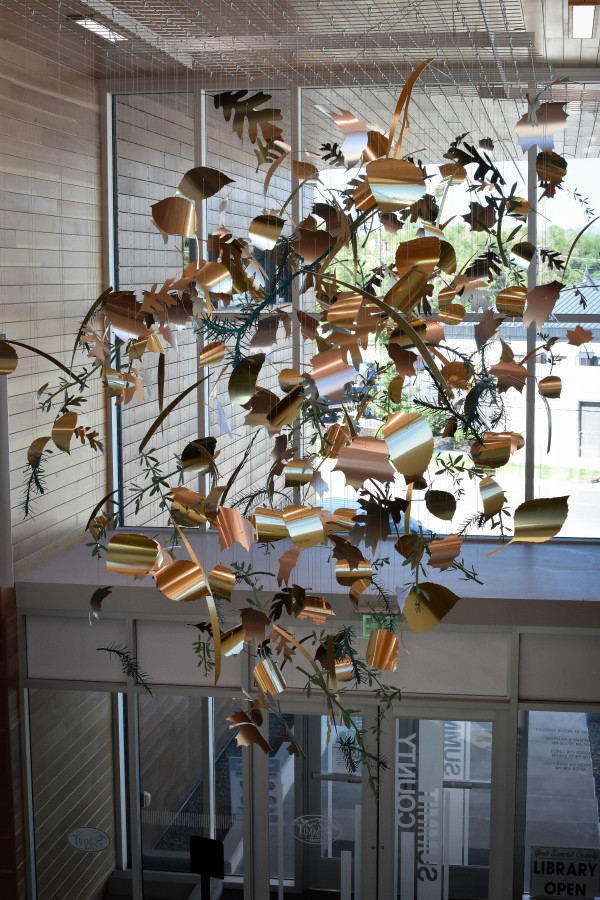 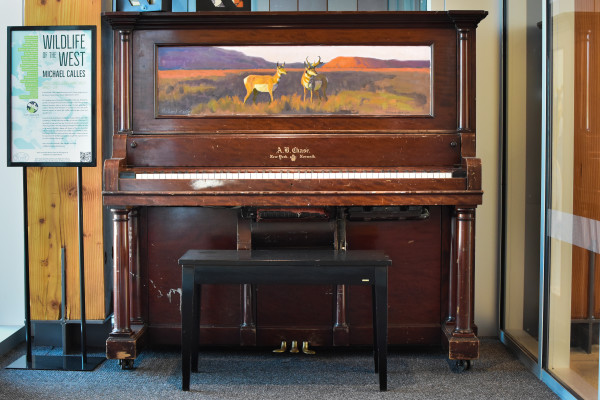 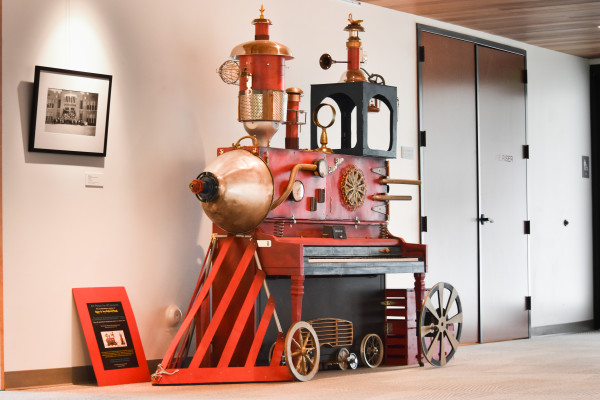 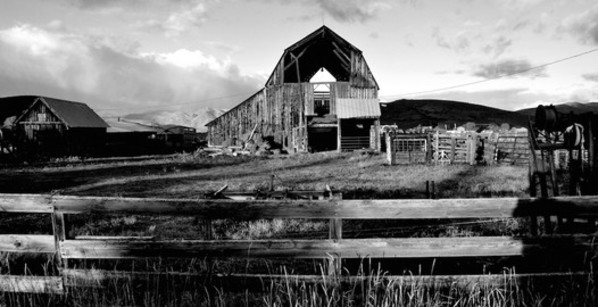 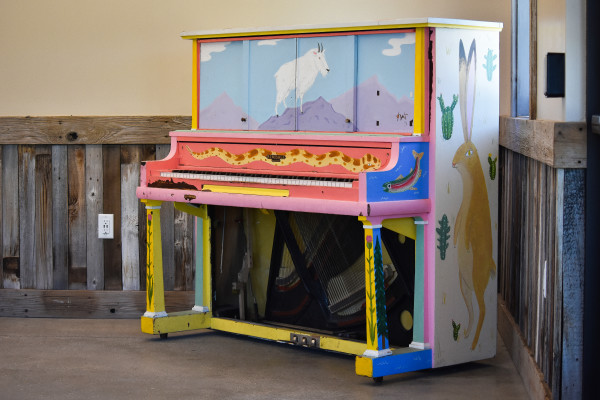 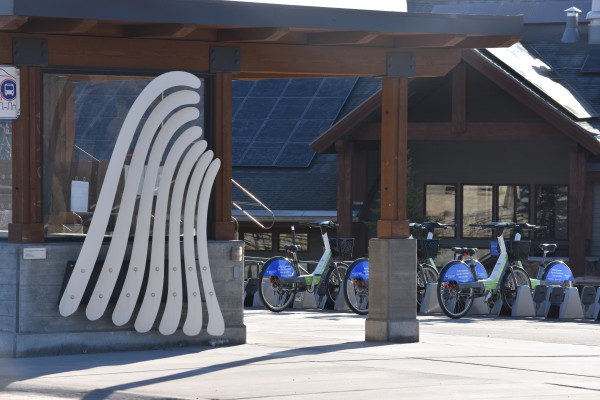