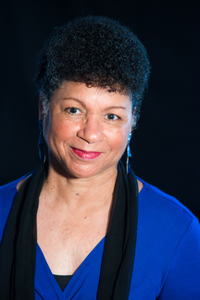 Developing for over 40 years, my signature style of Plastic Space abstraction or “Plasticism” impacts the viewer with color, culture and movement. 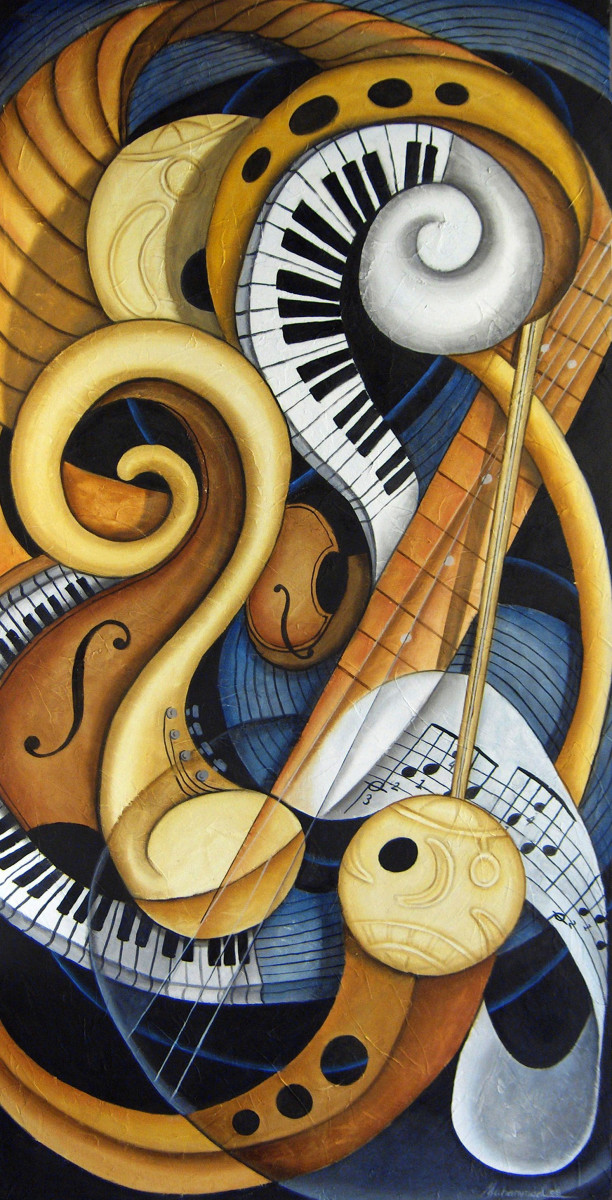 I created this musical piece in "Plastic Space" to create the feeling of flowing in and out of space as the rhythm of the music carries the viewer in, out, and around the images. You can see the ancient Njarka instrument in the painting representing the foundation of that basic back beat. Moving in a basic rhythm are other stringed instruments, the piano, the base, the violin, the guitar all aiding in the creation of the musical symphony from the past to the present.Found in Senegal, Gambia and Guinea Bisau (all in West Africa), the Njarka is believed to have given birth to the modern-day banjo. This painting is an abstract study of this Njarka with modern instruments to accompany the musical notes. Dizzy Gillespie once said, "You ain't got no beat unless you got a backbeat", and the Njarka does just that.
This painting is the first of a series of musical pieces inspired by my exhibition at the Hammonds House Galleries in Atlanta, Georgia and possibly a traveling show later on. The theme of the show is to be "From Songhai to Symphony Hall". As I researched to find out a bit about music in the Songhai people of Africa, I discovered that it was once the greatest empire in all of Africa and greatly influenced by Islam. The music is centered from one particular instrument called a Njarka. It is a large gourd with a small hole carved into it and attached by a long neck with one string. This instrument is used to center the basic beat of all other instruments that were used in the development of music in the Songhai region.
I took about three weeks to sketch out the idea after a week of research using only graphite to get the abstraction and balance right. I transferred the sketch to the canvas and began to add the oil colors. This took another three weeks until I was satisfied with the composition and balance if light and dark to keep the eye moving around the painting.

Other Work From Marcella Hayes Muhammad 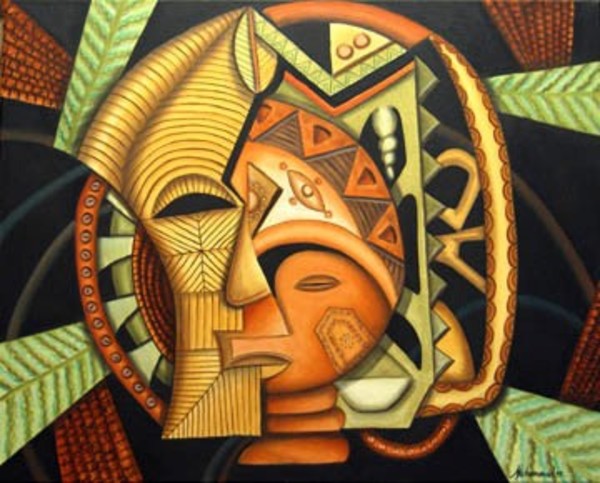 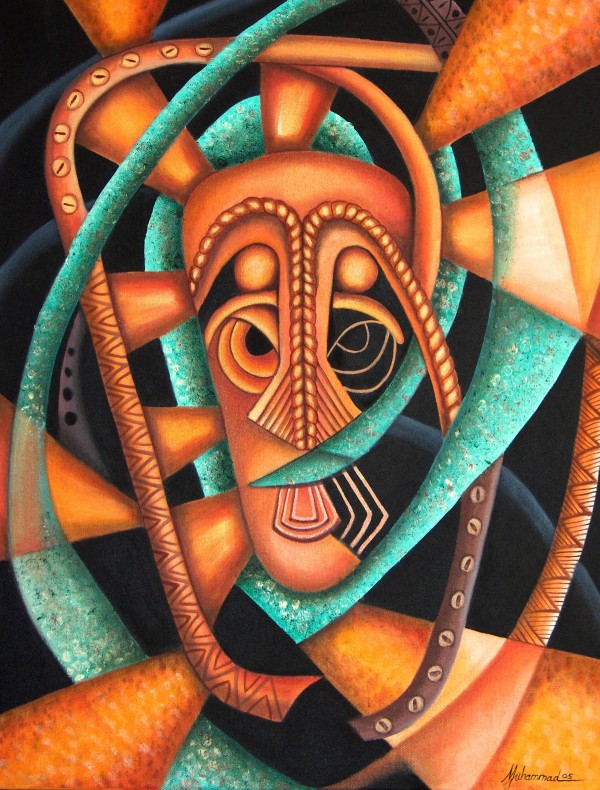 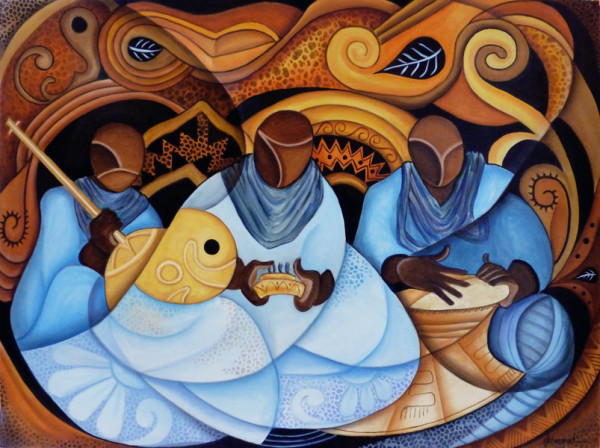 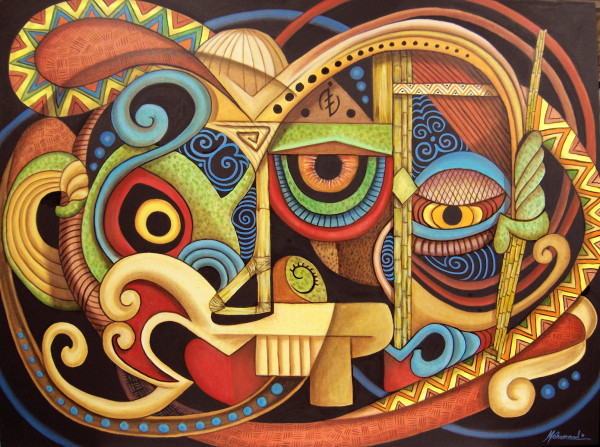 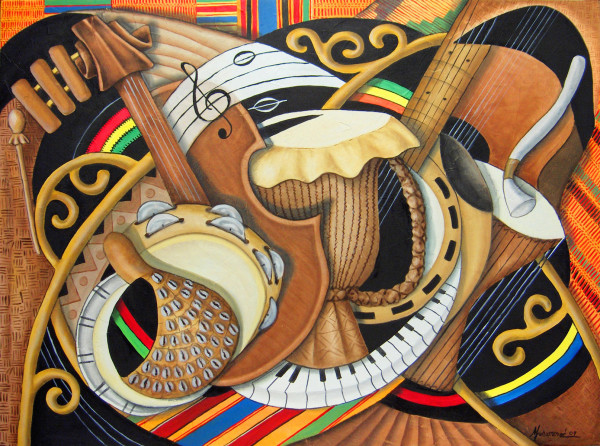 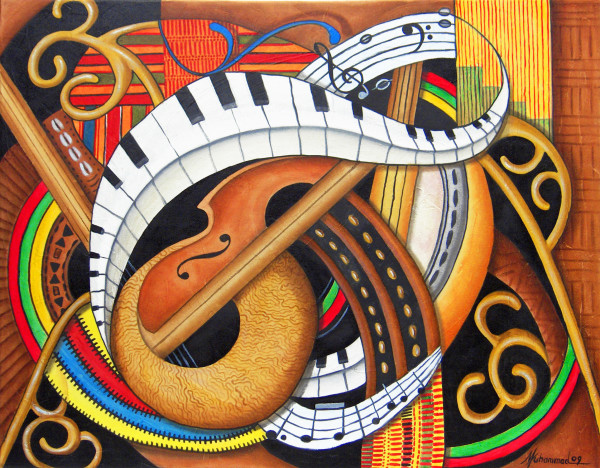 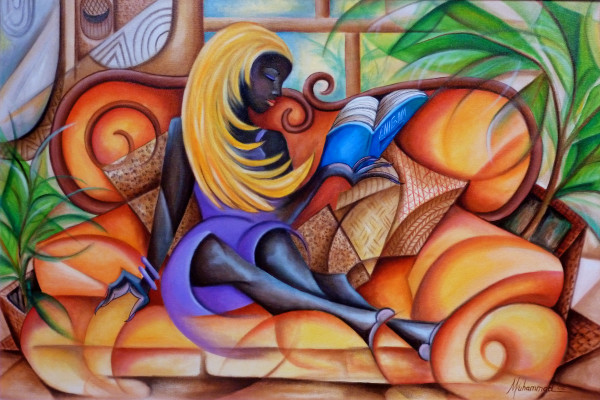 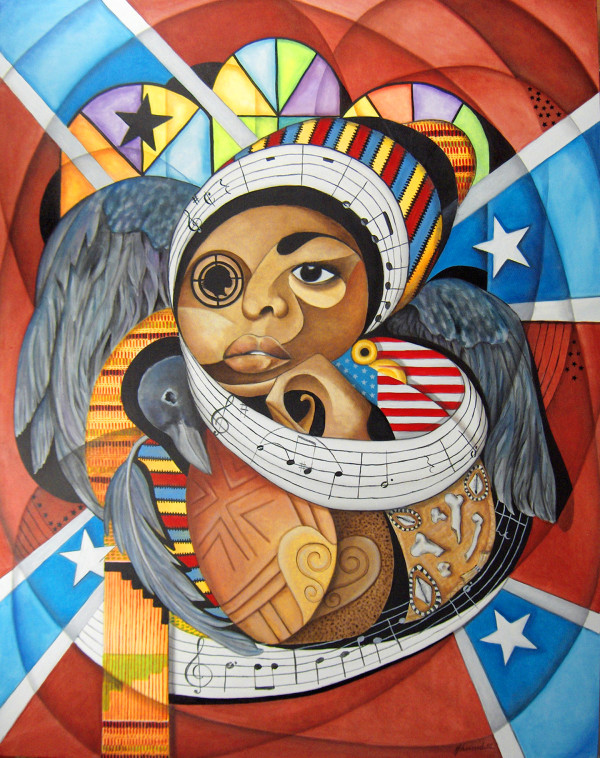 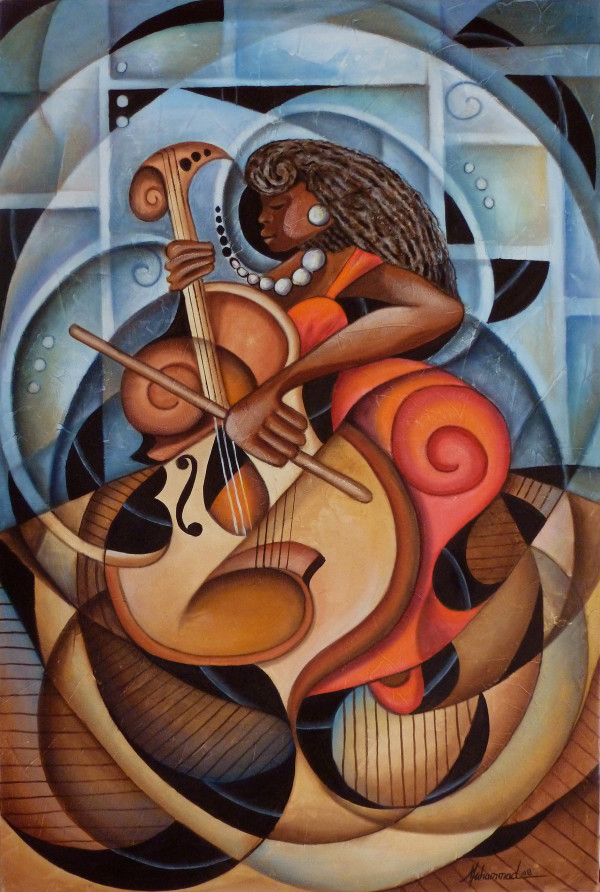 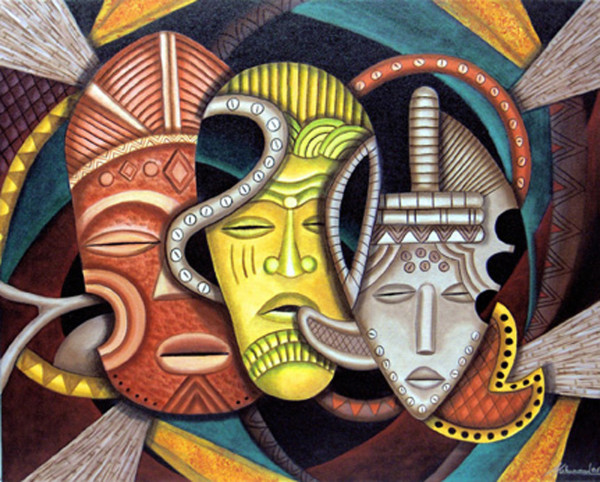 All images on this and other websites are protected by U.S. and international copyright laws, all rights reserved. This artwork may not be copied, reproduced, manipulated or used in any way, without written permission of Marcella Muhammad.