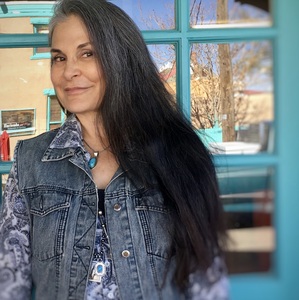 My art has always been about self-discovery and developing a way of communicating to others. 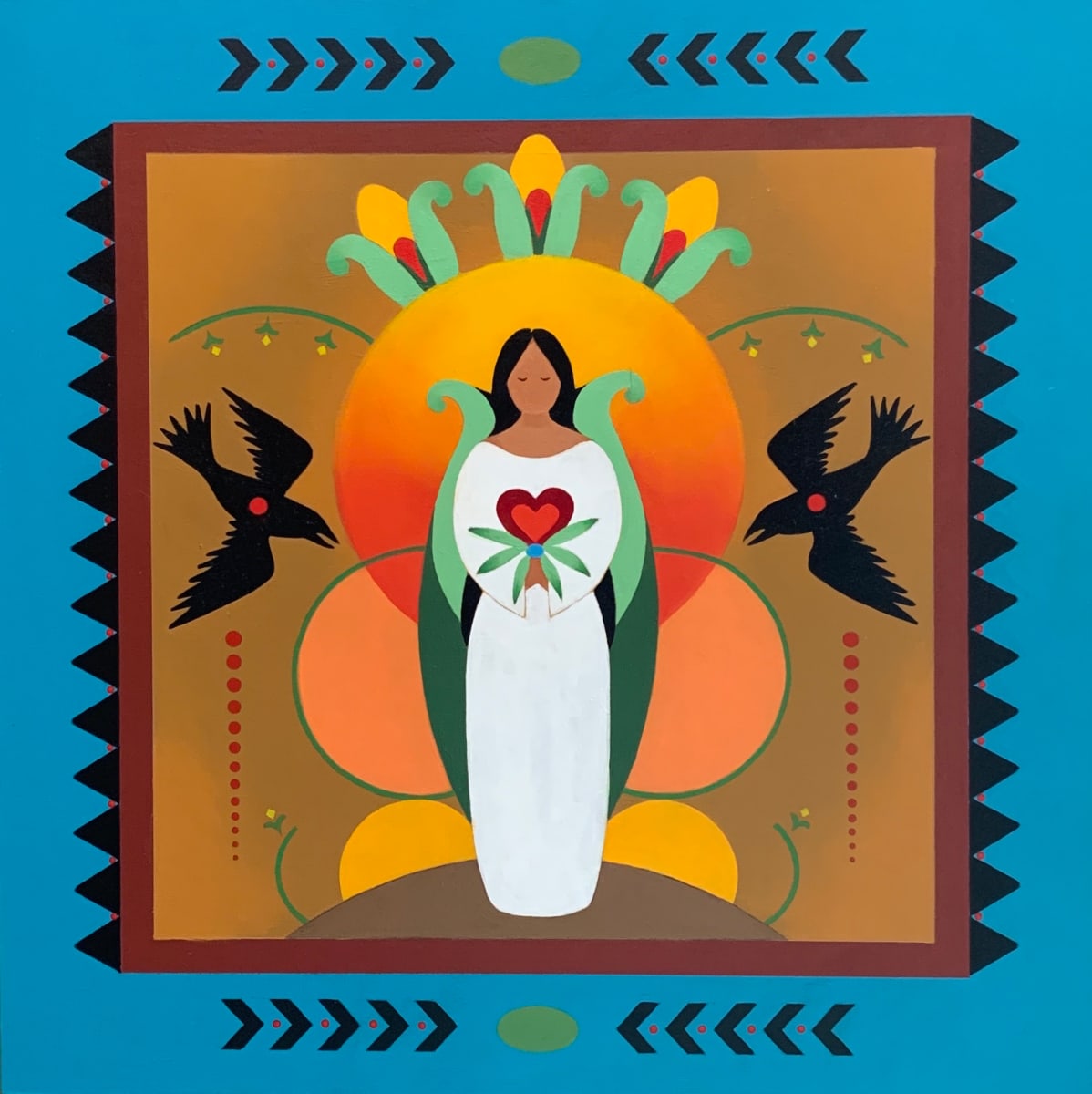 Many native people have legends and myths regarding the gift of corn. This is the Choctaw Legend of the Corn Woman 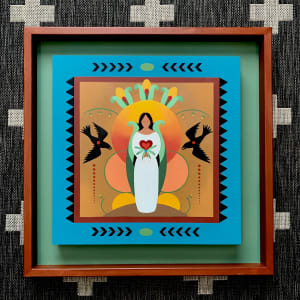 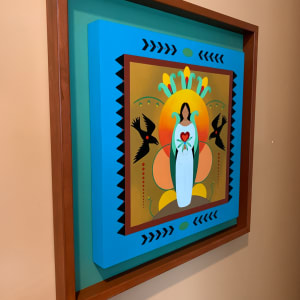 Legend of the Corn Woman

Many moons ago, two Choctaw hunters were encamped for the night. Having been unsuccessful in their hunt they found themselves with nothing to satisfy their cravings of hunger except a black hawk which they had shot with an arrow. Sad reflections filled their hearts as they thought of their disappointments and of their suffering families at home.
As they cooked the hawk and sat down to partake of their meager supper, their attention was drawn to a distant sound. They looked behind them and in the direction opposite the moon they saw a woman of wonderful beauty standing upon a mound. Like an illuminated shadow, she had suddenly appeared out of the moonlit forest. She was loosely clad in snow-white raiment, and bore in the folds of her drapery a wreath of fragrant flowers. She beckoned them to approach - surrounded by a halo of light that gave her a supernatural appearance.The flowers she bore resembled the spirits of loved ones who had passed from earth to bloom in the Spirit Land.
They approached the spot where she stood and offered their assistance. She replied she was very hungry, whereupon one of them ran and brought the roasted hawk and handed it to her. She accepted it with grateful thanks. After eating a small portion of it she handed the remainder back to them replying she would remember their kindness when she returned to her home, telling them when the next mid-summer moon came they must meet her upon the same mound. She bade them farewell, and was at once borne away upon a gentle breeze and disappeared. The two hunters returned to their camp for the night and early the next morning sought their homes, but kept the strange incident to themselves.
When the two hunters returned to the foot of the mound but Corn Woman was nowhere to be seen. As they ascended the mound, they were surprised to found it covered with a strange plant. This plant yielded an excellent food, which was ever afterwards cultivated by the Choctaws. The name of this plant is known by most as “corn”, but to the Choctaw it will forever be known as “Tunchi”.

Other Work From Karen Clarkson 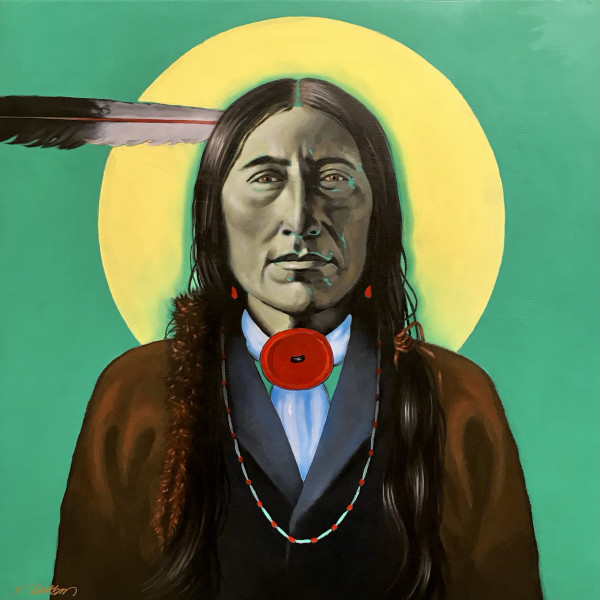 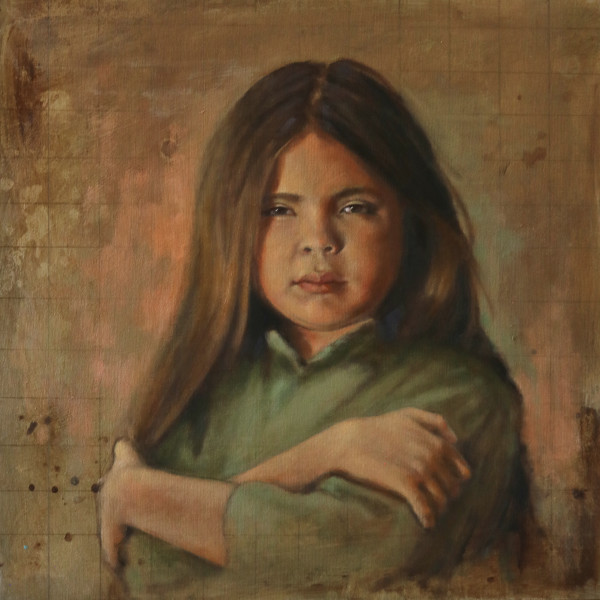 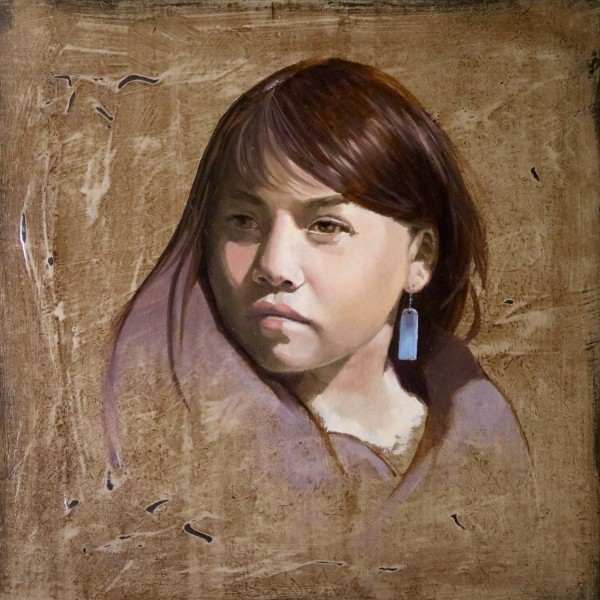 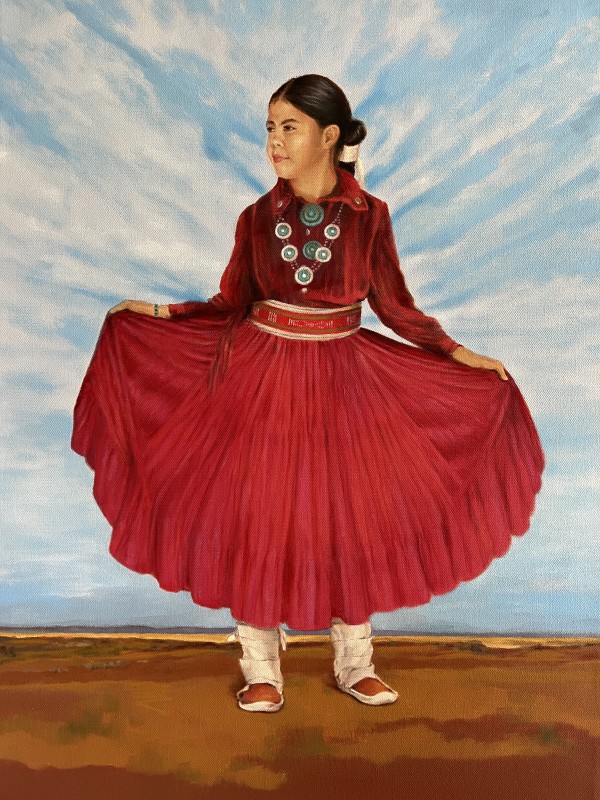 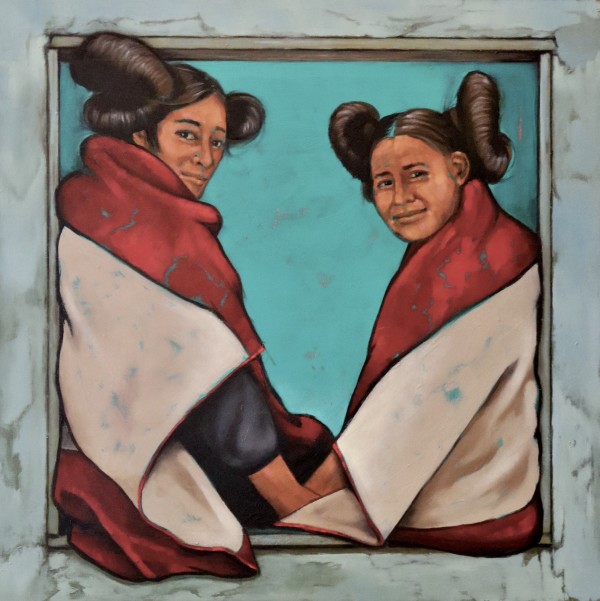 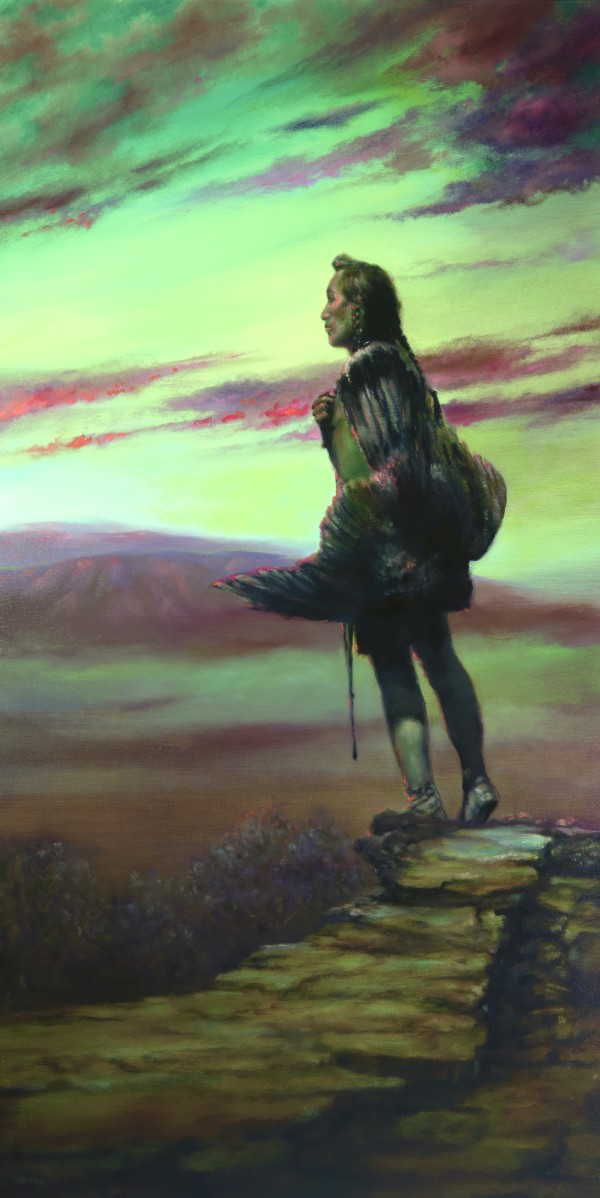 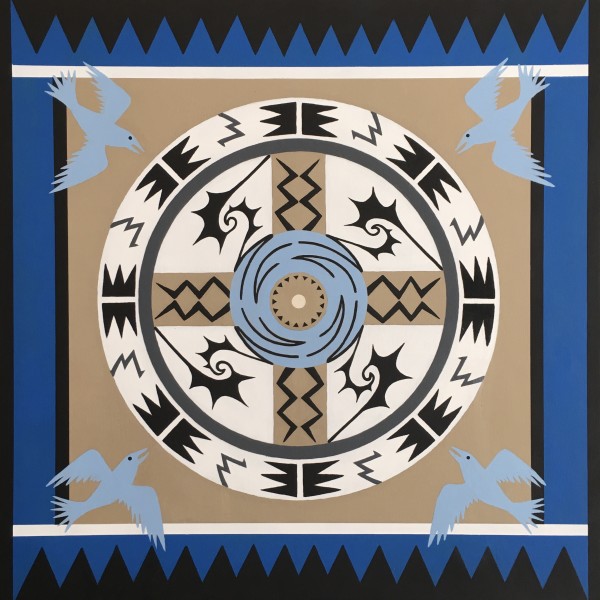 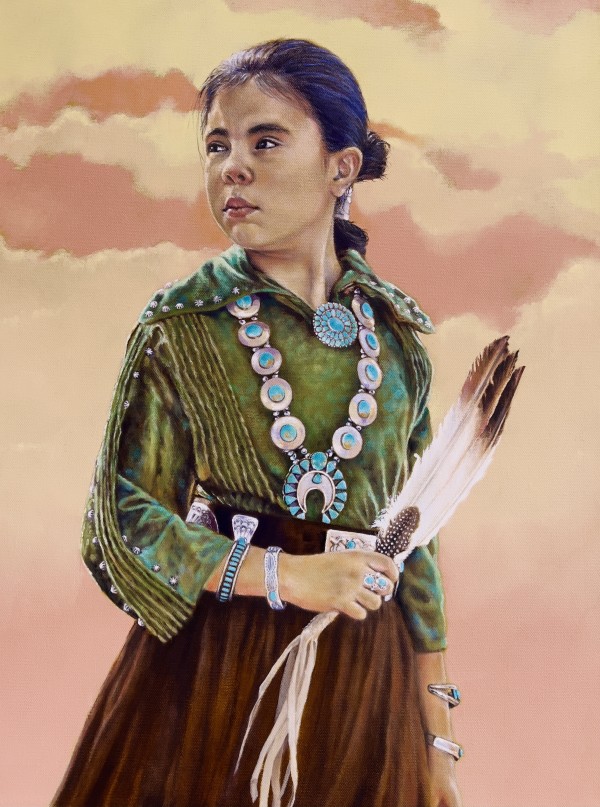 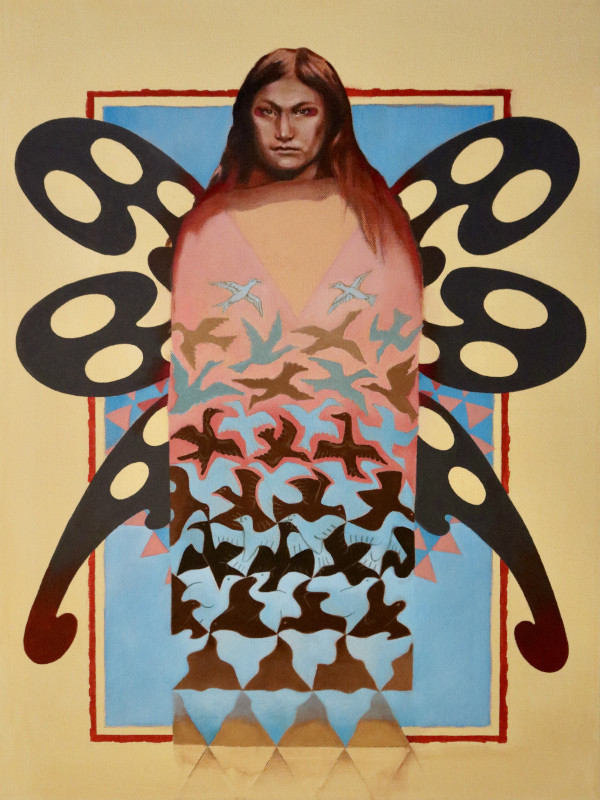 See all artwork from Karen Clarkson