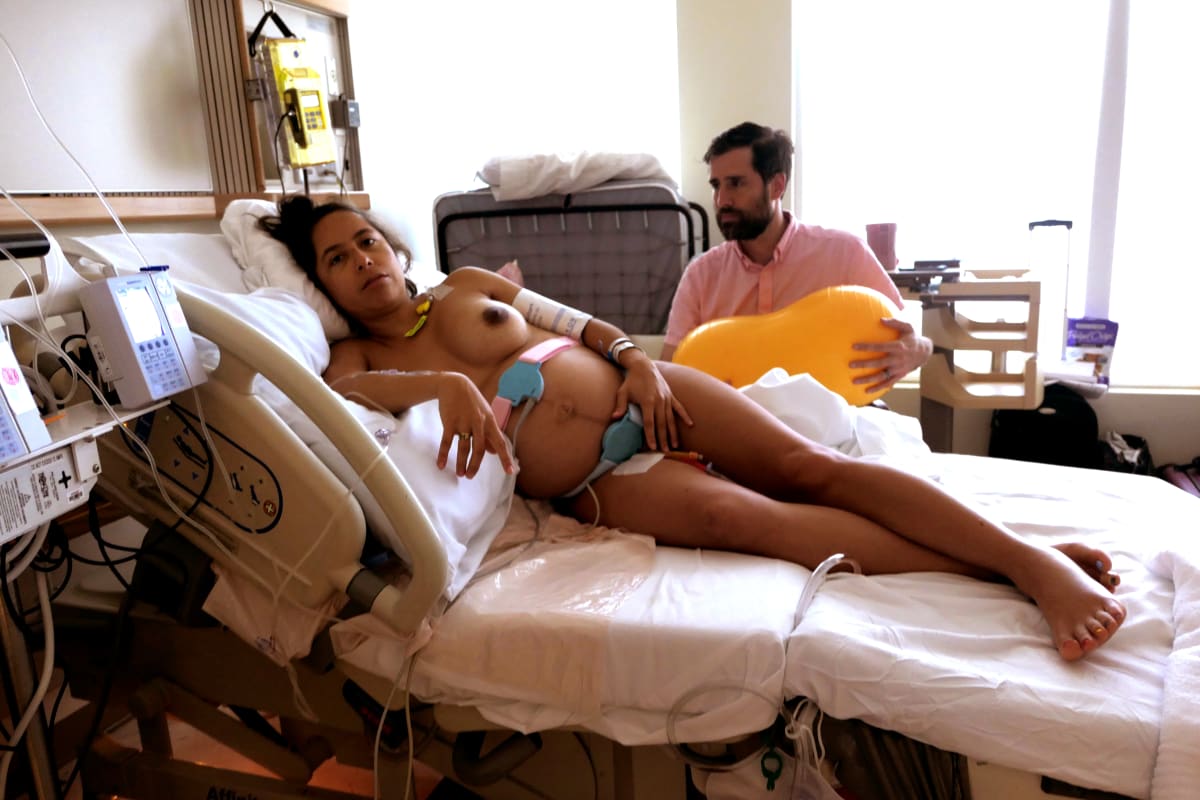 Olympic 1863-2018 (Entre la Puta y la Santa) reinterprets Manet's Olympia painting by reversing the laborious roles race, gender and class play in the commodification and reproduction of women's bodies. The original painting depicts a prostitute in the foreground, whose glowing, white body and dark background obscure her African servant who bears a supportive bouquet of fertility flowers. The photograph of the nude artist in a hospital, reimagines the classical style venus painting of the sultry, morgue-white courtesan as a condemned “puta” on the precipice of labor. The artist staged her self portrait with her partner bearing a birthing support ball while she was 5 cm dilated during labor. Reclaiming her own image from public consumption as a middle-aged, latinx, brown woman and anchor baby; the artist gazes directly at the viewer recalling the castas depictions of early colonial South America and the impact centuries of reproductive caste has on contemporary mixed race Latinx pregnant women. 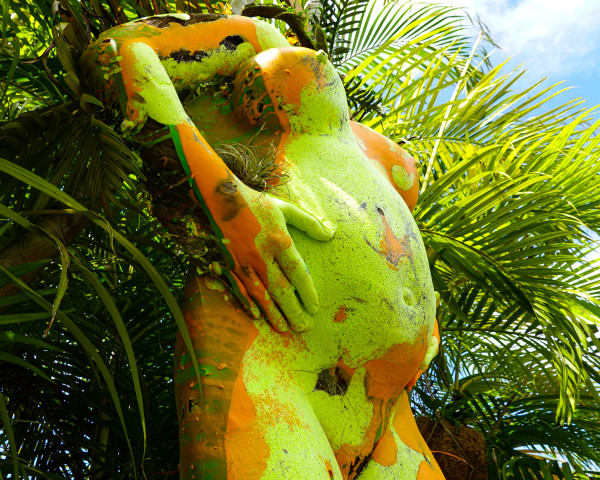 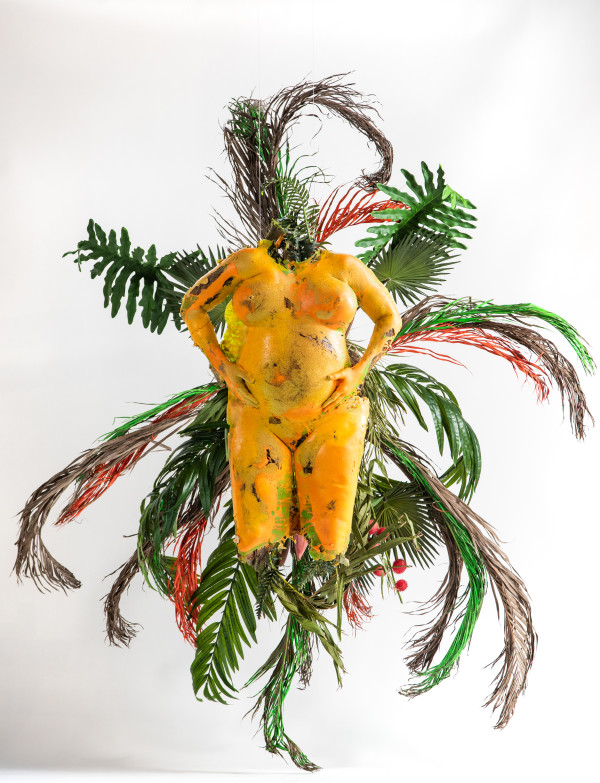 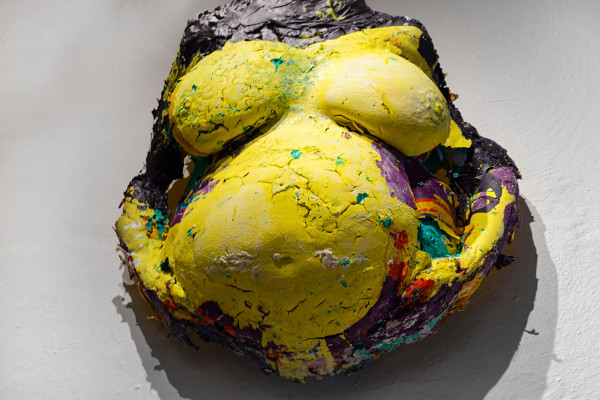 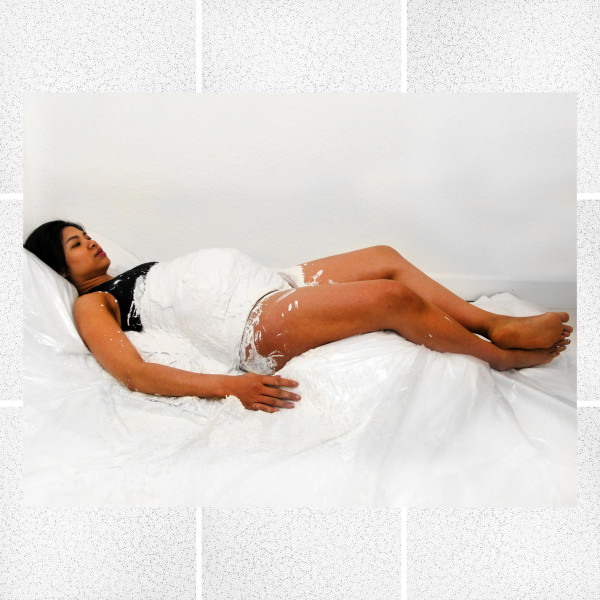 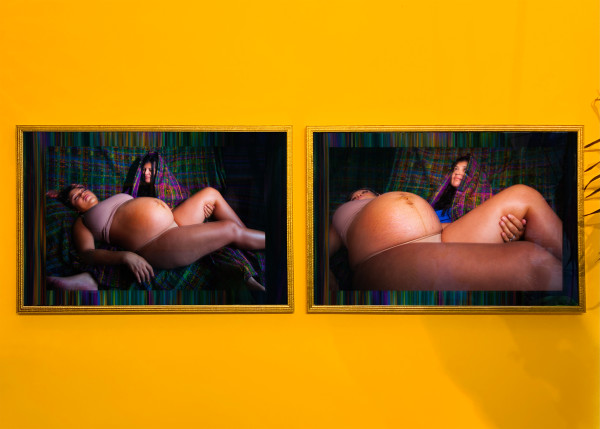 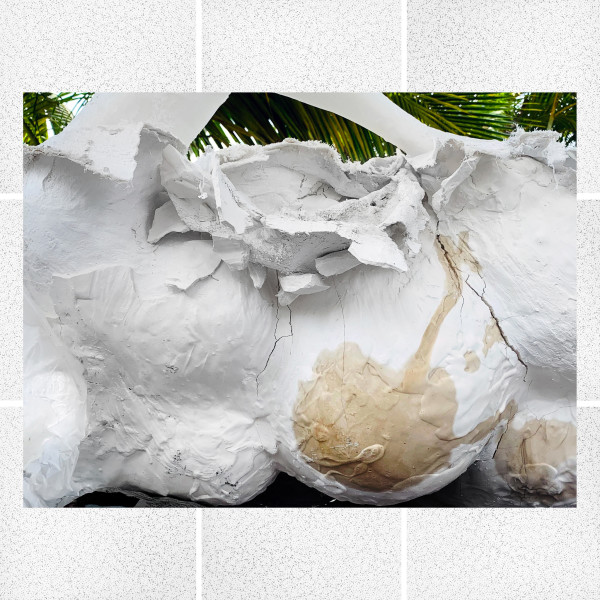 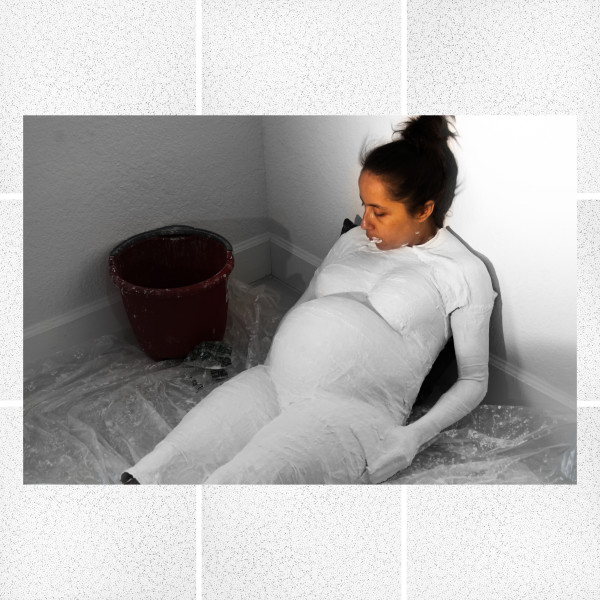 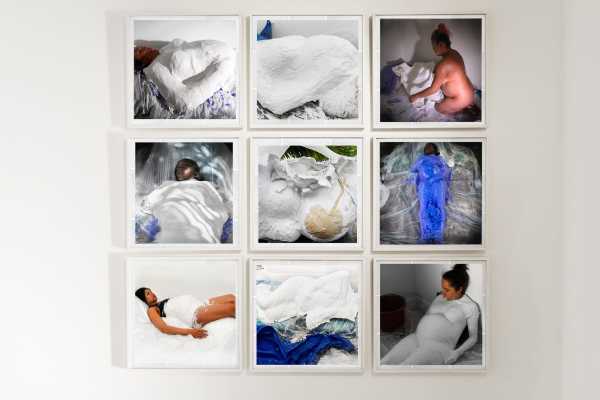 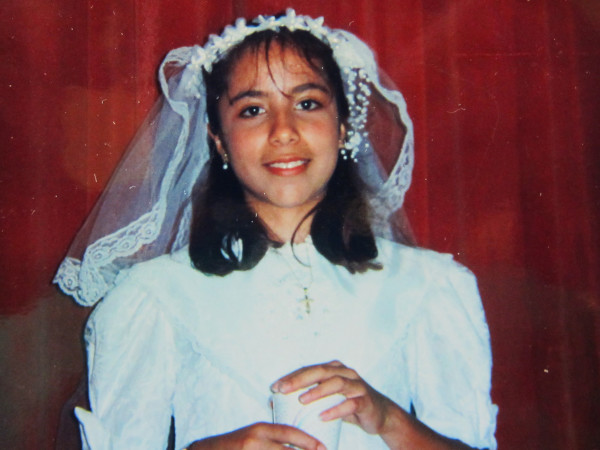