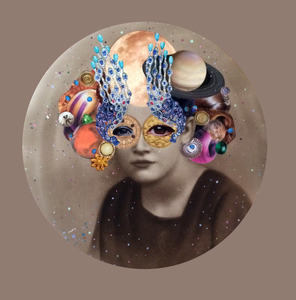 WeegeeWeegee is of German-Norwegian descent and was formally educated in photography and art history. WeegeeWeegee has lived in Frankfurt, Paris, Venice, Beirut, London and has recently relocated to a small volcano in Greece.

WeegeeWeegee’s work can be found in both public and private collections in Italy and internationally.