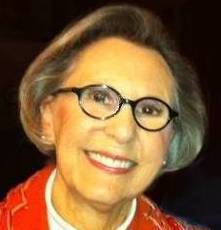 Susan F. Greaves is a Louisiana native and believes her earliest art influence was the graceful and classic architecture favored there. After receiving her bachelor of arts degree from Louisiana State University in interior design, she worked in New Orleans and then moved to Florida, Maine, Bermuda, Sicily, and Washington state with her family.

Meanwhile, she painted independently and took every history of art course available to her. In 1976, she began to study under the instruction of William F. Reese. His unwavering dedication to the foundational concepts of painting and to integrity set the direction and standard for her subsequent work. After moving to Redding, California in 1977, she studied with the acclaimed Sergei Bongart in Idaho and Los Angeles as a scholarship student. Through him, the influence of the Russian Impressionists is evident in her work.

Greaves' work is described as "a fine example of strong, painterly style". Her paintings are noted for their light and color. She uses classical methods of careful observation and direct execution to portray subjects ranging from florals and still life to landscapes and figures.