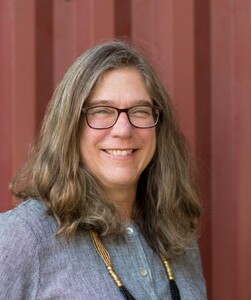 Sue Dolamore picked up a paintbrush when her youngest daughter finished high school in 2014 and has been painting regularly ever since. She began plein air painting weekly with a small group of local artists and eventually played a role in building a community of plein air painters which grew from a dozen to nearly 400! Under Sue’s leadership, the group painted scenes in the Asheville area weekly for over 5 years. Through the regular interaction with many accomplished artists in this organization, Sue’s skills improved rapidly and it was not long before people were asking to buy her pieces. Sue has also taken workshops with several well known plein air painters and further increased her proficiency. Since opening a studio in the River Arts District in the summer of 2019, Sue focuses increasingly on her painting both in the studio and en plein air. She no longer directs the local group but continues to paint with them when it suits her. This change allows her more time to practice and teach. She now has a growing number of fans, students and collectors enjoying her work.

"One component that is constant in my art is experimentation.  Whether changing genre, technique or process, pushing the edges is exhilarating to me. Every painting is a moment freshly captured. "