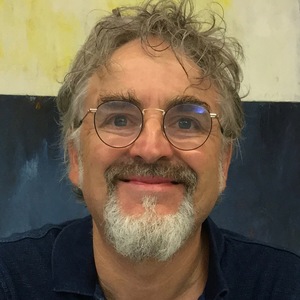 Stephen Bishop is a contemporary artist living and working in Dorset, England. 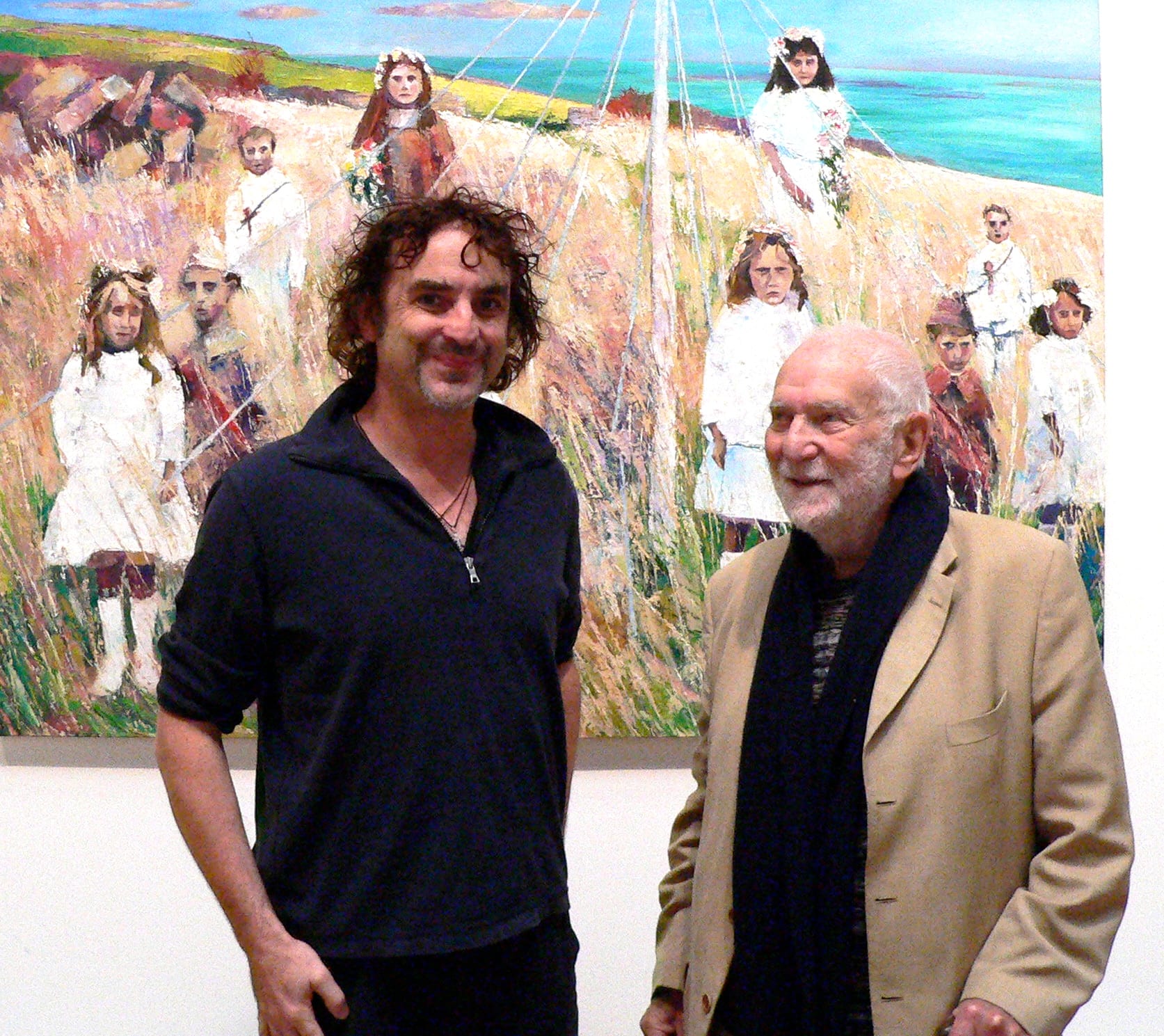 I was born in 1963, the youngest of four brothers. My dad worked in advertising and as a photographer. My mother Emily had an intuition that I would be an artist. She decided upon the spelling of Stephen with a “ph” rather than a “V”, as looking more artistic as a signature.

After living in London for a few years, I spent 3 months in an artist’s studio in an Andalucía mountain village 1987. It was whilst in Spain that I decided I must move to the Dorset Coastline; a place I have had a deep and profound love for since childhood holidays. I knew that I needed to explore my connection to Nature and to paint en plein air. In 1988 I moved to Dorset.

I am self-taught in terms of oil painting. This has helped me develop a distinctive style. I supported my artistic development by working as a freelance architectural illustrator. Finally, in 2008 I fulfilled my ambition to paint full time. I have gone through some tough times along the way but have maintained my art practice throughout. My work is flourishing and I am excited about the next phase of my life and work. I am living my dream.

Lighthouse Poole Centre for the Arts (2016)

Lighthouse Poole Centre for the Arts (2014)

My work is always searching, yearning even for a connection, which I can’t fully grasp.

My satisfaction in painting comes from many hours of exploration and being creatively productive. Sometimes there are intense intuitive moments. Music and poetry have strong influence on my work.

Time, memory and place are central to my paintings. I have been drawn for many years to explore abstract qualities. In some way I feel that I am between two waves, one figurative and the other abstract. The push and pull of these two forces continues. I am moving further into a new kind of abstraction combining physicality and spirituality. A loosening of the ties to the figurative motif and transition into deeper abstraction may provide the key to achieving the emotion power I seek.

The following lines taken from Four Quartets by T.S. Eliot have particular resonance for me.

We shall not cease from exploration

And the end of all our exploring

Will be to arrive where we started

And know the place for the first time.

The voice of the hidden waterfall

And the children in the apple-tree

Not known, because not looked for

But heard, half-heard, in the stillness

Between two waves of the sea.

I believe that good works of art speak for themselves. However, it may be useful to give an indication of what motivates me. I have a significant need to be creative as a way of exploring the world and of realising myself.

The main concerns explored in my work are the forces of nature. One major recurring theme is the balance between Light and Dark as well as a sense of time and place. As I walk around the landscape, I am always searching for echoes and rhythms in nature that resonate with my own inner landscape. Dorset provides a rich sense of place, dreams and memory that I have fostered since childhood. Increasingly, I am concerned with engaging with a sense of spirituality in my art. To evoke powerful emotions and ideas in the viewer as always been my main desire.

My working method has evolved from 20 years of working en plein air in Dorset; I now work both outdoors and in the studio. Direct experience of working from nature continues to be the basis for my art, however the studio affords another rich vein of creativity to mine. I feel that both approaches inform and cross fertilise the other.

Some notes on a series of recent paintings should give an insight into my working method and raison d'etre.

I sketch out a few lines and then blocked in the colour as a kind of puzzle. I do this stage at lightning speed, sometimes with acrylic paint to quicken the initial process. Then I start adding and mixing oil paint, in thick impasto blobs directly onto the canvas, mixing and thinning as a palette come painting; I like the directness of this approach. In recent years I have enjoyed exploring the contrast between impasto and translucent colour washes. The initial energy and playfulness of these first stages are where I am happiest. There is a sense of being young and of endless possibilities. I work very intuitively. The painting starts to have a conversation with the artist; the voice may be loud and clear or sometimes hard to hear. I do not like to have a set way of working and in many ways do not know what the hell I am doing. Or so it seems. This sense of wanton discovery is one reason why I have shied away from teaching, as I am loath to turn intuition into instruction.

The concept of “finishing” a painting is a mind set that I dislike and so I try my best to maintain this high octane sense of wonder alive until the very end. It is always a nice feeling of surprise if the end comes before I expect it. I am conflicted; I hate ending a work and yet yearn to get onto the next new fresh canvas. Where all the possibilities open up once more. Over many years I have learnt that this is a necessarily uncomfortable process in my artistic practice. To ameliorate this and keep my energy high I often work on several canvasses over a period of weeks. Then someone asks, “How long did it take? Answer, “I don’t know exactly, quite a time. Each painting is unique”. I could of course choose to leave my works in a more “unfinished” early state. Indeed, I sometimes hanker after the freshness of an earlier version and have regretted over working a subject. But I have a really strong work ethic and am suspicious of art that comes too easily without a tortuous struggle.

My recent works mix my own memories of Dorset from childhood and as an adult. Being without living parents is a position I find hard to aclimitise to on a daily basis. My love and gratitude for their care and warmth is a painful reminder that I am alone from them in a physical sense. Spiritually of course I am not an orphan. My paintings are prayers to connect with the universe and all that I love and have loved.

Painting as Constable stated, is another word for feeling. My artistic goal has always been to make art that is moving and creates a spiritual bond. Nature is the great source as acknowledged by the impressionists that I admire so much.

I respect your privacy. You may unsubscribe at any time.