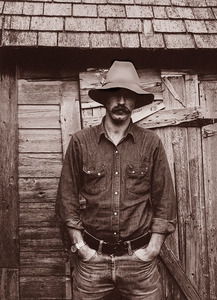 I started photography some 60 years ago with 4 rolls of exposed film and raw chemicals.

I started photographing when I was 12 with 4 rolls of exposed film and raw chemicals. The magic started, then I discovered that Kodak D76, Dektol developers where readily available. I soon applied my visual senses toward photographing people. As I grew with a liberal arts college education, I started a career in beauty, fashion and advertising photo-illustration in a New York City studio. Over the years I developed a need to create stronger poetic visuals with high contrast imaging. Keeping the photos clean and simple allowed me to concentrate on subject matter on peoples character. The chemistry, to this day excites me and I still have a fully functioning studio with a darkroom with an 8" by 10" 12 feet high enlarger. However I do most of my work digitally on several Mac computers and large format printers. With a solid background in traditional graphic work I can easily visualize the end results and often surprised with new photoshop images. It is allot of fun and very satisfying to produce new works of art a much larger scale with less effort and cost.