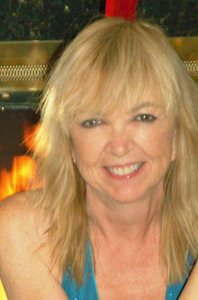 As a small child growing up in Dayton, Ohio, Ronda Richley loved to watch her mother paint. She was fascinated by the colors and the mixing of the paints and would wait for the gift of leftover paints. In first grade, she had her first formal art lesson: Trees. Upon drawing her tree with multiple branches but no leaves—“so you could see the bird in the nest,” she explains—the art teacher told her it was not right, that she needed to draw a trunk and an oval to make the tree. That night Ronda expressed her dismay to her mother, who told her to ignore what the teacher had said. Even at this young age, Ronda sensed a need to express her own viewpoint, and her mother wisely encouraged her to stay on the path of finding her own voice.
Her interest in art continued throughout high school, which led to early acceptance into the School of Architecture, Art and Design at the University of Cincinnati, where she received her BFA with a dual major in Art Education and Painting.

After graduating from the University of Cincinnati, Ronda pursued a career in the commercial arts. She worked as an art director for several publications, taught art and design at Sinclair College, and opened and ran her own advertising agency. Even after relocating to Los Angeles, Ronda continued teaching and working as a product designer and Victorian art illustrator, which led to the authorship of four patents and well over 100 copyrights and trademarks. Yet, as creative as these endeavors were, the artist within wasn’t satisfied.

It wasn’t until she pursued her Master’s Degree in Visual Art with a Concentration in Painting at California State University, Northridge, that she finally dedicated herself to creating her own expressive work, using a wide range of art-making techniques. Through fine art, Ronda was able to give voice to all of the emotion she’d held deep inside, often expressing her feelings through paintings of trees that take on human form, which soon became her signature subject matter. “I love trees! They give us so much and ask for nothing in return,” notes the artist. “They’re truly my inspiration.” Ronda’s life as “the tree lady” had begun.

After 12 years of the California art scene, Ronda relocated to Orlando, Florida. She continued to teach at the college and university levels, worked as a product and fashion designer, and eventually opened her own gallery, where she gave more than forty local artists, as well as several internationally known artists, the opportunity to exhibit alongside her. She closed the gallery at the end of 2012 so she could pursue her own work full time, without any outside distractions or time constraints.

Since then, she has shown nationally and internationally, and continues to create her paintings and ceramics and to promote other artists as well. She also loves music, and has recently added the drums to the long list of instruments she plays. “You’ve got to take a chance on new things,” she says, which is a motto she lives by. Ronda also believes in giving back to her community, and she’s honored to have been selected twice to be the poster artist for Florida Hospital’s Art of Healing Gallery. Her artwork graces the walls of many prestigious private collectors’ homes throughout the U.S., Europe, Australia, the Middle East, and the United Kingdom. Her art also appears on the Sunrail Art is Moving train. Still residing in Orlando, she maintains her own space at CityArts Factory, and lives in a home surrounded by—appropriately—trees.