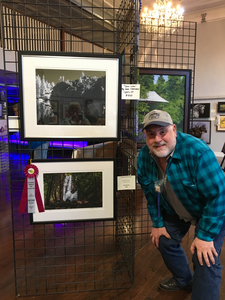 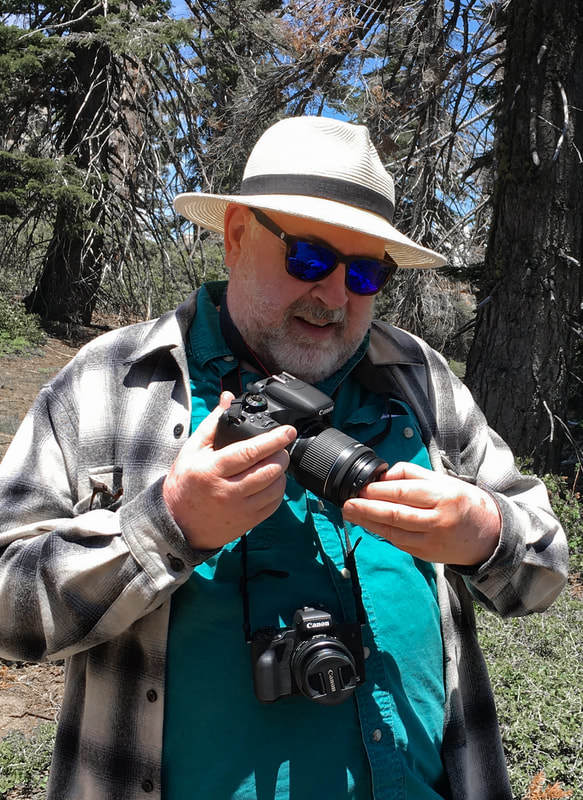 As a Baby Boomer, my early memories of family vacations to national parks consisted of many long hours driving to the park, getting out of the car for ten minutes to ‘view’ a site in the park, and then being herded back into the car for another long drive to next destination. Consequently, those early memories were shaped more by the vivid postcards that became an index of having ‘visited’ a national park, rather than the park itself. Over the years, those distant memories have lingered, fueled, in part, by further exposure to photographs by John Muir and Ansel Adams and the paintings of Claude Monet, Thomas Moran, Georgia O’Keefe, Mark Rothko and the poster artists of the WPA, in addition to those initial images I remember from the postcards. It is the memories and influences that now shape my approach to creating art about national parks, monuments and forests.

As an award winning artist, I have been capturing photographic images of my travels to U.S. national parks and monuments for the past ten years. Drawing on my previous experience as a photographer and videographer, my interest in using photography as the basis for a business in digital art has evolved since early 2014. This interest led to the creation of the business On and Off the Road: Creative Images by Rodney Buxton. Having previously taken a basic Photoshop class to improve the quality of my travel photographs, I, at the start of 2014, began to utilize many of the more advanced techniques in the program to creatively manipulate my images for expressionistic and dreamlike purposes to create my vision of neo-nostalgia. What previously had been strict photographs are now painterly images growing out of my emotional reactions to travel sites that I now transform into vivid dreamscape images.

Representing the fleeting nature of my experiences, these digital paintings capture the vanishing presence of geological formations in several U.S. National Parks, as they struggle against the effects of climate change, threats of industrialized exploitation and commercial over-development. Presently, an experience within any national park can change relatively quickly as external, non-natural forces impact the landscape in a short span of years rather than over centuries. This intersection of my fleeting experience and the parks’ vanishing presence forms the basis for my own sense of neo-nostalgia – the recognition of the tenuous present, steeped in vibrant, almost hallucinogenic saturated visual tones as my attempts to appreciate and capture various national parks through my transient experience in them.