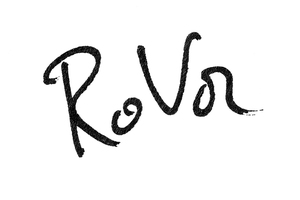 Photography with a twist.

I was born in the city of Bruges in Belgium and grew up on the rural countryside surrounding it, roaming the flatlands as a youth and living a carefree life exploring the fields, creeks and woods of the area.

After a rather unsuccesful attempt at schooling I soon started work as a stagehand, helping out building festivals, concerts and events.

I found myself enjoying this job and the unorthodox crowd populating that world so much, it felt like I had come home after a long voyage.

Since then I have held the position of audiovisual technician, touring stagebuilder, location manager, rigger, setbuilder among about half a dozen other job profiles.

Having had a keen interest in visual arts since a young age and a head bubbling with creativity a desire manifested itself to create something of my own. Photography was chosen as a vehicle to try and fulfill that desire.

Starting way back in the days of analog film photography I managed to produce a wide variety of interesting works but was still far from creating a coherent series.

It is only years later, when experimenting with handheld multiple exposures using a simple toy camera, that one of the results pleased me so much I decided to pursue and expand on the experiment.

Since then I have been creating double exposure photographs all around the world, as well as in my hometown.

I have been further refining this technique and learning which subjects work well and which don't and I now have a large catalogue of highly original photographs with a very distinct visual style that is easily recognised.

To this day I am still exploring this technique and I aim to keep creating artworks that will carry my vision over to the viewer.

My main goal is to create artworks that will make the viewer wonder and amaze.

To achieve this I use a bespoke double exposure photographic technique applying the following steps:

-I wait for the perfect weather conditions. Because a photograph is an artwork built up with light and shadows I will wait for the right conditions before I venture out on my quest for shapes and forms that are interesting to me.

-I walk around and constantly look out for graphically interesting patterns in my surroundings, this can be the outline of a single building or the skyline of an entire city.

-I frame the image, making sure I have enough shadow parts in the composition as it is ultimately the combination of shadows and light that will define the look of the resulting artwork.

-I capture the scene, rotate the camera 180° and capture the exact same scene again on the same piece of film or set the digital camera to merge both exposures.

-Once back home I sort through the images and apply the necessary post-production to the final selection to augment contrast, colour temperature and overall exposure in order to get as close as possible to the image I had imagined when making the capture.

This juxtaposition of motifs creates a new image that retains elements of the originals but at the same time offers a completely new view on the world: up is also down, left is also right and inside is also outside.

This technique allows me to create surreal and abstract artworks that are firmly rooted in the very basics of photography: scratching away the shadow layers on a black canvas with the different colours of the spectrum of lightwaves to reveal a frozen two dimensional copy of the real world.

I started making my work to satisfy my own curiosity because that is one of my biggest drives in life. Realizing the world has a myriad of places to offer that will all translate in a different and interesting way using this technique I realize I will never truly finish this project.

I can only hope people will enjoy my artworks as much as I enjoy theirs.