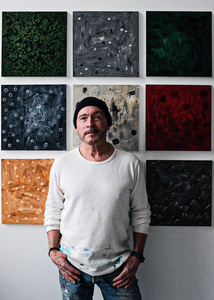 Where Have All the Flowers Gone, curated by Amy Lipton, Paramount Gallery, Peekskill, NY, September 7 – October 27, 2013

Granted by The Society for the Arts, Religion and Contemporary Culture with Cross Currents Magazine and Auburn Theological Seminary for The River Seems a Magic Thing conference held at the Museum of Biblical Art, NYC