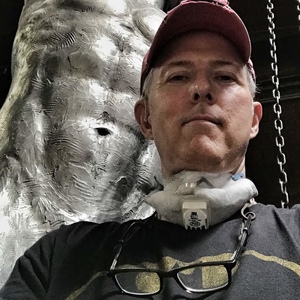 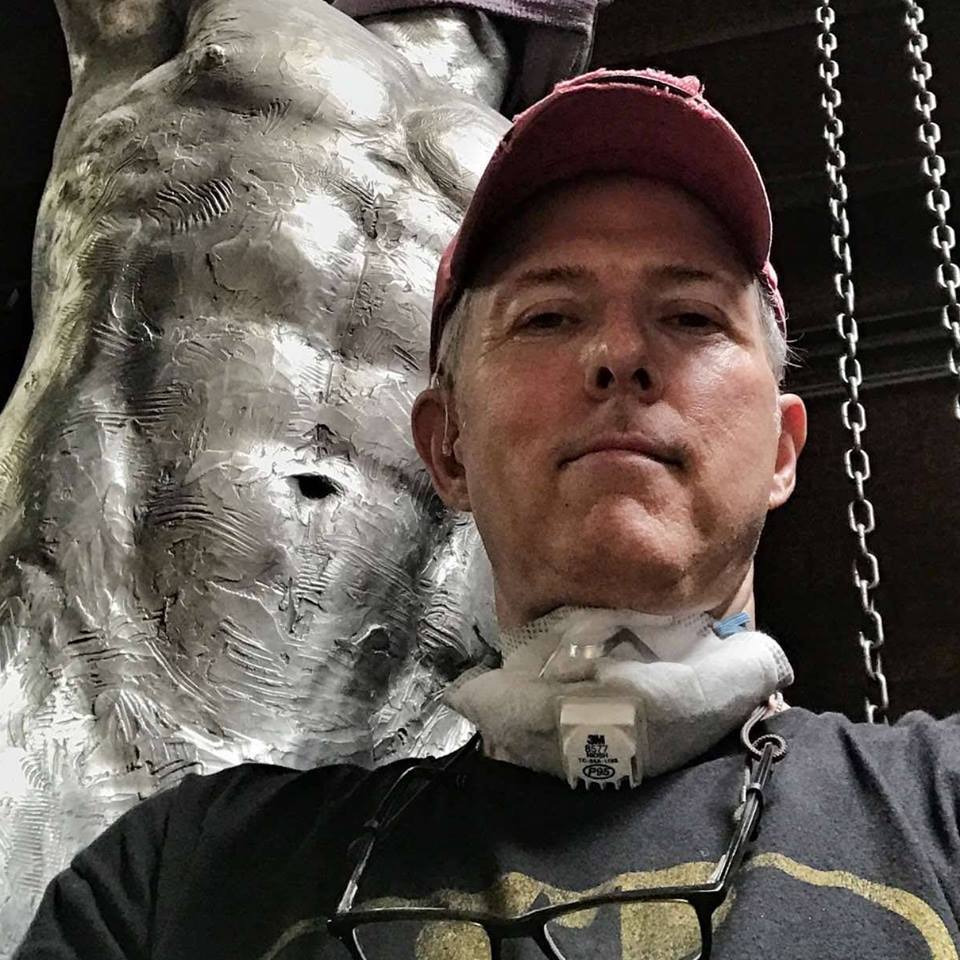 Richard Becker was born and raised in Southeast Los Angeles where he explored his creativity through photography, literature, and motocross racing. Becker began his career in the sciences, working his way through school and eventually graduating with a Master’s in Engineering from Stanford University and obtaining several patents. Becker credits his artistic awakening to a three-year assignment in Europe. While living in Barcelona, Spain and traveling abroad he began to pursue his passion for the arts by blending the arts and sciences.

Becker has exhibited in group and solo exhibitions and has been a technical collaborator with several artists and institutions, most notably ”the father of Pop Art” Richard Hamilton, The Getty and The Tate London. He has been commissioned to create monumental works of public and corporate art as diverse as the POW Monument at the US National Cemetery, multiple portrait busts for The Emmys Hall of Fame, a heroic stainless steel Mercury for the Los Angeles Athletic Club and a bronze sculpture of Homer Simpson for Fox Studios.

An elected member of the National Sculpture Society, Becker was awarded their Edward Fenno-Hoffman Prize for uplifting art.

His home and studio are in San Diego, California.

Holds several US and Foreign Patents

Elected Member of the Portrait Sculptor Society of the Americas

Elected Member of the San Diego Museum of Art Artist Guild. Honored as guild's youngest "100 Artists of the Past 100 Years"

The University of the West of England

“Genius” – Matt Groening -- Artist and Creator of The Simpsons

“Mr. Becker’s artistic abilities are exquisite; his professional work ethic, impeccable. This artist does what he promises to do, on time and on budget.” — Karen Hathaway, CEO LAACO LTD, Mercury Sculpture, Los Angeles Athletic Club

While living in Barcelona, on a whim I bought a bag of clay that was a shopkeeper’s door stop. This simple act ignited my life’s passion for art. It's been an unstoppable journey since first sinking my hands into that clay.

Whether making a small sculpture, a portrait bust, a painting or a monument, I strive to create art that is inspiring.  Art has the power to lift us and to unite us and I hope that my creations bring some positive inspiration into the lives of their beholders.

My most recent creative works explore water, light, life and color, reflecting the joy of my re-entry into the world of sound and music.