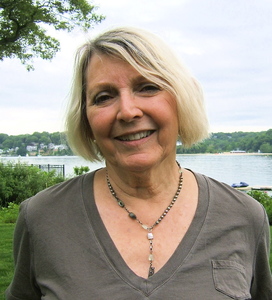 Pat Ralph studied at the Art Students League in New York. She is a painter with a body of work that includes landscapes, portraits and still life paintings.

After a career as teacher and science writer for the American Museum of Natural History, Pat Ralph returned to her early interest in art, studying painting at the Art Students League in NYC from 1968 to 1972. Her landscapes and figures have since become familiar to museum and gallery goers on Long Island. In addition to shows at the Heckscher, Parrish, Islip and Stony Brook Museums, Guild Hall, Gallery North and the Bryant Library in Roslyn, her paintings have been included in exhibitions at the National Academy of Design, the Butler Institute of American Art, the Philadelphia Art Alliance, the Silvermine Guild and university galleries across the country.

Pat was one of the early artists chosen for the groundbreaking Women Artists Series at the Mabel Smith Douglass Library of Rutgers University and is included in Ronald G. Pisano’s book, Long Island Landscape Painting in the Twentieth Century.

In addition to painting, She has served as chairman of the Board of the Art League of Long Island. Pat also served on the Collections Committee of the Heckscher Museum, where she was a Trustee for twelve years and Vice Chairman for three. Her curatorial activities include Berenice Abbot’s New York at the Heckscher Museum, Poets and Artists at C. W. Post, LIU and Director’s Cut at the Art League of Long Island.

Approaching the landscape, I am drawn to open space, barely eventful horizons, reflections on water and finding something extraordinary in our seemingly ordinary surroundings. I occasionally do away with the horizon, focusing on the muddle of the world seen close up.

In recent years I have decided to not shy away from the effects of urbanization and environmental abuse. Smog, automobiles, algae, utility poles and wires are realities we live with and, as a witness, I feel obliged to record.

In all my paintings I seek a stunning image, expressed with clarity and, if I’m lucky, augmented with hints of mystery or wit.