For Neal Barbosa, live music puts him in the mood to paint, and he does it onstage while bands perform at venues throughout the Bay Area 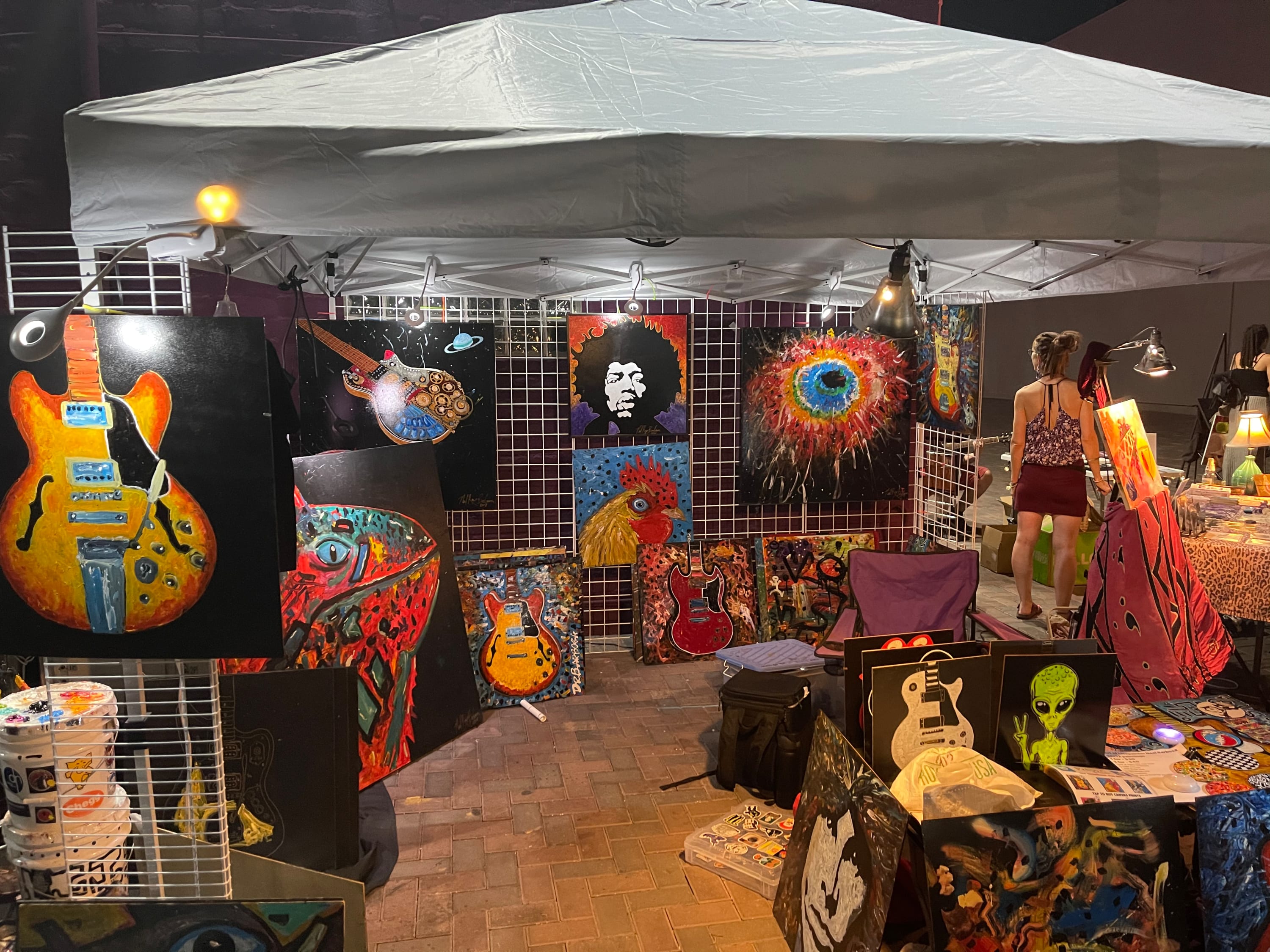 For Neal Barbosa, live music puts him in the mood to paint, and he does it onstage while bands perform at venues throughout the Bay Area and beyond, a practice known as live painting.

Originally from Orange County, Barbosa was already a talented young artist when he moved to the North Bay at age 15 to live with his hippie uncle.

He introduced me to all kinds of music that was going on around here, Barbosa says. I really wanted to be involved in that, but I didnâ€™t play an instrument at the time, so I asked myself, What do I do? And I came up with the idea of live painting.

Barbosa isn't the first to paint live onstage, artists like Denny Dent have been painting along to live music since the 1960s, though Barbosa didn't know about Dent when he started. Evolving organically over the last 15 years, Barbosa's live painting was born out of a love for music and art, and his work synergizes both creative endeavors.

I've worked with so many bands that like it, because it's something new and something that gets the crowd going, Barbosa says. I've had musicians tell me that they can feel my energy, and vice versa, and it sparks them to do something a little more.

Barbosa originally went to gigs without a clue as to what he would paint, but he's refined the process in the last decade and a half. These days, he'll sketch out several rough ideas before the set so the crowd can watch a piece take shape in a timelier manner, usually over the course of three to five songs. Some pieces are portraits, some are abstract Barbosa says it all depends on what energy he taps into once he hears the music.

Barbosa has painted onstage with renowned artists like Les Claypool, the Wailers, the New Mastersounds, Eric Lindell and others. He's also a regular at gigs with popular local bands like the Pulsators, T-Luke & the Tight Suits, and the Miles Schon Band, and has painted at venues like the Mystic and the Phoenix in Petaluma, the Fillmore and the Great American Music Hall in San Francisco, and at events in Boston, New York City, Hawaii and in Europe.