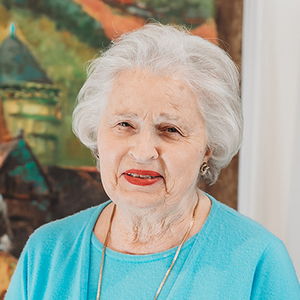 Painting for over sixty years. 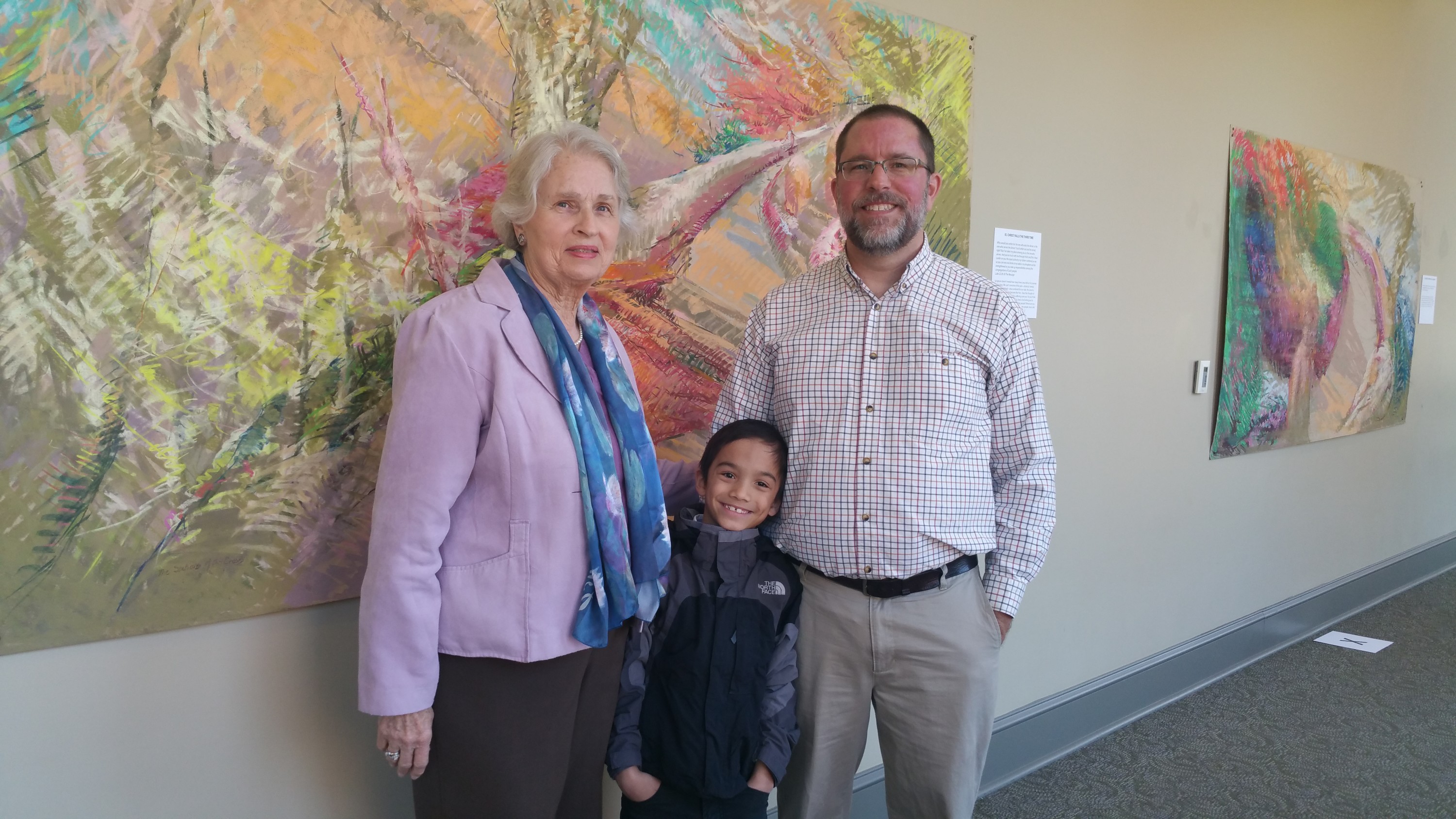 Miriam McClung is a native of Birmingham and a graduate of the University of Alabama, with a Bachelor of Fine Arts. Her work over the past twenty years centers around Biblical themes done in oil and pastel. She studied at the Art Students League in New York, under Mark Rothko at the University of Colorado Boulder, and at the Farnsworth School in Sarasota. She also worked under Marshall Davidson, the well-known curator of the American wing at the Metropolitan Museum of Art in New York City. Her work as been exhibited in Japan, in Dallas at the Museum of Biblical Arts and throughout the Southeast.

The truth is that I love to draw and paint and have been doing so for over 60 years. The city of Birmingham is a constant inspiration in its landscapes and people. I grew up in Birmingham and attended Mt. Brook Elementary. I loved art from a very young age but because the school was new, they didn’t have art classes, so I took art from Louis Cone on Highland Avenue. Louise Cone taught by copying paintings and drawings. The real lesson was her studio filled with all kinds of objects, antiques, and many portraits. All were in a huge room on the third floor of an old house on Highland Avenue. It could have been in New York.

There was no Birmingham Museum of Art available to us back in the 1930’s and 40’s, there were plenty of good artists around whose work I saw in homes around town. Billy Wilson’s paintings and portraits were all over town. Also, my Father was an avid amateur photographer, and I learned a lot about composing pictures from him. When I was about ten, my father would take me down to Henderson's Frame shop on 3rd Avenue. A young man who worked for him was Gene Smith, who later opened the frame shop and gallery in Homewood originally called “Little House on Linden (Ave)

If my family traveled anywhere, we always went to the museum in the city.  I vividly remember going to the Huntington Museum in California and seeing Gainsborough’s “Blue Boy,” so impressive. I went to high school at the then “new” Shades Valley School and was in the first graduating class. There was a wonderful art teacher there, LaNeil Wilson. From her modern teaching I decided to major in art at the University of Alabama.

At Alabama, I was surrounded by some very talented and soon to be well known Alabama artists like my sorority sister Dale Kensington of Dothan Alabama, who’s work would later be shown at many museums across the country. The screens Dale did were the most incredible things I had ever seen. Most inspiring was her dedication to her art and her work ethic of starting painting at 8 a.m. and working until 5 p.m. every day. Dale was an artist that Alabama can be proud of for years to come.

I was also inspired at the University by classmate Bill Chrisenberry who is from near Livingston, Alabama. He created fantastic work with his small Brownie camera, not to mention all his other work at the galleries in Washington D.C.. I had a sculpture class with him, and we all knew what a special artist he was. The University offered several other opportunities to expand my art understanding including an art tour of Europe, where we met renowned Swiss artist, sculptor and painter Alberto Giacometti, and a summer art class at the University of Colorado taught by Mark Rothko. I frankly had never heard of Rothko, until I returned to the University and the professors told me he what a great painter he was. Rothko was kind and patient with all in the class.

After graduating from Alabama, I spent a year in New York City working and attending the Art Students League. I also worked at the Metropolitan Museum of Art with Marshall Davidson, associate curator of the American wing and later noted writer on American art history. I loved the correspondence between him and John Canady telling about Sargent’s “Portrait of Madame X”. Doris Kennedy, a great watercolor artist, was kind to young painters in New York and she included me in a party where I met Salvador Dali.

I moved back to an apartment in Birmingham in 1959 and continued my art. I took classes over the years from Max Helman, Billy Wilson, Lem McDaniels, Arthur Stewart and Billy McVoy ... all talented artists in the city. Max Helman taught a class at Little House, and I learned a great deal of fundamental drawing from him. I spent a lot of my creative energy painting landscapes and scenes around Birmingham. Of particular interest have been Birmingham’s many villages which have grown and changed dramatically over the years. I’ve also been in many shows around Birmingham and the state of Alabama. Particularly enjoyed the Magic City Art Festival and the Mt. Brook shows in my younger days.

In the late 1980s when I turned fifty, I told God so far all my work has been for me, from now on I wanted the work to be His wherever He would take me. Although I’m still painting Birmingham and Alabama, it has become the backdrop for biblical scenes. For example, inspired by an organ concert at my Church, I began to paint the Stations of the Cross. The first Station is across from Highland Park golf course. The old steps there were used in the painting to depict where Christ was condemned. All the Stations wind up Red Mountain.

Another painting depicts Palm Sunday with Christ entering English Village, instead of Jerusalem, on a donkey. I had seen a southeastern show at the Birmingham Museum of Art, and one of the pictures was “Christ Riding into Birmingham”. It caught my attention.

One of my favorite works I’ve done is the “Wedding at the Gardens”. Taking a walk usually every Sunday afternoon I noticed a wedding with about one hundred chairs in the Lily Garden. A couple of rows were filled but the rest were empty. When I came back through the chairs were still empty and the wedding had begun. I thought of the story of Jesus telling a King sent out all the invitations across the country and no one came. He then told his servants to go out and find others to come to the wedding feast and they were the guests. When painting the scene I put the people coming at the gate to fill the chairs.

I’ve also been particularly interested in drawing and painting the places and buildings in Birmingham that were part of the Civil Rights movement. I have been struck by the courage of the little girl who said “I am not afraid of any jail” and the powerful words of Dr. King’s “I have a dream” speech. I have a dream too of one day having a Birmingham Biblical Art Center. Perhaps someone in the next generation will start one. I dream of a fast train coming from Atlanta to see our wonderful art museum, the civil rights museum, our beautiful mountains and countryside and lastly a biblical art museum.

Copyright © 2021 Drawing on the Promises LLC | Find out more at MiriamMcClung.com