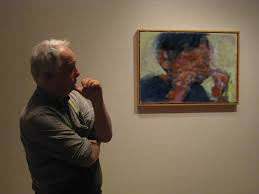 Lee Newman grew up in Alexandria, Virginia and studied with both Robert D’Arista and Jack Boul at American University, where he earned his BFA and MFA. The influence of painting at the same school can be seen in their work, which complements each other. Newman later traveled to Austria on a Fulbright-Hayes Grant. In 1984 he founded the Washington Studio School, where Boul also taught before retiring to paint full time. Newman’s works are also in many private and public collections including the Corcoran, the Metropolitan Museum of Art, the National Gallery of Art, and the Library of Congress.

Collections:
The Corcoran
The Metropolitan Museum of Art
The National Gallery of Art
The Library of Congress
California Palace of the Legion of Honor