Tony Lazorko (1935–2017) created multicolored woodcut prints with scenes of America from Philadelphia to St. Louis to the American West in Mesilla, New Mexico. 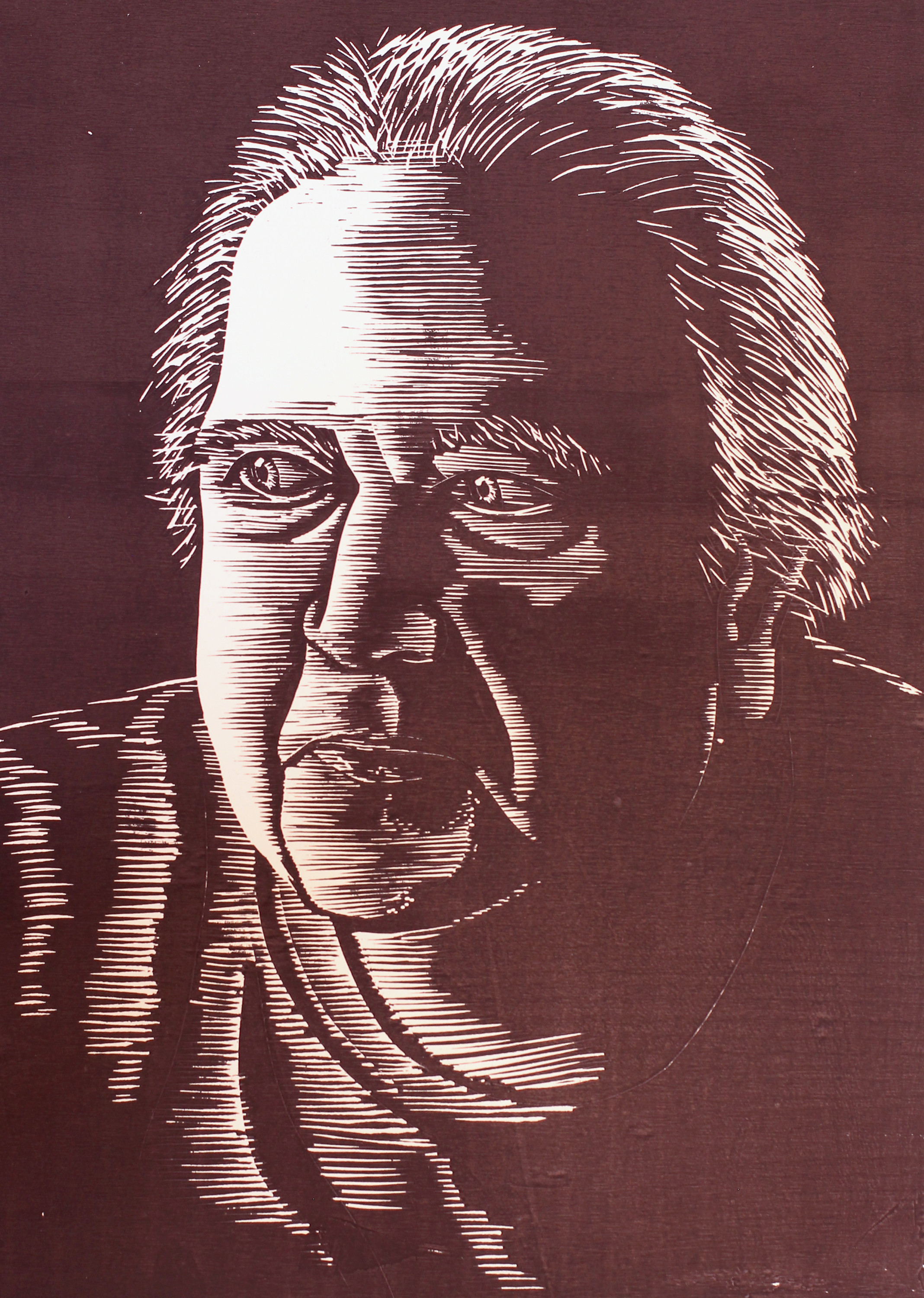 Tony Lazorko (1935–2017) created multicolored woodcut prints of the American West in his adopted home of Mesilla, New Mexico. His artistic path begins in Philadelphia as a window decorator and evolves into fine art painter and newspaper designer and finally, printmaker.

“He inherited the spirit and vision of American regionalism but with a 21st century flair,” writes Peter Briggs, the Helen DeVitt Jones curator of art at the Museum of Texas Tech University, in an article at www.artistprintmakerresearchcollection.org. “Images of people feeding at McDonald's, of 18 wheeler trucks speeding down I-10 and I-25 between Albuquerque, Los Angeles and El Paso, of cafes and other businesses abandoned along stretches of older highways relegated to obscurity by the interstate highways, and the dramatic Organ Mountains that filled the landscape to the east of his home, found their way onto his wood panels.”