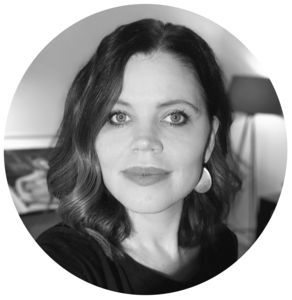 Photographer / collage artist working with American stories across the past, present and future

A native of Sweden, Kris Davidson spent the first half her childhood in the Scandinavian subarctic and the second half in Texas. In her twenties she became a travel photographer working worldwide. In recent years, she has shifted her focus solely towards an in-depth study of the United States, her adopted home. Across all her current work, Kris investigates the question of what it means to become and be an American, with an eye to the role of reconstructive memory and storytelling as it gives shape to individual identity in a larger American cultural landscape. As an artist, she uses collage and mixed media techniques on photographic prints in an ongoing exploration of the fluid intersection of perceived truth, memory and storytelling.

Prior to becoming a photographer Kris worked as a marketing/branding professional for eight years in the San Francisco Bay Area on both corporate and agency sides. After that, she worked for fifteen years as an award-winning travel photographer, collaborating with various editorial and commercial clients including National Geographic, Lonely Planet Traveller, Kimpton Hotels, Ford, The Institute for Shipboard Education and many others. She has been recognized for her work in PDN, American Photo, the International Photo Awards among others. Kris has also taught photography and visual storytelling for the past 15 years in academic and workshop settings for various institutions including the Academy of Art University in San Francisco, Semester At Sea, and the National Geographic Society.

Kris has an MFA from Brooks Institute in Santa Barbara, California and a BA (Communication Arts) from Loyola University in New Orleans. She is based near Seattle, Washington.

I don’t recall a single thing that we carried with us when we boarded the plane to cross the Atlantic. And yet, somehow the ancient stories from Sweden were always there, stowaways, held somewhere deep within, dormant for many years.

For most of my time as a newly minted American, I moved lightly, observing and blending in. Leveraging the immigrant gift of assimilation into new places, I worked as a travel journalist, until it began to feel anemic. Immigrant books and art began to find me, salves to feeling untethered. As I read immigrant stories by Jhumpa Lahiri, and took in the blended cultural worlds of Njideka Akunyili Crosby’s artwork, I finally embarked on a study of my adopted homeland.

America’s storytelling tradition is expansive, born out of countless colliding, merging and overlapping storylines. In my work, I utilize American stories depicted photographically, including images that I make myself, found images, and personal photographs shared by artwork subjects. Many of my photo-based projects employ mixed media and collage techniques that allow for temporal juxtapositions, while also revealing crossovers of real and fictionalized storylines. Recurring themes include study of the fluid nature of American identity (both individual and collective); deep time (considering how stories and archetypes play out across the past, present and future); and intergenerational equity (the idea that we have a responsibility to our ancestors and descendants in how we tell our stories). I am especially interested in how Americans are working with their most difficult stories, and how these narratives evolve with time, assuming and shedding fictional elements.

Americans have come from every corner of the world — willingly and unwillingly — creating a cultural landscape of endlessly shifting storylines of many refurbished selves. The idea of belonging — the desire for it, the threat of it — wends its way through every American story ever told. In her brief history under the name America, this country has wrestled with every manifestation of belonging: how to belong to a new land, a stolen land; how to belong to oneself, how to belong to others, either by brute force, subtle coercion, or by open-hearted, willing choice. In my work, as I explore how we might all belong to the American story, I am finding how I, too, belong.