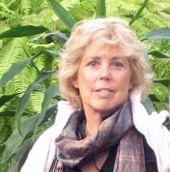 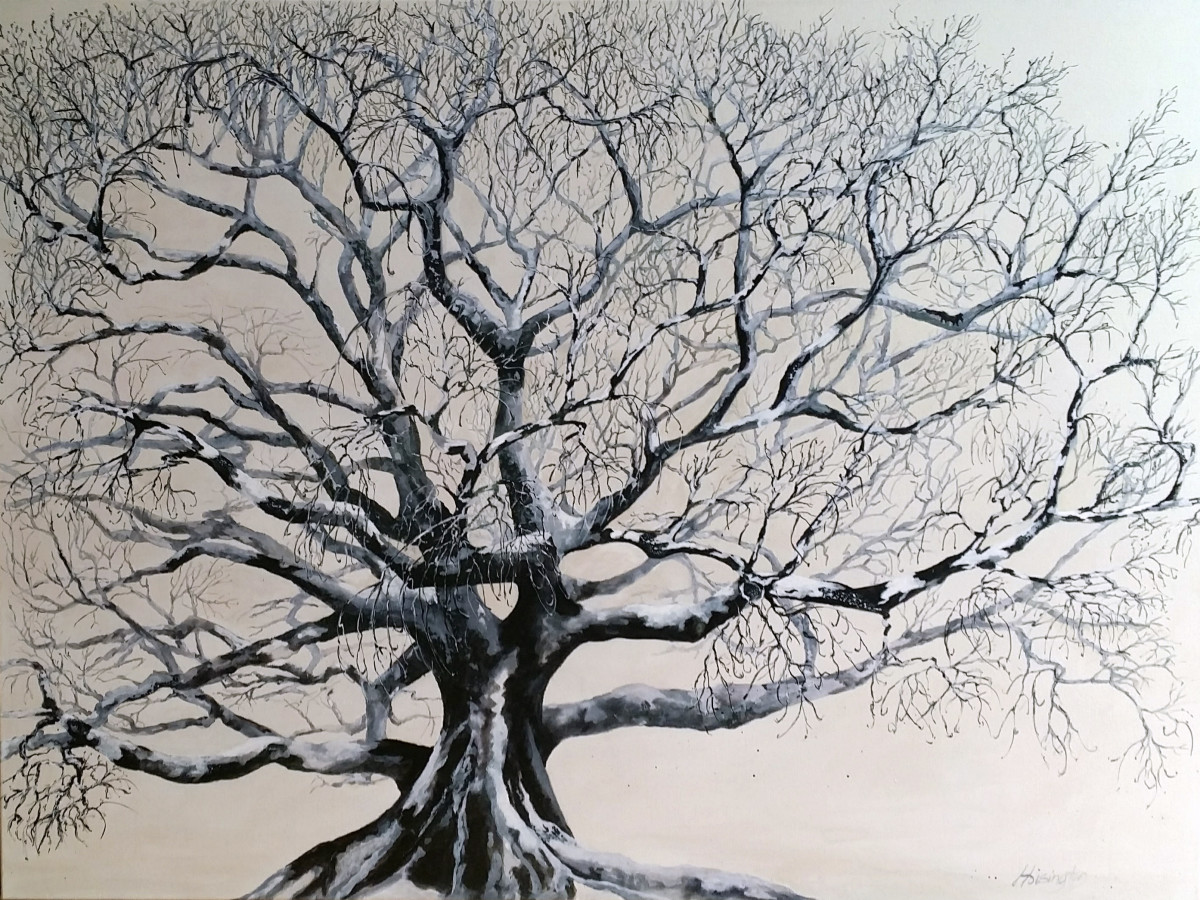 Available as archival reproduction on canvas or on 100% rag paper.
This piece is based on a type of fig that looks like a Morton Bay Fig in North Harbour Reserve in Balgowlah, near Manly. It's an enormous tree, that has expanded without competition from other trees, so fully formed in all directions. It is normally a magnificent mass of green leaves. This past year (2016) in winter I noticed that it had shed its leaves, and suddenly the structure was visible, huge trunks and massive branches. In early spring, the network of very small branches became more noticeable as buds started to swell at the end of them all. Now (January 2017) it is nearly fully leafed out, and the structure is just barely visible. I was drawn to the patterns it made as it began to come into bud, while it was still nearly colourless, but already showing life. The slight glow of the background (with very subtle colours that change slightly as the light shifts) is meant to imply the fact that it is alive and affects the world around it. (My arborist says it's just fine; some figs lose their leaves, some of the time.) 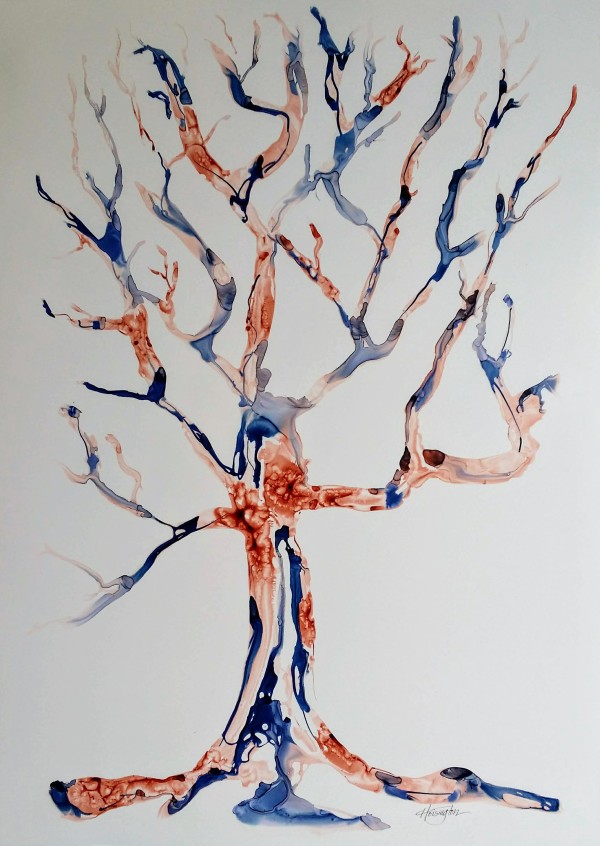 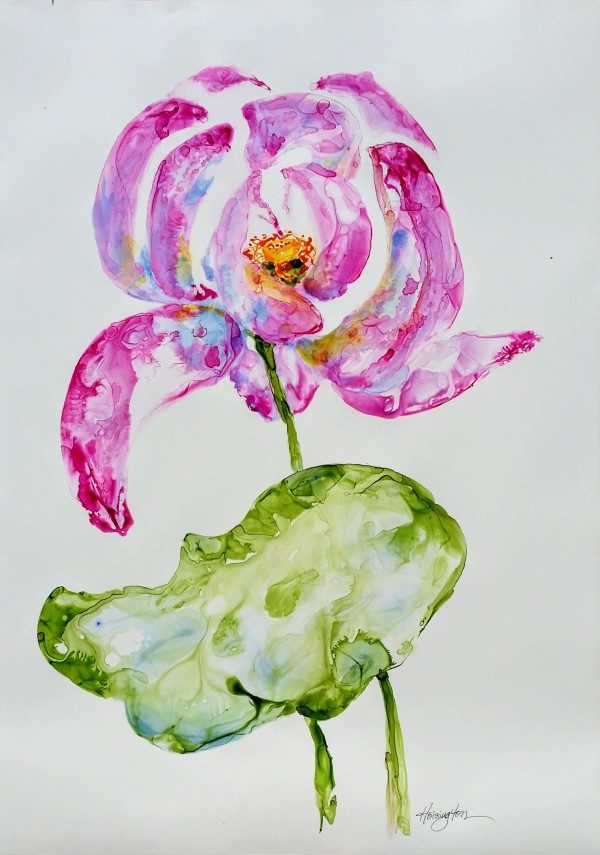 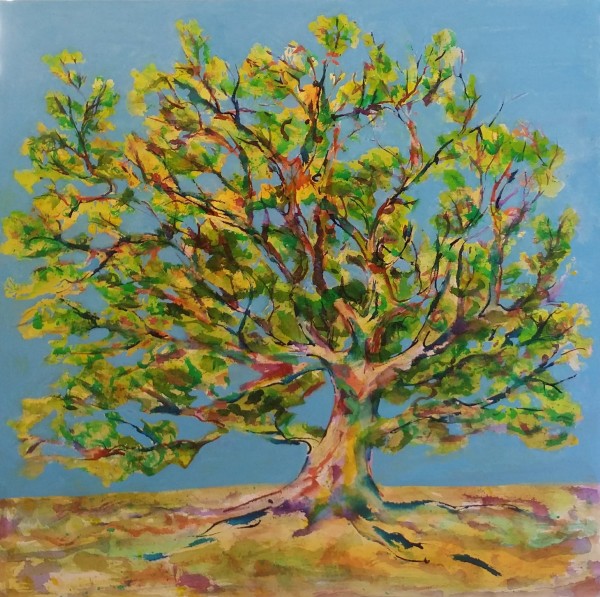 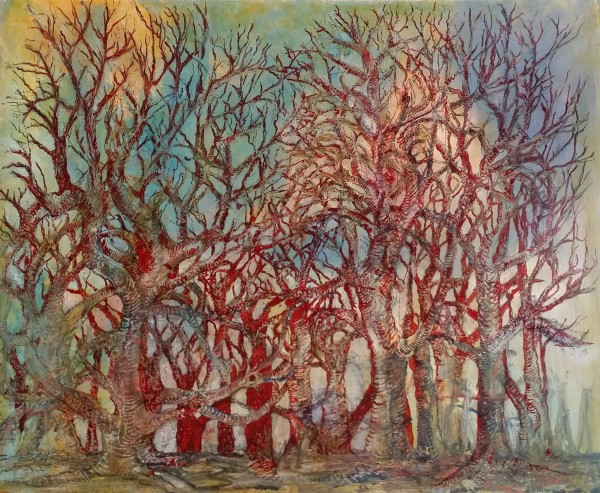 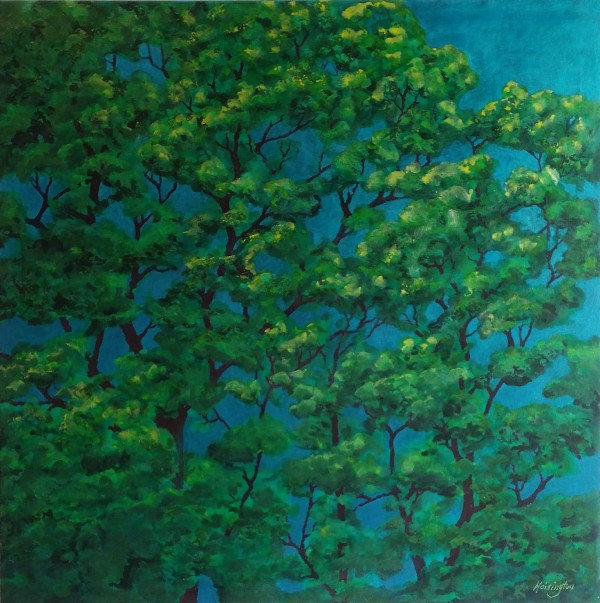 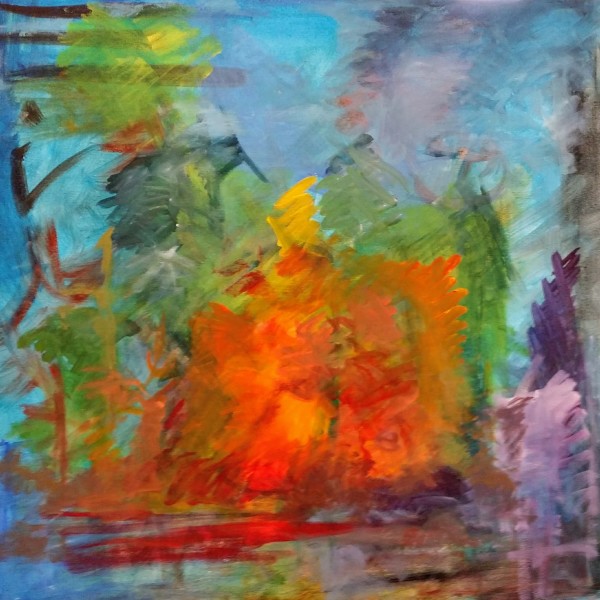 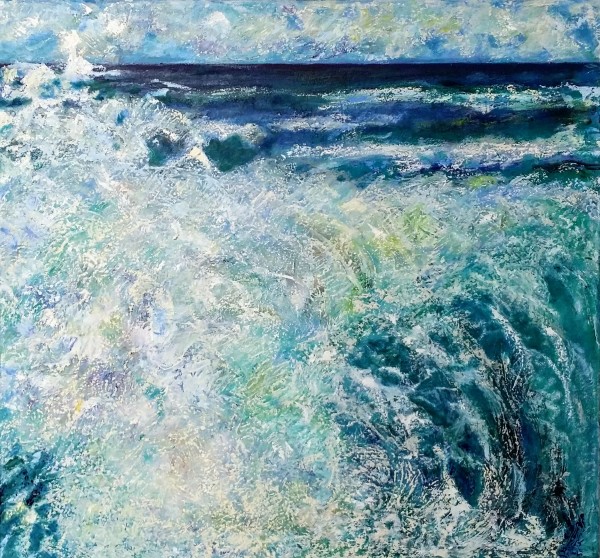 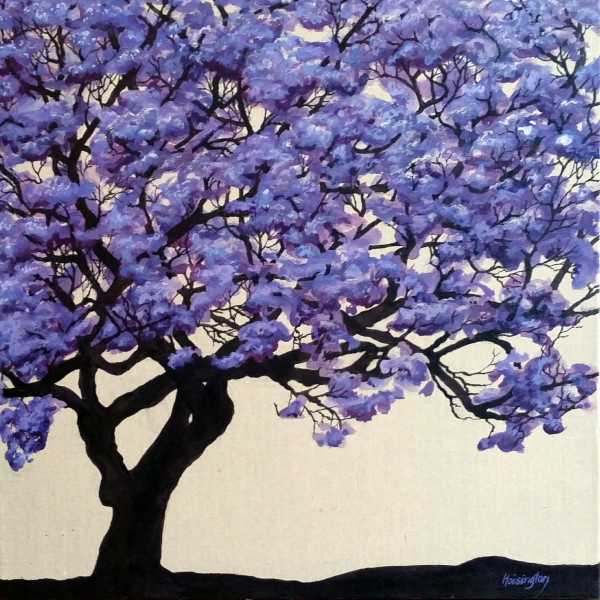 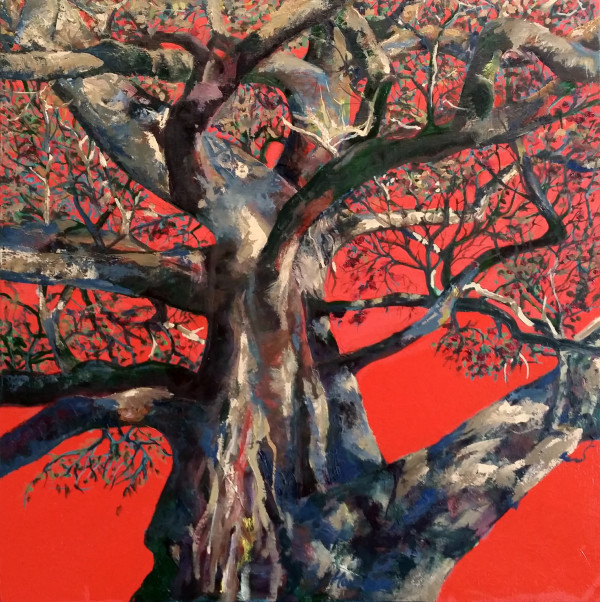 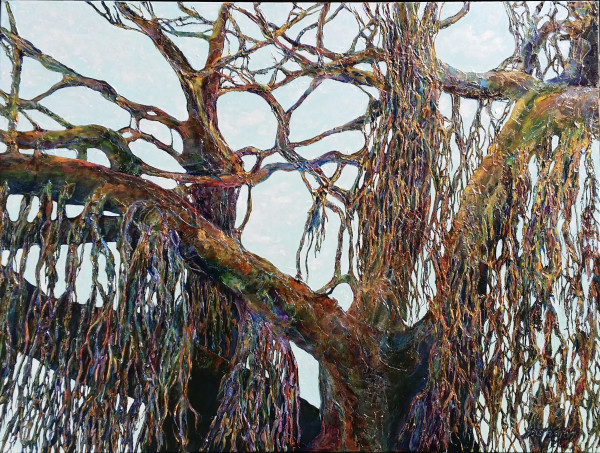