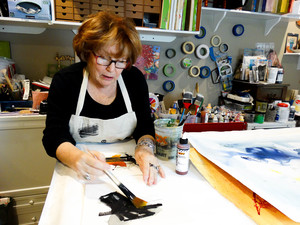 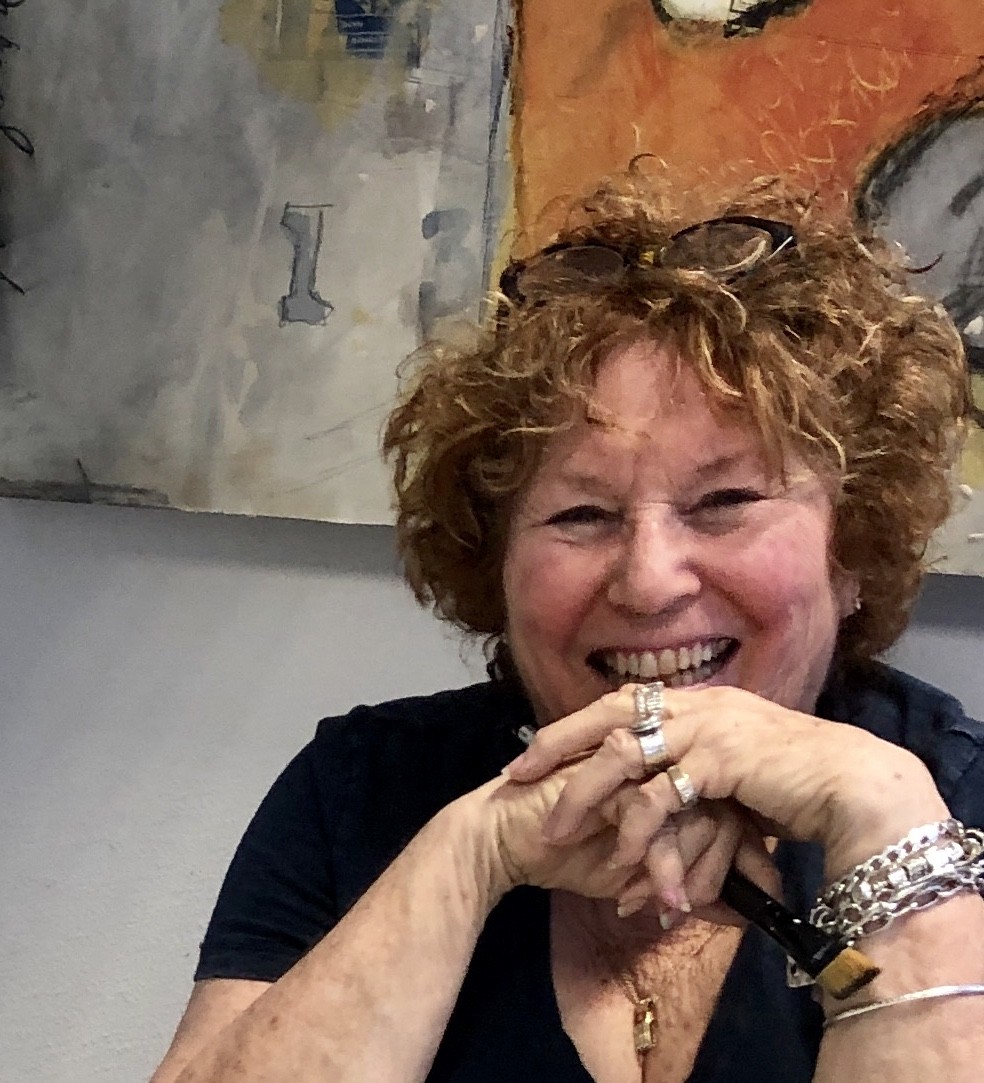 After earning a BFA from Douglas College, Jill Krasner began her professional career as a commercial artist in New York City. Marriage and children brought her to Washington, DC, where she worked for the next two decades in broadcasting; first as Art Director for Metromedia Television and eventually creating, writing and producing children’s shows, documentaries and promotional campaigns for Metromedia and Westinghouse Television.

She was awarded numerous Addys, Clios and Emmys for her creative work in publishing and broadcasting.

Krasner is committed to recycling and repurposing found materials in her art. She works primarily in Mixed Media, using watercolors, acrylics, inks, oil pastels and pencil to create her art on paper and canvas. Krasner teaches both adults and children in collage, altered books, mosaics, found object jewelry, beading, felting.

Jill Krasner shares her Florida home and studio with her muse and BFF: her dog, Clayton.

My art is informed by my life journeys ~ all the trails I have followed and those I have not. Exploring shapes, lines and colors...and the way these elements interact with one another, enthrall me, constantly encouraging me to express the familiar in unfamiliar ways.