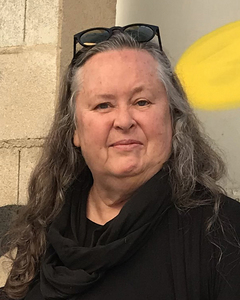 Helen Klebesadel is an artist, activist, teacher, and creativity coach who maintains her studio in Madison, WI USA 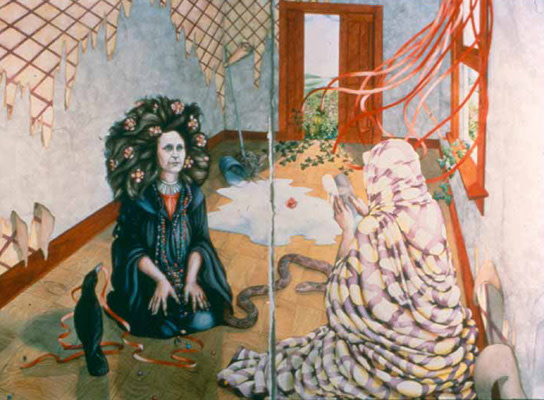 This very large original watercolor is from my series entitled “Social Patterns” that considers the social patterns women must re-examined to consciously define our lives and roles in contemporary culture in a way that expects equity for our efforts.

This particular work is called "Social Patterns: Medusa Re-Membered." It is about how we contribute to sustaining a culture that does not value us. In half of the print a woman facing another person who is removing a mask, to reveal who she really is. The second figure is wrapped in a quilt apparently made of the yellow wall paper that has been removed from the walls of the room they are in (a reference to the Charlotte Perkin's Gilman short story). The open door reveals a rural landscape with an ivy plan inching its way within. The pooled water reflects a limitless sky. And a snake and crow watch the dark robed figure whose fingers are stained by the color of the broken strand of beads. A careful looker will see that in amongst the primroses in her hair are the snakes of Medusa, present, and representing anger redirected toward impending action.

Other Work From Helen R Klebesadel 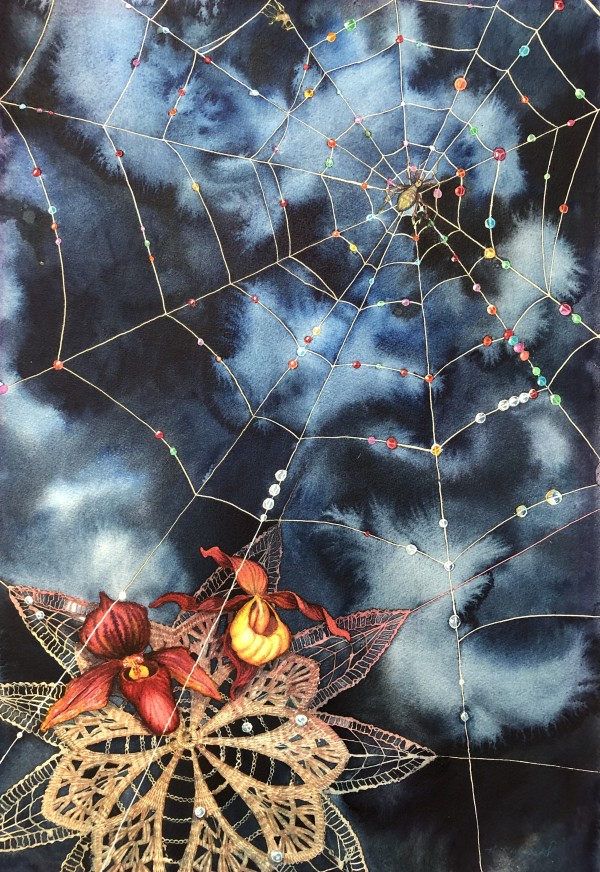 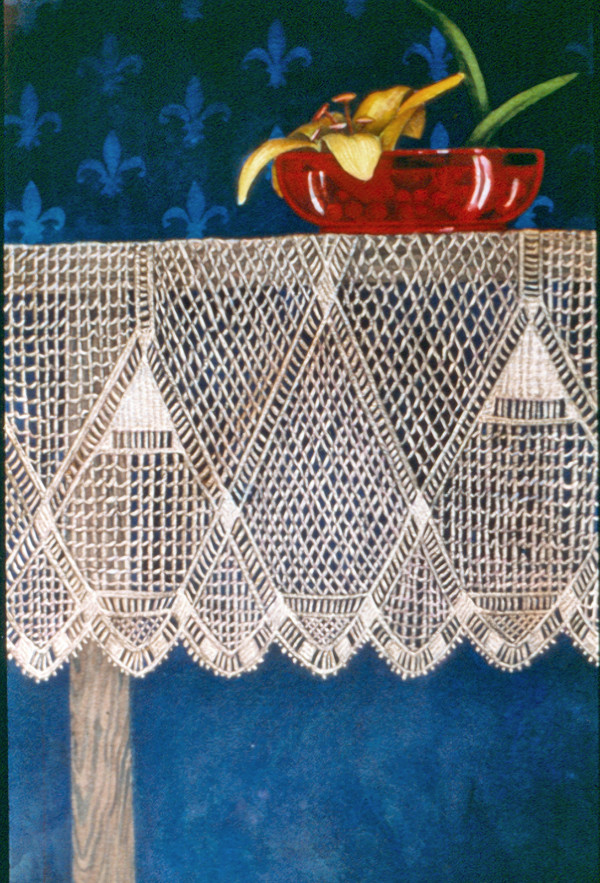 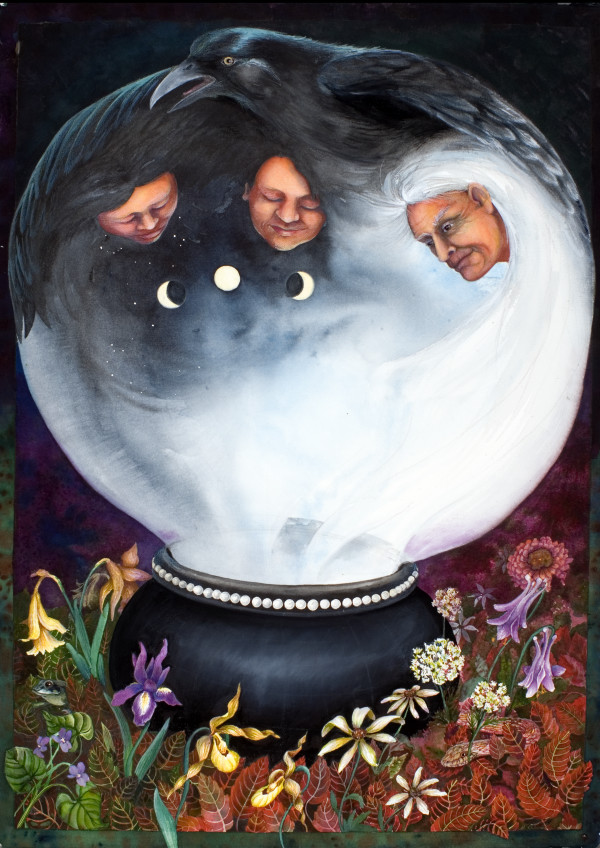 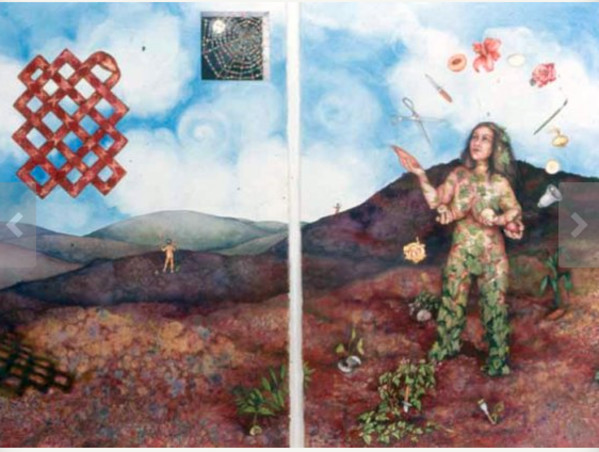 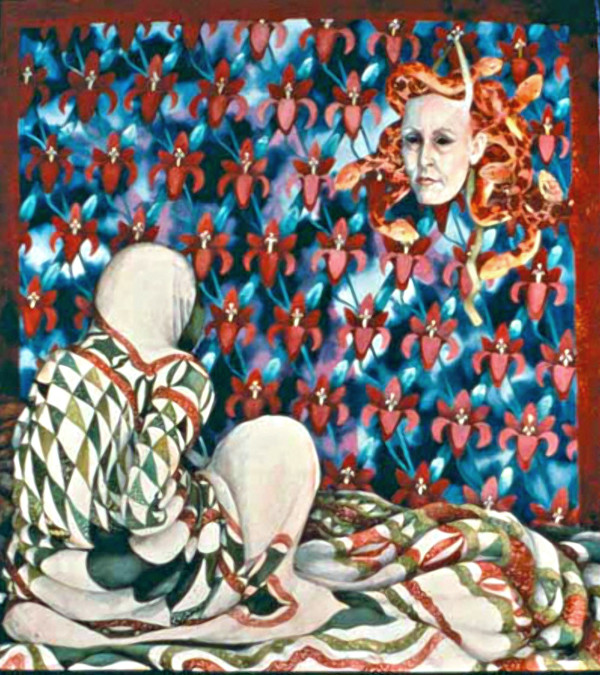 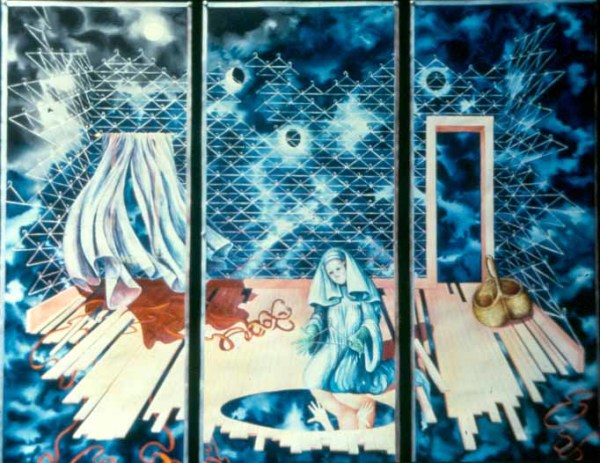 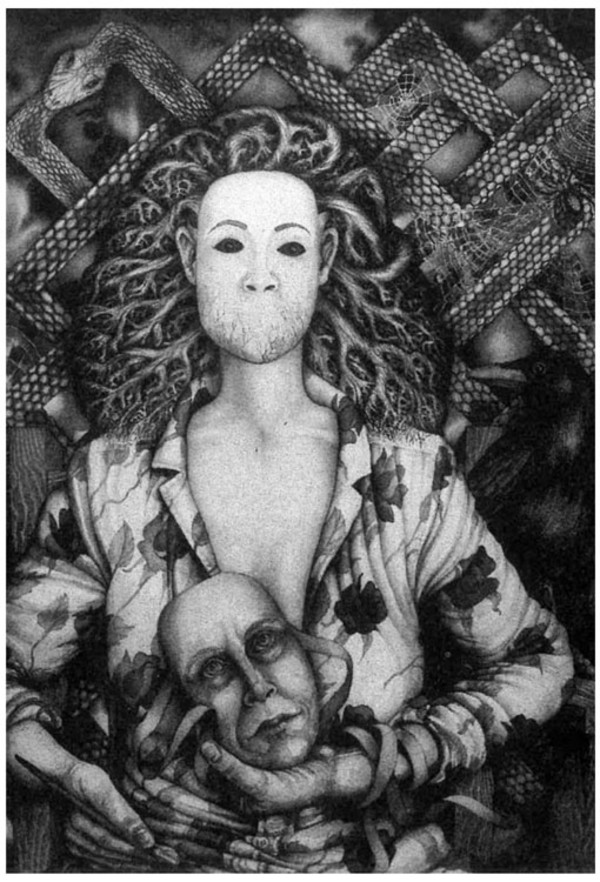