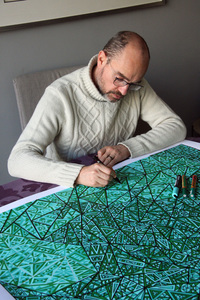 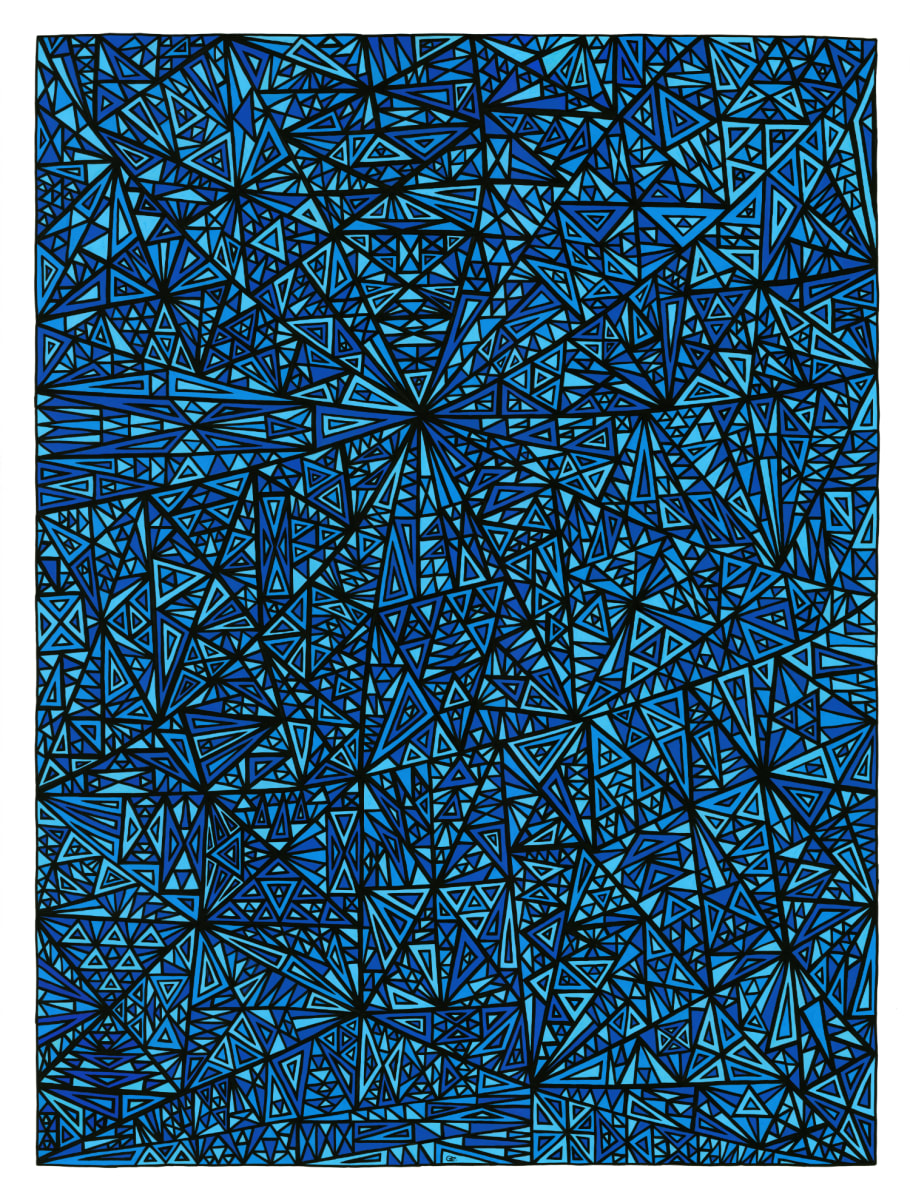 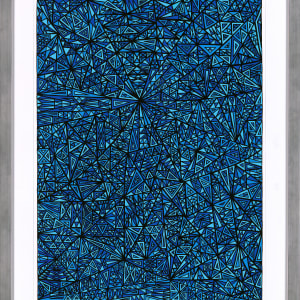 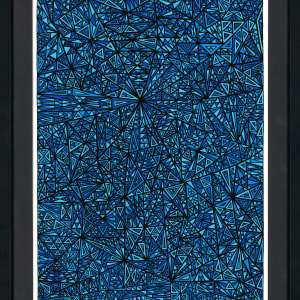 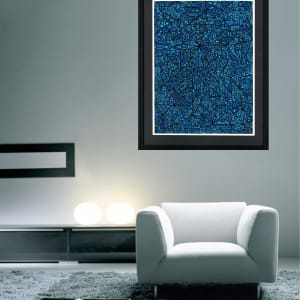 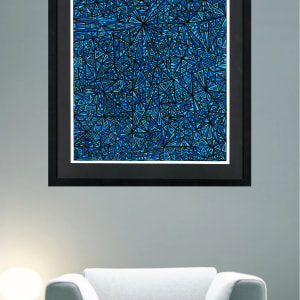 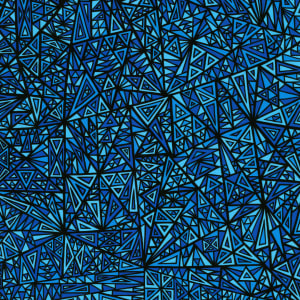 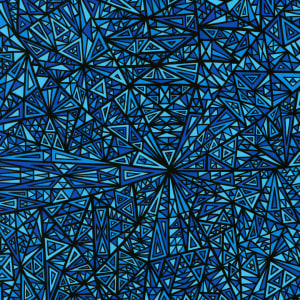 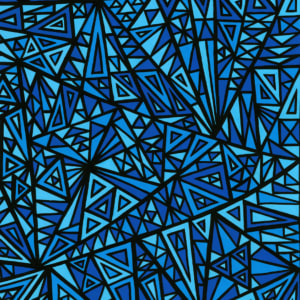 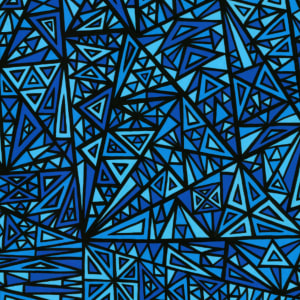 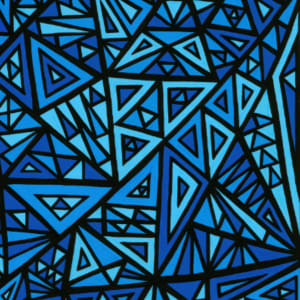 Throughout Art history, Artists have always tried to make portraits and self-portraits. With the introduction of Abstract Art, performing, for instance, a self-portrait became a ‘non-sense’. Indeed, how an Abstract artist could make his self-portrait without using a figurative representation of himself and so without going against the essence of what abstract art is all about (reaching pure artistic feeling using only basic colors and non-representative forms)?

With its painting ‘Resiste’, Gregory Dubus has succeeded to make possible what was seen as being impossible. Indeed, this painting represents the self-portrait of the artist!

But how this painting made only of structural triangle structures and compositions is a representation of himself? The two corners of the base of a triangle represent his parents who have a totally different personality and he is the corner on top of the triangle because it represents how he built himself from his parents antinomic personalities (thinking versus feeling, rigor versus flexibility, calm versus energetic…). Triangle means three angles. Three means ‘Trois’ in French. Remove the ‘r’ from it and you get ‘toi(s)’, which means yourself in English. So, when making triangles, the artist represent himself (his personality)!
Now, if you remove the ‘t’, you get ‘rois’, which means King in English. This is a representation of his values as for him, a king represents values like being independent and autonomous, being a guide for others…). These explanations may look far-fetched, but, if you would speak to a Psychanalyst, then, this would make perfect sense!

So, when looking at this painting, on top of potentially liking it for its pure aesthetic forms, you are also looking at a painting which is for the first time in Art history representing the Artist self-portrait using Geometrical abstraction.

All his paintings have the title of a song that the artist likes. This one is called 'Resiste' in reference to a great song from 'France gall' which says…’If you realize that you wake up in the morning without knowing where you go…If you go to bed on the evening without dreams, then, resist, prove that you exist and seek for your happiness everywhere’!

If you want to learn more about the artist and about his art, you are invited to look at his Biography which contains a great explanation from a French art critic and expository commissioner.

The painting is NOT framed

Other Work From Gregory Dubus 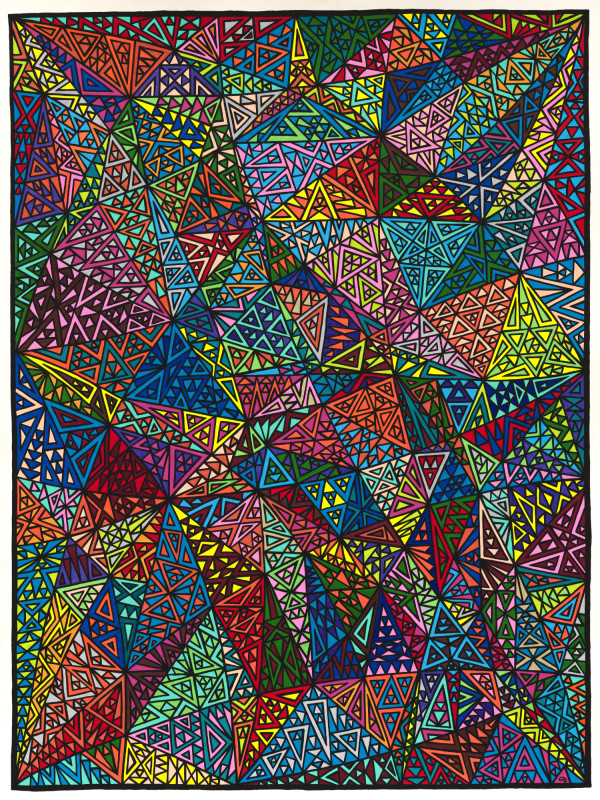 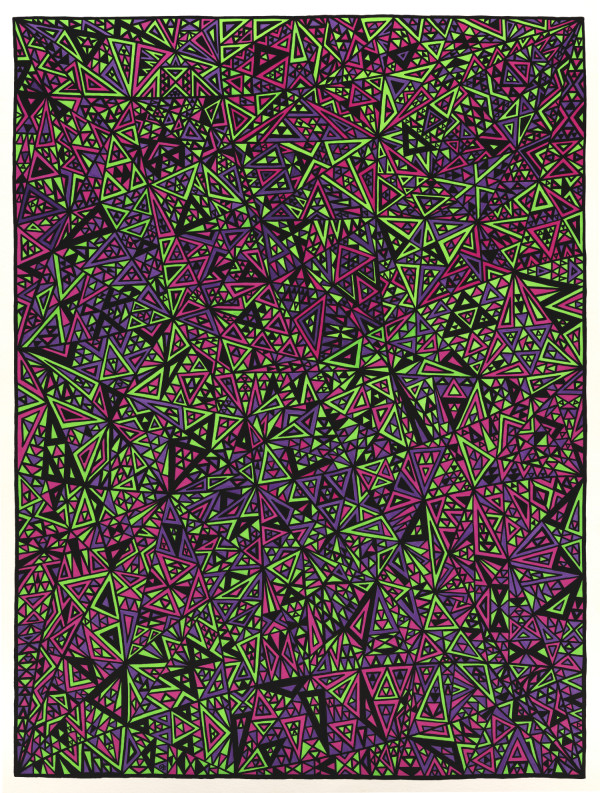 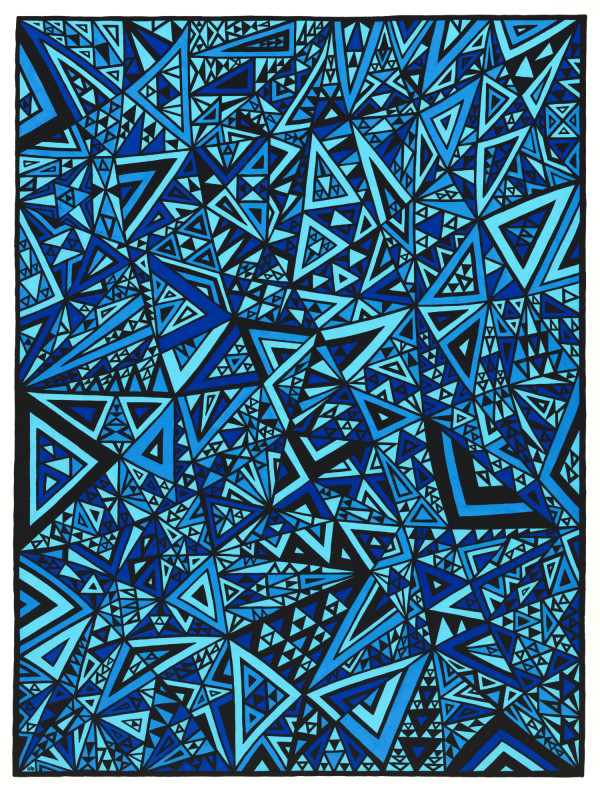 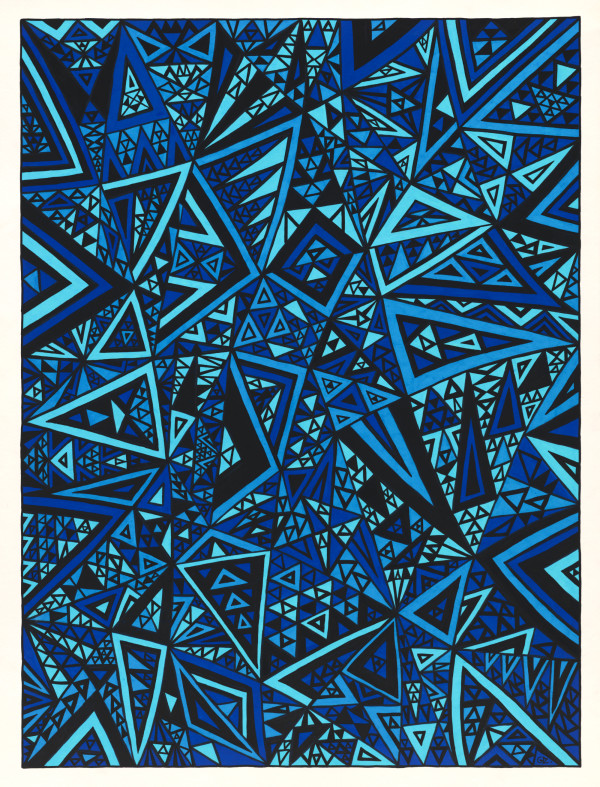 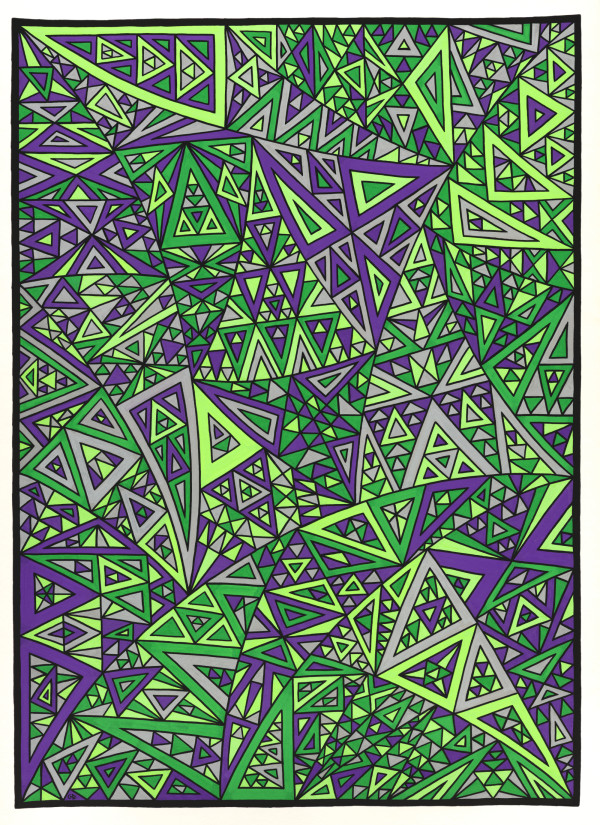 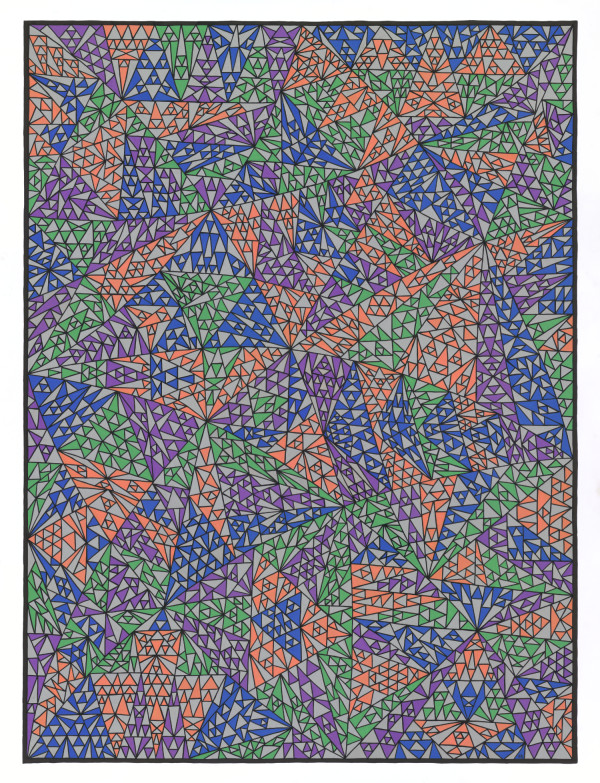 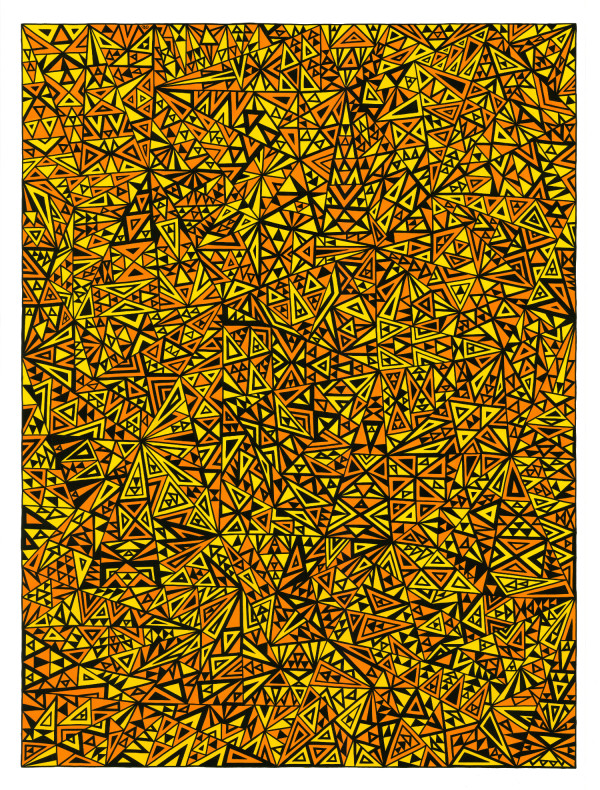 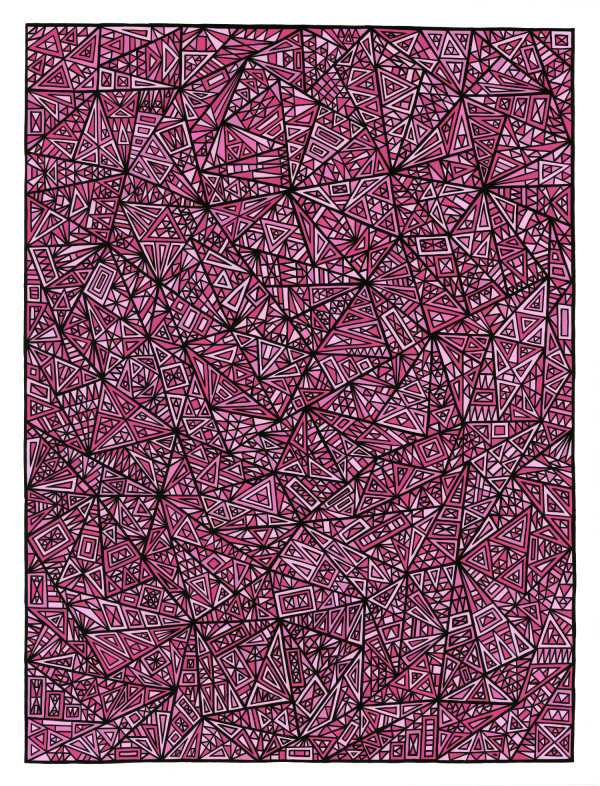 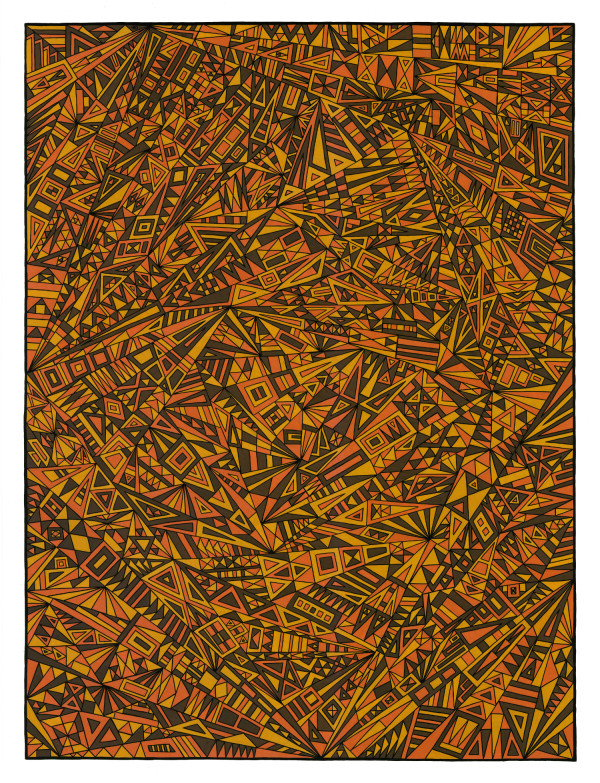 See all artwork from Gregory Dubus