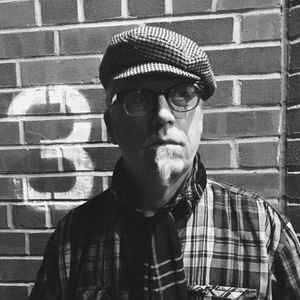 Dr. Swami Lucky Dougie Padilla is a self-taught visionary artist of Norwegian/Mexican/cowboy roots living in the wilds of Minneapolis/St. Paul, Minnesota, and Pepin, Wisconsin. In his 69 years, he has lived in a tent thru a sub-zero winter, farmed soybeans, survived the psychedelic travails of Haight-Ashbury, created and lost a million dollar a year business, fought against the war in Vietnam, meditated and lived with his guru in India, done thousands of drawings and paintings, and founded or co-founded numerous organizations and businesses. Among occupations he has counted: artist and arts activist, farmer, blacksmith’s apprentice, jade cutter, sportswear designer, psychic, carpenter, yoga instructor, and hospital orderly. He learned to sight sing Bach cantatas at age 11, lasted two embattled years in college, wandered schizophrenic on the streets of Chicago, had his first heart failure at age 20, helped birth his daughter in a rural commune, and coached and played soccer until his foot didn’t work anymore (age 51).

He has shown at the Museé Halle Saint Pierre in Paris, France, the Minneapolis Institute of Art and The Fredrick Weisman Museum in Minneapolis, MN, the Plains Museum in Fargo, ND, the National Mexican Museum of Art in Chicago and countless galleries throughout the Twin Cities and the U.S.A. Padilla has served on boards and committees of numerous arts non-profits and educated and mentored artists of all ages. He has curated and organized exhibitions and art events at all levels. For this he has received the Northeast Minneapolis Arts District Vision Award, the Minnesota State Arts Board Fellowship, several Ofrenda awards form CreArte, Chicano Latino Cultural Center and Museum, the Jerome Foundation Travel Grant, many museum “Best of Show” awards, Minneapolis’ City Pages’ “Artist of the Year” recognition, and was included in Twin Cities Public TV’s MNOriginal and “Forgiveness” series. He has been married to his wonderful wife for 30 years, has two great kids, and 6 delightful grandchildren.