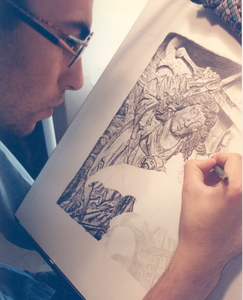 David F. Heatwole is a contemporary fine artist living and working from his home in Berea Ohio 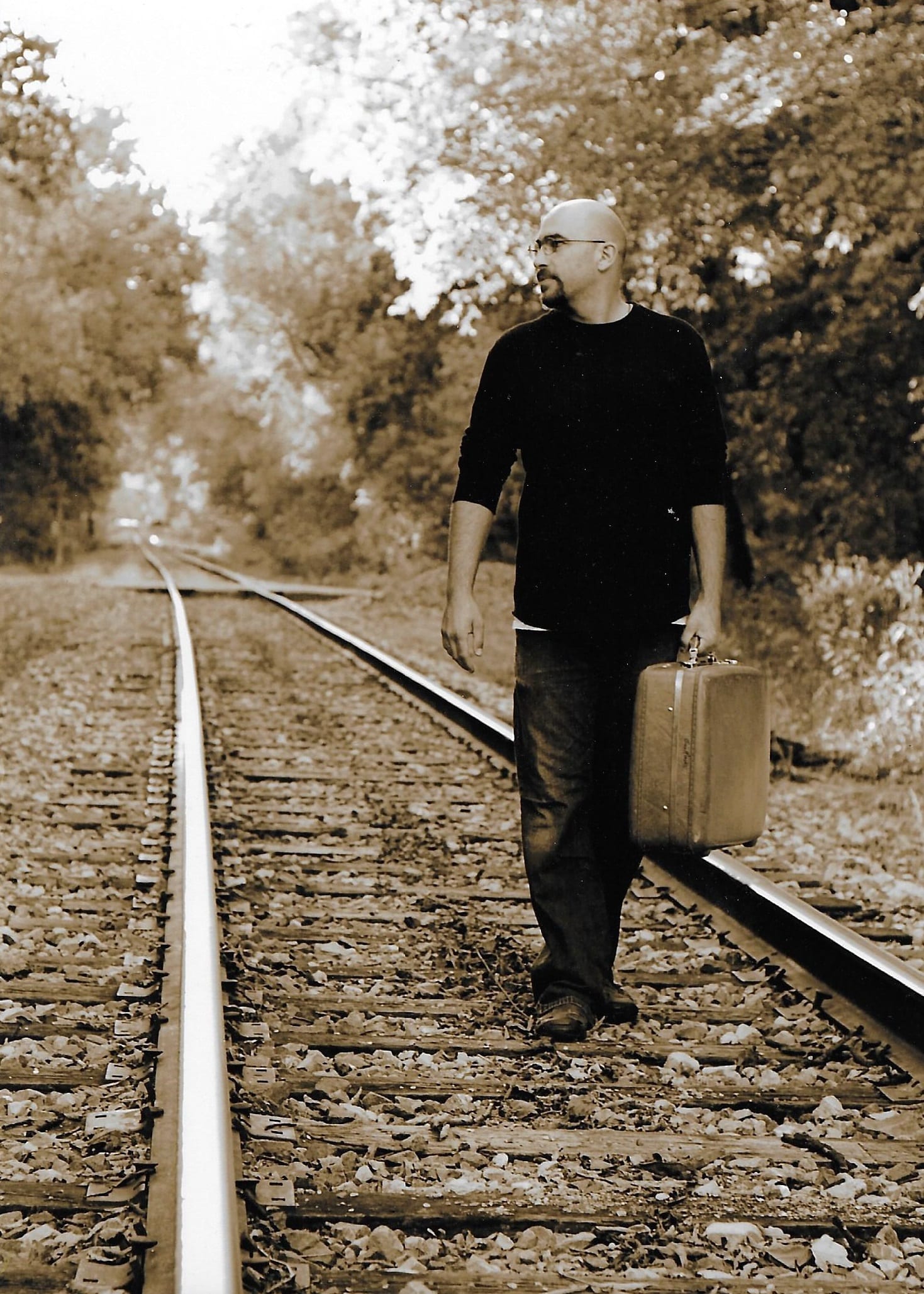 The career of David Frederick Heatwole as an artist may have begun 238 years ago when his ancestors arrived in the Shenandoah Valley from Germany. The immigrant Heatwoles were craftsmen and storytellers, and today at the age of 45, as an 11th generation artist, David Heatwole lives and works in the shadows of Cleveland, Ohio. His father, a renowned sculptor of fantasy, folk lore, and much more fostered Heatwole’s artistic pursuits, and his mother’s carefree humor encouraged him to continually peruse the purity of discovery.

During his early years as an artist, Heatwole’s work consisted primarily of drawings that were very detailed and laborious to complete; each piece told an elaborate story within its meticulous lines. His education in commercial art and illustration allowed him to continue telling stories and working with mediums within his comfort zone – pencil, charcoal and pastels, but it did not thrust him into his realm of timidity – painting.

It was not until he experienced one of his life’s biggest challenges in 1996 that Heatwole found the impetus to delve into a completely new artistic style. During this time of transition, it was as if he’d found his dormant voice. In a whirlwind of creativity, he turned anything he could get his hands on to in to art. His new work was prolific and more contemporary, in the style of automatic surrealism. It had an instant appeal and sold quickly. Acknowledging his new abilities, Heatwole took the pseudonym, David Johnson, to reflect the vibrant energy displayed in this new work.

Heatwole’s artistic career hit another turn in development when Heatwole experienced a spiritual evolution that caused him to re-think his reasons for creating art. It became clear to him that the work of David Johnson was now insufficient – it needed depth. His mission became to create art for a purpose, rather than merely for the sake of creation. Using the techniques amassed while creating under the name David Johnson, Heatwole’s work matured, now illustrating eternity and synergy. Heatwole had come full circle, again telling a story. Armed now with talent, skill and maturity, Heatwole took a pseudonym for David Johnson, and began to produce work as D.J. Priest.

The majority of D.J. Priest’s work is in two styles - pop iconography and three-dimensional paintings. With the use of 3/D glasses, these 2-dimensional images painted on canvas seemingly become 3-dimensional – with the canvas disappearing, and atmosphere taking its place. The illusion transcends the traditional experience of viewing art. These inventive images by Priest challenge the mind to go beyond what is immediately seen…to look at a different dimension of reality. While art often inspires thought about the piece’s meaning or symbolism, Priest’s most popular works to date inspire people to become part of the work – and to think creatively and in innovative ways.