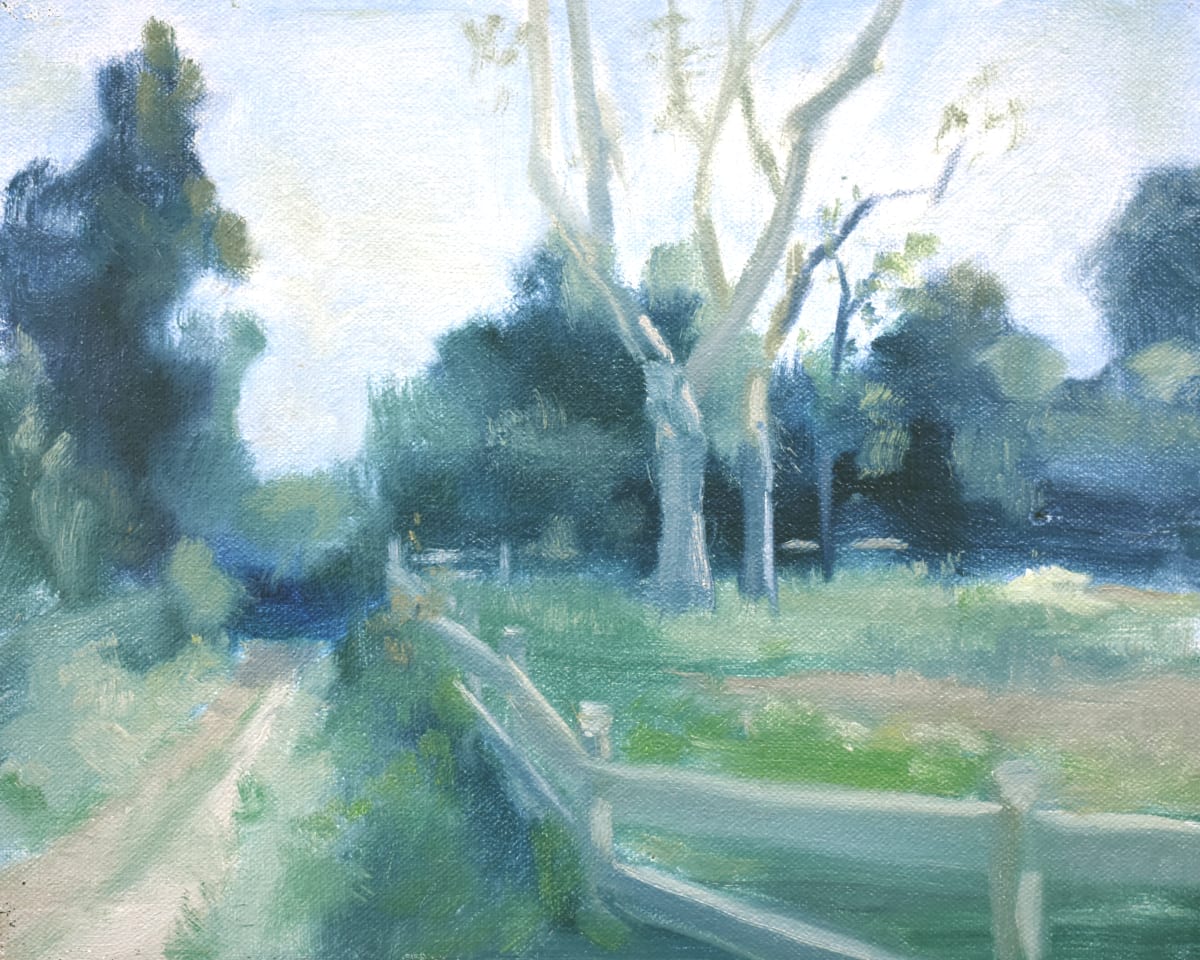 The Equestrian Trail by the Abandoned Lot

This one was done on the Botanic Trail in Rolling Hills Estates, next to the SCBG. This lot was where Roz and I used to pet the horses that were stabled next to the white fence. The woman who lived there was unable to continue maintaining the house due to age. Although the house still stood, the lot was cleared and became virtually vacant. The Eucalyptus trees were stark in comparison to the way they were when I painted this spot earlier. (Along the Botanic Trail).

I positioned myself and my easel on the embankment in the weeds. I only had a short time as Roz and I were about to attend the classical concert at Rolling Hills Methodist at 2:00 PM.

The time was about 12:30 the sun was straight overhead and glaring. It was an unusually warm day. The quality of the sunlight and the clearing of the lot suggested to me a timelessness. Even the fact that I was standing there painting it made me think about how somethings remain while other things stay the same.

I used "the Curtis Green palette" of Rublev colors. I probably toned the canvas with a light yellow first, then massed in the trees and shadows with French Ultramarine and went from there.

Once it was finished, we headed back to the church, walking. I brought the painting into the Narthex and displayed it. It was announced by Charles Dickerson to the audience that the painting had just been done. That was a suprise. He seemed to like it a lot and we joked that it was making its debut right then and there, no other eyes have seen it and that it painted only a hour ago.

I love this painting

Other Work From Curtis Green 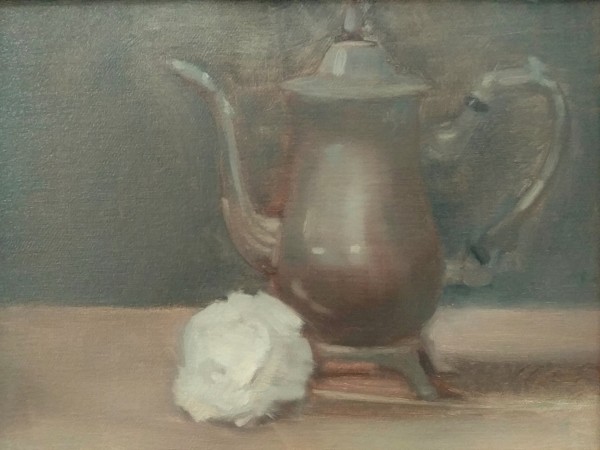 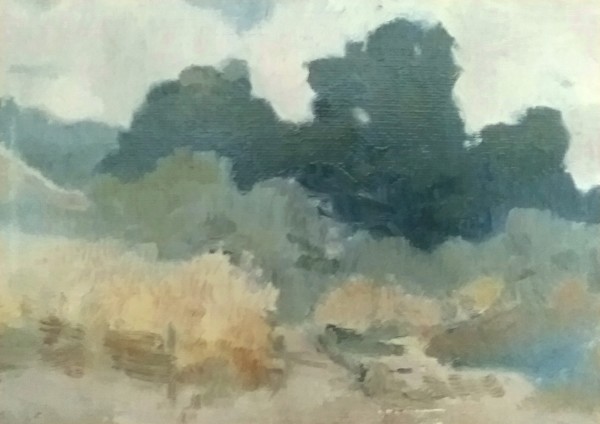 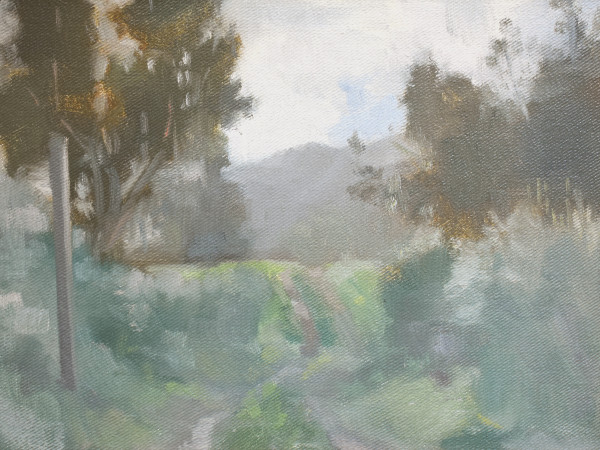 See all artwork from Curtis Green