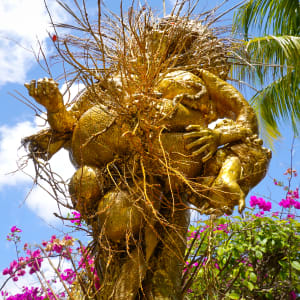 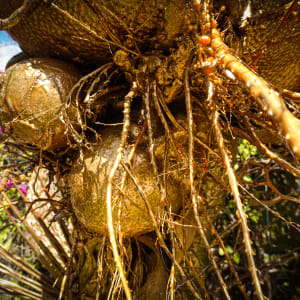 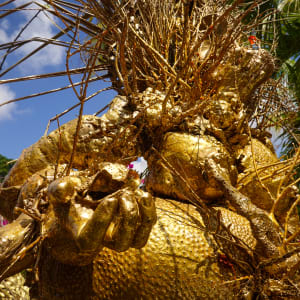 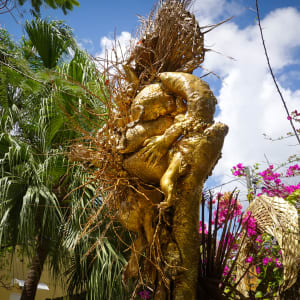 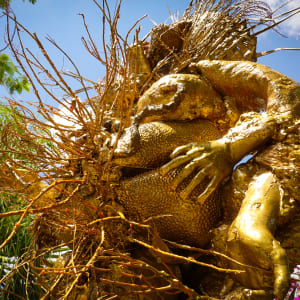 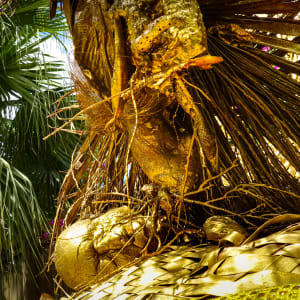 Camino Umbligo is a procreative effigy figure composed of intimate waste, environmental ephemera and domestic construction materials grotesquely arranged in sedimentary layers of brilliant gold. Umbilical Path is the direct translation of the work's title, as a memento monument. Part of a triptych installation the artist created after collecting littoral litter for 4 years along the seashore in Miami beach with her daughter. Dead coral, sponges, chancletas, palm husks, palm stamens shells and straws are among the refuse ingredients in the sculpture the artist refers to as "gifts from Yemaya" that were reclaimed after climate pulses including hurricanes, tropical storms and moon tides.

The process of creating the figure into a sculpture is the result of a birthing justice collaborative reproductive health project called the Mama Spa Botanica. Cast from a combination of pregnant people's body parts including the artist and her BIPOC neighbors (Catherina who appears most frequently in the Mother Mold series), the intimate and environmental debris is formed into the Mother Mold prototype and layered with multiple pours of floor resin, industrial adhesive, nail salon paint, interior latex paint, landscape marking paint and spray paint.

Historically, the work conjures the intersecting forces of global South liberation mythologies and American colonial legacies with the "Chancletazo", the Legend of El Dorado (Lost City of Gold), and shrunken head mummification techniques of the Americas. Woven Old Man and coconut palm fronds archive the funerary and domestic architecture traditions of island nations ranging from the Caribbean to the South Pacific where the artist first learned roof thatching membrane techniques that were also used as headstones to commemorate the transition of her ancestors. The artist's head appears twice in this work- one crowning through the figure's threshold and the other at it's feet which are replaced by coral growth. 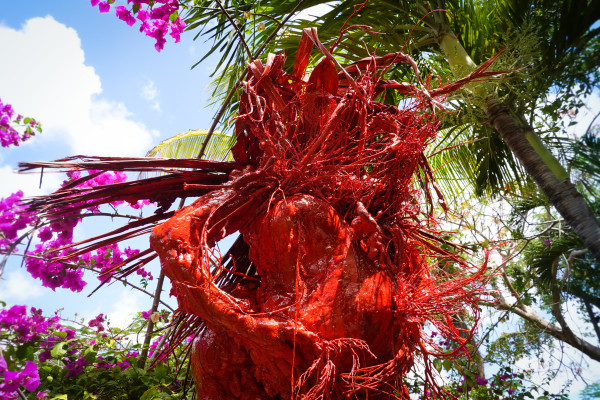 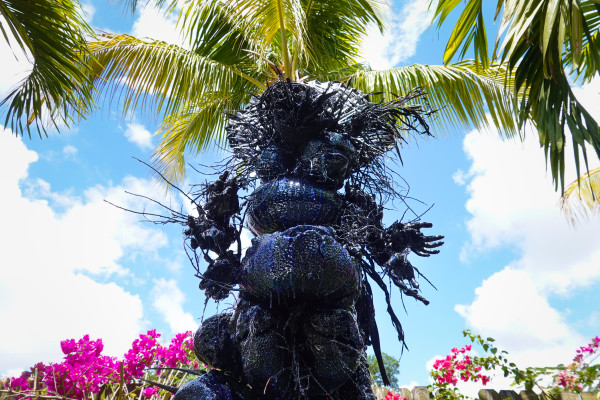 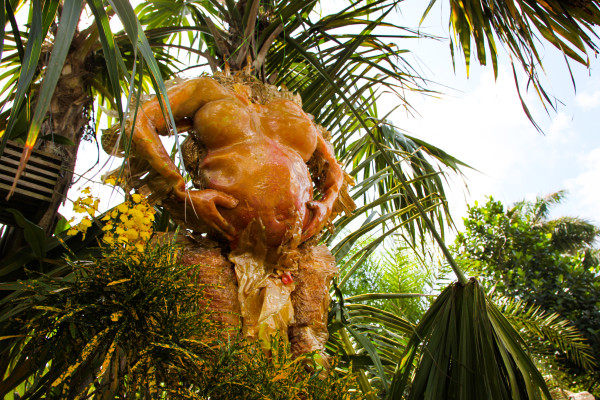 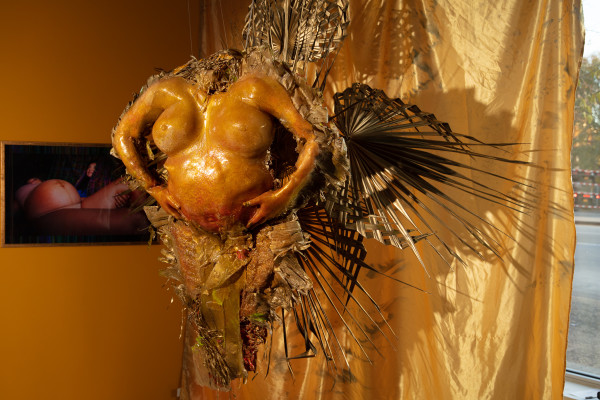 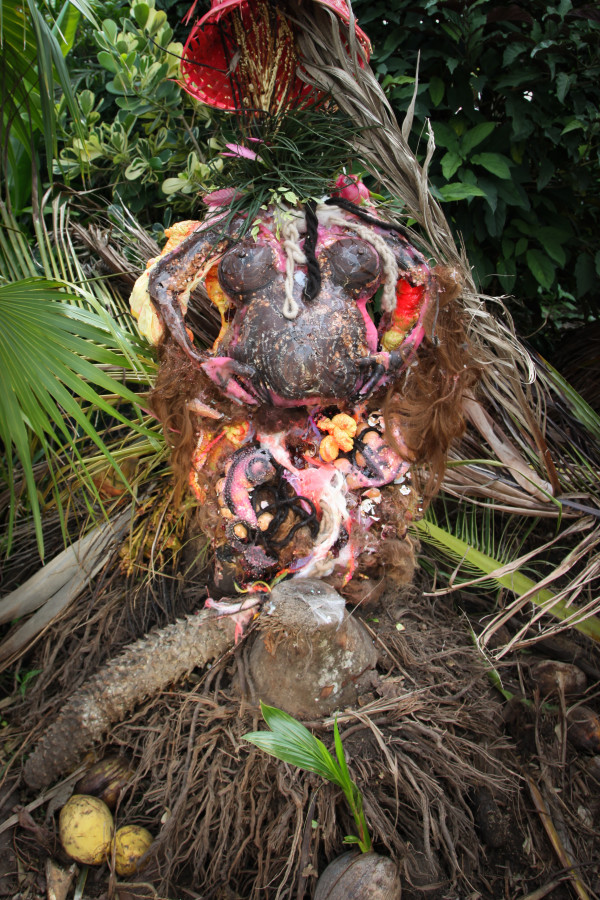 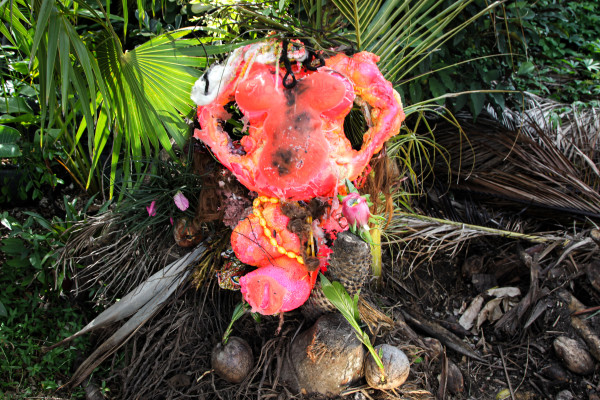 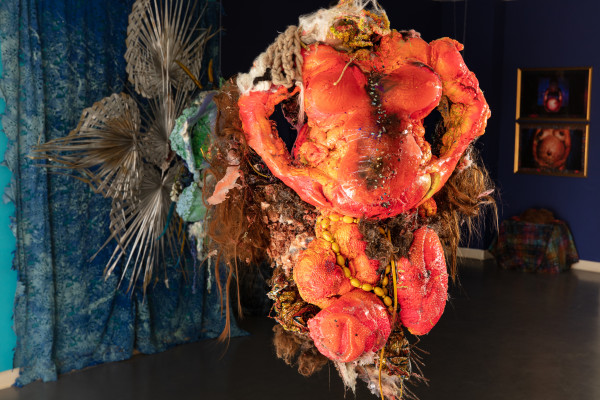 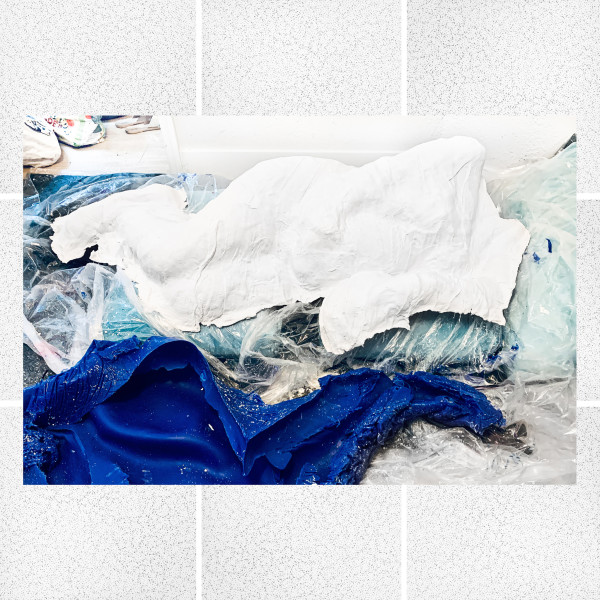 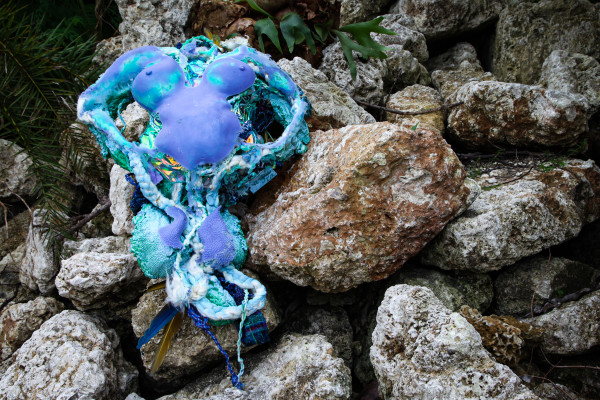 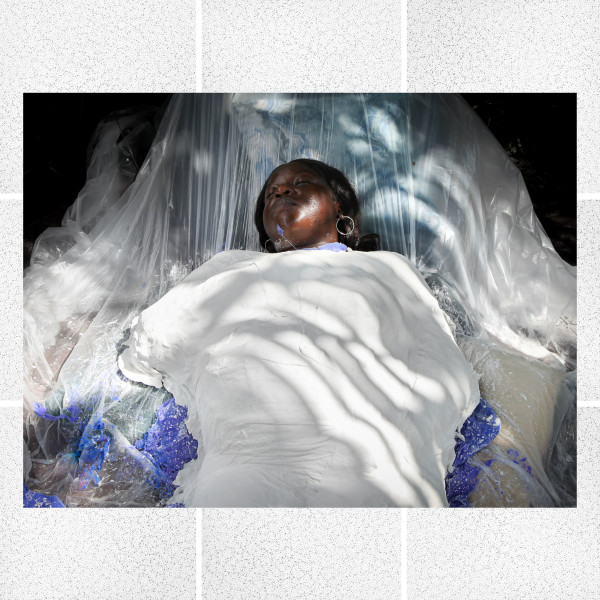