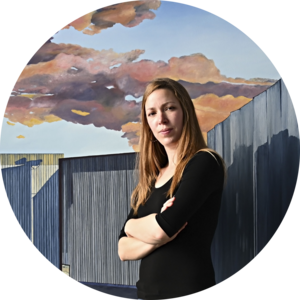 Painter of the In-Between 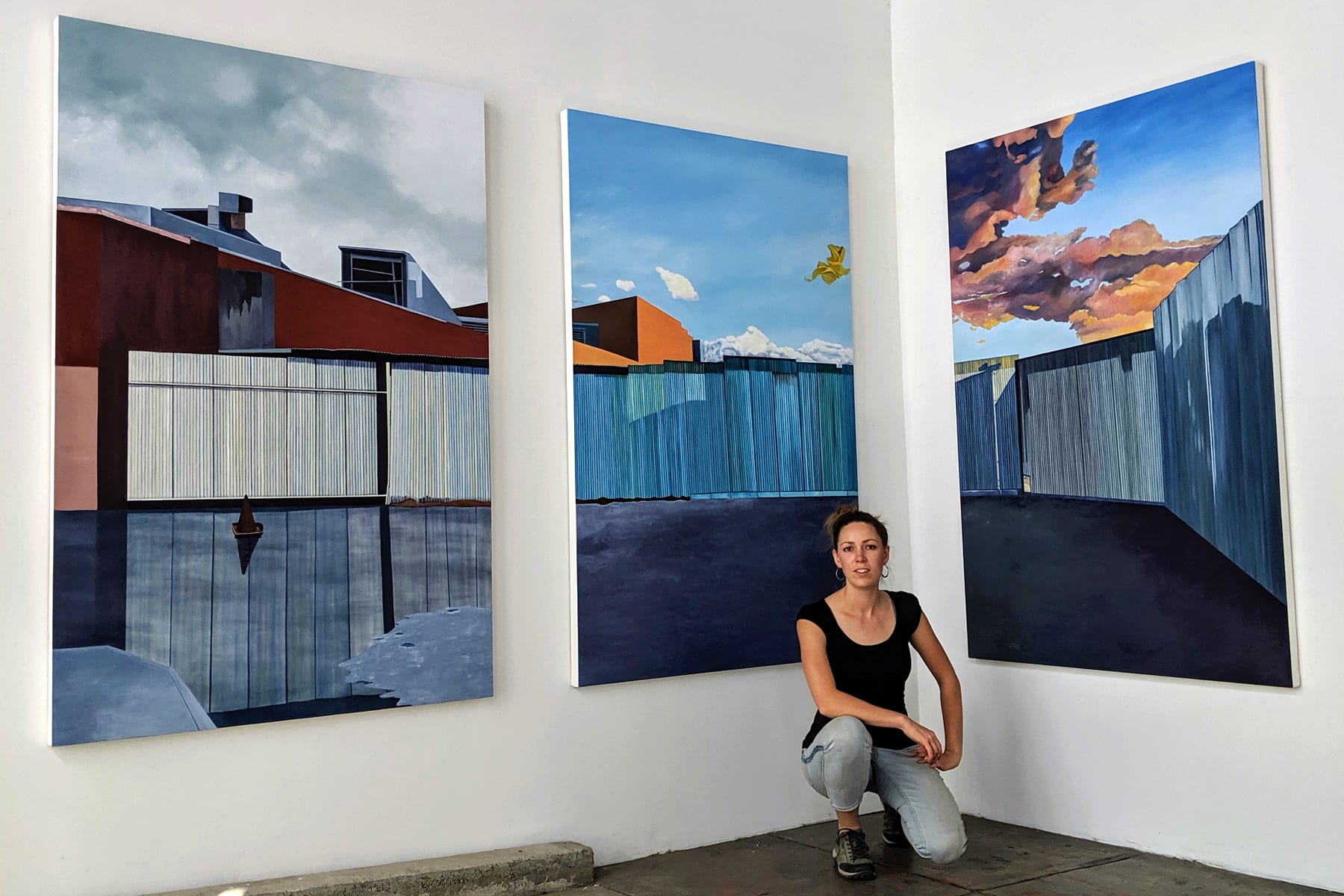 CHRISTINE RASMUSSEN is an American artist raised in Pakistan, Vietnam and the United States. Now based in Los Angeles, Rasmussen earned a B.A. from U.C. Berkeley in Art Practice and Peace & Conflict Studies. She has exhibited in multiple juried exhibitions, including at George Billis Gallery LA, LAUNCH LA and the Brand Art Center. Her work has been featured in numerous publications including ShoutOut LA, Artillery, Art & Cake and Voyage LA. She was commissioned by Imagery Estate Winery for their Artist Label Program and her work features in the Hilbert Museum of California Art. Rasmussen’s paintings explore the in-between spaces of nondescript urban landscapes that hover between familiarity and imagination.

As a painter I investigate the in-between, depicting cityscapes that hover between familiarity and imagination. In observing these urban spaces devoid of people, I play with the dichotomies of memory versus daydream, belonging versus aloneness, and even narrative versus abstraction; the “story” continues off the canvas, letting the viewer’s imagination step in.

These themes interest me as a global nomad who has often found myself hovering between multiple cultures, time zones, languages and identities. Close observation of my surroundings in every city I encounter reveals recurring symbols, themes and similarities that ground me in shared humanity. My paintings capture spaces that most people pass daily but don’t notice. In documenting them – and often beautifying the banal through my bold color choices, dramatic skies, or shadow play – these everyday spaces become worthy of contemplation.

On one hand, a corrugated metal fence is a barrier, a boundary, a dividing space signifying the aloneness and disconnection common in today’s societies. On the other, the fence is also a common building material used all over the world, often as shelter, and serves as a point of familiarity even in a foreign place, evoking a sense of connection. Through capturing these commonalities – the wondrous details of urban environments – in my paintings, I explore the many complexities and multiple identities of our rich inner lives.

Working from my own reference photos, I distort space, light and distance to create dreamlike environments and specific moods. The viewer fills in the rest with their own experiences or imaginings.