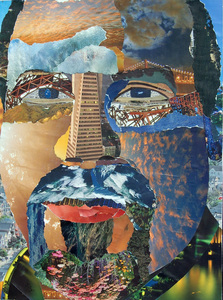 While striking his own path, Charles Stup, a Signature Member of the National Society of Artists, credits late nineteenth century French Impressionist and early twentieth century California Impressionist artists as strong influences on his work. Using oil or pastels as a medium, the artist enjoys the spontaneity and freshness of painting on location:

“I like to strike a balance between representation and abstraction in my art. I wish for my paintings to convey an image of a recognizable object or scene but also to leave something for the imagination. I generally draw my subject matter from real scenes which I’ll paint onsite, or otherwise I’ll paint in the studio scenes from my plein air studies. But I always enjoy painting loose so the result is my own interpretation of the scene and so that it conveys the emotions which I felt at the time of the creation of the work.”

He has developed his technique through extensive practice, formal education, and a multitude of workshops with respected painters from around the country. His award-winning work has appeared in shows and exhibitions throughout the United States and is held in various private collections. He resides n the Central Coast of California.