Audrey is from Atlanta, Georgia and uses her enormous vibrant energy to fuels her artistic and creative flair into the realms of mixed media and abstract art. 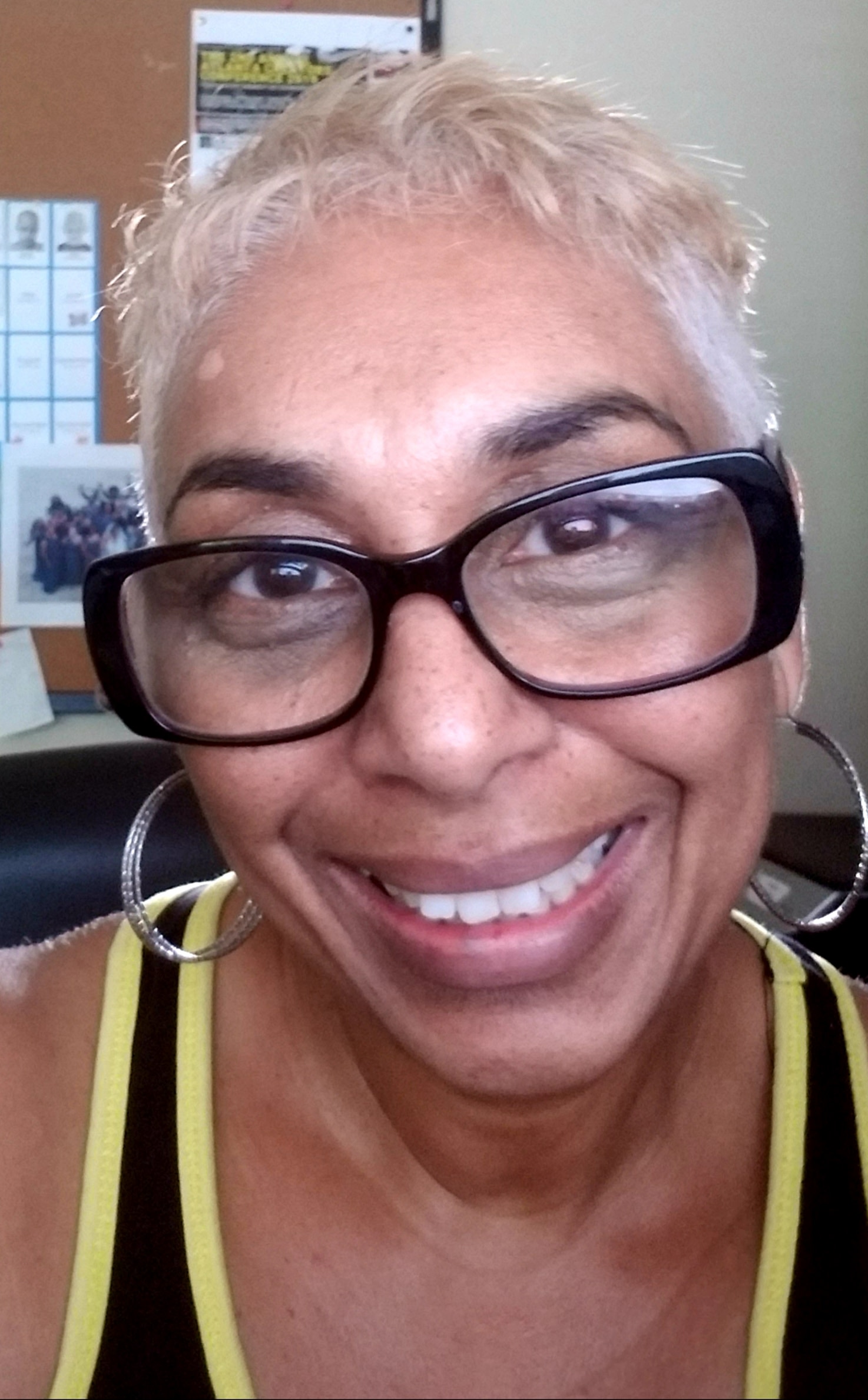 Audrey is married to storyboard artist, concept artist and book illustrator, Brian McGee and, together, they have a blended family consisting of four children and five grandchildren.

Audrey has always had an enormous vibrant energy which has fueled her artistic and creative flair.

Having learnt to read at an early age, Audrey was always very curious about the world her, how everything worked and how to make the best impression. As she grew into her teens, Audrey was lucky enough to have a tenacious spirit that allowed her to experiment with entrepreneurial ventures, thus discovering talents and gifts that she would later use as a backdrop to her life.

She began singing, songwriting and producing her own material in 1982, and, 1983, she was signed by Sir Peter Waterman, the owner of PWL Records and All Boys Music, as a singer/songwriter and then signed a major recording contract with Polydor Records.

In 1988, whilst working for avid art collectors, Sir Paul McCartney and the late Linda McCartney at their private offices in London, UK, Audrey developed an appreciation for the fine arts and was inspired by some of the world's most prolific abstract, impressionists, pop and cubist artists of our time. From the neo-impressionism of Vincent Van Gogh and early works of Pablo Picasso, to the electrifying and thought-provoking works of pop artist Peter Max, Andy Warhol and Jackson Pollock,  Audrey's eyes, soul and spirit would, literally, experience the full impact and energy of these incredible artists, their works and the intricate interweaving of paint, colors, fabrication, media and elements that brought a canvas to life!

After leaving her native land, England and arriving in Georgia, USA in 2009, Audrey quickly went ahead to set up her vocal and performing arts academy and, in 2012, with her husband, Brian who is one of Atlanta's most sought after storyboard artist and concept illustrators, they established B.R.E. Productions International, Inc which, collectively, pools in their many varied and complementary talents as a singer, songwriter, photographer and vocal & and performing arts coach.

Being an artist himself, Audrey's husband quickly recognized that his wife had an artistic pizzazz for art, color, dimension and feel and encouraged her to explore the passion that beginning to rise in Audrey's spirit.

Audrey began to study and observe the works of Diego Rivera, Frida Kahlo, Mark Rothko, Salvador Dalí, Jean Michel Basquiat, Mark Bradford, Henri Matisse, Paul Gauguin, to name just a few, and became increasingly fascinated by the way in which these artists would create their works with so much uninhibited freedom. This was something that she truly admired greatly and inspired her spirit to explore, and thus her journey begun, and thus, her journey begins!

After months of immersion in which Audrey started to doubt her ability as an artist, she suddenly found her “mojo" and discovered the elation of exercising a carefree, uninhibited and unrestraint essence that would allow her to delve head on into the realms of the mixed media movement.

Feeding and fueling her creative expression gives her the opportunity to explore, create, discover and delve into areas of her artistic learning curve that she never thought would be possible.

With intense hues, varied tones and organic materials, Audrey feels that every scrape of a pallet knife, splat of splashed paint, tear of paper and zap of acrylic or watercolor allows her imagination to soar and run free.

And, with integrating her photography work with her mixed media art, Audrey is driven by her passion to explore new forms of expressions.

Audrey’s passion for art mirrors her love and elation that she experiences when she writes a song so beautiful to her ears that everything falls perfectly into the right place. She has found that composing a well-crafted song or artwork which encompasses all the subtle and integral facets, harmonics, complementary tones, textures and flow creates BEAUTY! When spirit, body, soul and creativity are in union - then the MAGIC HAPPENS!

Audrey is extremely excited about the journey ahead and is dedicated to creating an eclectic collection and immerse herself into the realms and exploration of medium, substrates, hue, texture, value, tone and artist expression.

"The joy and adoration of art is not just something that is merely pleasant to the eye but also something essential for the soul to thrive!"