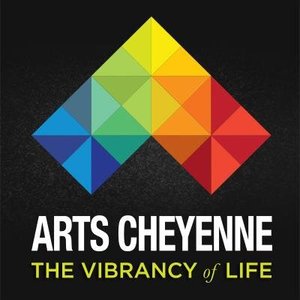 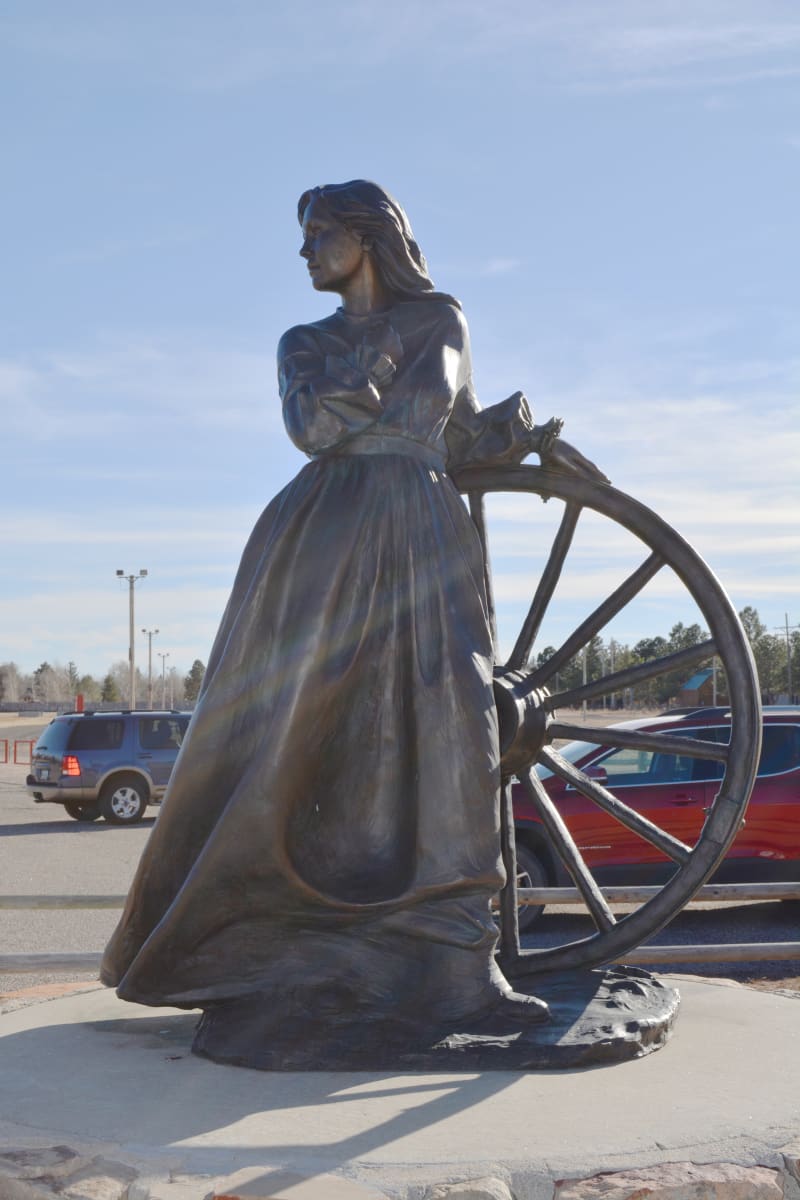 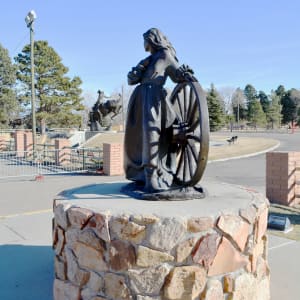 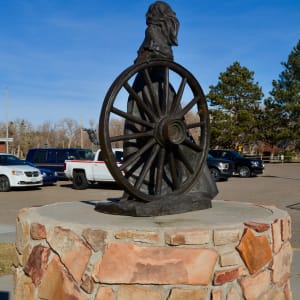 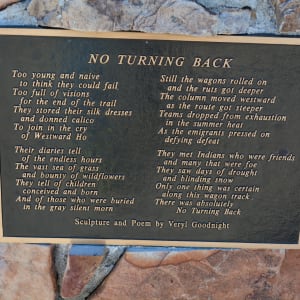 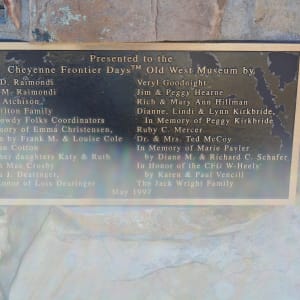 "No Turning Back" is a life-size piece reflecting the commitment the settlers made when they decided to homestead in the American west. It was installed just outside the Old West Museum in 1997 and was made possible by gifts from local supporters of the Museum.

From the sculptor:
"No Turning Back is without a doubt one of my most significant works. It seems to be timeless in that it has been reproduced on the cover of a CD album in which a song was composed from the accompanying poem I wrote. Arizona Highways used an image of the sculpture on the cover of a book titled "Stalwart Women". 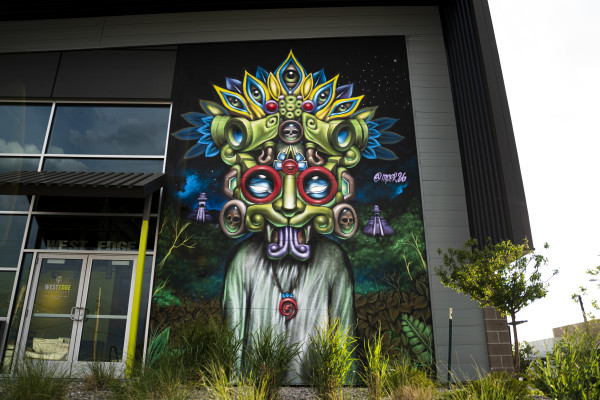 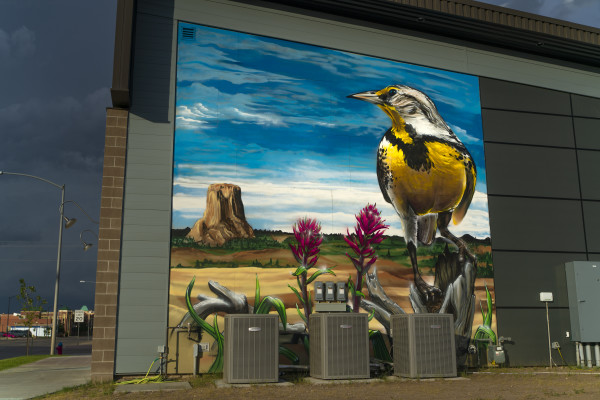 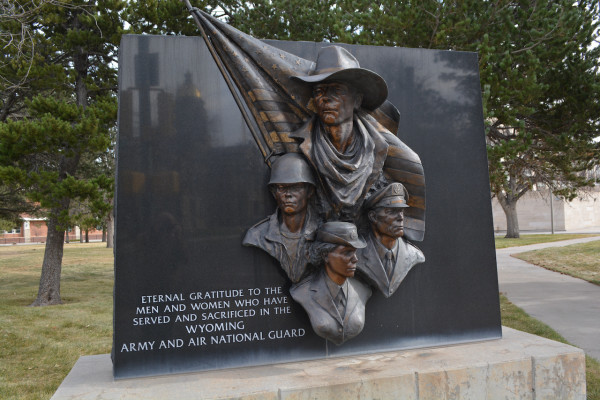 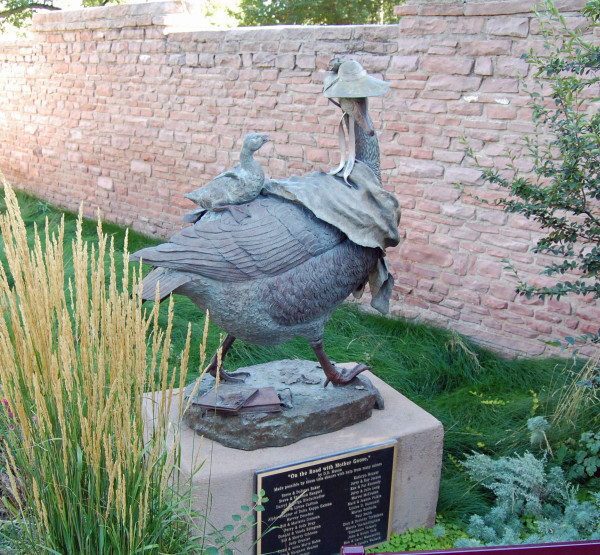 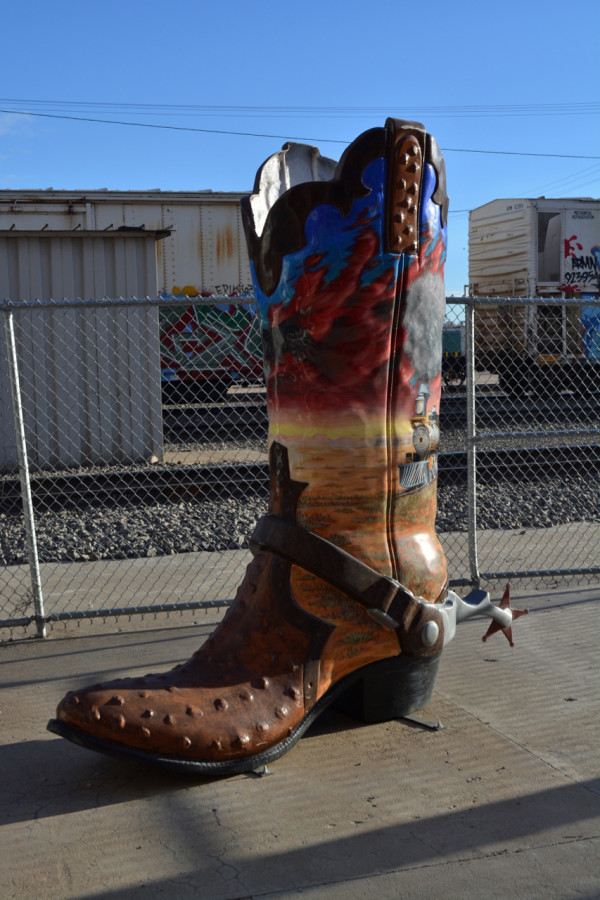 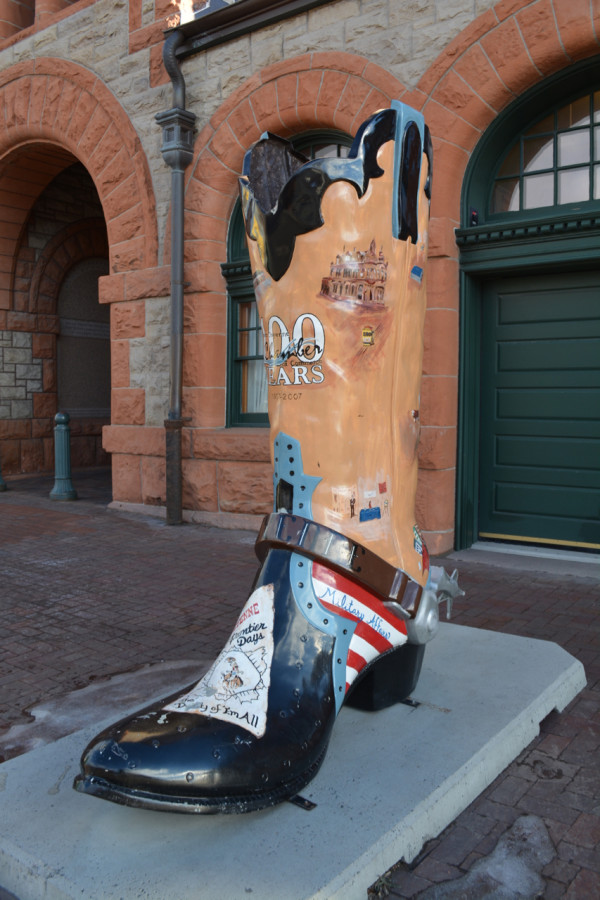 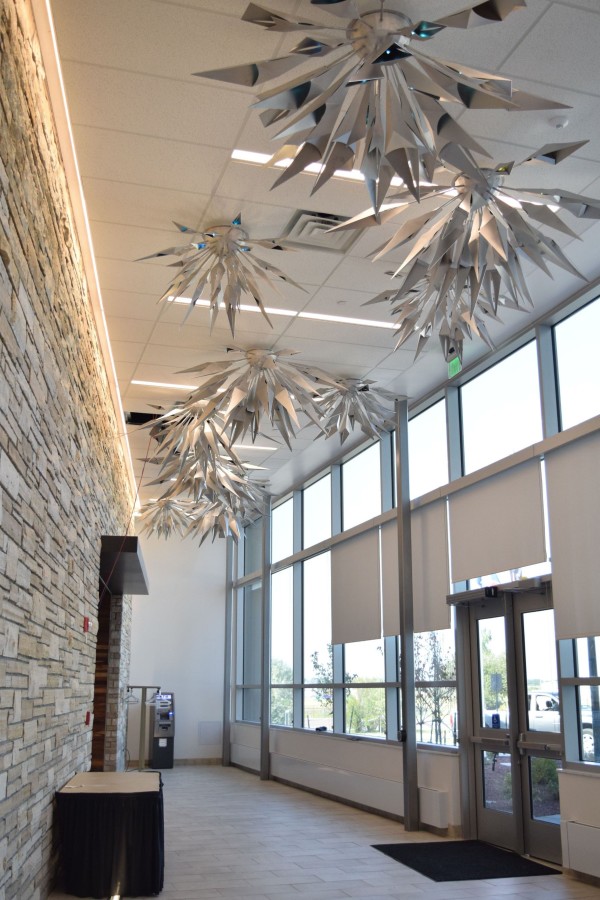 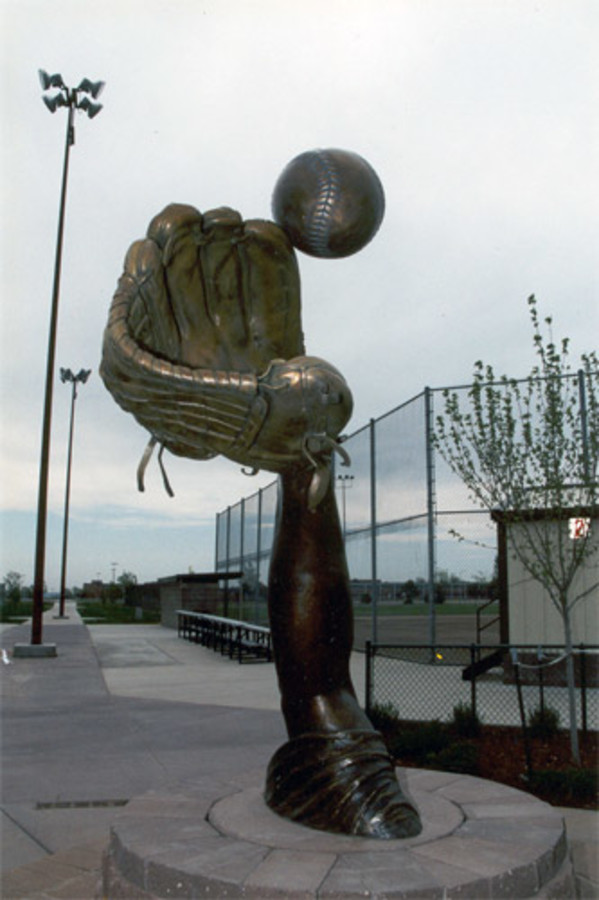 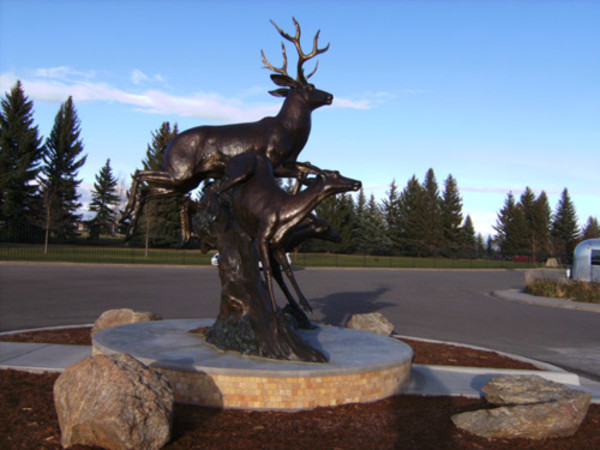