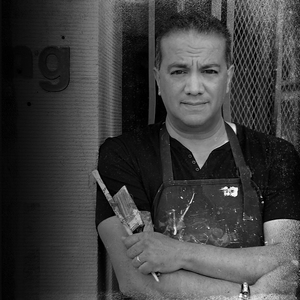 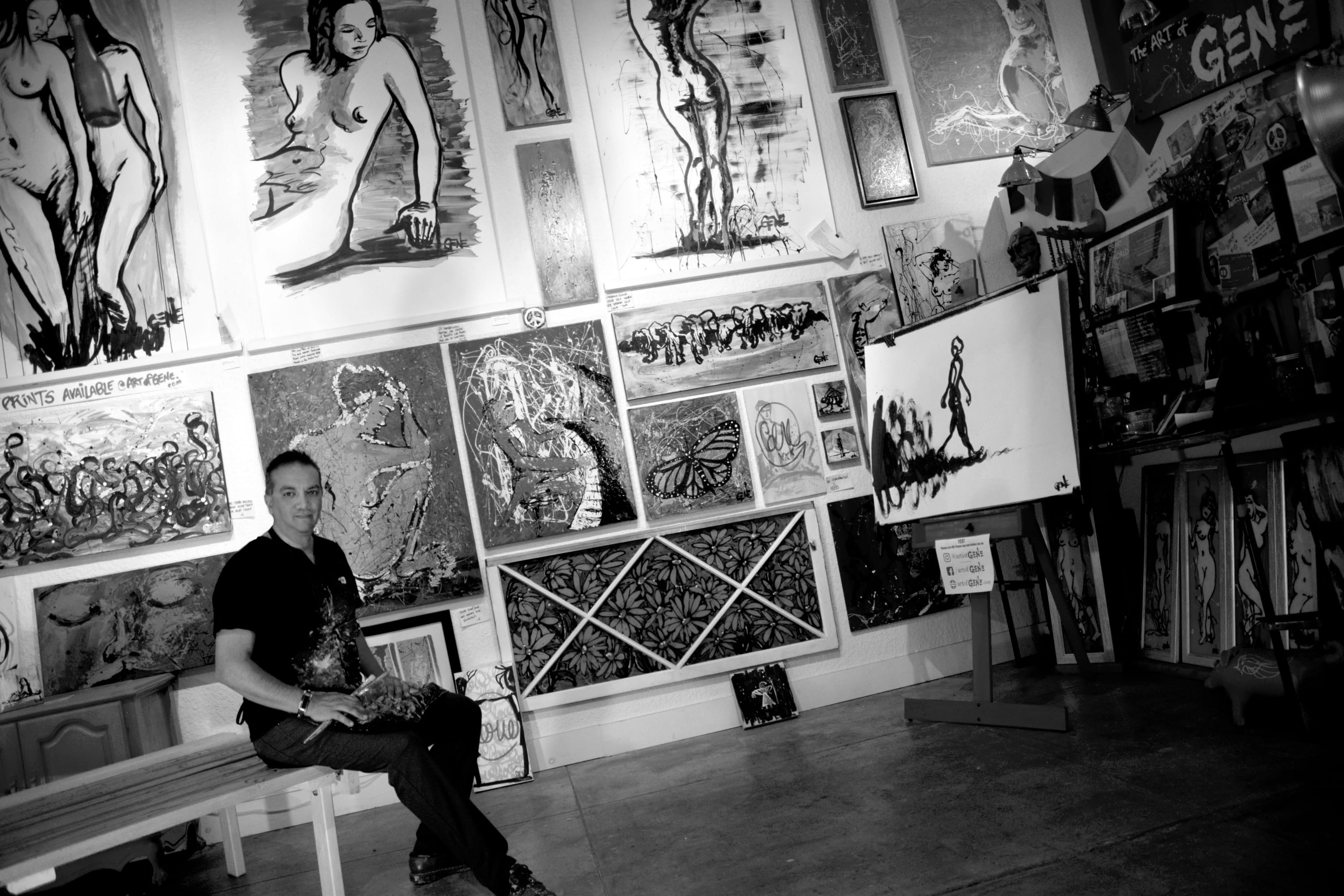 Born in Santa Ana, artist GENE’s art reflects both pride in his Mexican-American roots, as well as his family’s history in settling Southern California. With vibrant energy and vivid colors jumping from the canvas, GENE draws inspiration from simple movement and the beauty of the human form, capturing the energy and rhythm of the moment, individual and whole. GENE’s images evoke not only the motion of the body, but also the intangible movements of the wind, atmosphere, energy and the music that make up the dance of life.

GENE has a lifelong fascination with the origins of humanity and the warrior spirit. He is an avid researcher on ancient cultural origins and the practice of discovering ancient wisdoms. GENE is intrigued and influenced by the ancient culture of the Samurai, the ancient code of the Bushido and Asian art. His training in Shodo, Zen line art and Chinese calligraphy, as well as animation, are apparent in the fluid line and ephemeral nature of his images.

In allowing the painting to come forth, GENE works intuitively and spontaneously, to let what is seeking form to emerge from the erratic yet deliberate gestures of his hands as paint and ink meets the horizontal canvas. As an artist, he strives to portray “the human spirit at play.” From the energetic figures in his paintings, to capturing the power of the feminine spirit in his fine art nude photography, to his illustration and life long fascination and work in the comic book world, GENE is truly a multi-medium and multi-dimensional artist. He is proficient not only in painting, photography, calligraphy and comics, but is considered fluent in the disciplines of torch glass blowing, koi fish raising, woodworking and plays the native flute and is a personal mentor to many emerging artists.

GENE has shown in galleries from California to New York, in solo exhibits, as well as group shows, while also producing comic books, photographic narratives and creating visual branding for multiple successful entities. He lives in Orange County, California with his wife and two children, establishing his renowned personal studio/gallery as the heart of Historic Downtown Santa Ana’s famous Artists Village.

"My art is based in the human soul. I create with the natural creative energy we are all born with. I think we as a species forget we are the species that has choice to create whatever we choose. I seek to remember the creativity that I a capable of rather than trying to gather knowledge that may or may not serve me. My intention is for people to see their own humanity, creativity, imperfections and wisdom in my work. At the end of the day, art ‘is’ the story of us."