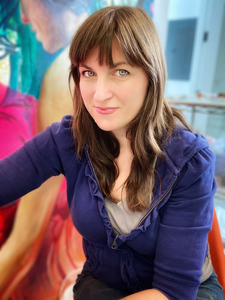 Collection: "Angela Fraleigh: Our world swells like dawn, when the sun licks the water" at Inman Gallery x

Inman Gallery is pleased to present two concurrent exhibitions to celebrate the gallery’s 30th anniversary: Our world swells like dawn, when the sun licks the water by Angela Fraleigh, and IN PIECES ON FIRE by Robyn O’Neil. The exhibitions present new bodies of work by each artist.
Opening Saturday, September 12, they will continue by appointment through Saturday, October 31, 2020. In lieu of a public opening, there will be public programs via Zoom scheduled throughout the run of the exhibitions.

Angela Fraleigh’s lush and complex works mine the history of academic and avant-garde painting, and are often created as site specific projects to recontextualize the unique collections of public institutions. Our world swells… consists of five large, immersive canvases from two bodies of work. Three of the paintings were part of Fraleigh’s recent solo exhibition commissioned by the Delaware Art Museum in Wilmington, Delaware. Sound the Deep Waters responded to the institution’s strong holdings of Pre-Raphaelite paintings and American illustration using the lens of historical narrative art to explore contemporary issues of gender and identity.

She describes the exhibition as being “…part of a longtime project that asks, What if the female characters we’ve come to know from art history—the lounging odalisques, the chorus that whispers in the background—present more than a voyeuristic visual feast? What if these characters embody a flickering of female power at work? Can we see these passive characters as subversive and powerful? And if we do, how might it affect women today and of the future?”

These ideas are carried forward in her newest body of work, created on the occasion of the 100th anniversary of a woman’s right to vote. Two of the paintings are on view for the first time. While conducting research for the Delaware Art Museum exhibition, Fraleigh came across several first edition feminist texts from the 18th and 19th centuries with unique marbled endpapers, and some with unexpected provenances. She points to one book in particular as a source of inspiration: a copy of the “A Vindication of the Rights of Woman" by Mary Wollstonecraft, which featured a gift inscription to "Mrs Horace Brock with Dr Henry Biddle's respects and best wishes, January 1915". Mrs. Brock, was the President of the Pennsylvania Association Opposed to Woman Suffrage and Dr. Henry Biddle was a known suffrage supporter.

Fraleigh states, “I love that this gorgeous marbled cover, from a male suffrage supporter to a female anti- suffragist, came to represent something uniquely different to both of them, and that something so benign as a marbled cover could come to be a stand in for a revolutionary subversive text."

In Fraleigh’s two newest paintings figures emerge from a similarly hand- marbled background, but at a massive scale of 5.5 x 7.5 ft. In Take root among the stars, a work whose title references Octavia Butler's novel “Parable of the Sower,” three black women loom large, emerging from the marbleized paper and communing as the mythological goddesses the Fates. In both paintings, Fraleigh presents her women as archetypal, powerful figures who share and hold knowledge. The title of Fraleigh’s second work, With ready eyes, references transcendentalist author Margaret Fuller, whose book “Woman in the 19th Century” is thought to have inspired the women's suffrage movement. In Fraleigh’s composition, we see two female figures listening intently to a third figure reading aloud. Perhaps they are scheming with seditious intent or telling the tale of the hallucinatory feminist utopia that unfolds in the main gallery. 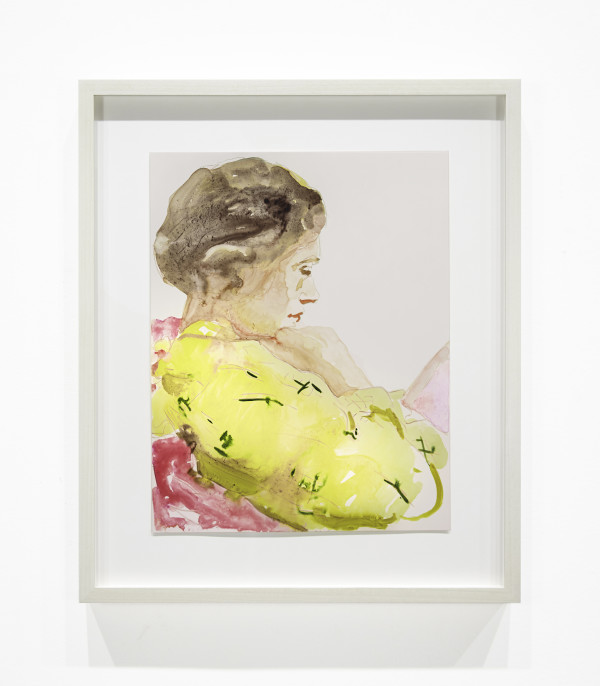 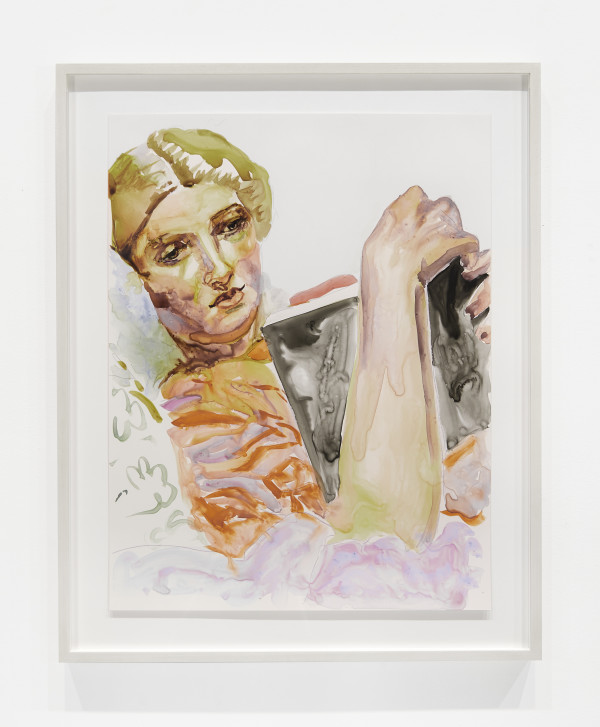 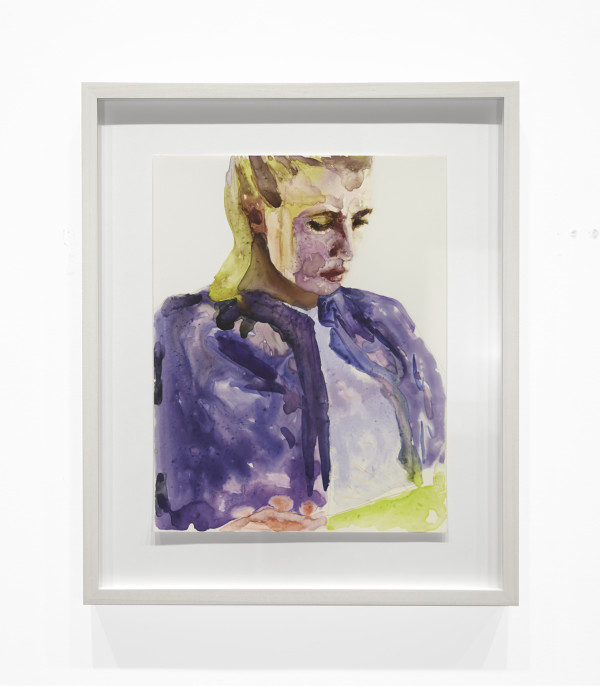 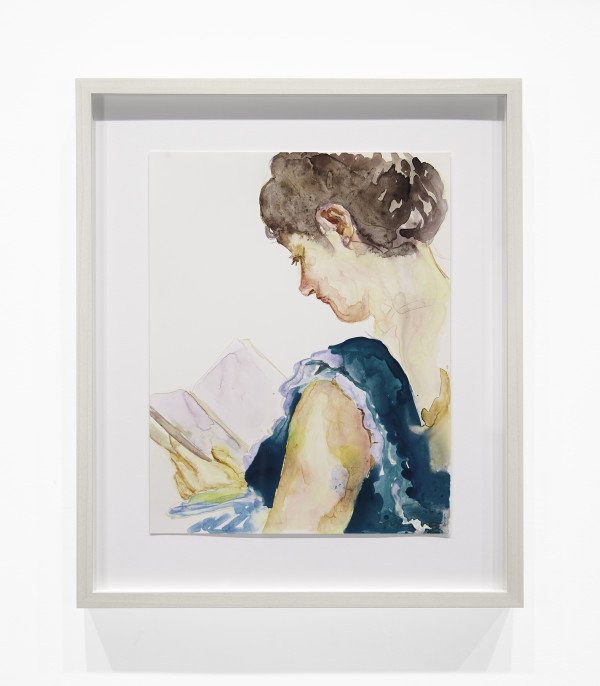 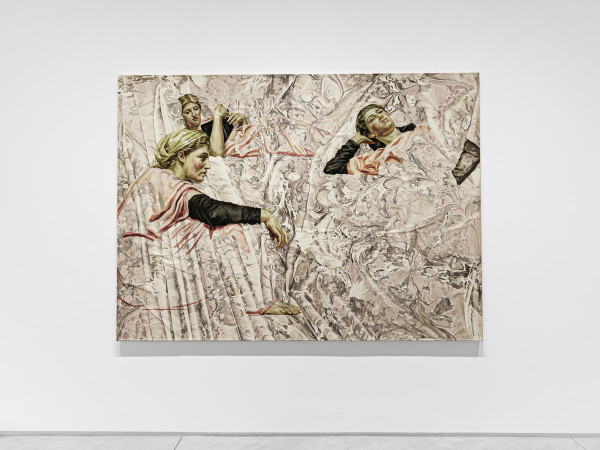 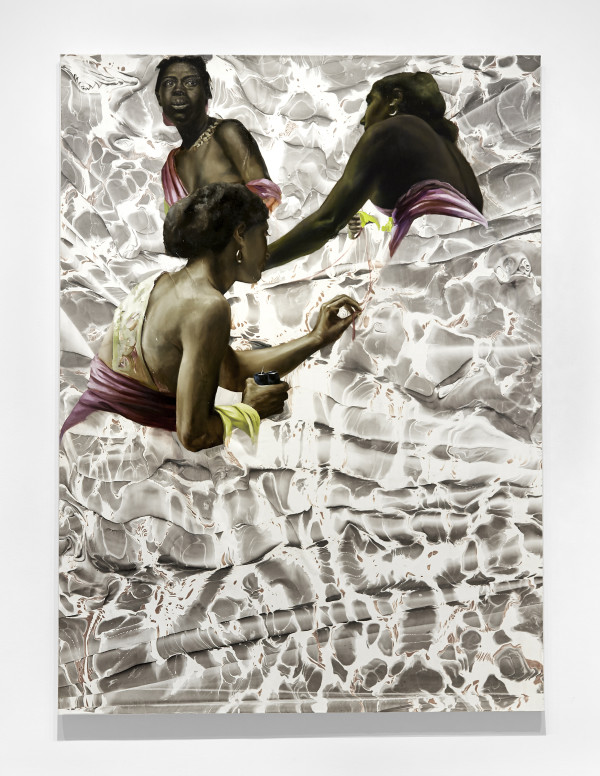 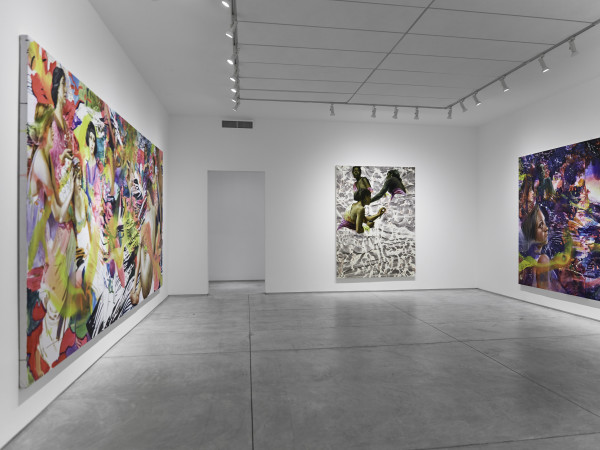 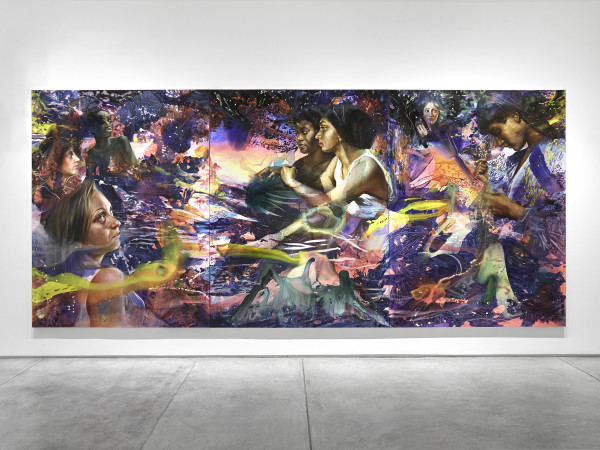 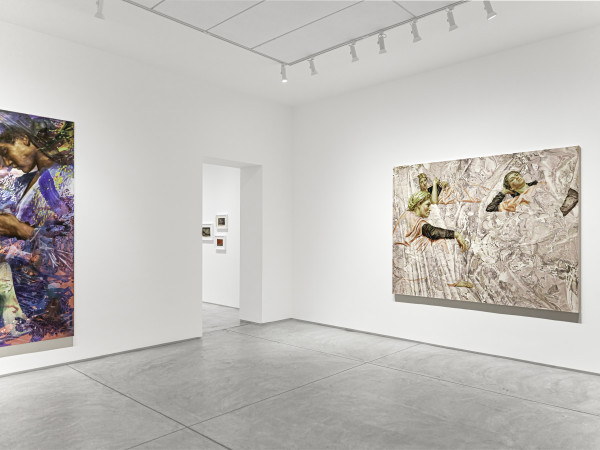 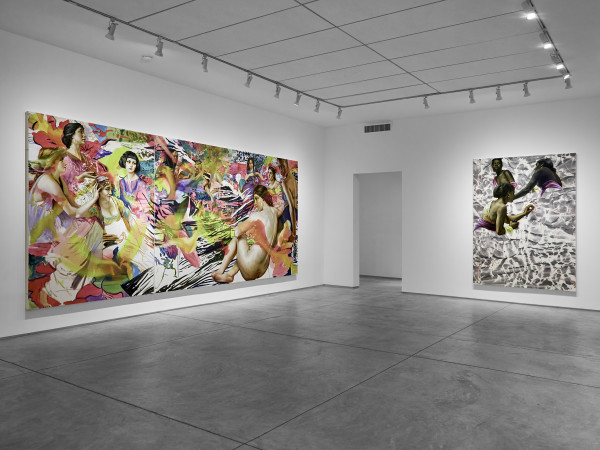 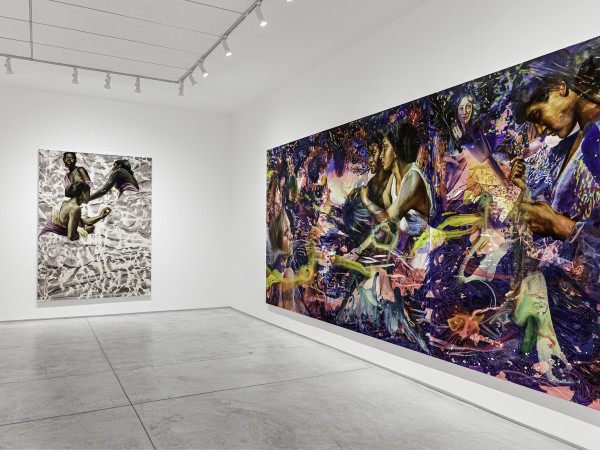 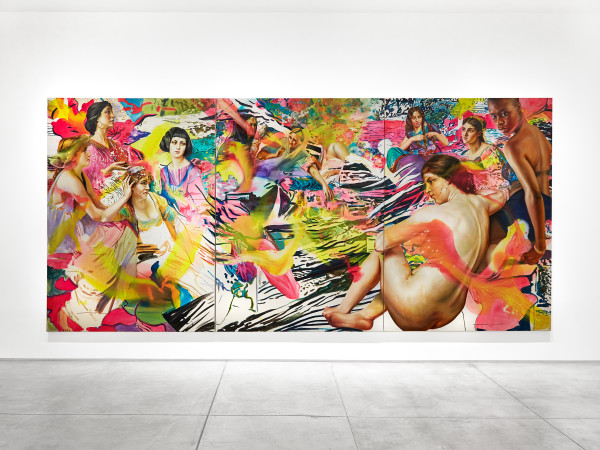